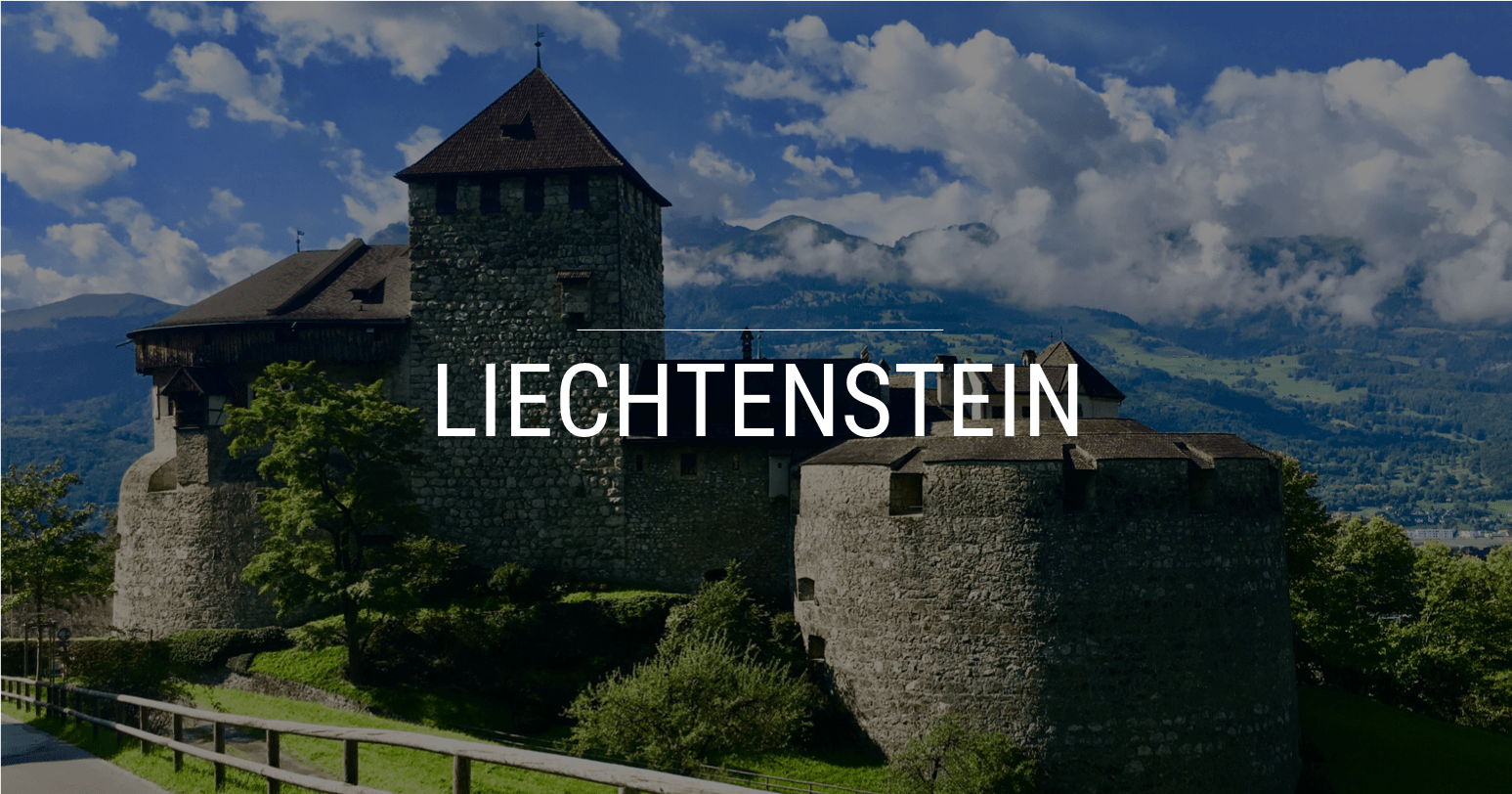 | 🇱🇮| There’s no doubt that when traveling, quality trumps quantity. Although I’ve done my fair share of quick weekend trips due to the restraints of maintaining a full-time job, many of my best memories have stemmed from extended exposure to one place – for example, spending two summers in France, co-founding an NGO in the Philippines or living six years in Singapore. It takes time to absorb and understand the intricacies of a new culture, build lasting relationships or learn a foreign language. These are the types of things that begin to change your perspective on the world in a big way, and, in my opinion, make travel the most rewarding.

That said, sometimes schedules get in the way and you can’t do things exactly the way you would like (probably the understatement of the century). I couldn’t tell you how many trips I’ve taken that I wish were longer or included more places. However, my view has always been that a short trip is better than nothing. Of course, traveling this way almost always requires more money and resources, but you’ve gotta go for it when the opportunity presents itself.

Regardless of your feelings toward the ‘quality over quantity’ concept, every avid traveler has a country count. It’s a way of promoting yourself and, even though travel is NOT a competition, a way of keeping score. It’s also fun! In early September 2017, I visited Papua New Guinea and the Solomon Islands which brought me from 97 to 99. Later in the month I had plans to visit my brother in Europe – he plays professional hockey in Finland. On the back end of the trip, I had one extra day before needing to return to Singapore. Of course, the thought of triple digits was top of mind and I was committed to making it happen.

When reviewing my travel map, the only non-visited European countries remaining were Belarus and a couple of specs – Andorra, Monaco and Liechtenstein. After an intense chess match with several flight-booking websites, Liechtenstein’s proximity to Zurich, flight options from Zurich back to Asia and the cost of the multi-city ticket made it the winner. Done. Booked. I was excited.

With only one day to make this happen, the logistics were as in order as I’ve ever had them. I arrived Zurich via Finn Air from Helsinki and immediately dashed to the Hertz counter to pick up a black Mini Cooper. From the airport to Vaduz (Liechtenstein’s capital) is just over 100 kilometers (63 miles). Siri indicated the total driving time to be one hour and 15 minutes. Like pretty much everywhere in Switzerland, it was a gorgeous drive. The weather was perfect which brought to life an impressive Swiss Alps display. Not to mention the entire drive is along the southern coasts of Lake Zurich and The Walensee. 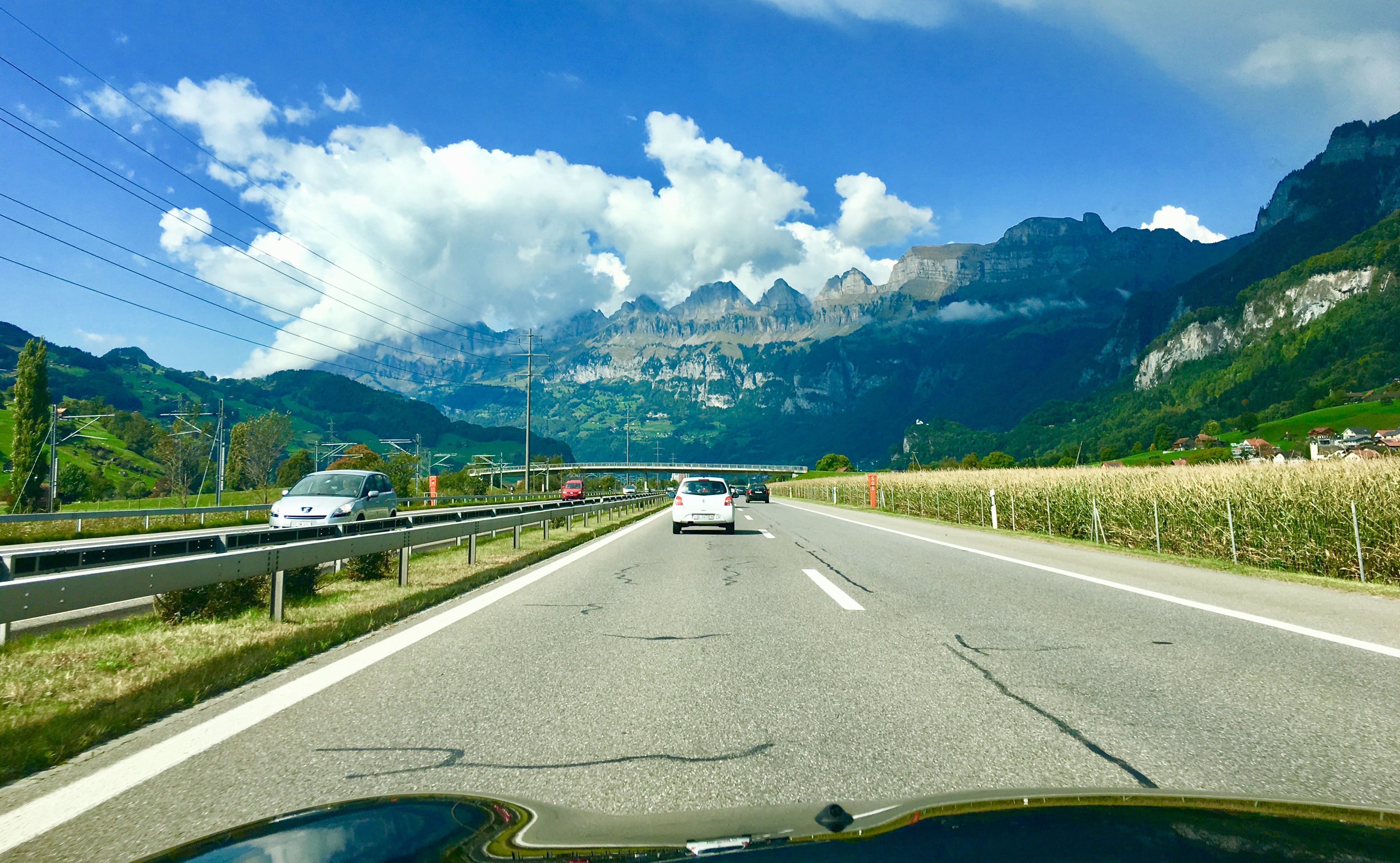 After passing through a handful of tunnels carved into the mountains, the road steers north near the town of Mels. At that point, one hour after departing Zurich, Liechtenstein comes into sight. As with the majority of European Union borders, driving between them is seamless. Often times if you’re not paying attention you may not even know that you’ve crossed. After making a right turn and driving across the narrow Rhine River, I had made it into Liechtenstein and country number 100! My sister took a clip from the back seat of the car as we crossed the bridge. Apparently, my commentary about the occasion was, “Boom, roasted.”

The city center of Vaduz is less than five minutes from the river. After finding a place to park, we explored the area for a few minutes before heading into Brasserie Burg for a celebratory lunch. It was there that we learned the infamous tale of Liechtenstein’s participation in the Austro-Prussian War. As the story goes, in 1866 the country went to battle with an army of 80 men. Over the course of the war, they suffered zero deaths and, while en route home, made an Italian friend resulting in them arriving back in Vaduz with 81 soldiers. Soon after this, the army disbanded and has never fought again. I’m no math wiz, but doesn’t that technically make their kill:death (KD) ratio infinity? Not bad. 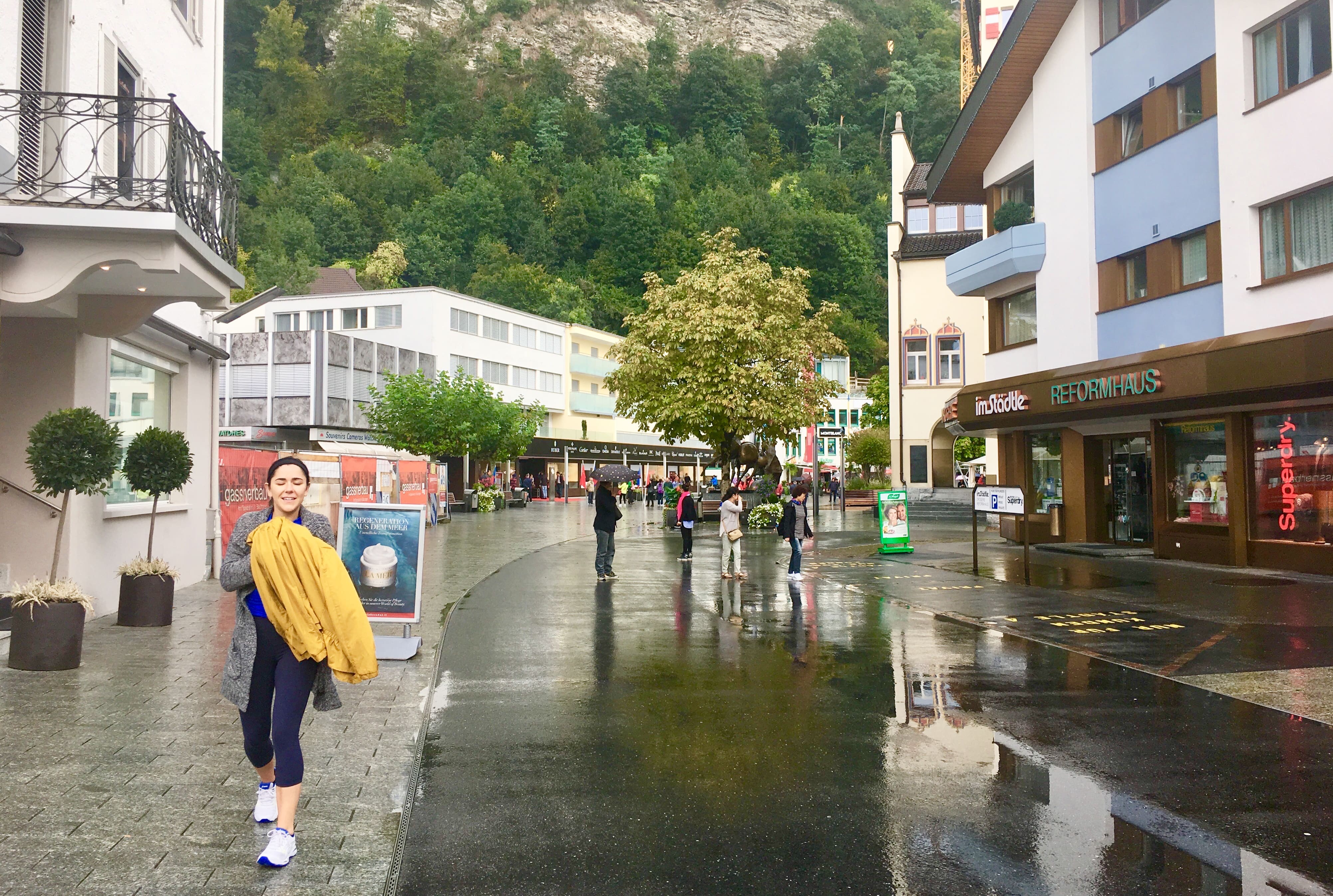 From there, we set out to visit the Vaduz Castle. Conveniently, the path leading to the top of the mountain began right outside the front door of the restaurant. I think this is how they entice people to walk off their burgers. The hike takes about 10-15 minutes and provides terrific views of Liechtenstein and the surrounding mountains. Built in the 12th century and restored in both 1904 and 1920, the castle is the official residence of the Prince of Liechtenstein. Since the family lives there full time it is unfortunately closed to the public. We enjoyed taking photos and fantasizing about what it would be like to actually live in a castle. 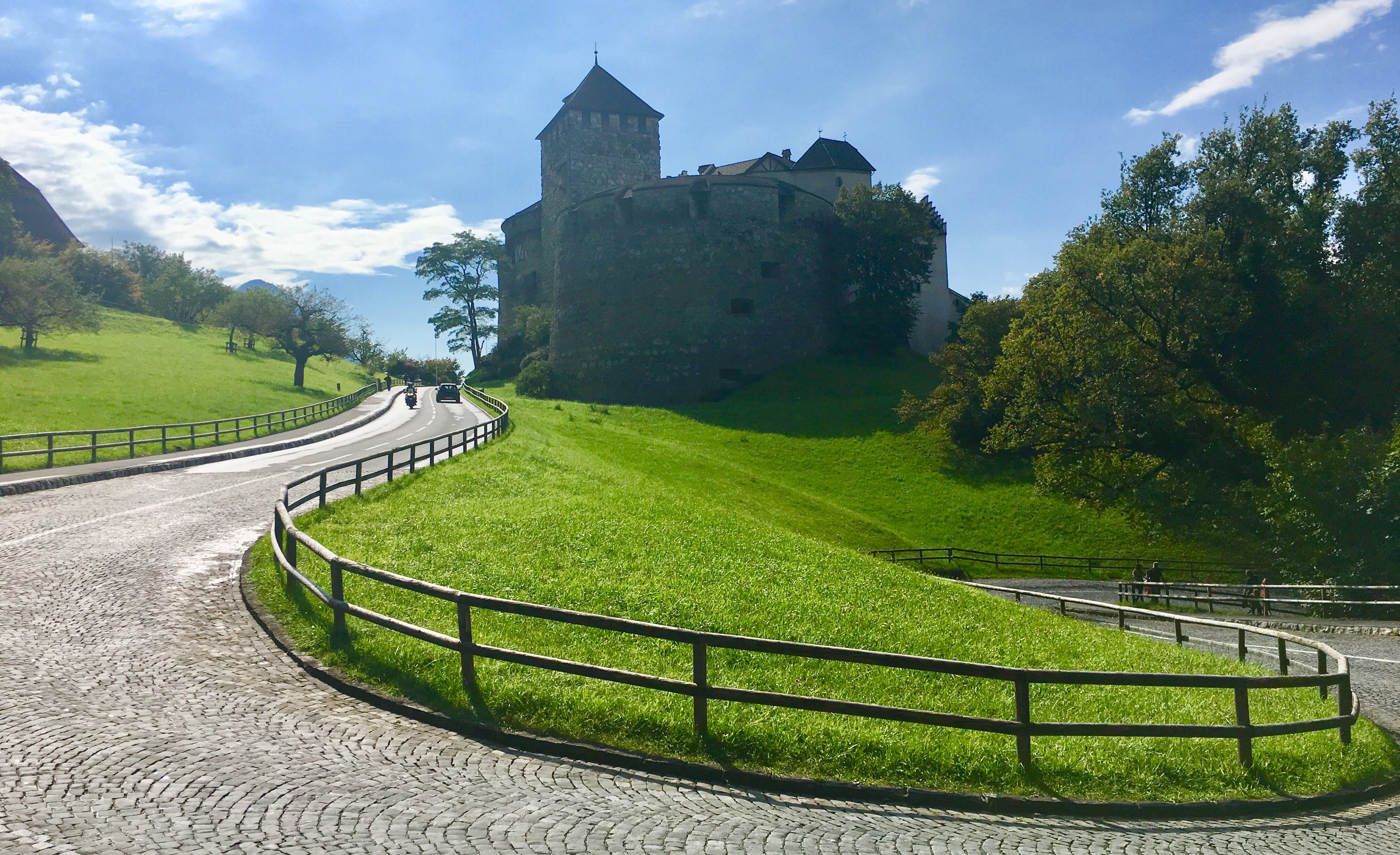 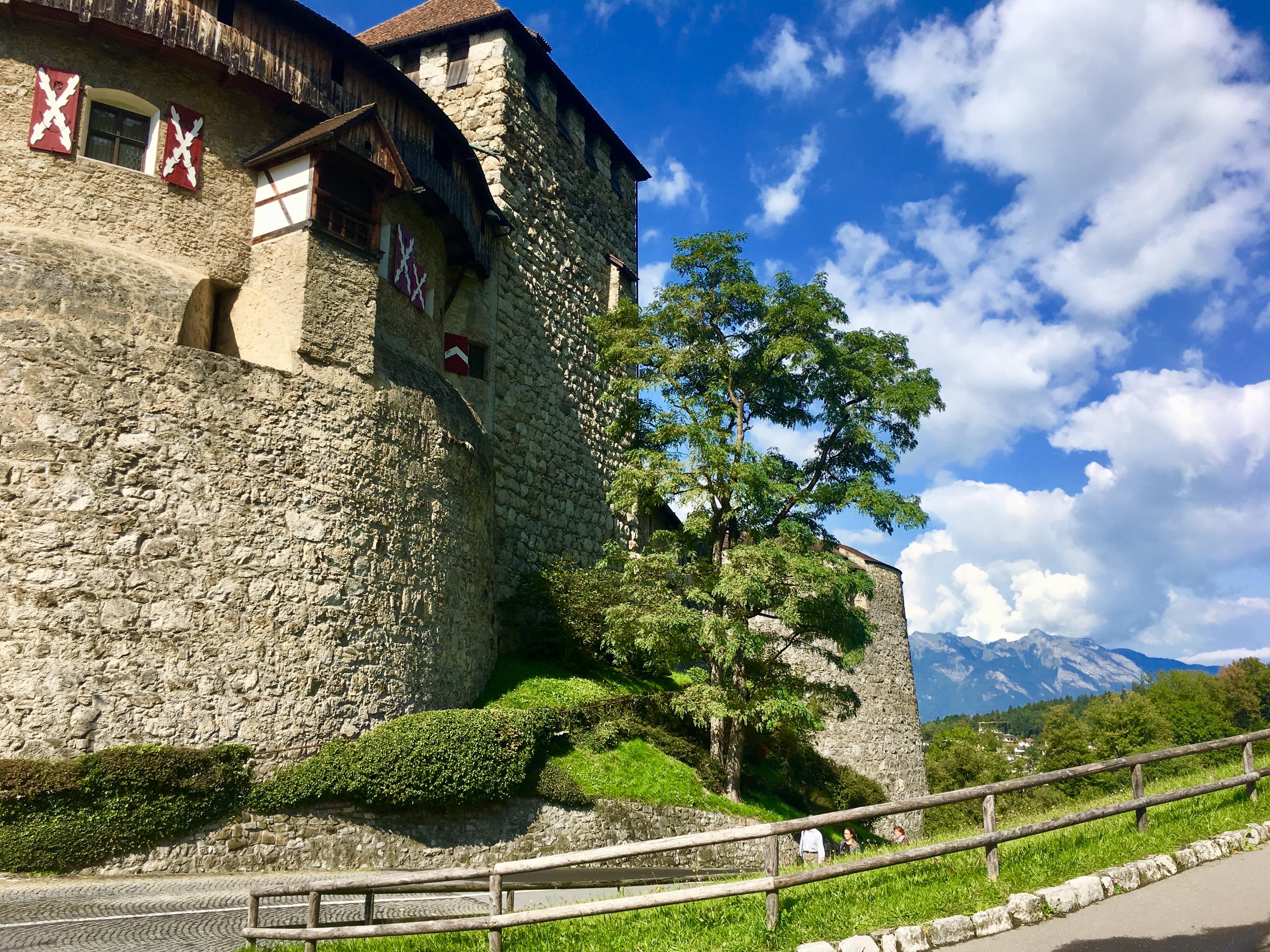 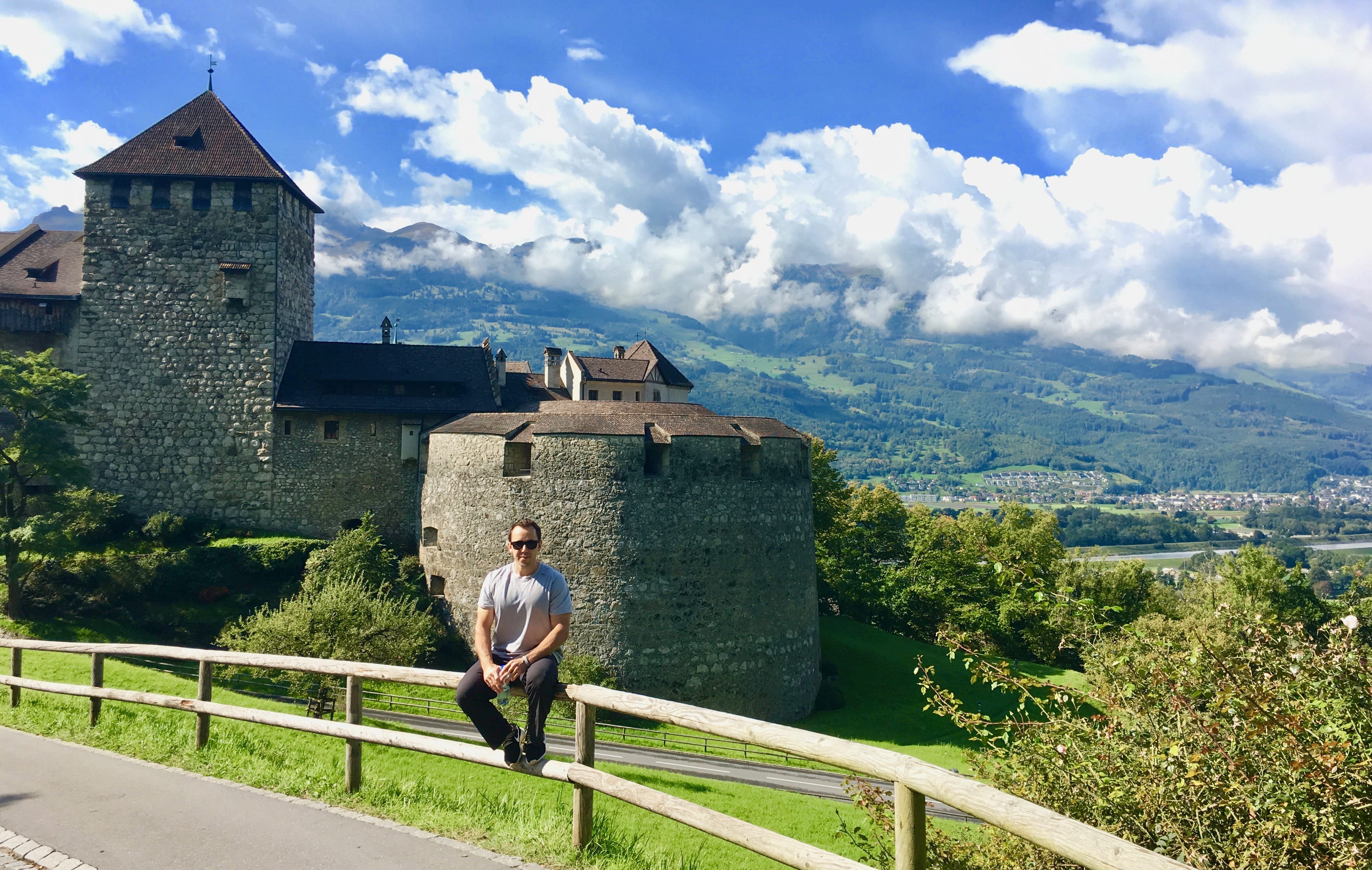 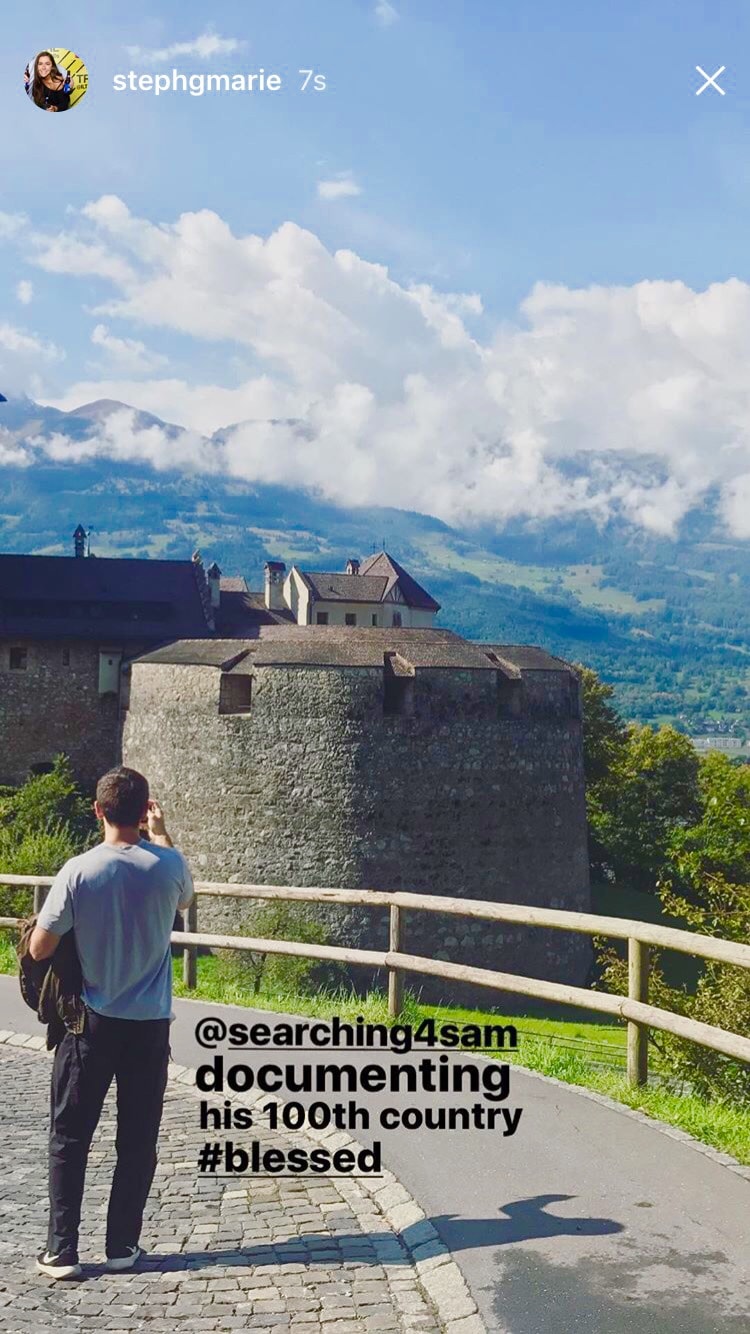 Given the drive from airport, lunch and hike up the mountain, we had chewed up a good portion of the afternoon and it was about time to begin making our way back to Zurich. I had a 7pm flight to Singapore and didn’t want to risk missing it, especially with a rental car return on the to-do list.

We made our way down the mountain and waved goodbye to the tiny, Central European microstate. It had been a successful visit and I hope to make it back someday. It is easily accessible from Switzerland, Austria, Germany and northern Italy, so I could see myself swinging by again. In addition to 100 countries, I also checked off the second of two doubly-landlocked countries in the world. The other being Uzbekistan.

The drive back was painless and I had no trouble at the airport. I arrived in Singapore on Monday afternoon pretty wiped out after a three-country Sunday. Despite the fatigue, I wouldn’t have done anything differently and am happy to forever be able tell the story of this travel milestone.

Have you visited Liechtenstein? Did you hike to Vaduz Castle?