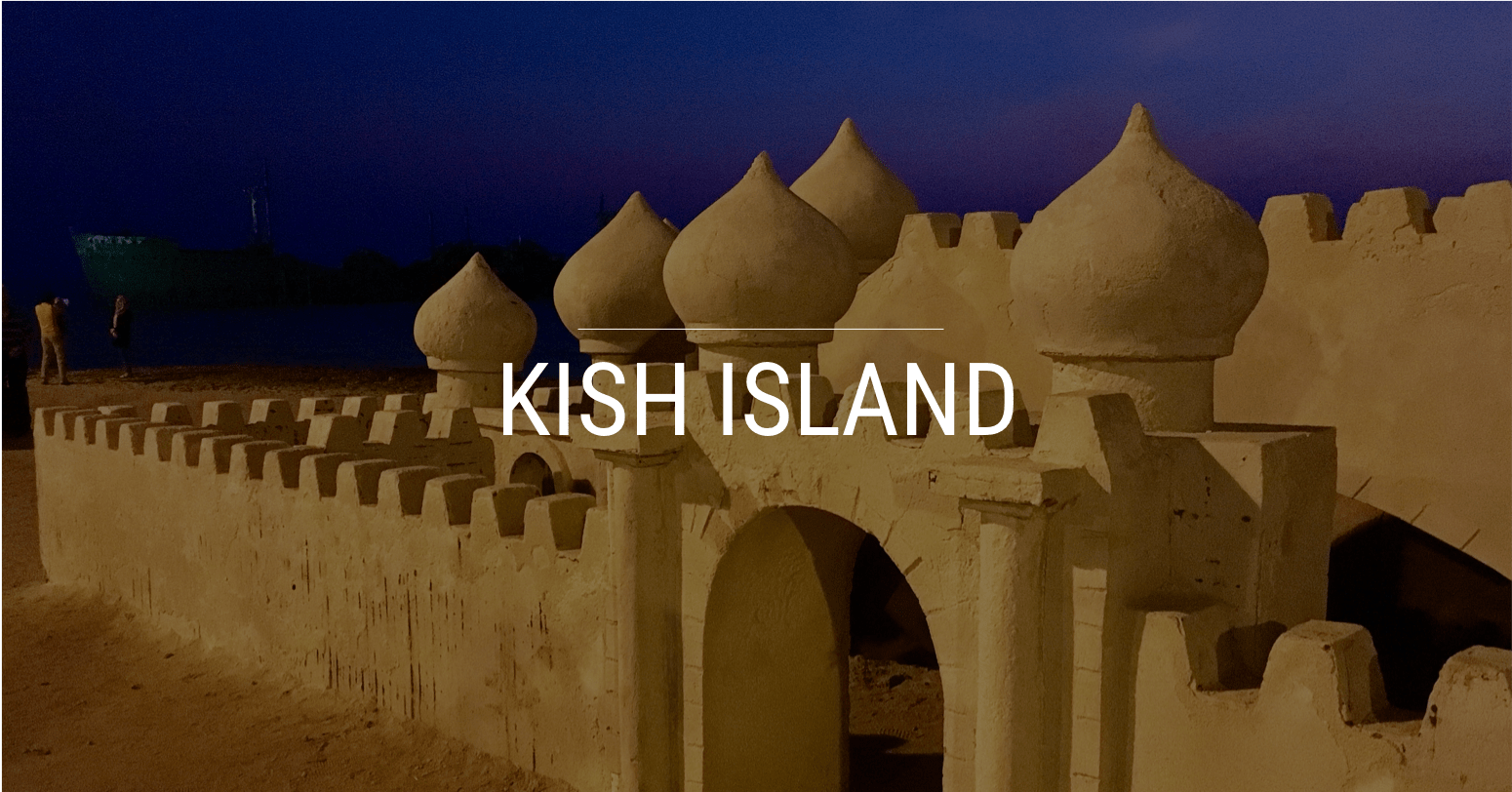 | 🇮🇷| Kish Island is Iran’s Hawaii. A gorgeous resort destination off the country’s southern coast, Kish is dubbed the Pearl of the Persian Gulf and boasts a much more relaxed and laid-back lifestyle than the mainland. Its free trade zone status and ‘consumers’ paradise’ reputation attracts shoppers and traders from across the region. Tourists of almost any nationality can enter visa free for 14 days, a notion that fueled my interest and ability to visit.

Although no visa was necessary, my trip still required a slightly more involved planning process than usual. As of late 2016, neither flights nor hotels could be booked online. I corresponded in advance via email with a Kish Airlines representative to make my arrangements. I then had to physically visit their office in Dubai the day of travel to pick up my flight ticket and hotel voucher.

The office is located in Deira on Omar Bin Al Khattab Street one block north of the Fish roundabout. Given my 5pm flight, I arrived at the office around 1pm. I paid for my round-trip airline ticket in cash. I was then advised, however, that my hotel was unavailable despite having what I thought was a confirmed reservation. It was December 31, so even several vigilant phone calls to various hotels were not enough to lock in a booking on New Year’s Eve. I spent almost two hours in the office trying to get things sorted. Eventually, the woman told me to go to the airport and that she would continue to work on it while I traveled. I wasn’t thrilled about flying to Iran without a hotel reservation, but it became my only option.

After landing in Kish and waiting my turn in the immigration line, the booth officer glanced at my passport and told me to step aside and take a seat in one of the chairs in the corner. A half hour later after all other passengers had been cleared, he escorted me into a back room. He said additional background checks were necessary given I was an American on my first trip to Iran. He asked a few routine questions (thankfully none regarding my accommodation plans) about my intentions on Kish and then finger printed all ten of my fingers, something I found humorously excessive. Other than the slightly irritating 30-minute delay, the process wasn’t a big deal and I proceeded through the checkpoint.

I exited the immigration area to an essentially vacant arrival hall. Vacant with the exception of one man. To my surprise, that one man approached me and said, “Sam?” What a relief. The Kish Airlines representative in Dubai had come through and arranged airport transportation plus a one-night stay at the Grand Kish Hotel. It was not as nice as the Dariush, my original plan, but given the uncertainty I had been feeling for most of the day I was more than satisfied.

With only a few hours of 2016 remaining, I booked a Persian Gulf night cruise through the hotel’s reception. An island shuttle bus drove me and a handful of other guests to the Kish port, only 15 minutes down the road. The cruise was made up of an older crowd, but that didn’t stop them from celebrating the occasion and ringing in the new year in style – singing, dancing and tons of food. The outside temperature was on point, as was the view of the island from the boat. To this day I am still in touch with an Iranian family I met that evening. 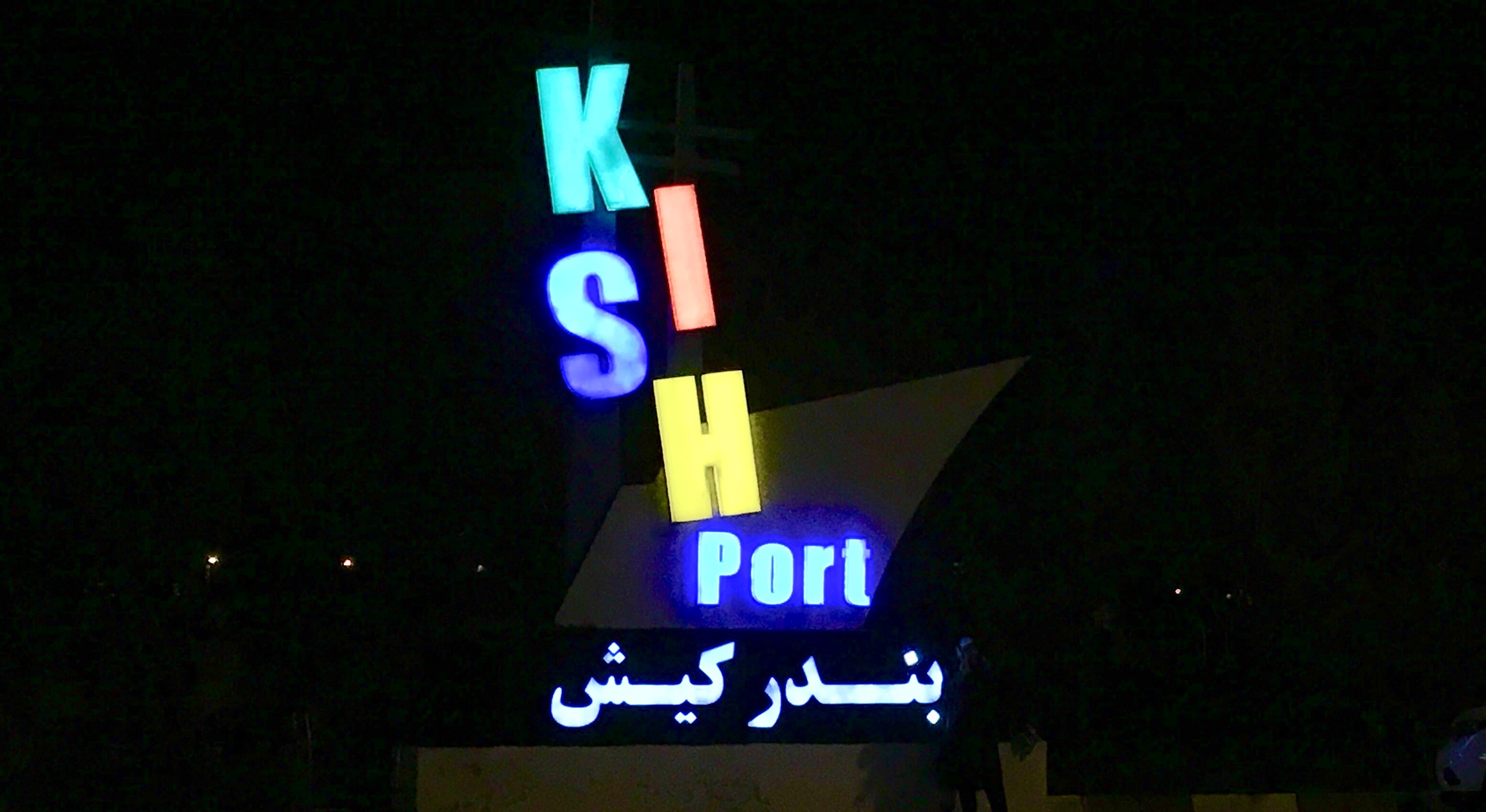 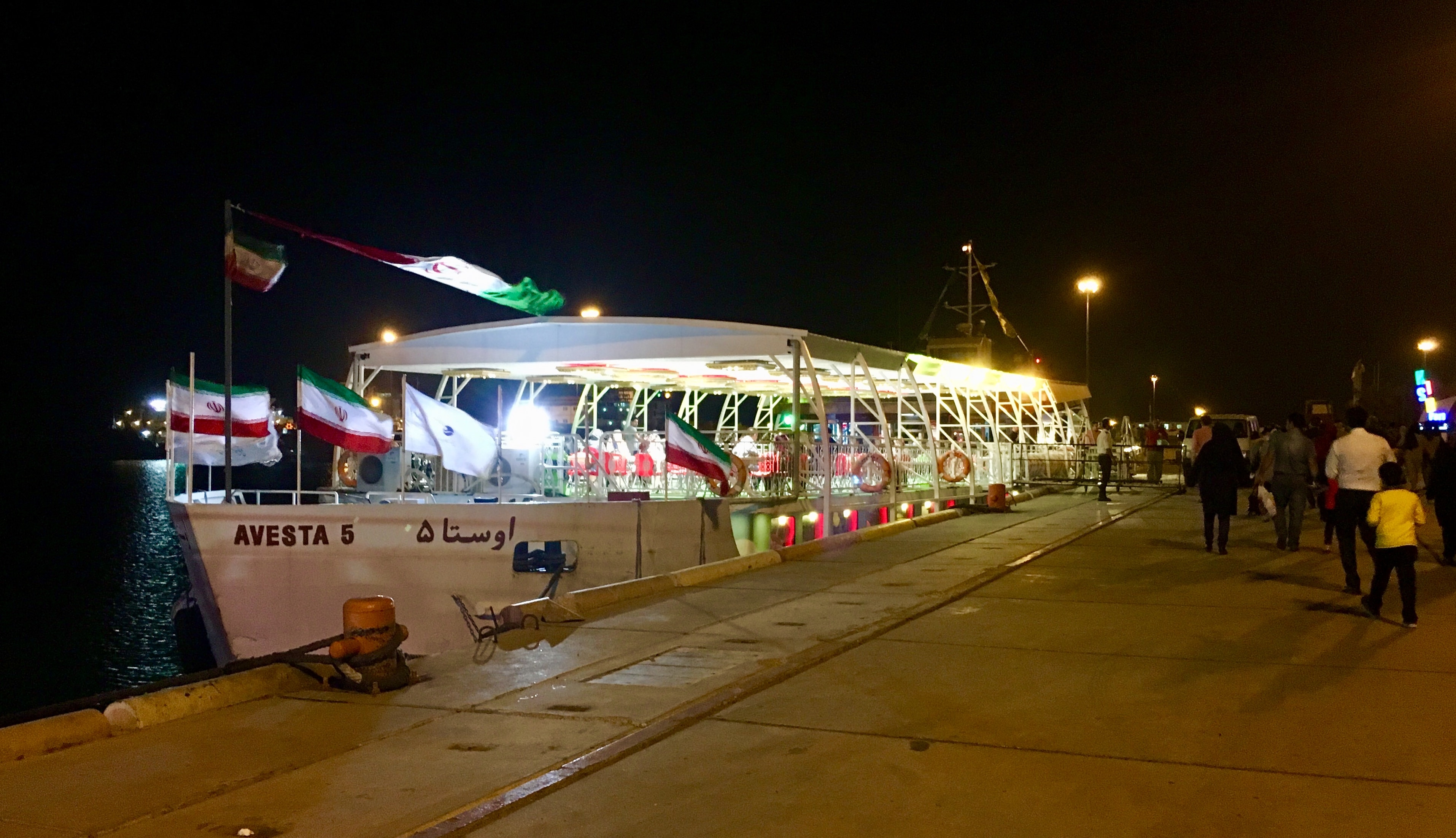 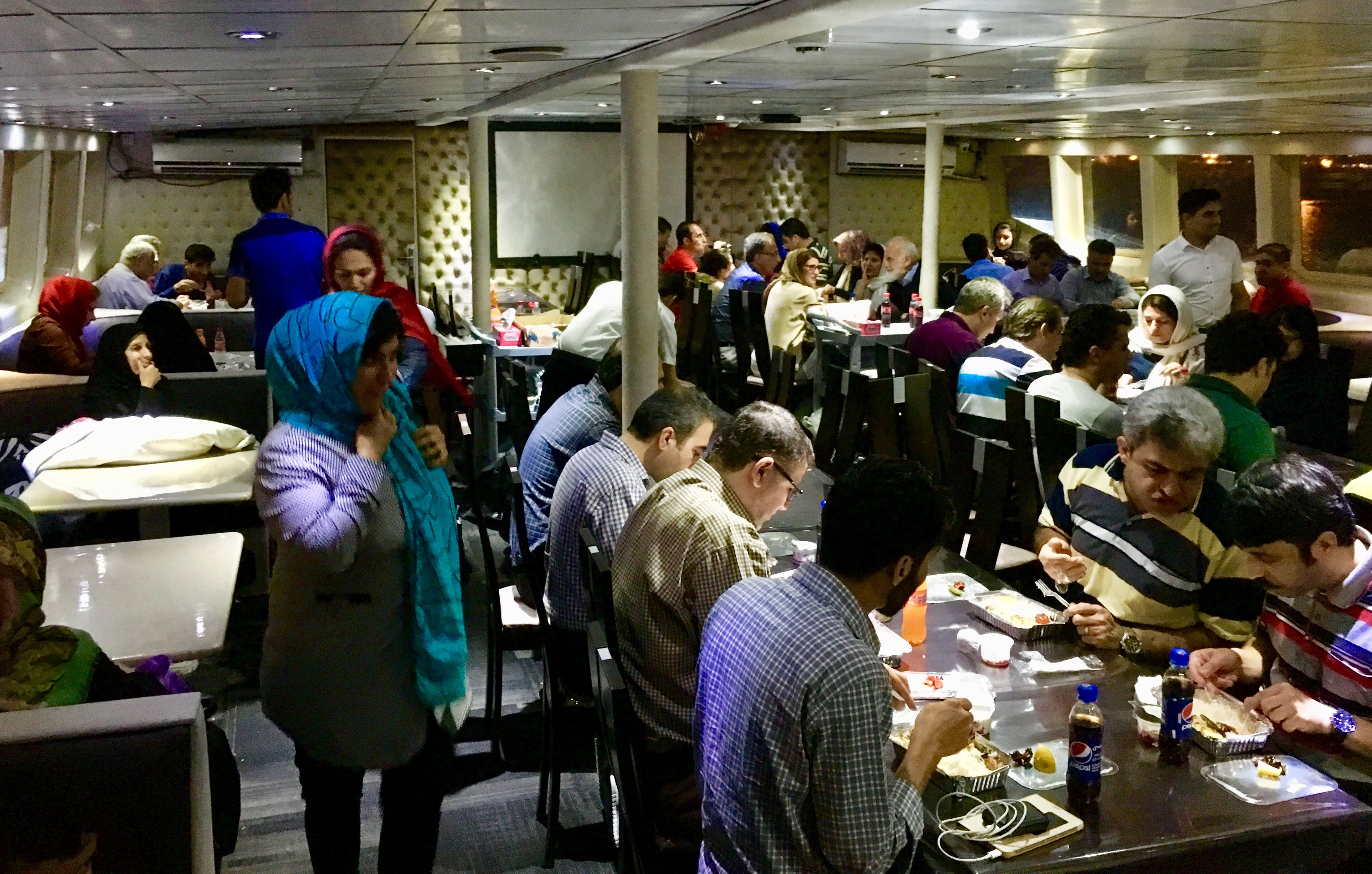 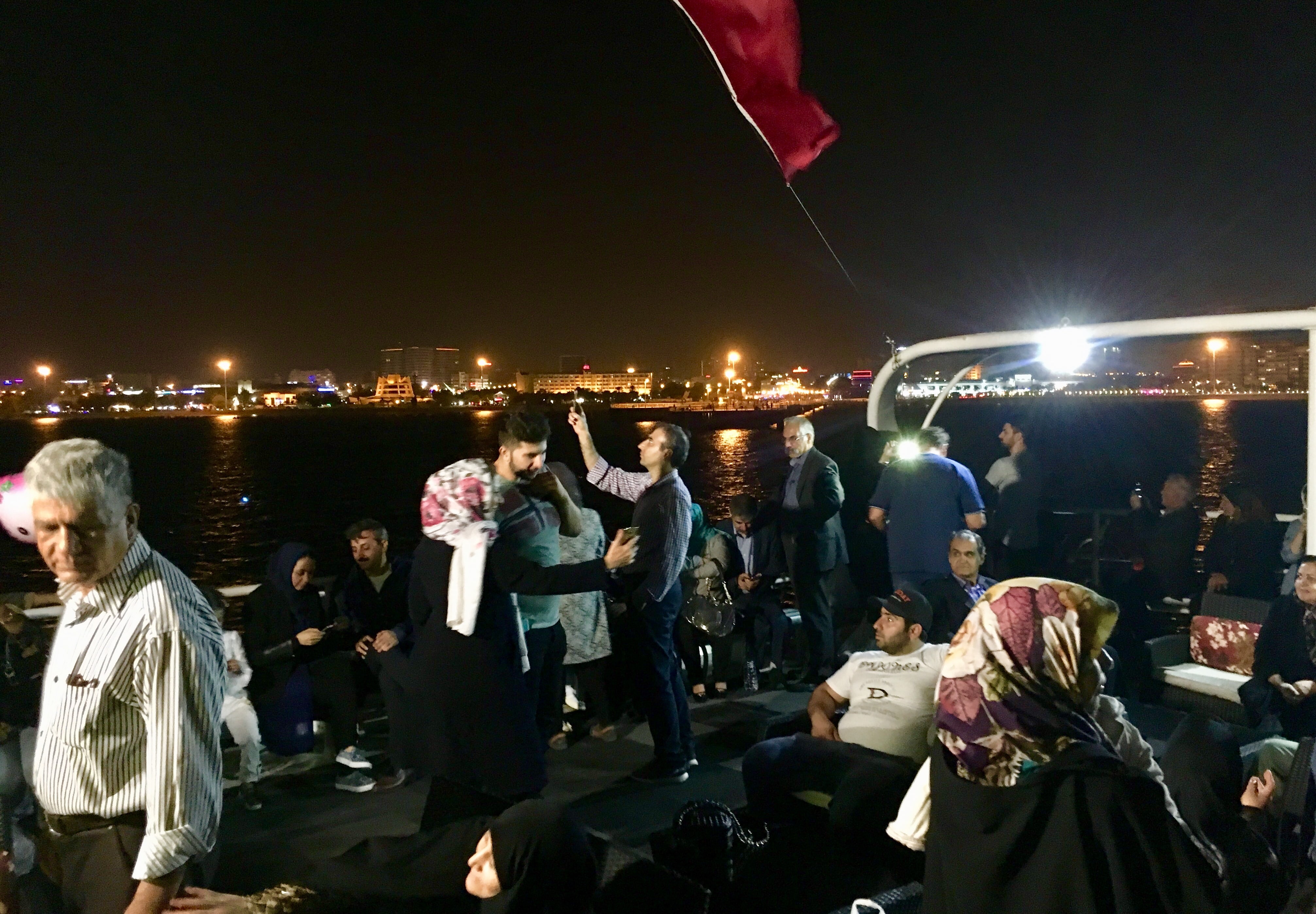 I kicked off 2017 with a day tour of Kish. It began at Kariz-e-Kish, the island’s most visited attraction. The site is a subterranean network of stone passageways constructed more than 2,500 years ago. It is built around a qanat, a series of vertical walls that were used to filter water toward dry areas. An entrance ticket costs IR500,000 (US$12) and grants access to the underground tunnels as well as the above-ground courtyard where traditional Iranian music is played live from an elevated stage. 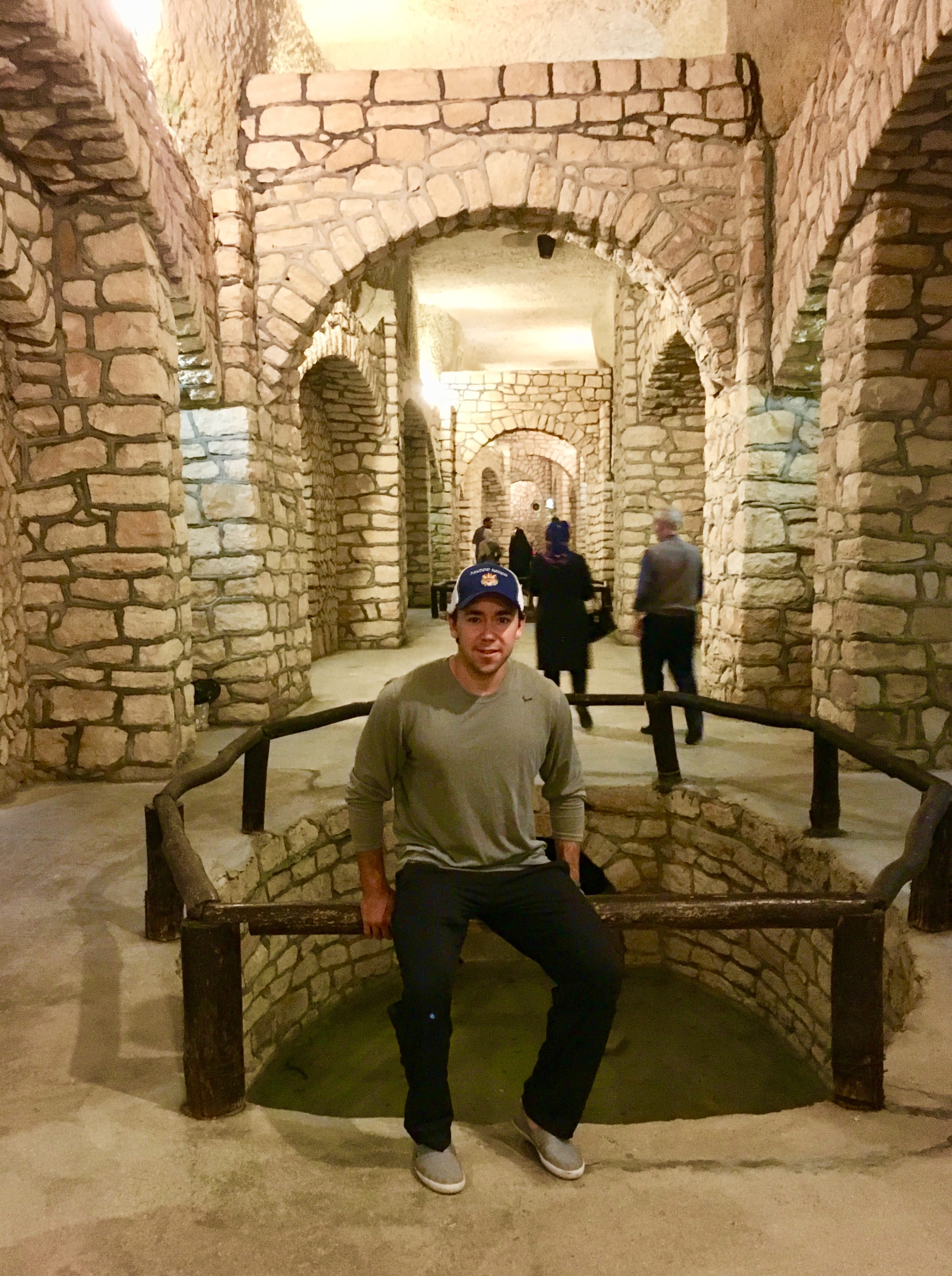 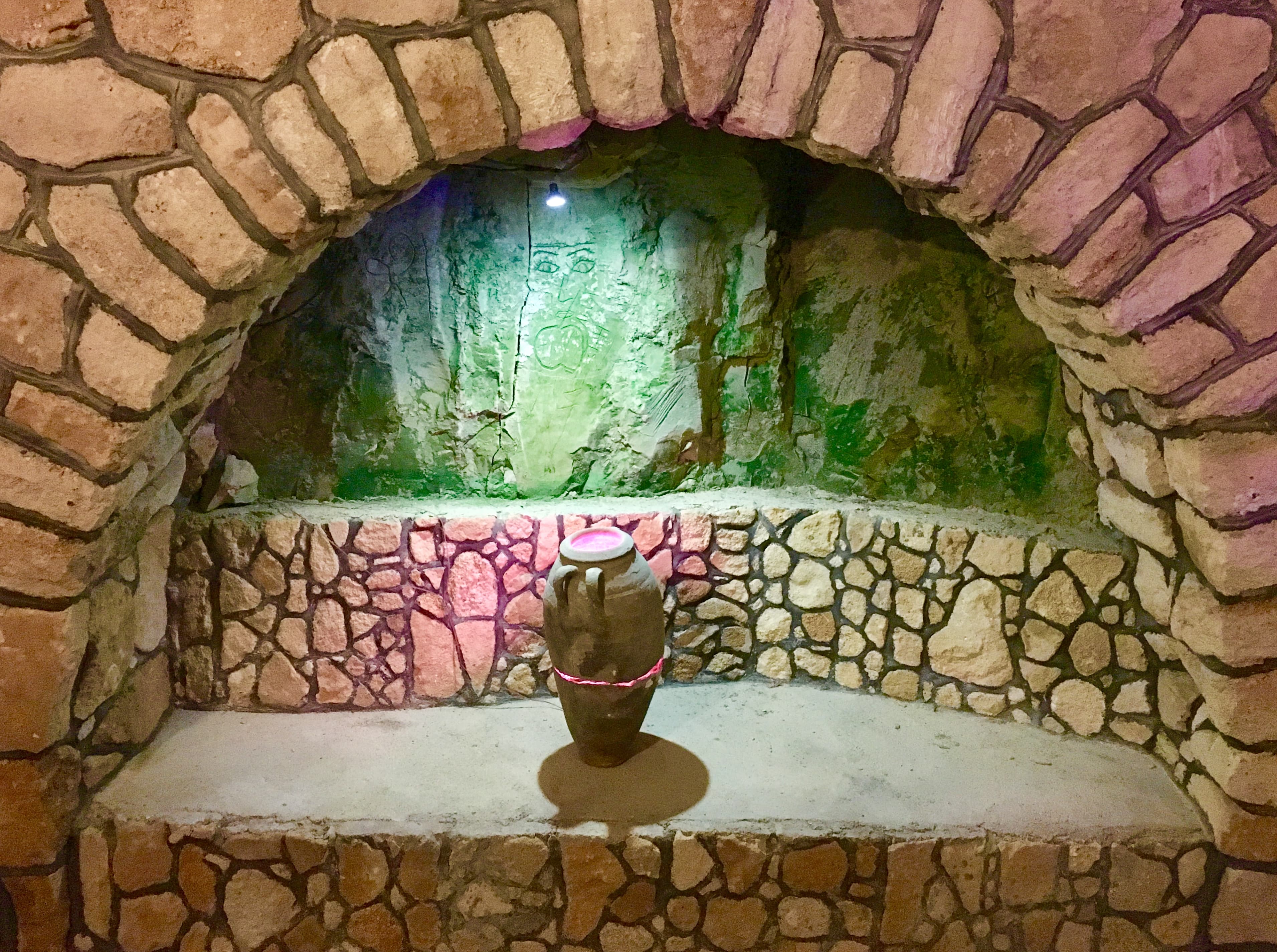 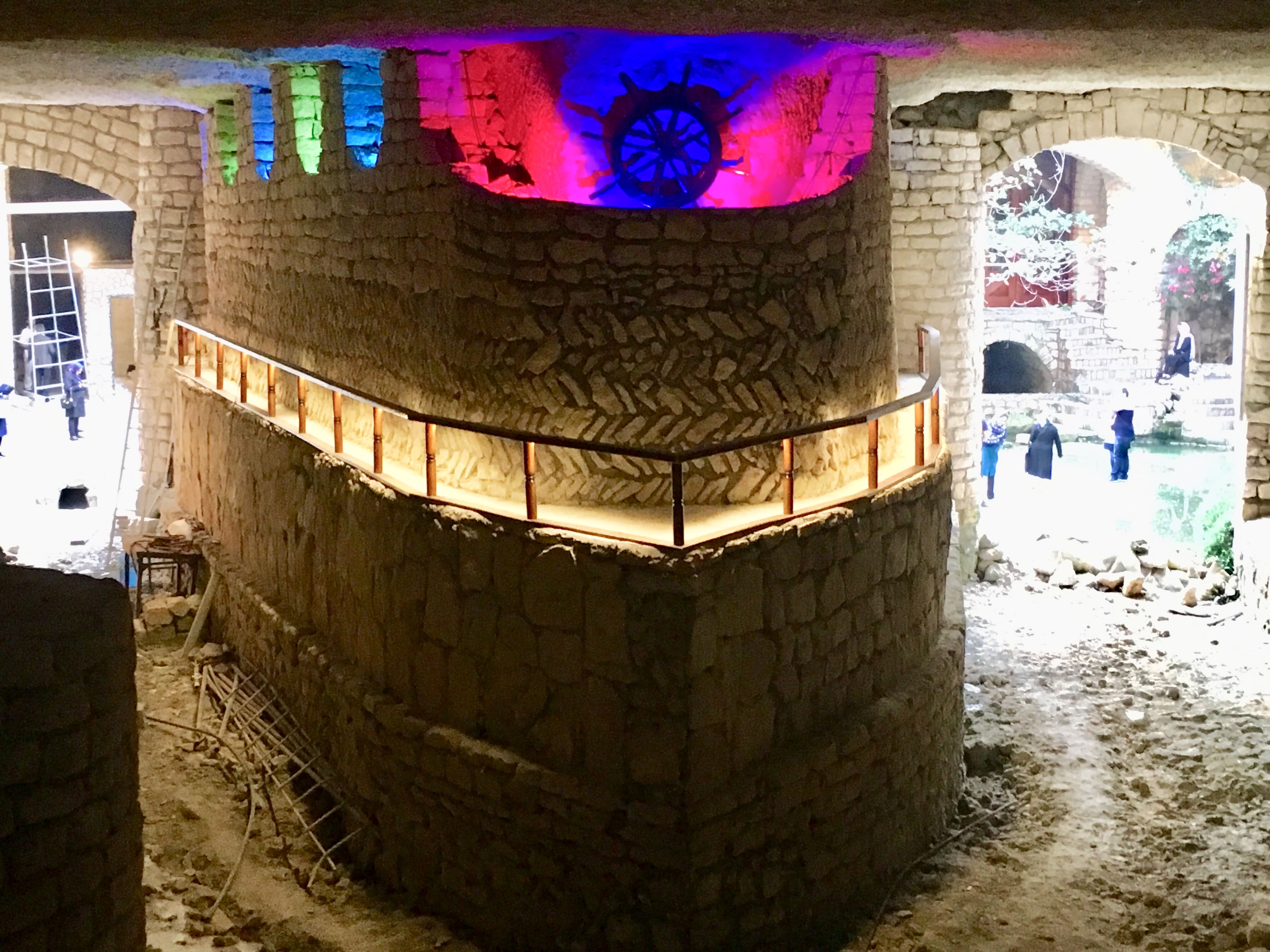 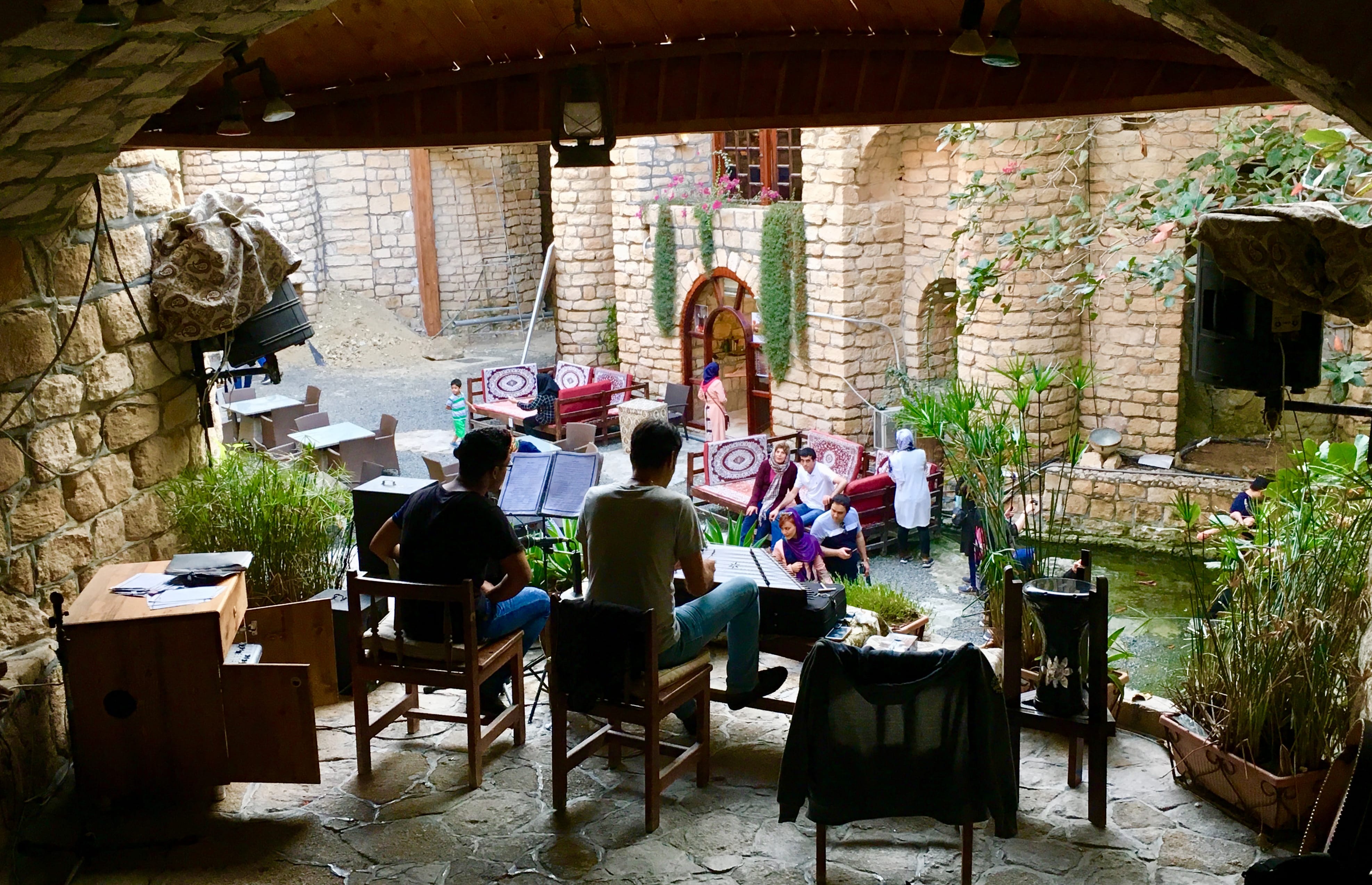 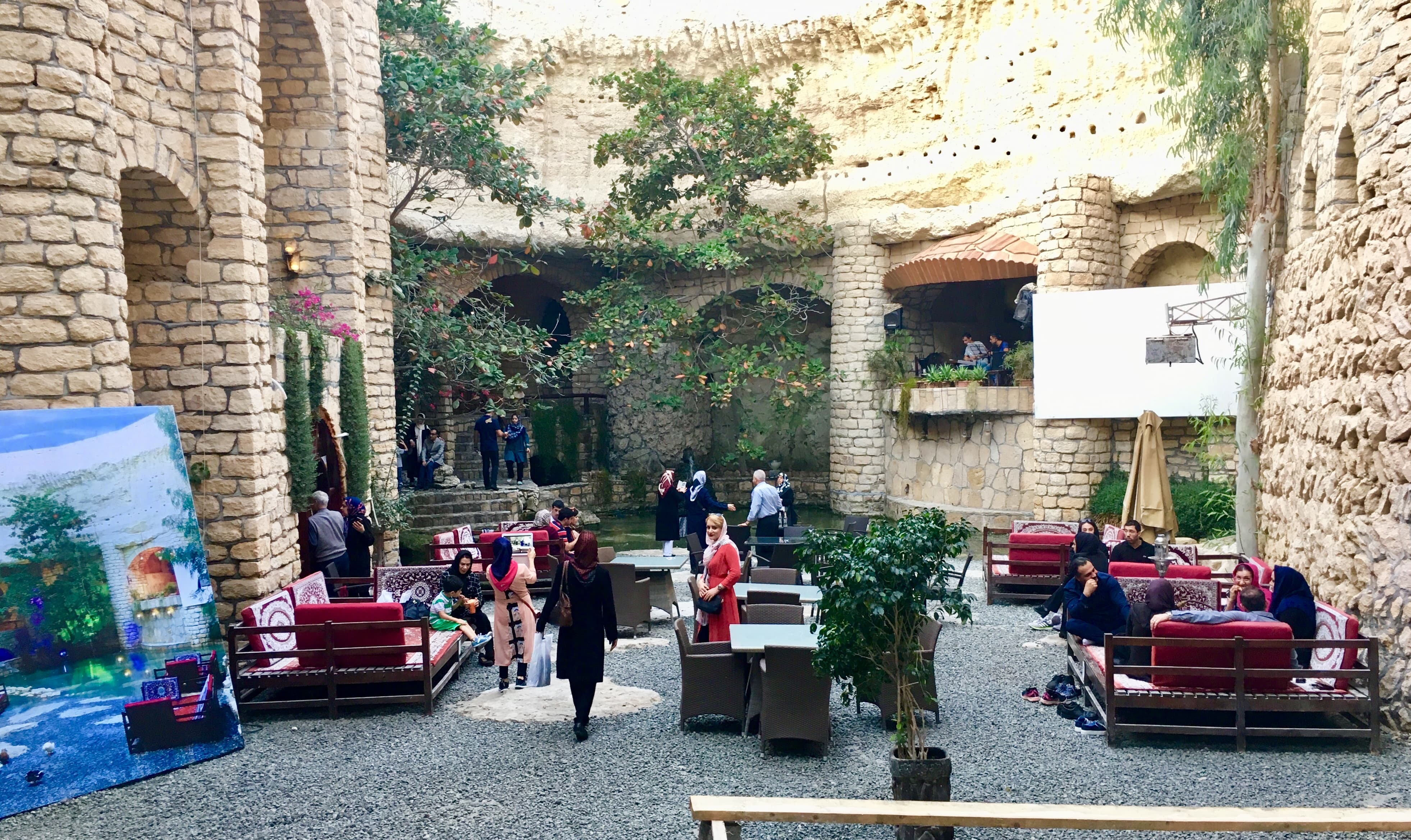 In the afternoon we visited the Harireh Ancient City and Green Tree Complex, the two of which are next to each other. Harireh is a collection of 8th century complexes and a great site for those interested in the general history of Iran. The Green Tree Complex is home to the island’s oldest tree, thought to be 700 years old. It is located in a park and is a quiet place to walk or have a picnic. Both attractions are free to enter. 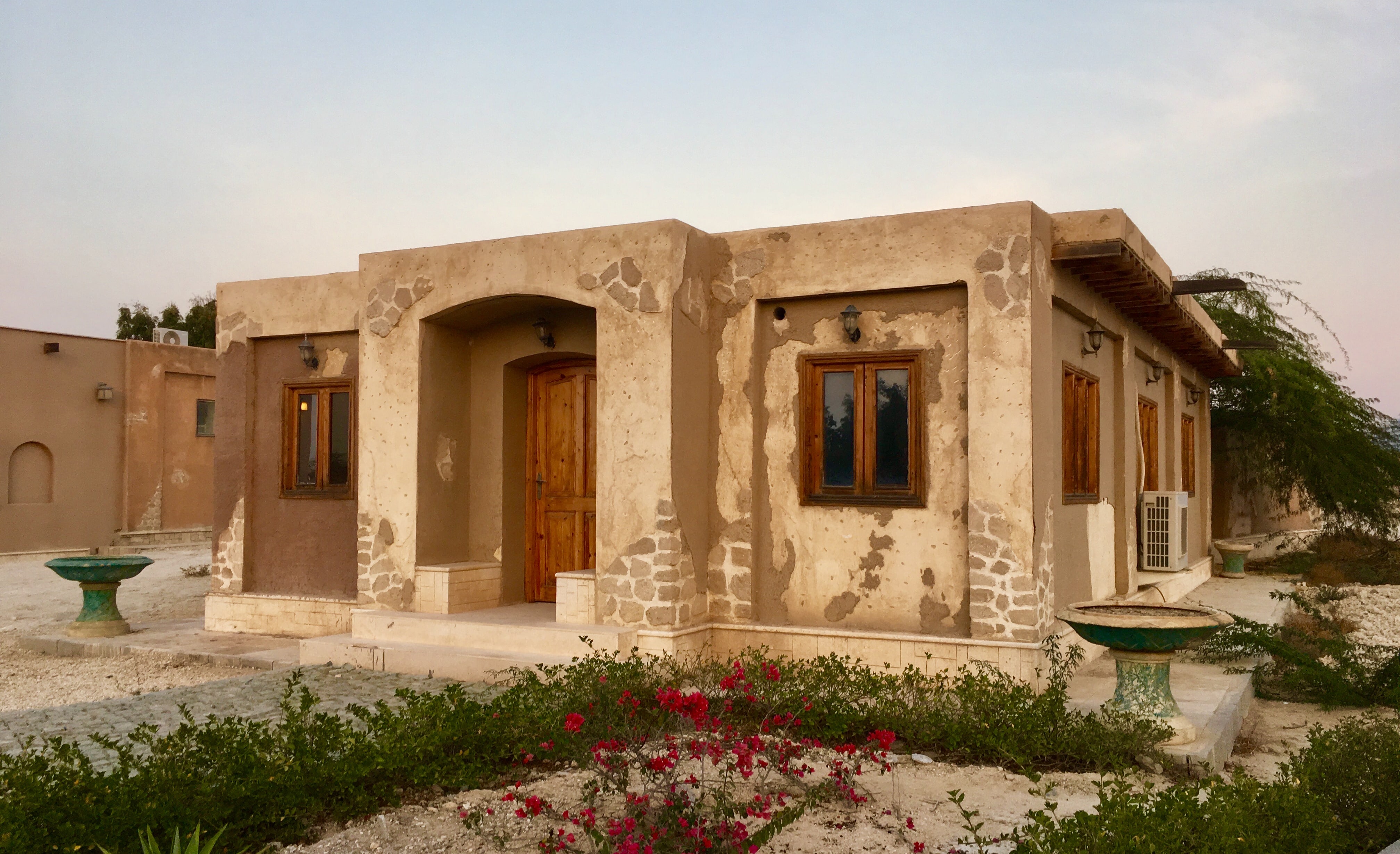 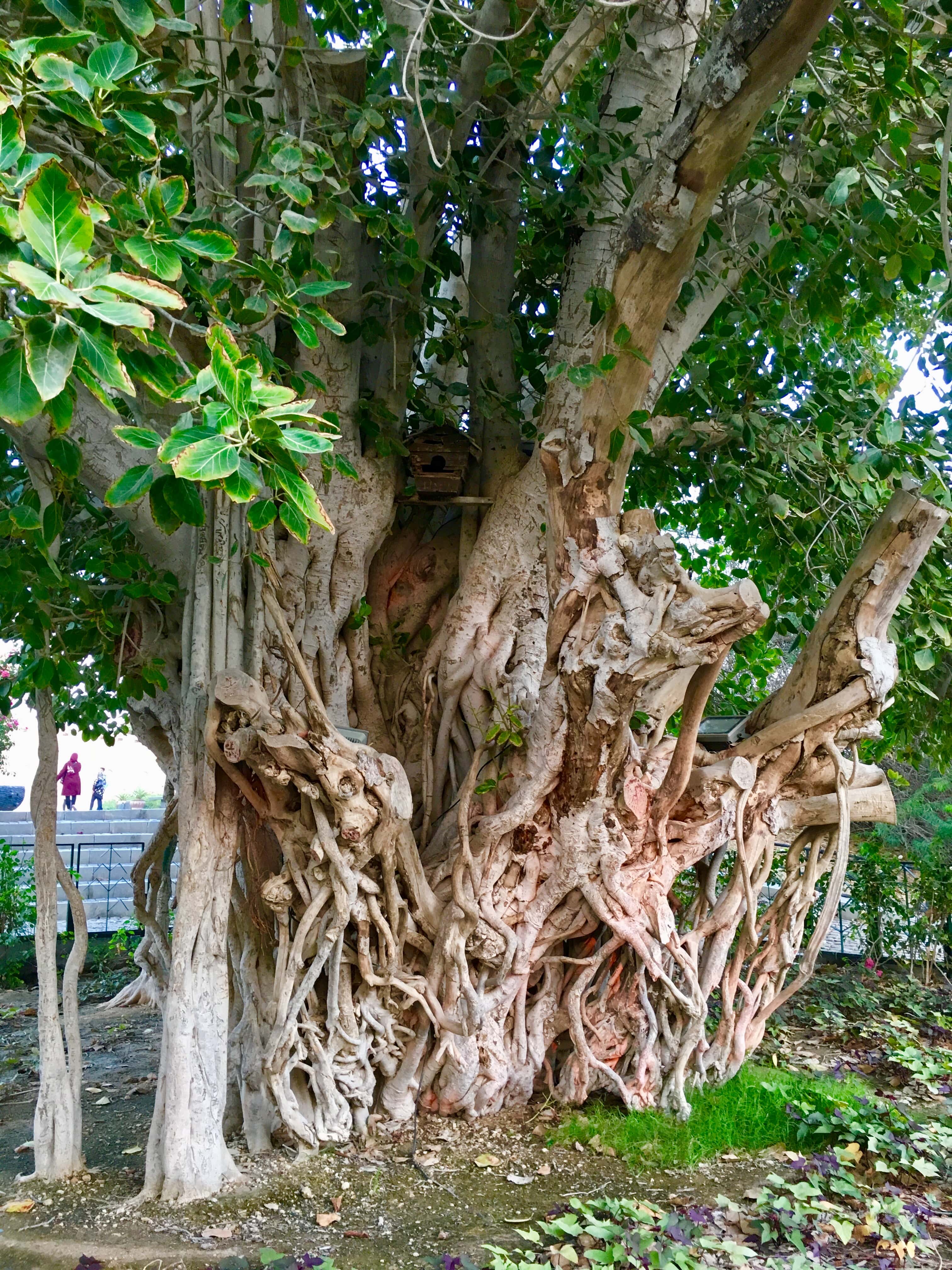 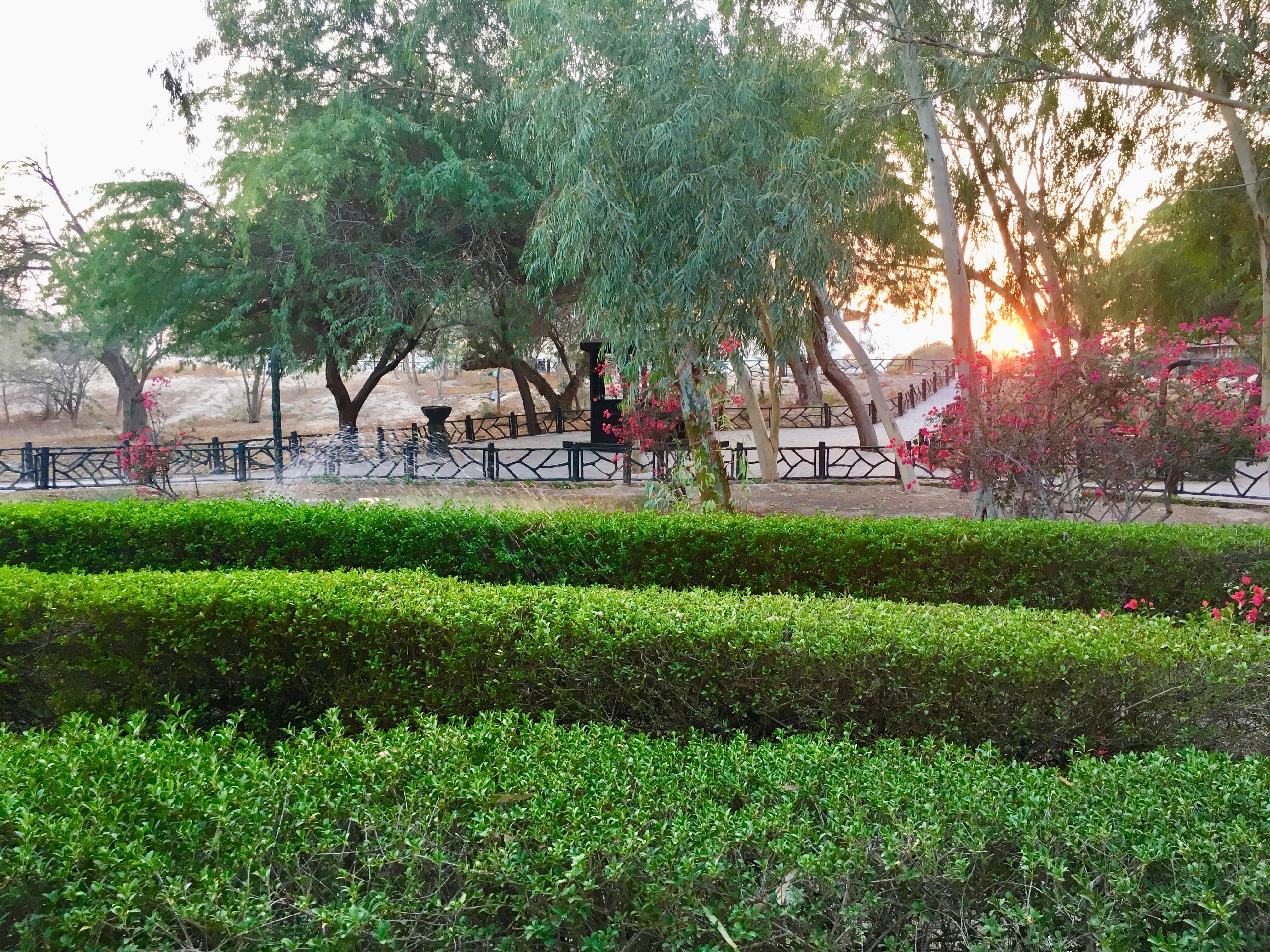 As the sun was setting, we stopped at a nearby beach to take photos. It wasn’t the ideal place for swimming, but I almost jumped in anyways. The water was noticeably flat – much of the Kish coastline is considered to be among the safest in the world due to the calm Persian Gulf conditions. 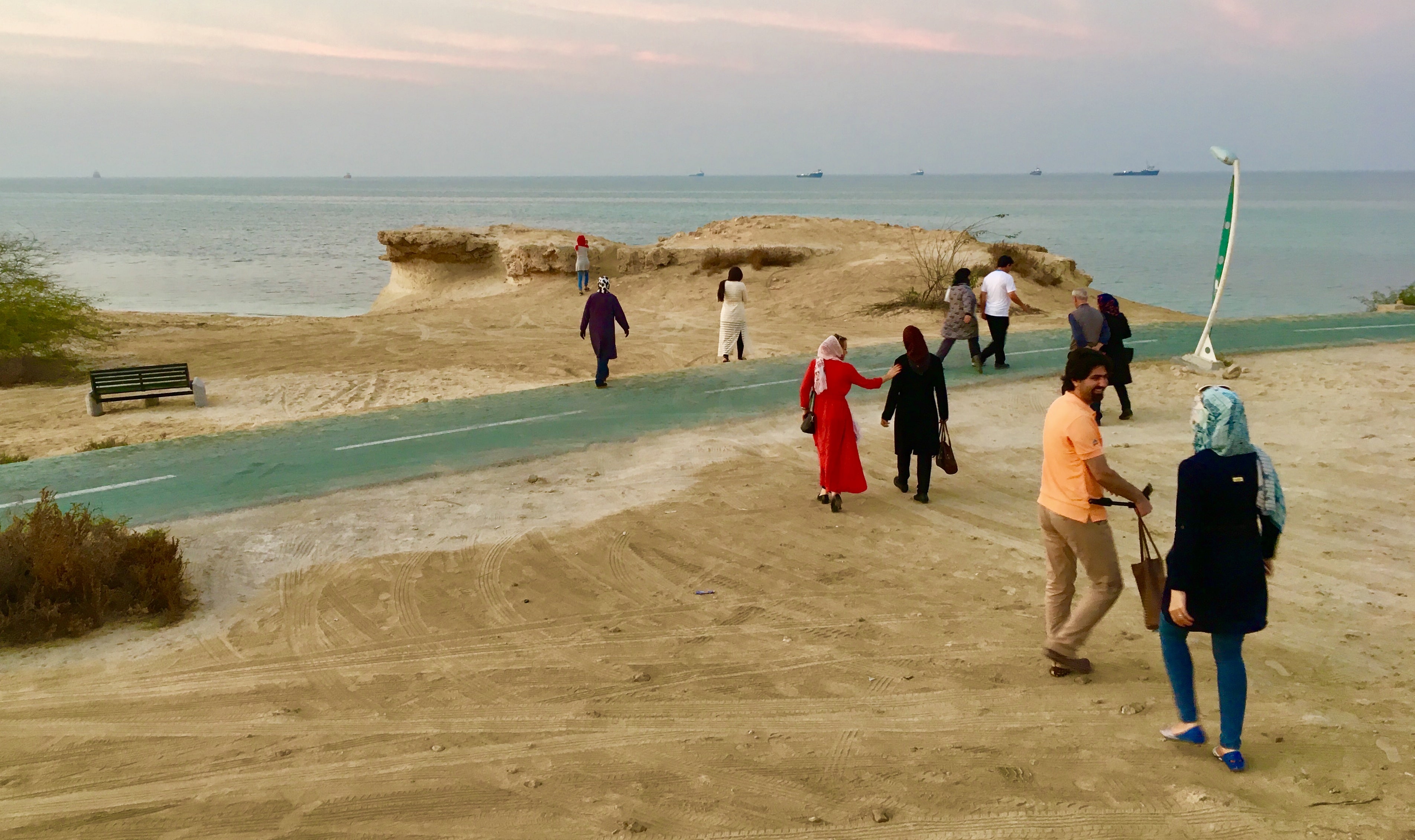 We ventured to the western shore of the island for a night time visit to the Greek Ship Khoula F. It is a British-built cargo steamship that wrecked in 1966. There was an unsuccessful attempt to salvage it which has resulted in it remaining ‘parked’ here for over 50 years. It has become a frequently visited attraction for tourists as well as one of the best diving spots in the area. Unfortunately, I didn’t get a great picture since it was dark, but the lurking moon was a nice touch. On shore, dozens of people roamed the area enjoying the seaside breeze. I observed one of the most elaborate sand castles I’ve ever seen. Whoever built it could probably take their talents to Boracay and make some money. 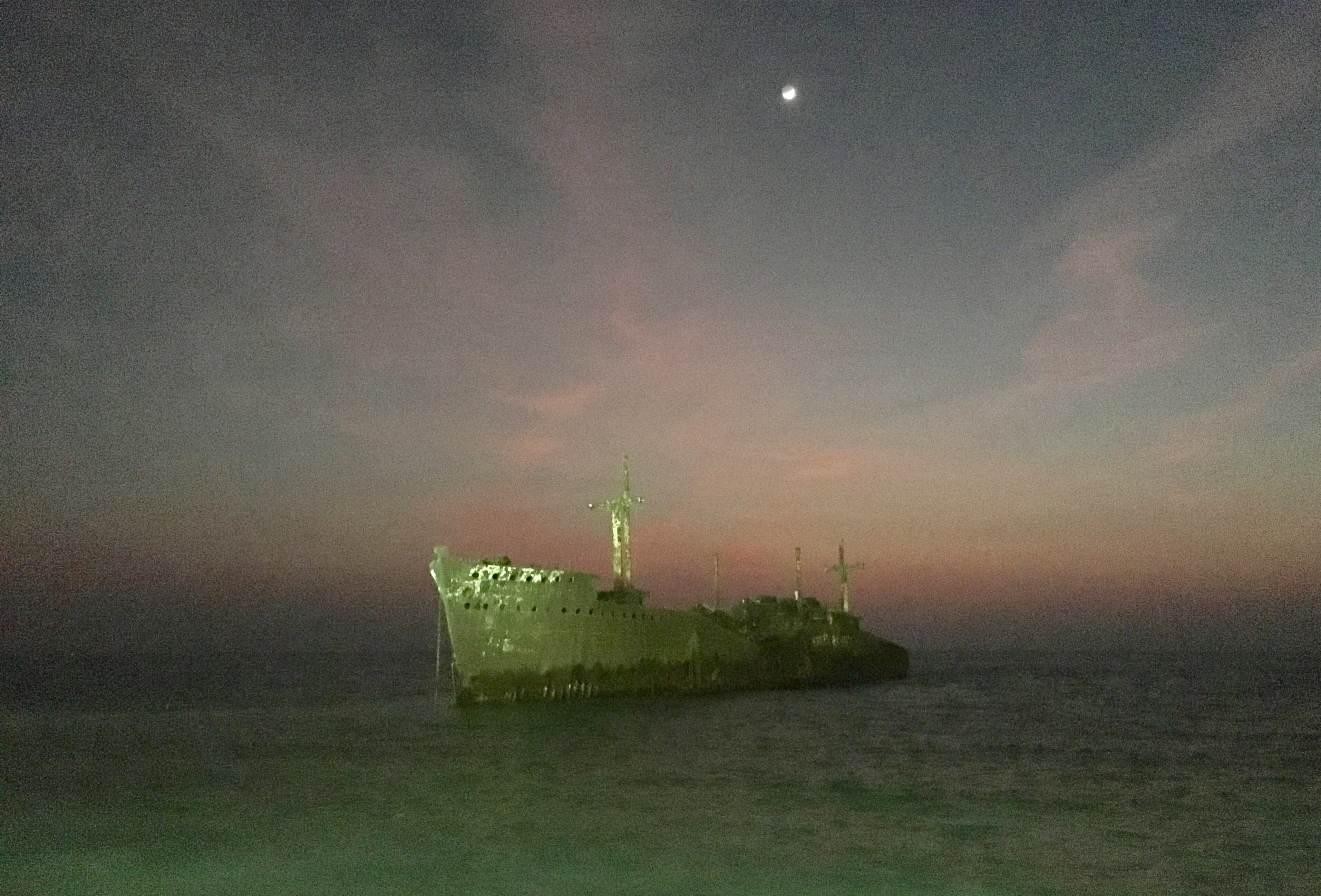 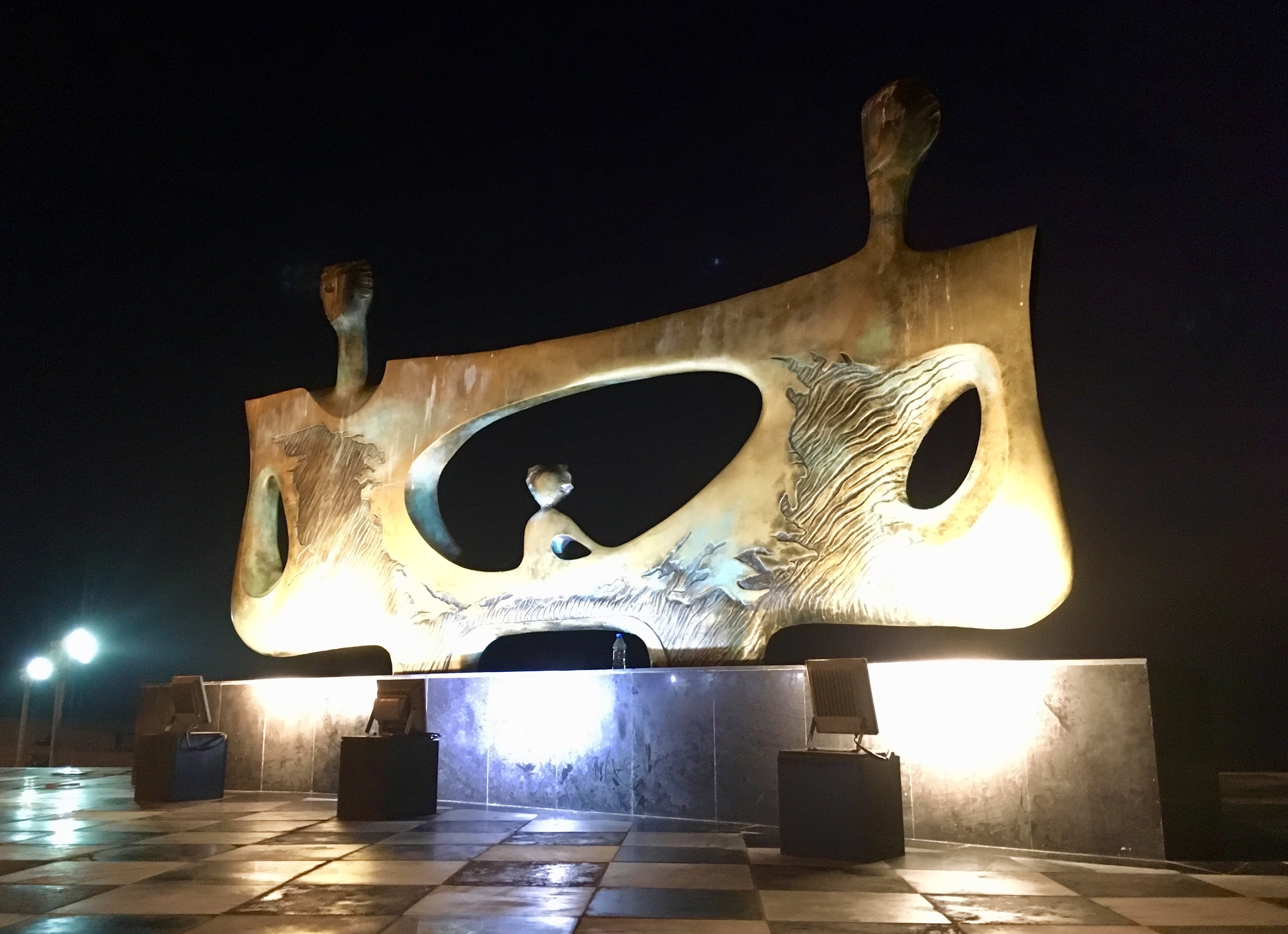 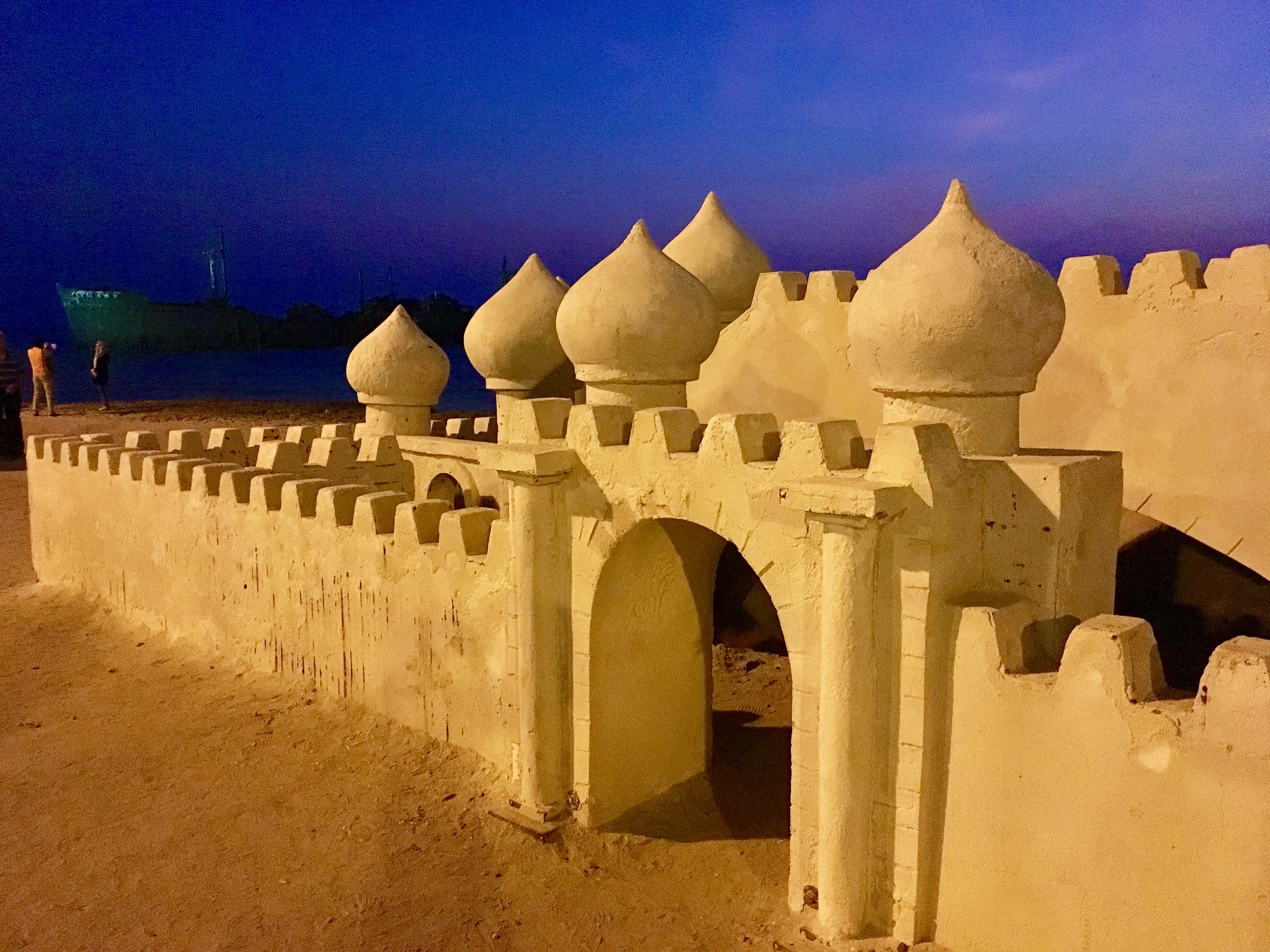 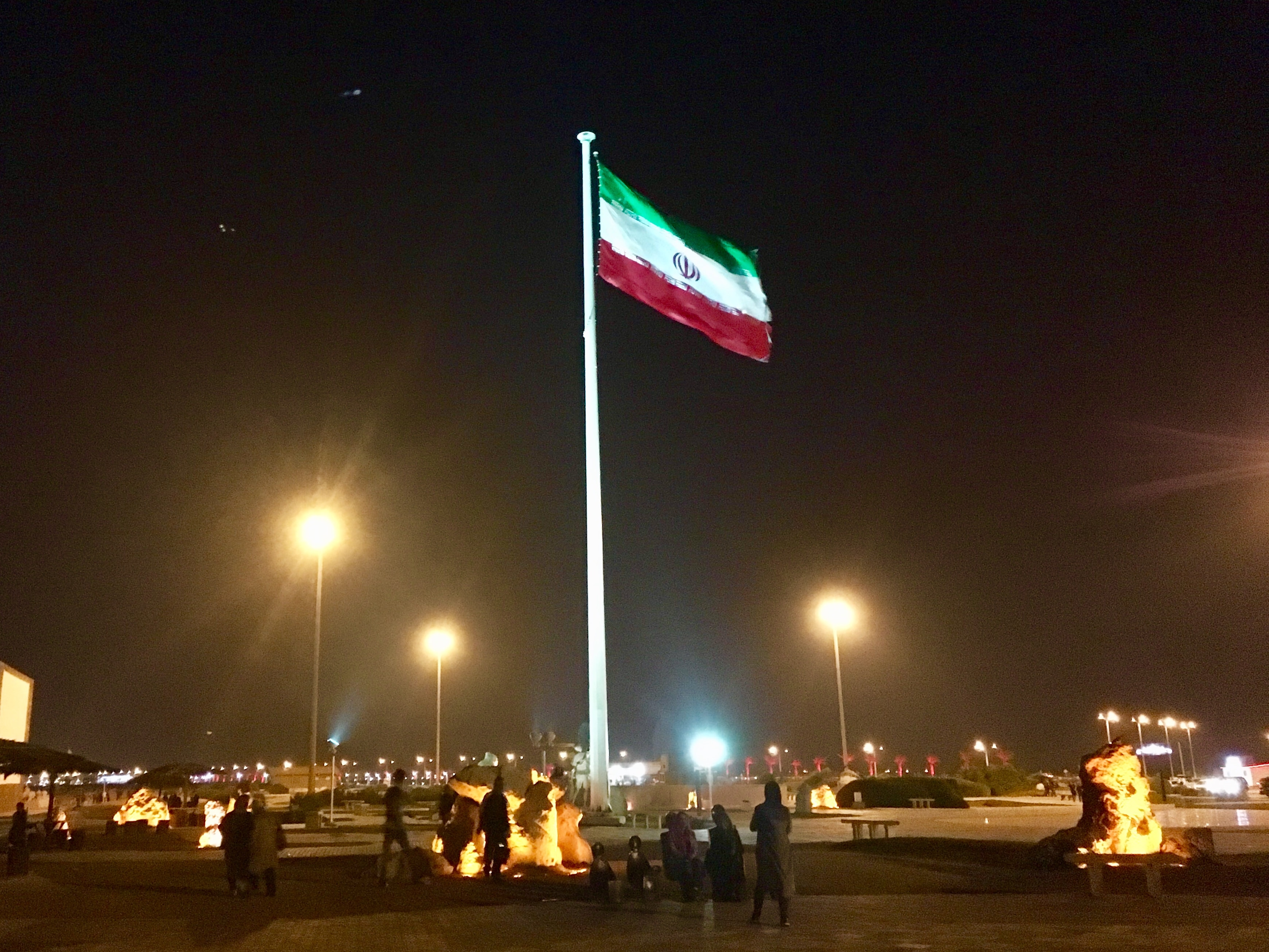 After a quick stop at the hotel to grab my things, I caught the 7:45pm Kish Air flight back to Dubai. Although Kish may be considered ‘Iran light’ and not a complete or authentic Iranian experience, the locals’ hospitality, as with virtually all Middle Easterners I’ve encountered, was instantly clear and overwhelmingly rewarding. Although a trip here requires some organization and additional planning, I found it to be well worth the effort.

If you’re intending to visit, don’t hesitate to get in touch with me. I’ve kept contact information for the Kish Air representative, my driver, and several people I met on the cruise and day tour. All of whom would be happy to help. I hope you get the opportunity!

Have you been to Kish? What did you think?