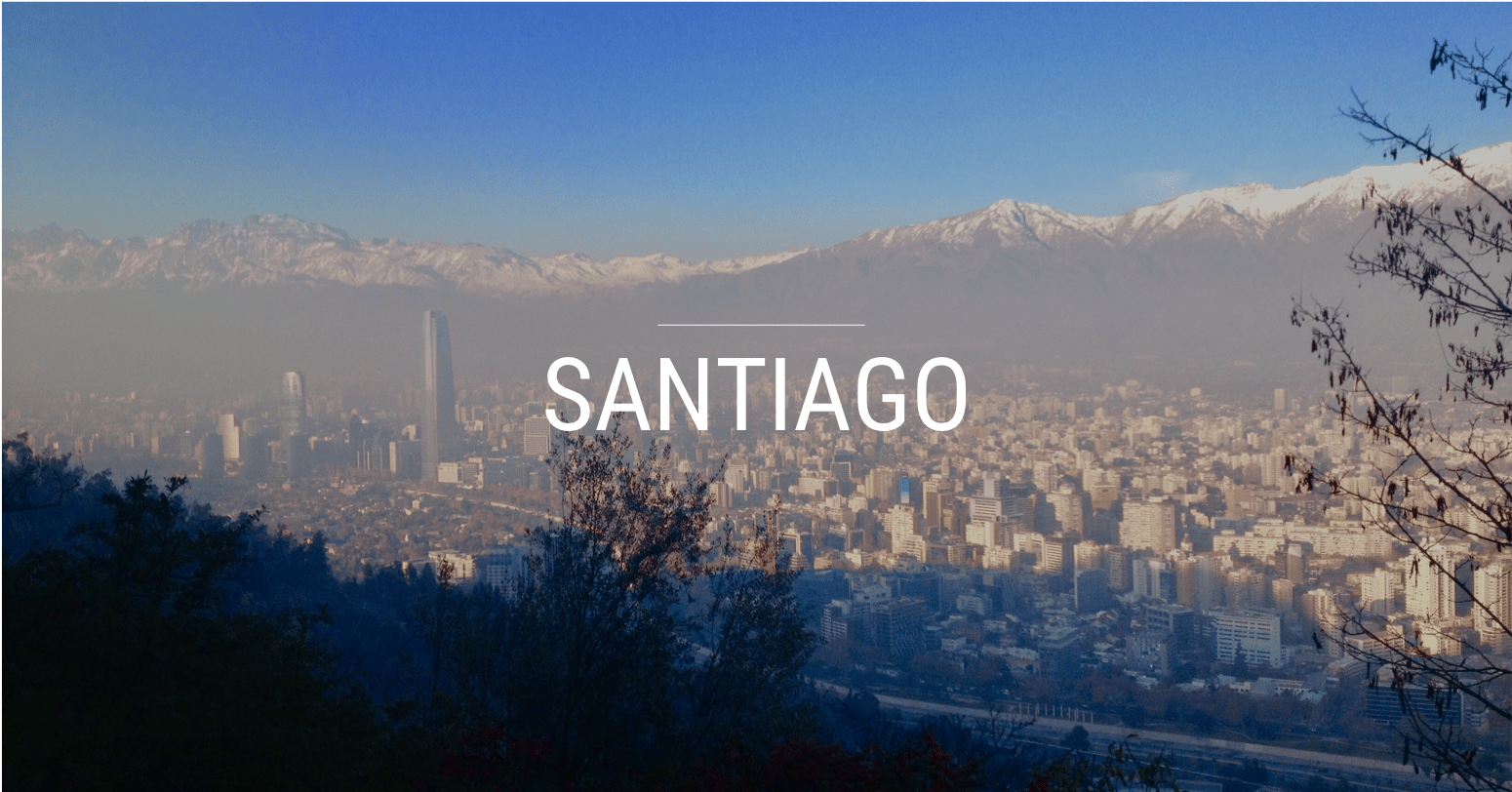 | 🇨🇱| The Chilean capital of Santiago sits on the canalized Mapocho River and is surrounded by the towering Andes Mountains. With a population of nearly seven million, it is one of the largest cities in South America and a gateway to spectacular Patagonia. In the summer of 2014, I visited for two days en route to Buenos Aires from Sydney.

Snapping a photo of the seatback map midway through the inbound flight was a sobering reminder of the Southern Pacific’s extreme isolation. As with all easterly-flying, trans-Pacific flights, crossing the mystical international dateline led to us arriving Santiago at the same time we departed Sydney 13 hours earlier. 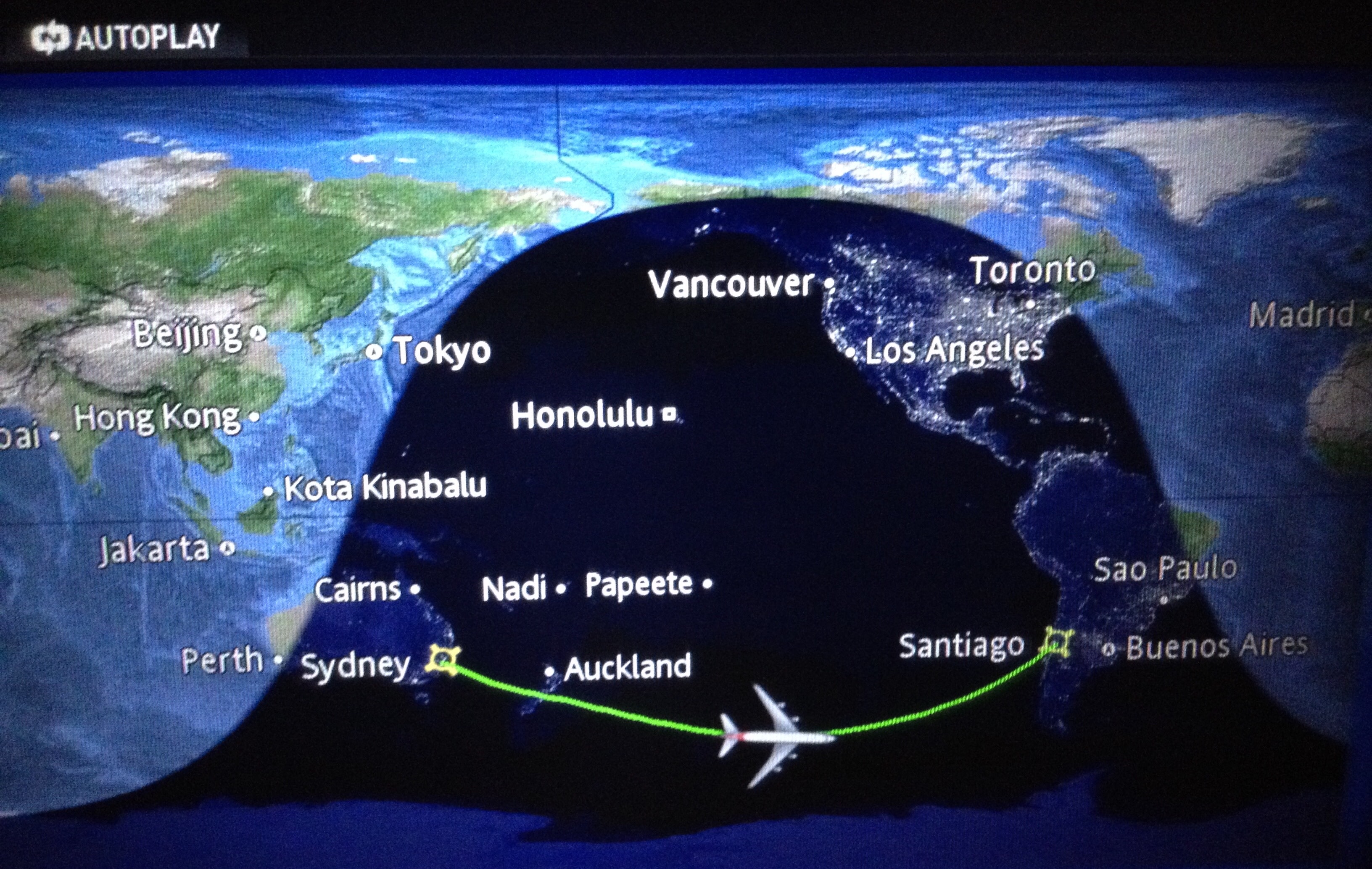 With a full day ahead of me, I did what so many locals do in July – went skiing! Being from the northern Hemisphere, I was excited about the novelty of skiing in the ‘summer’ and wasted no time getting to Valle Nevado. It is a well-known resort located in the El Plomo foothills of the Andes approximately 46 kilometers (30 miles) east of the city. I arranged to travel there by public bus which took about one hour. I paid roughly 100,000 pesos (≈ US$150) for the day, which included my lift ticket and equipment rental. The weather Gods worked their magic and provided a clear blue sky. It was a stellar welcome to South America. 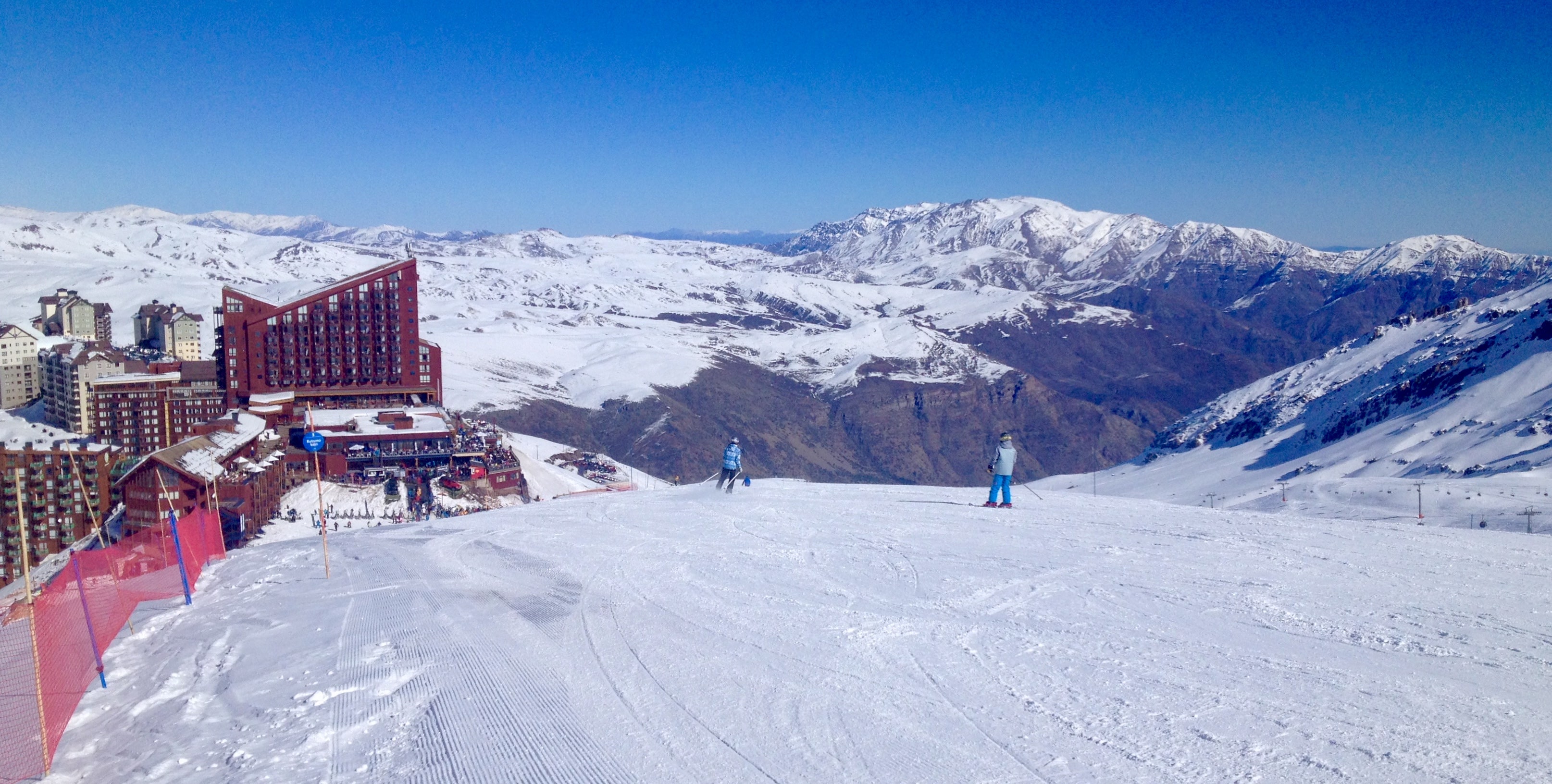 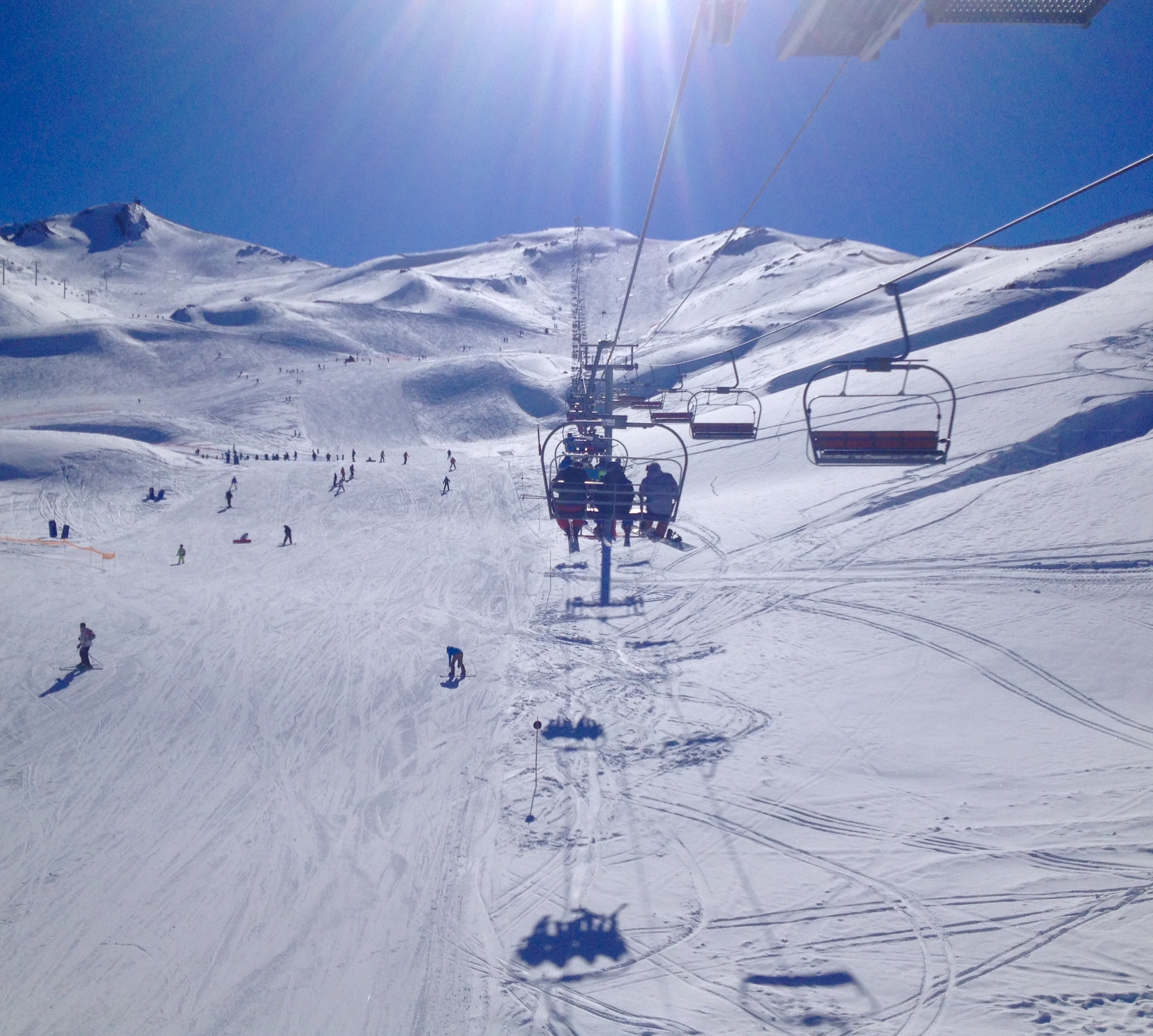 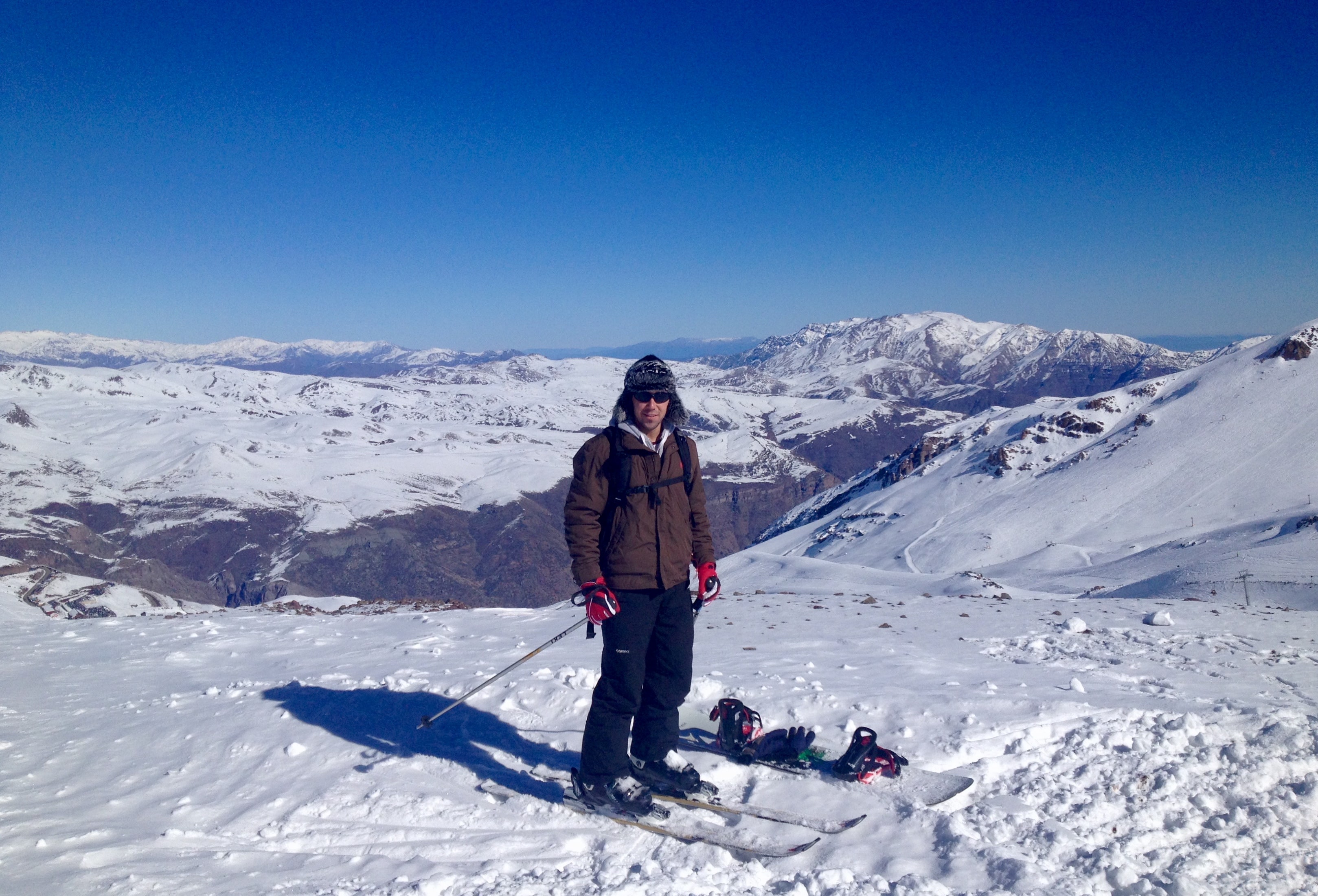 I spent the second day exploring Santiago. It is a very walkable city, with many of the key historical attractions lying within a couple areas. As the central square, Plaza de Armas was most notable, particularly the 200-year-old Metropolitan Cathedral that serves as the Archdiocese administrative center. Nearby, the Heroes of Iquique Monument and Palace of Fine Arts display the finest of Chilean architecture. The effects of the 2010 earthquake, one that registered a magnitude of 8.8 and sent tremors across the entire southern half of the continent, were unfortunately still visible in some places. 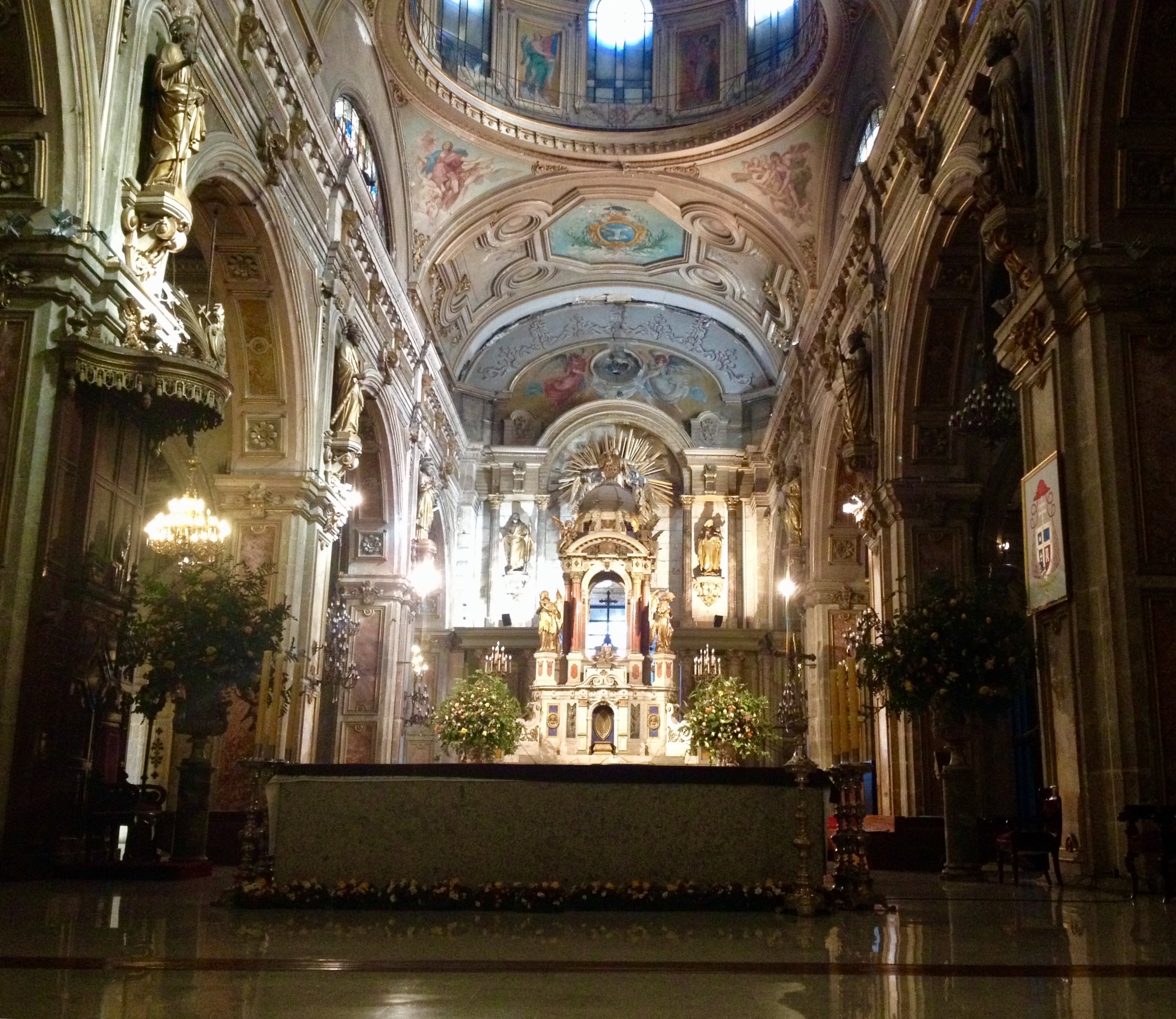 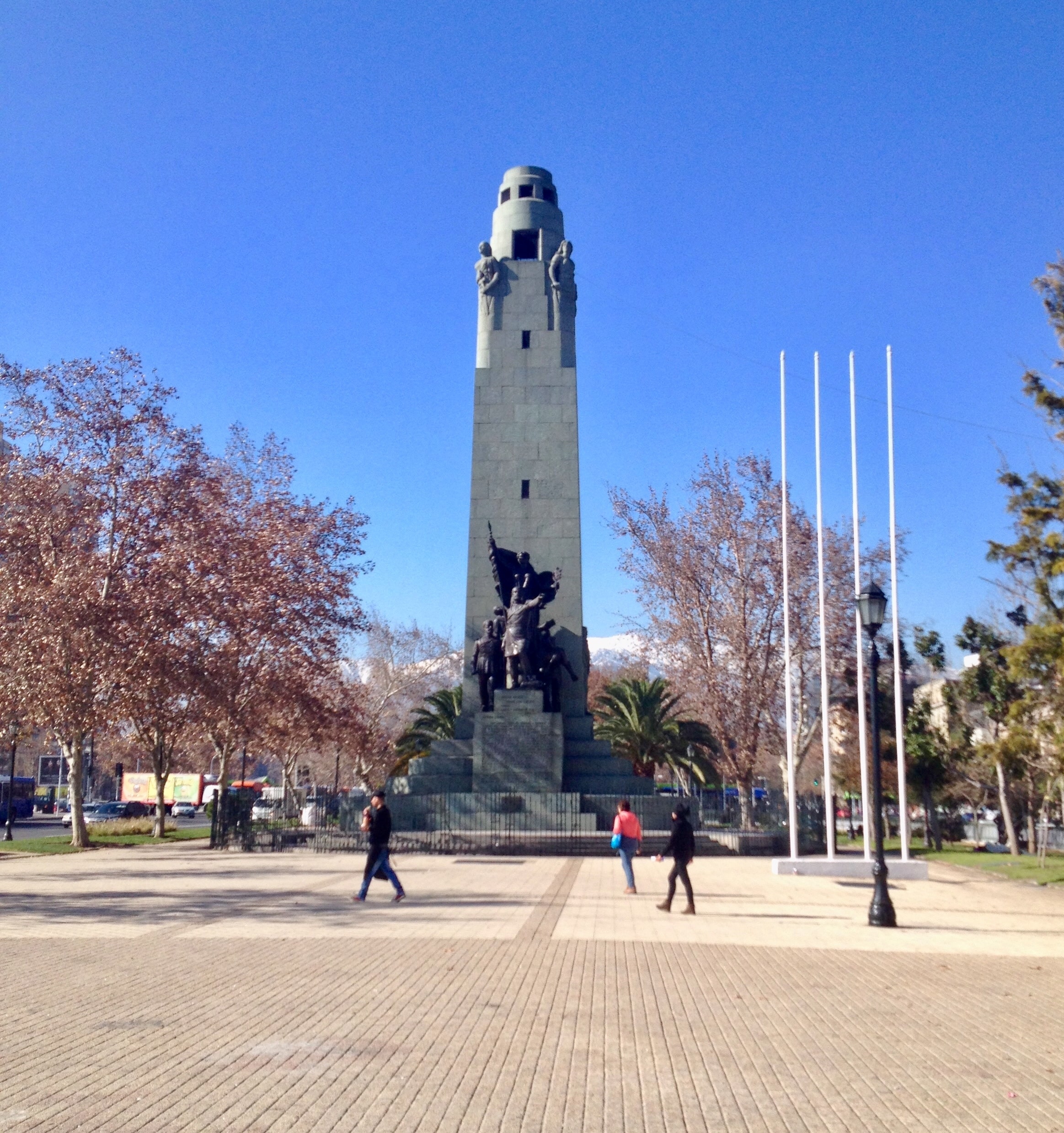 Following lunch with a Chilean colleague of my father, I took the funicular to the top of Cerro San Cristobal, an 850-meter (2,800-foot) hill on the northern edge of the city. It is routinely rated Santiago’s most popular attraction. On the summit is an Immaculate Conception sanctuary containing a large white statue of the Blessed Mother. Home to the area’s largest public park, the view of downtown and Andes Mountains from the peak is incredible, particularly on a clear day. 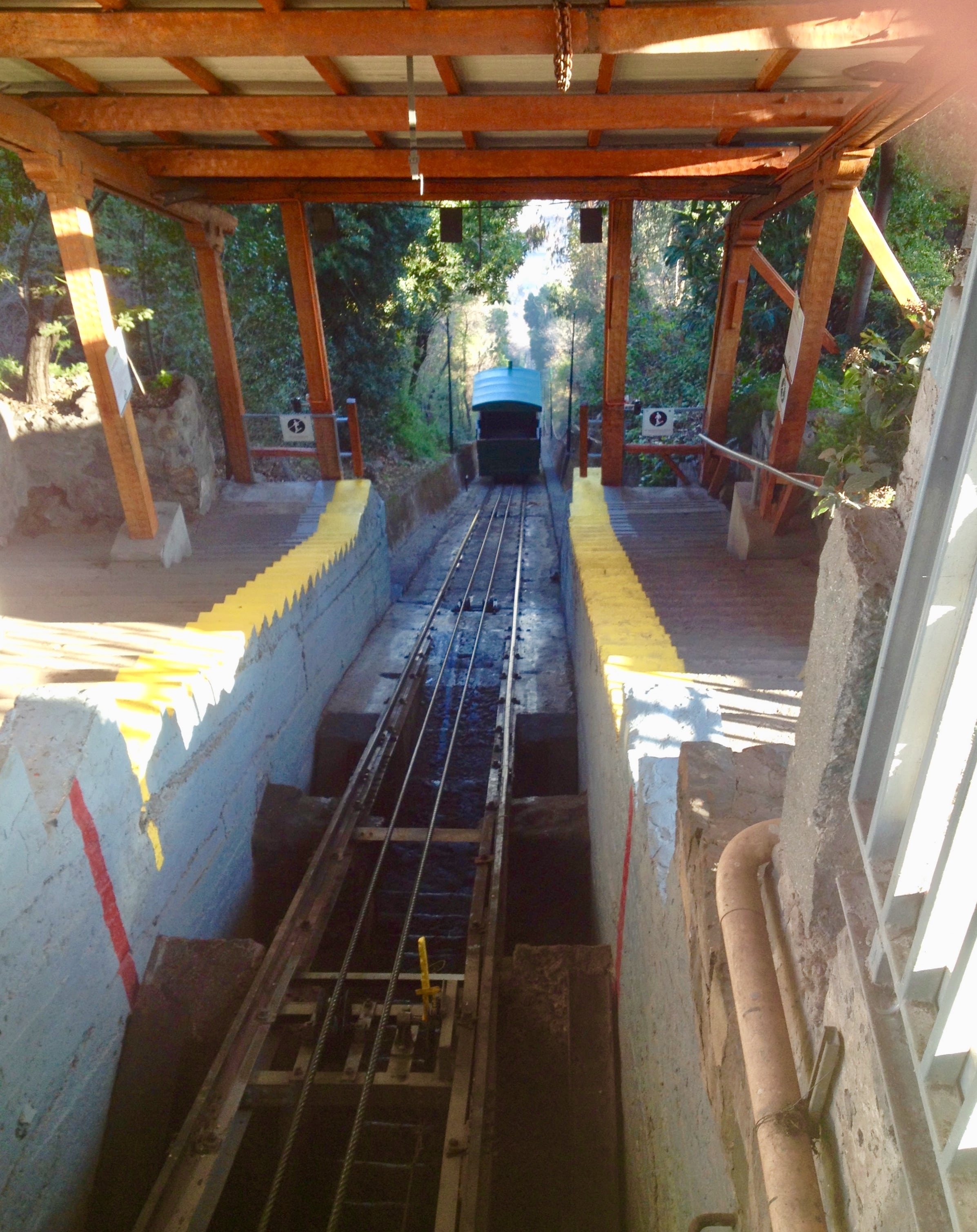 I continued east the following morning to Montevideo, and later to Buenos Aires by boat. My visit to Santiago was the epitome of short but sweet. On my next trip, I hope to visit southern Chile, as well as the world’s largest swimming pool in San Alfonso. Until then, I have the stunning photos from Cerro San Cristobal to tide me over!

Have you been to Chile or anywhere in South America?