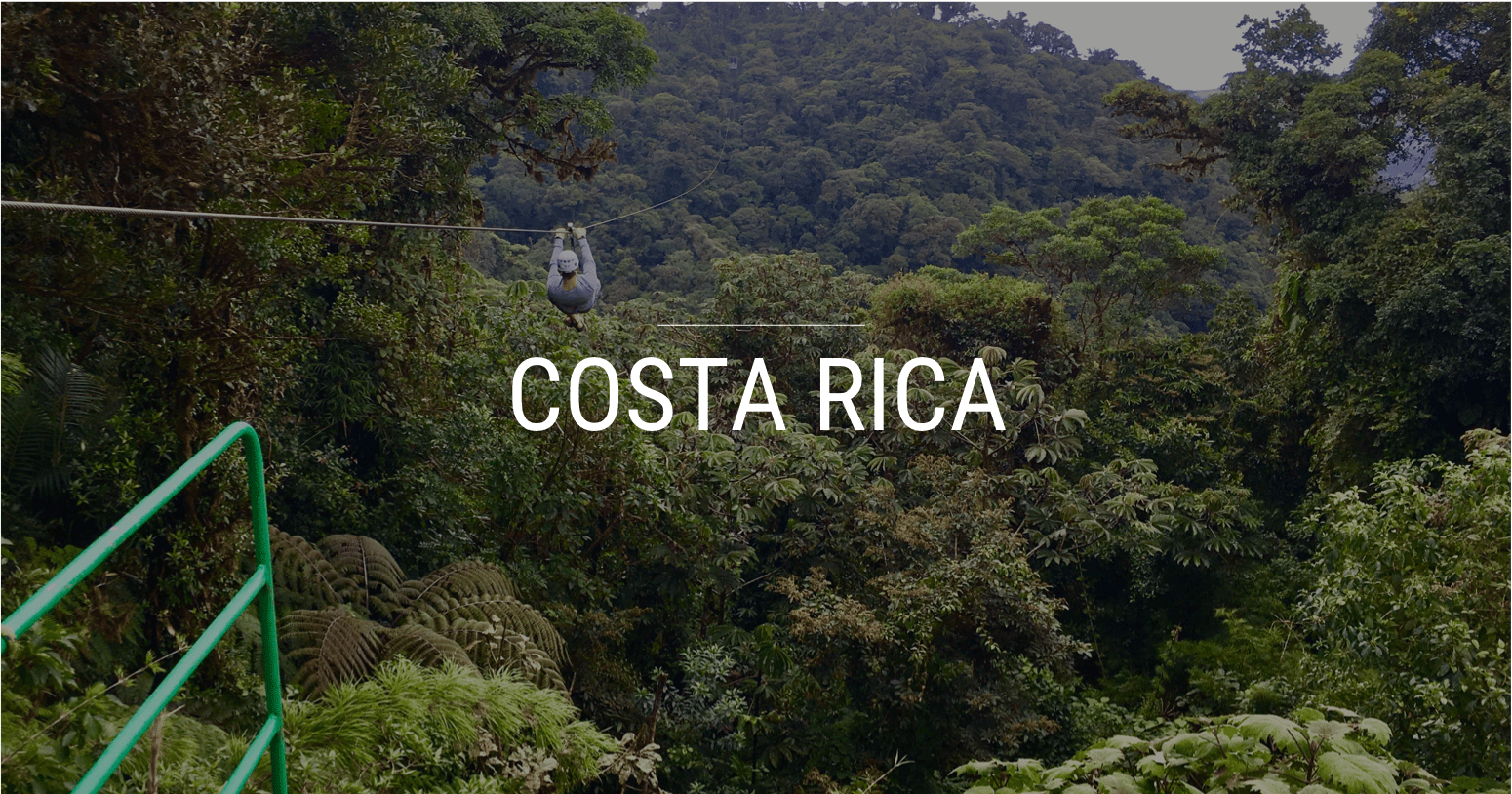 | 🇨🇷| Costa Rica is a Latin America staple and one of the most sought-after destinations in the region. Known for its well-founded democracy and extensive system of protected areas, Costa Rica’s tourism has surged over the past 10 years, largely due to Canadian and American tourists taking advantage of this nearby playground. My family pegged it as the gathering location of our 2016 Christmas break, a plan that led to us dividing five days between Monteverde and Jacó.

Thanks to some creative flight booking, we arranged for all seven of us (me + four siblings and my parents) to arrive San José within 45 minutes of each other – three from Baltimore, three from Miami and one from Havana. We rented a 10-seater van from Avis and immediately set out for what proved to be a fantastic Airbnb on Monteverde’s Curi-Cancha Reserve.

As expected, the majority of our time in Monteverde was spent outside. The small community is home to the well-known Cloud Forest Reserve, a site whose extreme biodiversity attracts visitors from around the world. We opted to hike without a guide, although I’m told that having one results in learning a lot about the reserve and its species. In any case, it is a meaningful attraction and one that should not be missed when in Monteverde. 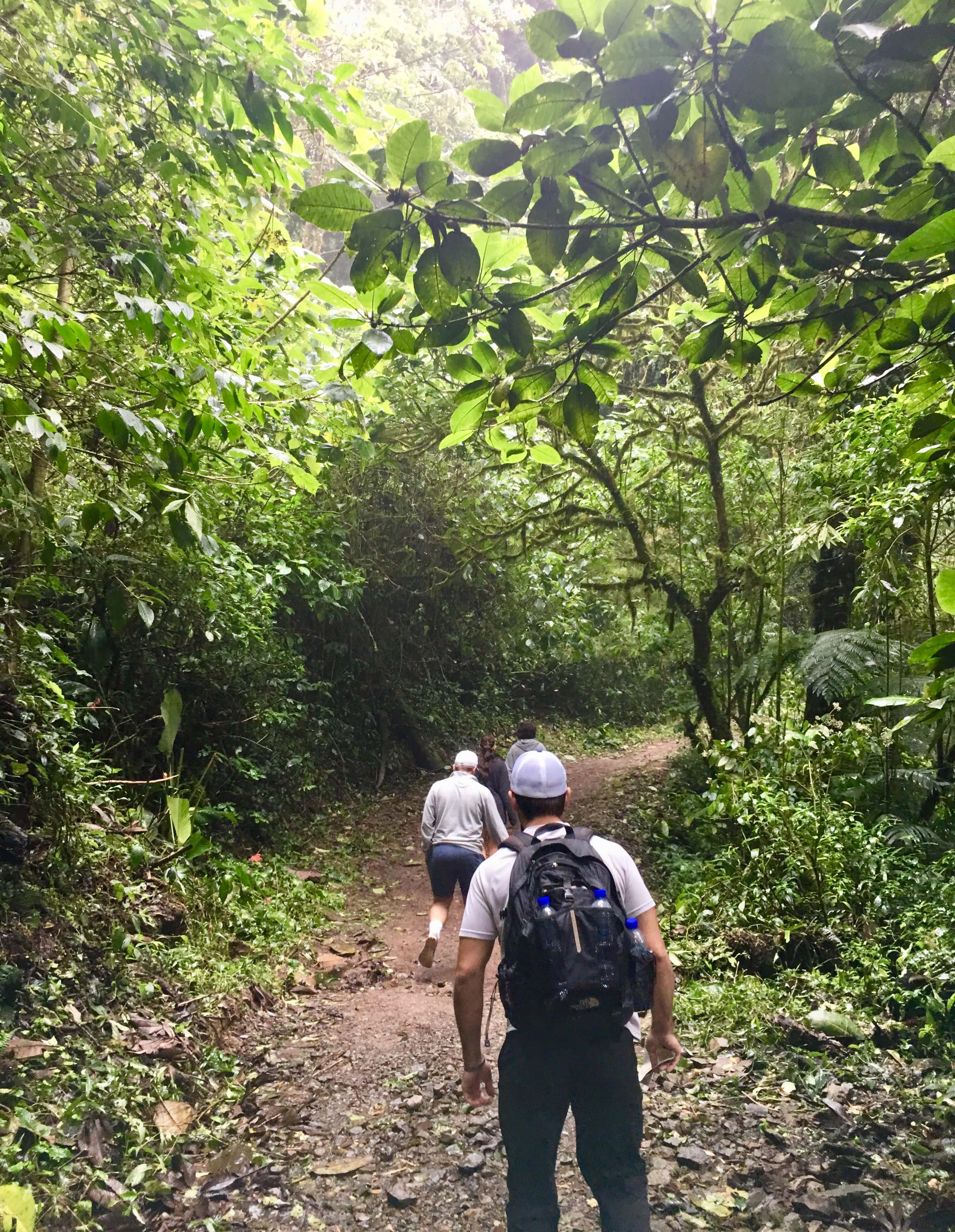 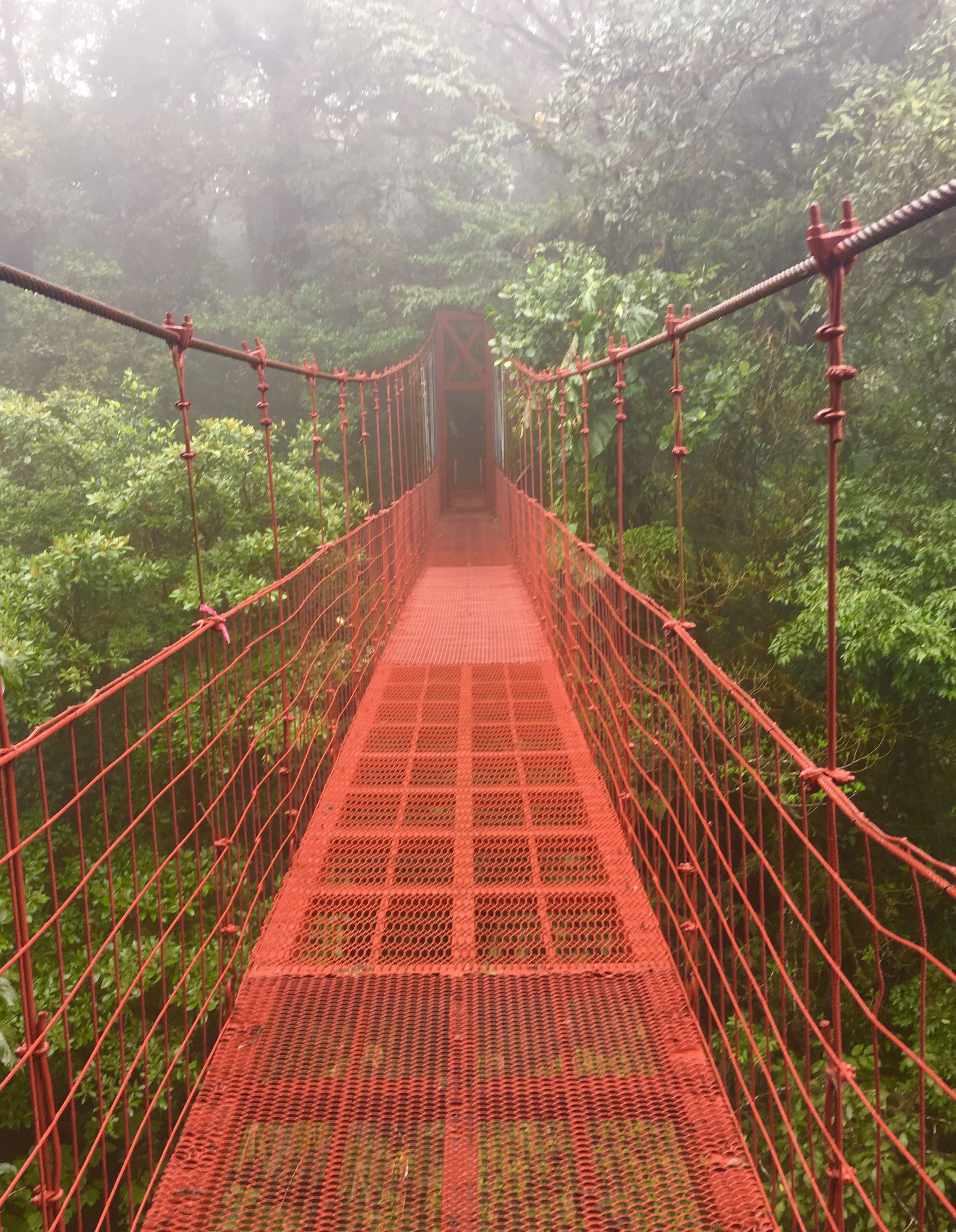 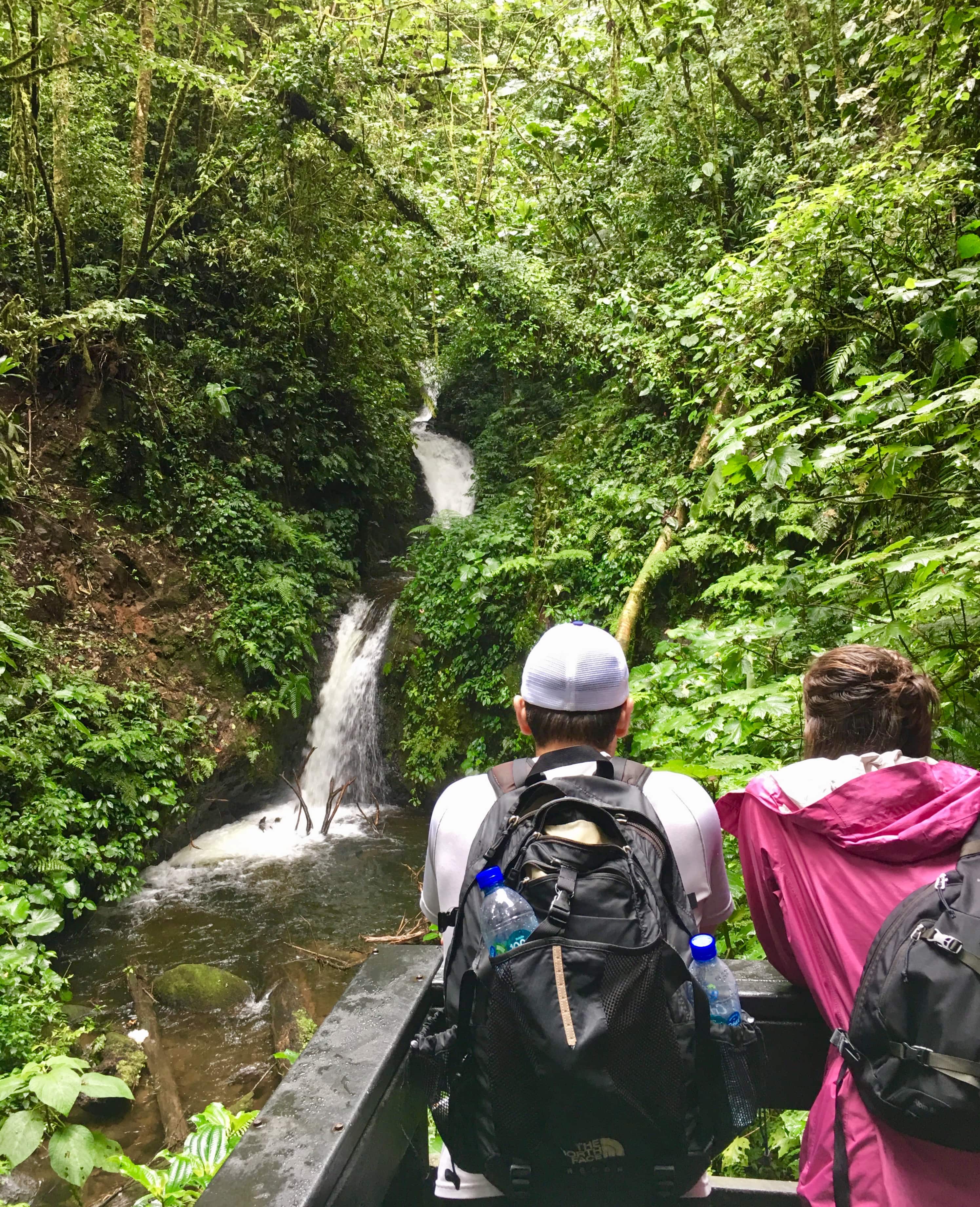 We spent the better part of our second day at the Sky Trek zip lining course. I can’t speak to the other zip lining options in the area, but Sky Trek provided an enjoyable experience. Their equipment and technology was seemingly up to date and led to a safe and comfortable ride. At nearly a kilometer long and 150 meters (500 feet) high, they claim to have one of the longest and highest individual lines in the world. The course ends with a newly-developed bungee jump. 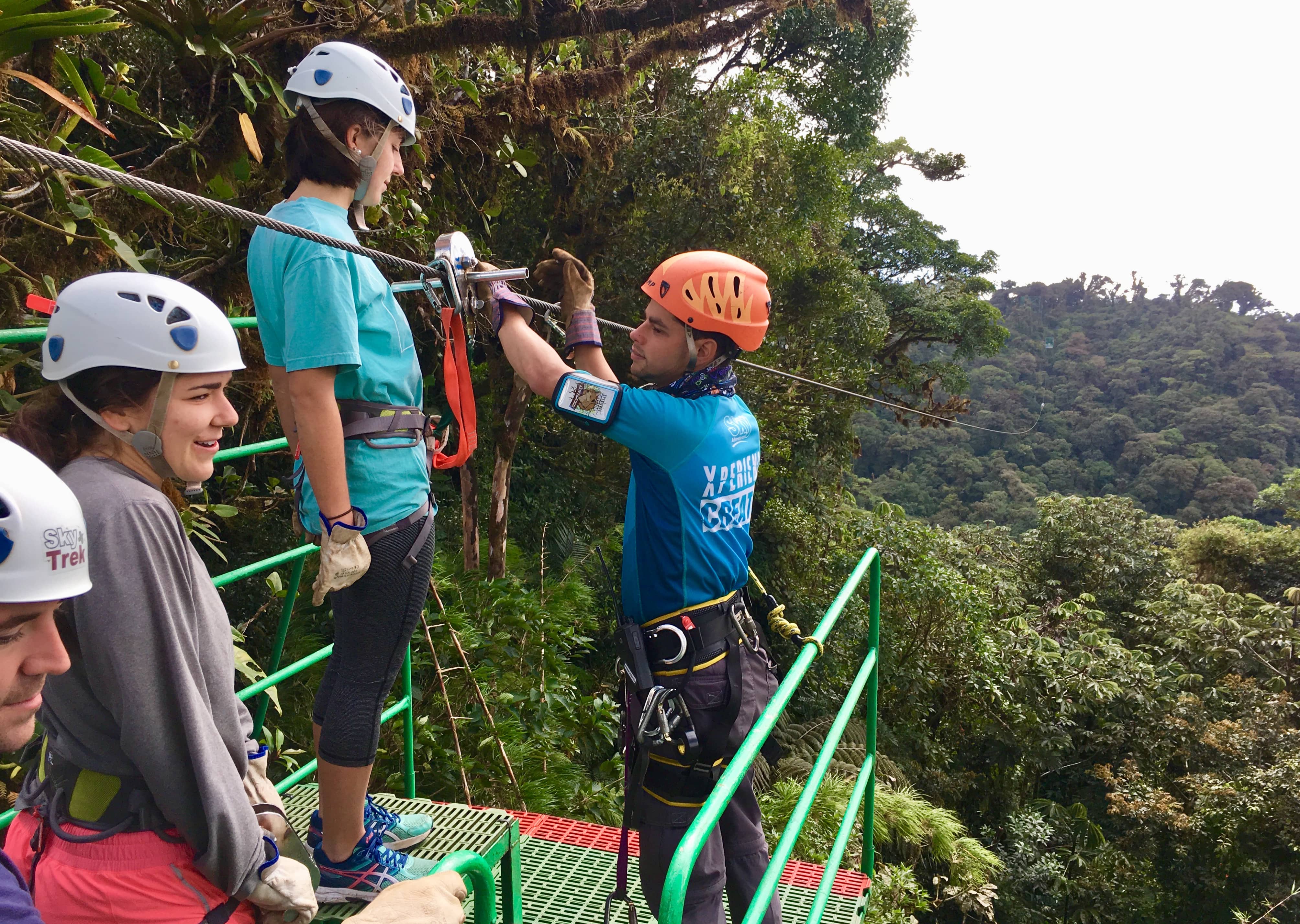 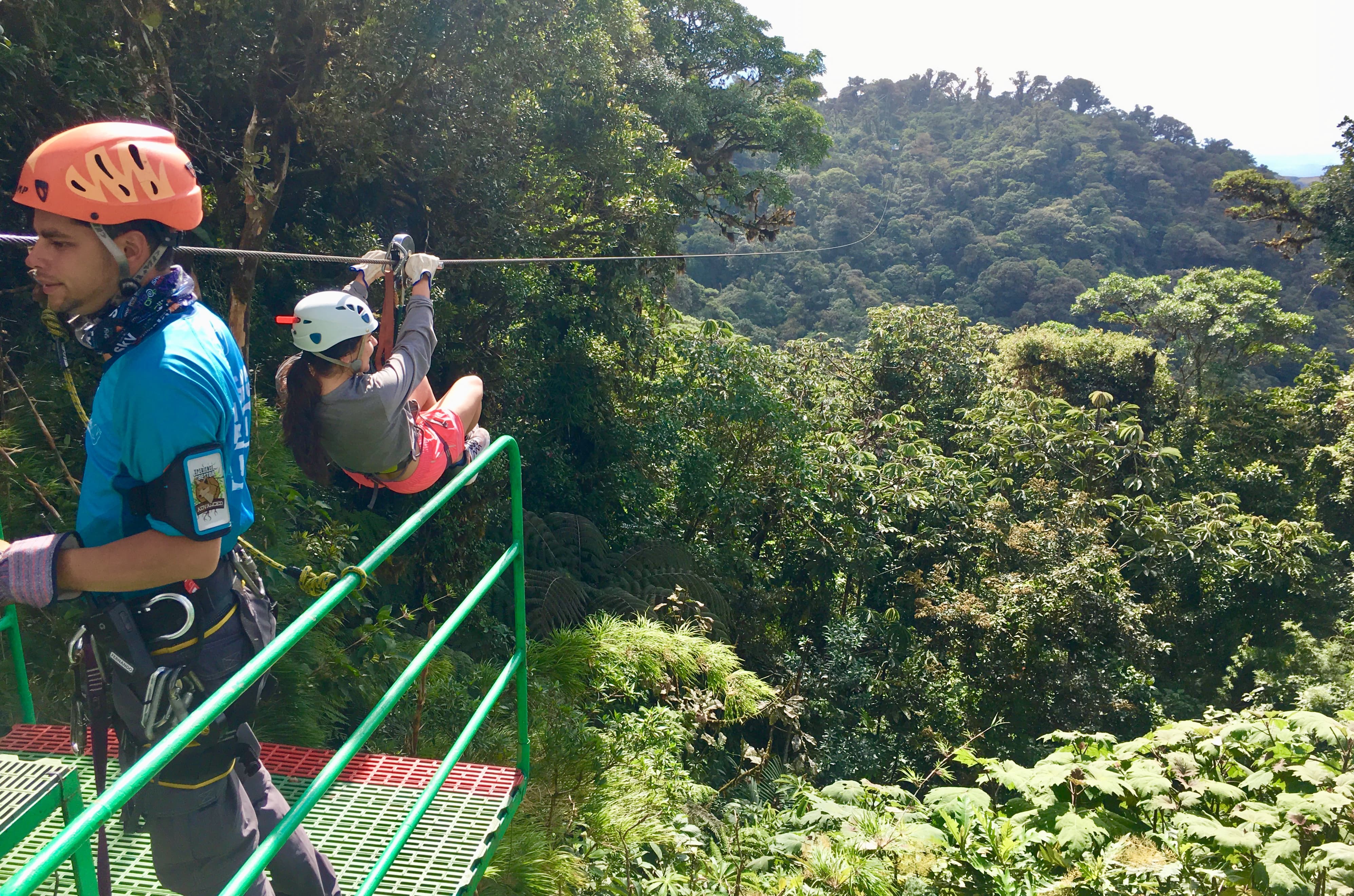 After peer pressuring each other into jumping, we grabbed a group photo before shedding the gear. My four siblings are the inspiration behind the Searching4Sam brand .. in addition to the other URL being unavailable. Back at the house and wiped out following an afternoon in the trees, we resorted to the couch and unfortunately proved that there was zero chance of a digital detox on this holiday. Thankfully my father kept it real with the magazine. 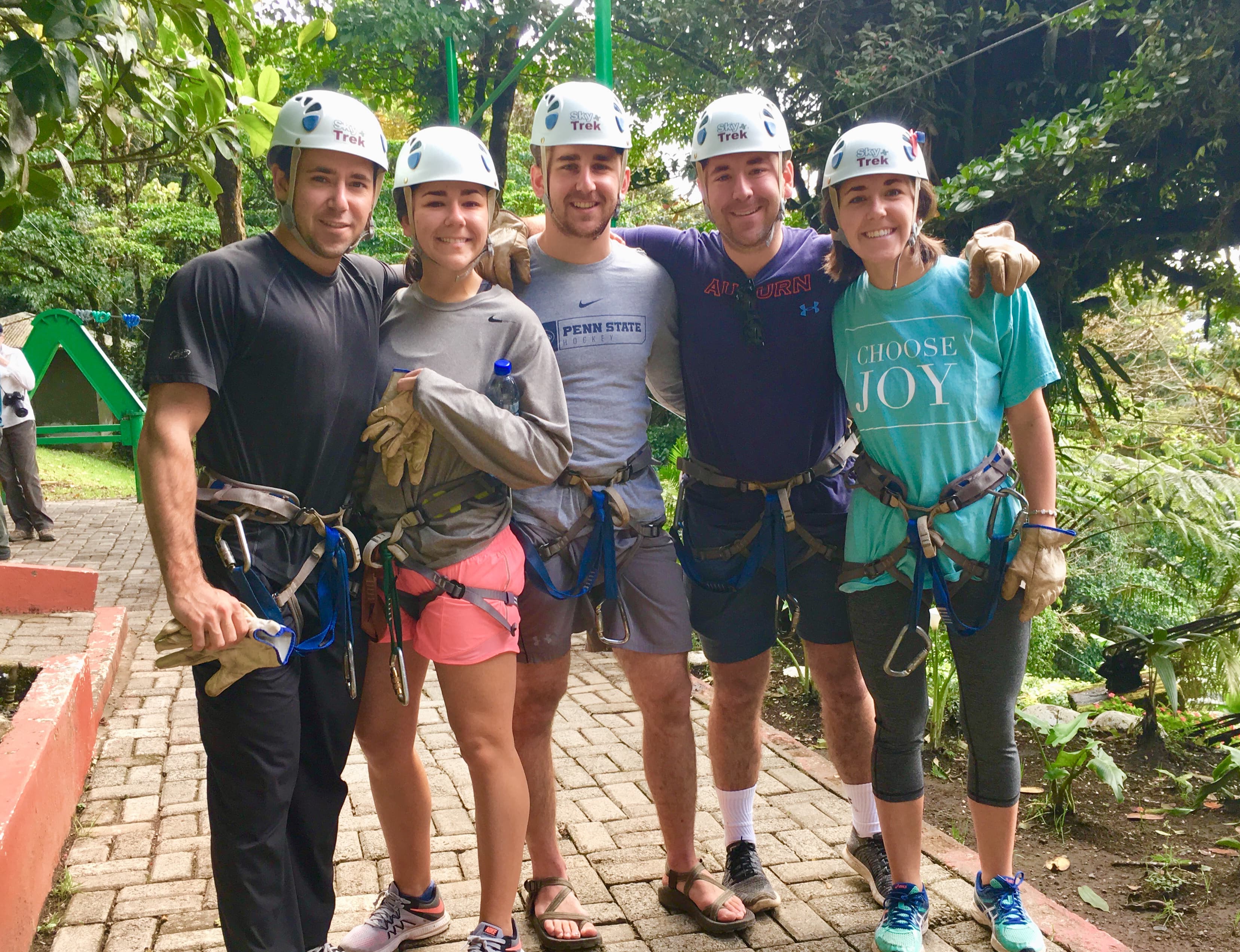 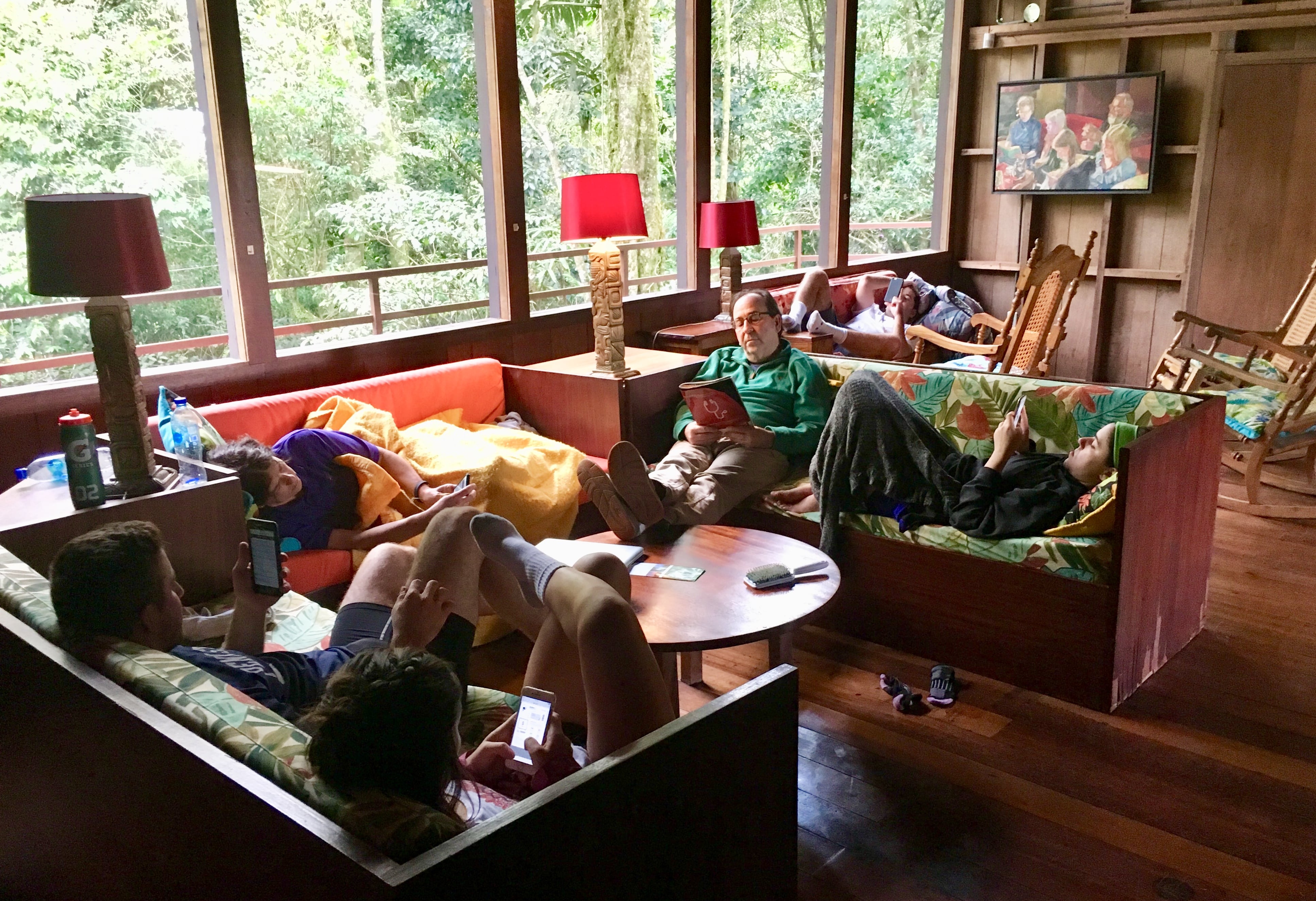 We closed up shop in Monteverde the next morning and made our way south to the coastal town of Jacó. En route, we joined several other stopped vehicles on a bridge to observe a group of crocodiles lining the river below. I estimate there to have been about 30 of them.

Jacó was one of the many beach towns we considered visiting. It has a long coastline and some of the country’s best surfing, which was a nice contrast to the Monteverde jungle. Again, we stayed at an Airbnb and were happy with the accommodation. Jacó is a quiet and relaxing area, a setting that was ideal for us. We enjoyed the pool, beach, sunsets and dozens of nearby restaurants in town. I’ve heard that other beach towns, both on the Pacific and Atlantic side, are nicer than Jacó, however, it offered us everything we could have wanted. 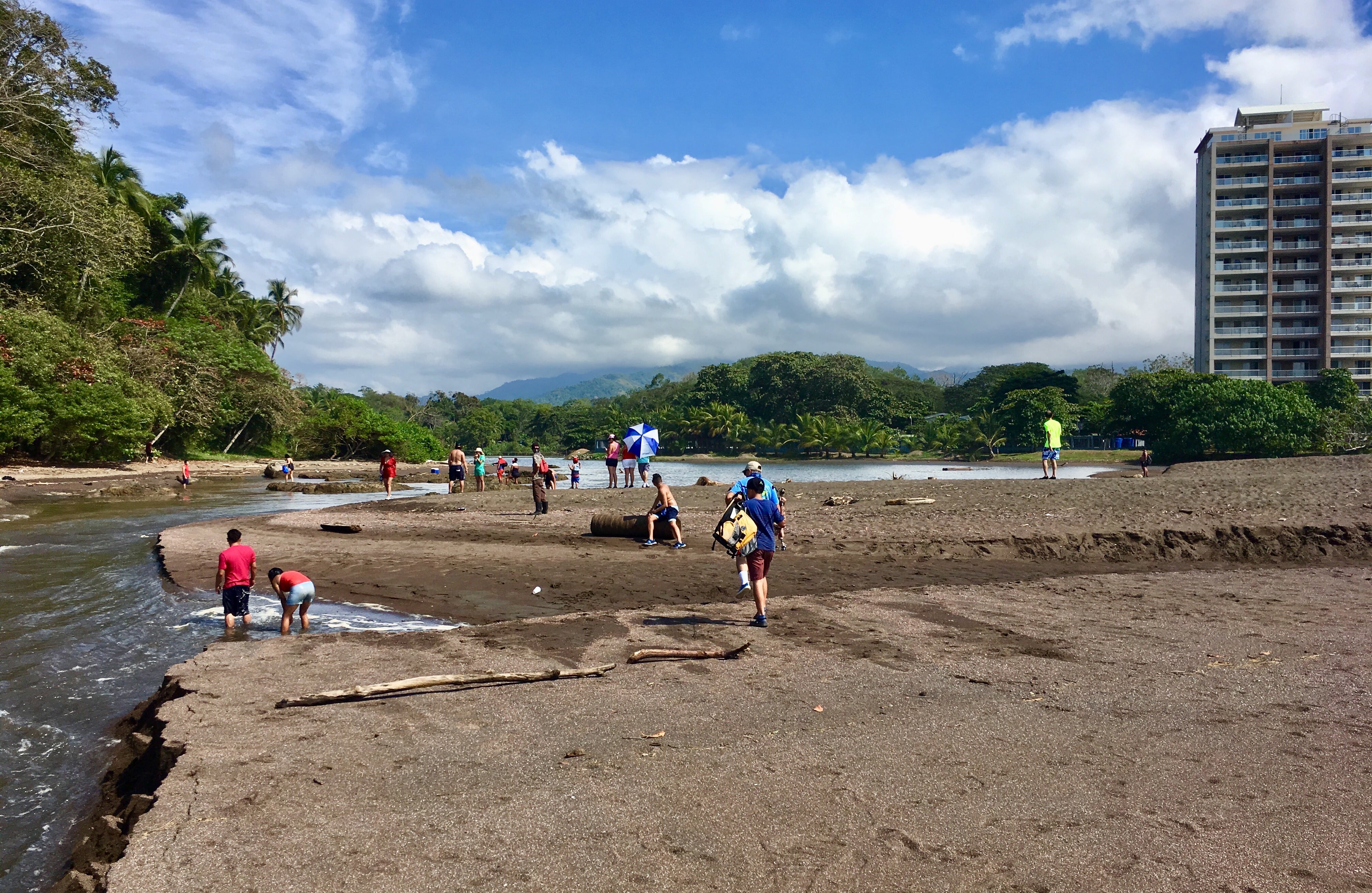 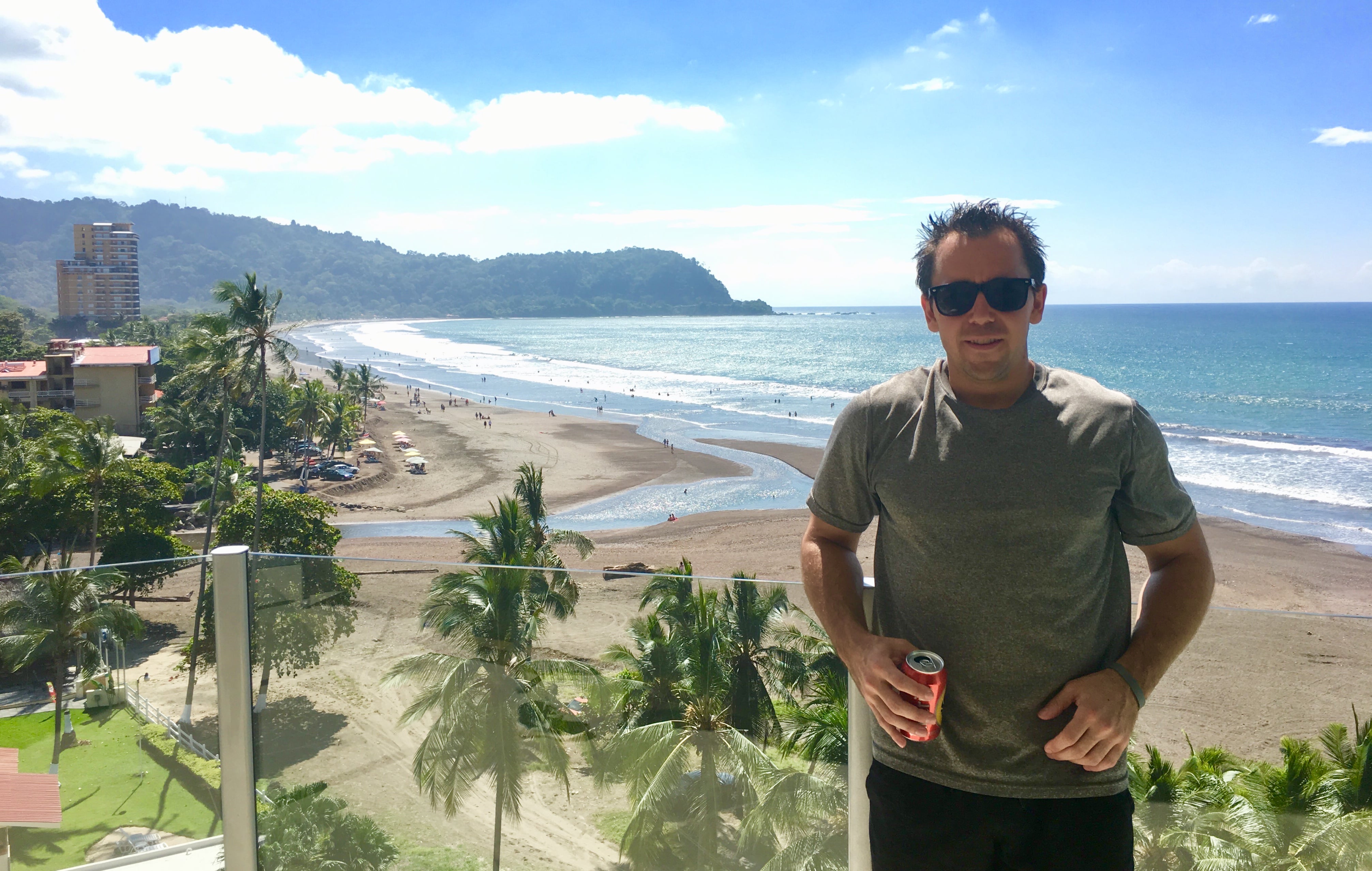 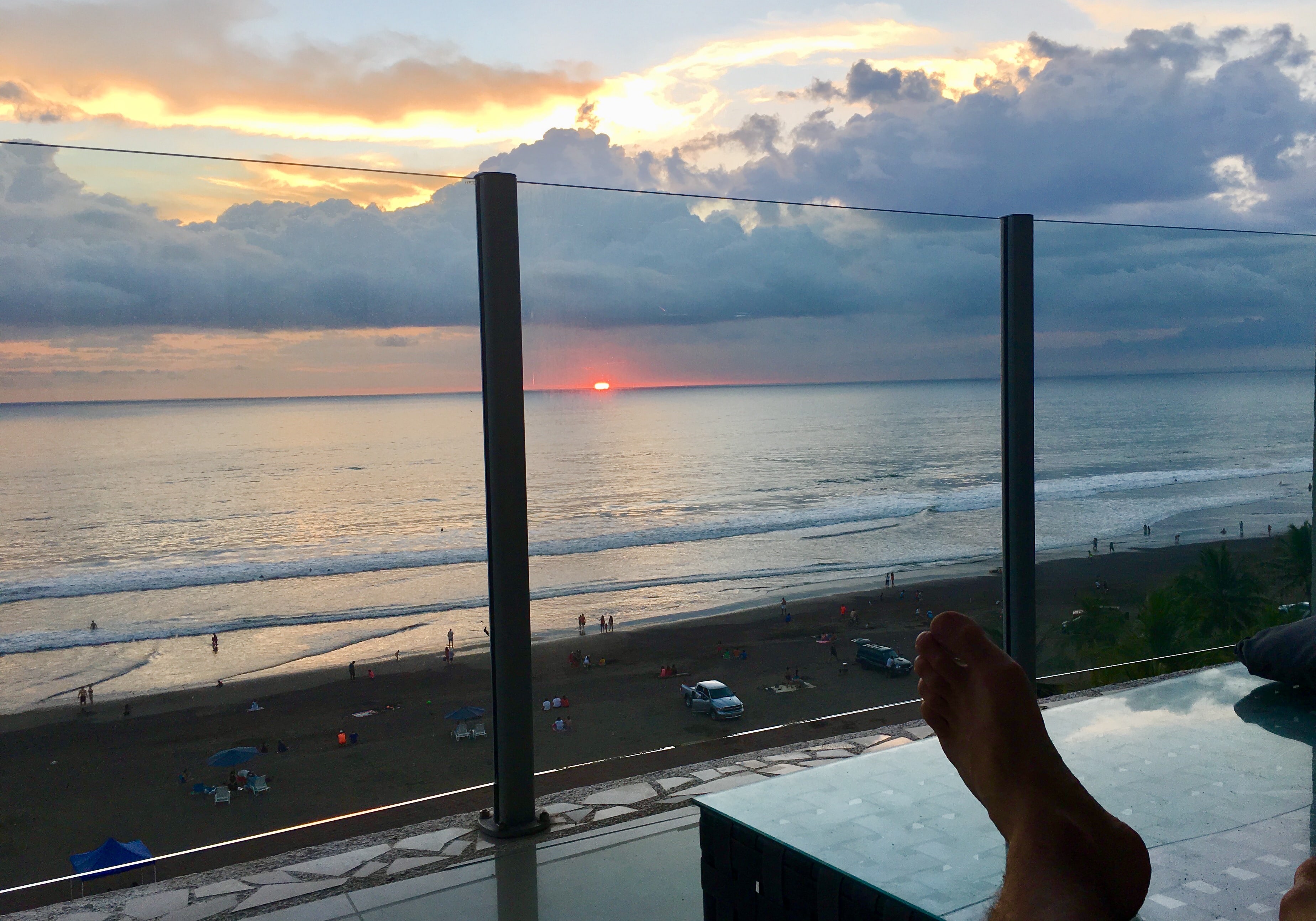 One of the biggest challenges to planning this trip was determining where to go and what to do. It seemed like everyone I asked had different recommendations from different parts of the country. Costa Rica offers a lot and it’s virtually impossible to experience it all. Depending on your interests, I would suggest splitting your time between the jungle/mountains and the beach. Renting a car can be a bit expensive but provides some convenient flexibility. Like in all of Central America, the road quality and general transportation infrastructure spans a wide range. 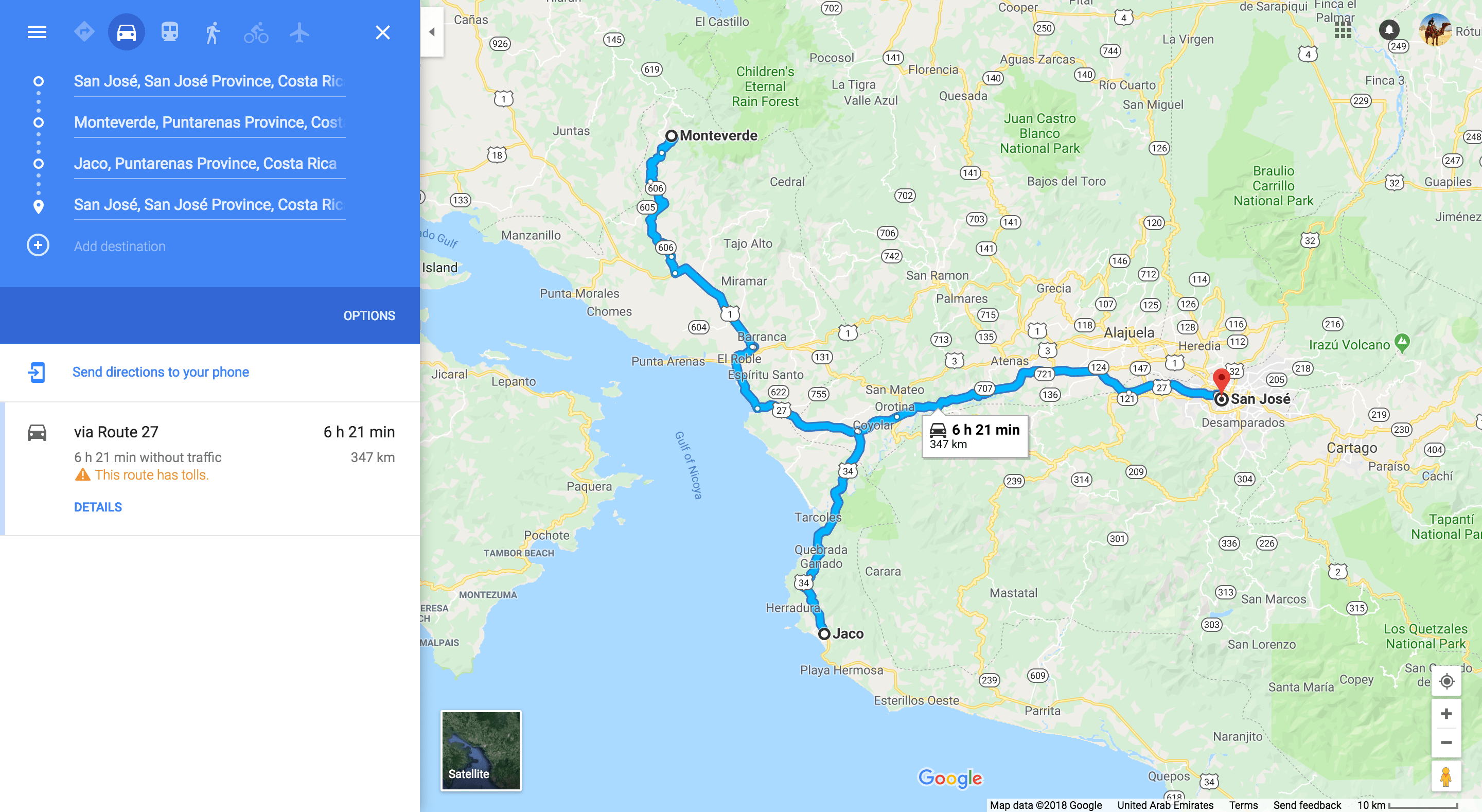 I can vouch for Monteverde and Jacó as memorable places to visit and am confident that I would describe the majority of Costa Rica in the same way. It’s a well-trodden country with tons of information available online about all of the activities and attractions. Good luck with your planning, and let me know if I can help!

Have you been to Costa Rica? What are your recommendations?