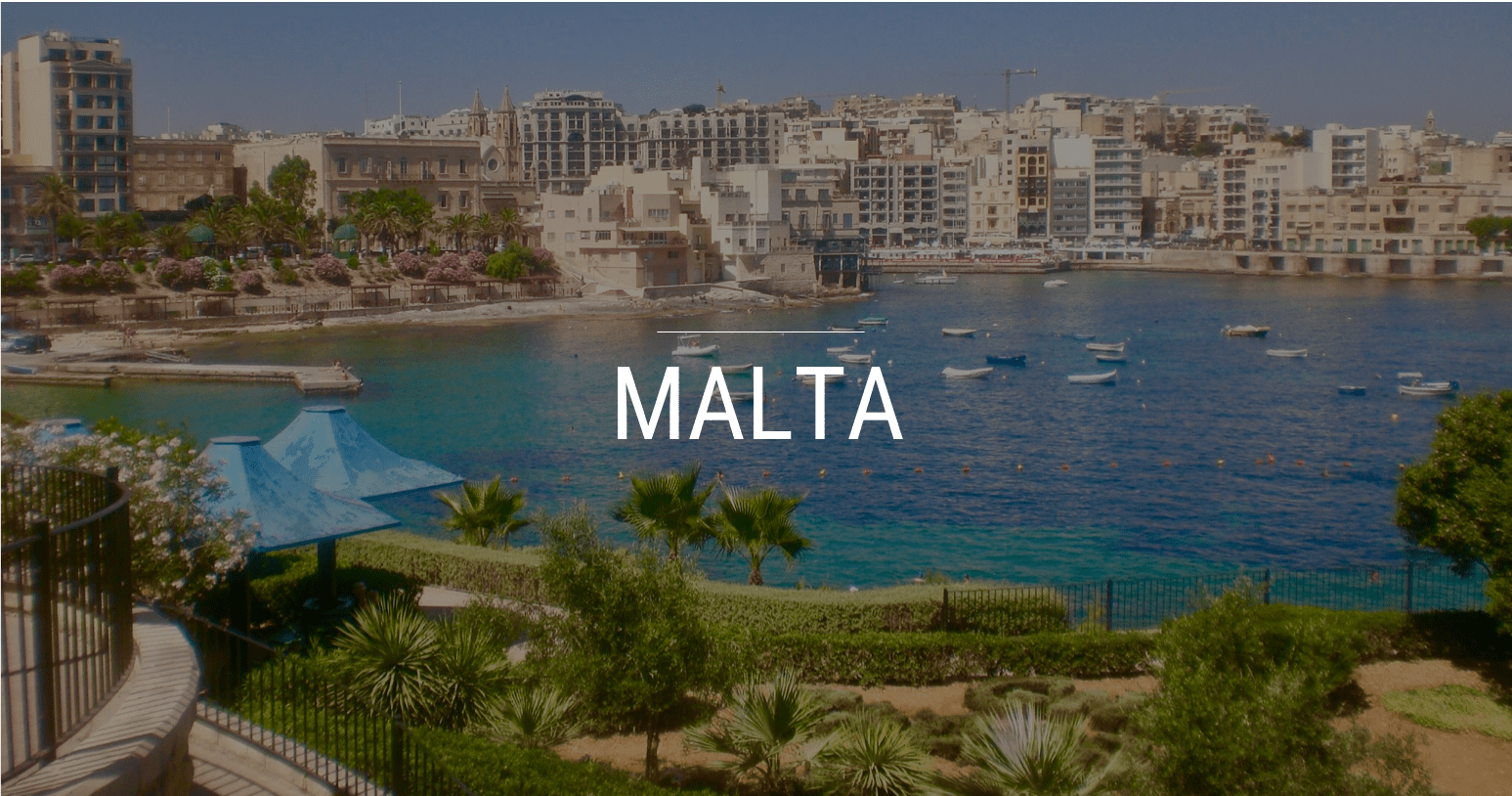 | 🇲🇹| I spent the summer of 2010 attending the European Summer Program in Lille, France. For many reasons, studying abroad is something I believe everyone should pursue. For Americans, it’s often their first exposure to life outside of the US and therefore one of the best ways to get on the travel bandwagon. Being based in Lille was perfect – 30 minutes to Brussels, 60 to Paris and 90 to London. As advertised, its access to the region truly makes it the ‘heart of Europe.’

Two years later I was offered a position within the program’s administration as Director of Student Life. I was as excited for the job as I was for the chance to explore more of Europe. Traveling in Europe is easier than on any other continent. Almost too easy. It’s size (second smallest of the seven) means all destinations are close. Everywhere is safe. Flights and trains are reliable, frequent and cheap. People are helpful. Weather usually cooperates. Could it be any simpler? I had put on a strong travel performance in 2010 and was determined to do the same in 2012.

After settling in to Lille, I wasted no time. On a weekend in late June I set out to join some friends in Malta, a tiny island nation in the Mediterranean directly off the southern coast of Sicily. Flying Air Malta nonstop from Paris was convenient and reasonably priced. The country is also served by many of the European budget carries, including Ryan Air, EasyJet and Wizz Air. Despite its size, Malta has rich history with evidence of habitation dating back to 4,000 BC.

Malta is an archipelago consisting of three main islands – Malta, Gomo and Comino. Comino is significantly smaller than the other two and far less populated. In fact, we were told that the island has a permanent population of only four. Spending a day there was my best memory of the trip.

From Valletta, we hired a van to drive us across Malta to the Cirkewwa Ferry Terminal. The ferries depart every half hour and the trip to Comino takes about 30 minutes. The ride itself is a treat. Many of the Comino shores are steep cliffs that dive straight into the blue Ocean. It reminded me of a slightly scaled down and less dramatic version of Croatia, but nonetheless retained the same level of beauty.

The ferry drops off passengers adjacent to the island’s largest attraction, the Blue Lagoon. Nothing against Iceland’s Blue Lagoon (which is a fun experience), but Malta’s is much less manufactured. Given that it was high season and the middle of summer, there were quite a few visitors hanging around that day. Most people found a flat place on the rocks to lay their towel and set up shop for the day. Lucky ones got a spot on the small patch of sand. We brought lunch with us but there are also options to buy food from local vendors on site. It was a hot day, so we were in and out of the water for hours. 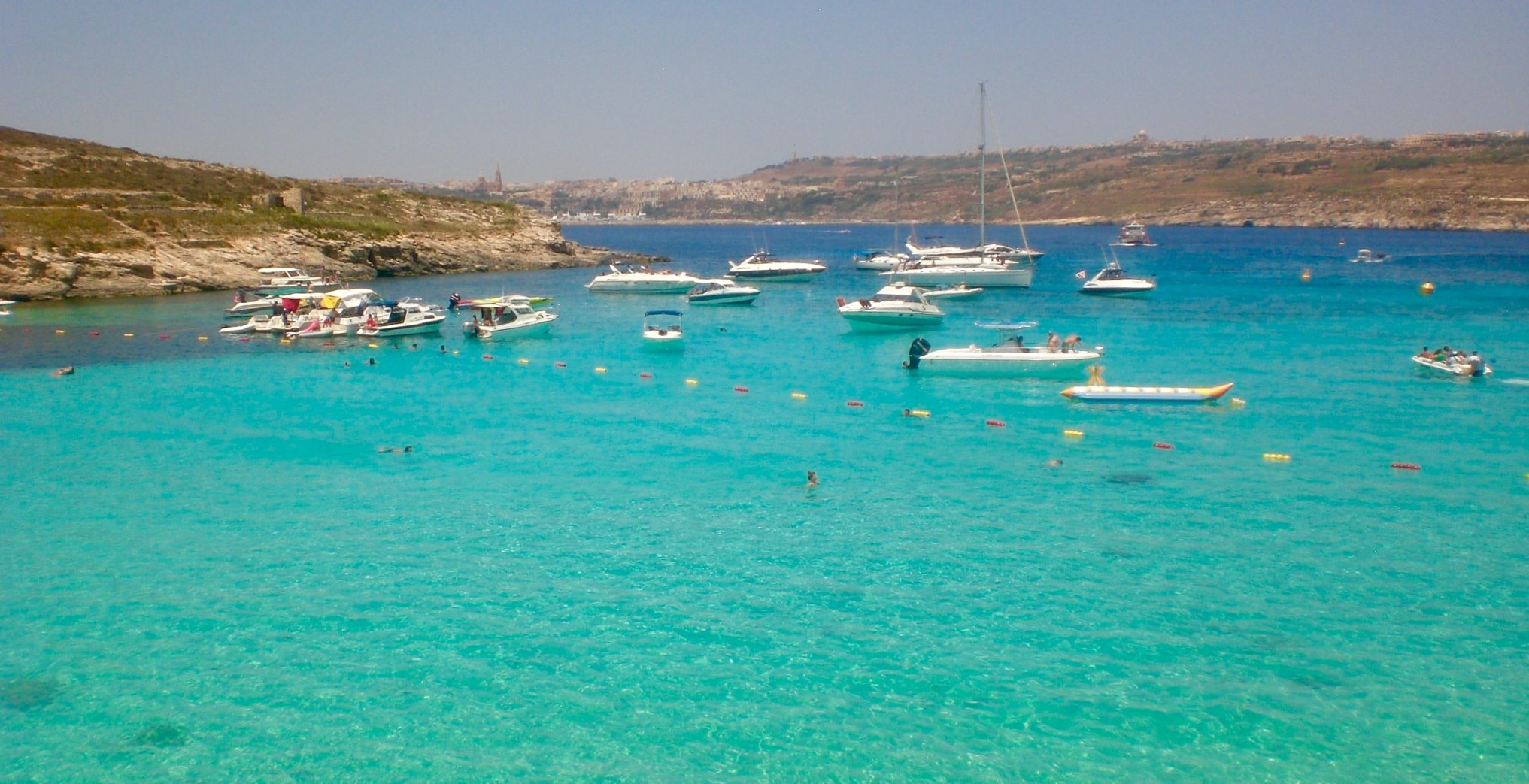 Straight across the lagoon from the beach is a large split in the rocks. We had been watching people head that direction all morning but couldn’t tell what was going on. When looking closer, we noticed people jumping from the top. While swimming to the other side to get a closer look, we crossed paths with a German man. He appeared to be in a lot of pain. I asked what happened and he said he had jumped from the cliff and landed awkwardly. His ribs were hurting and he was considering going to the hospital. Not fun. 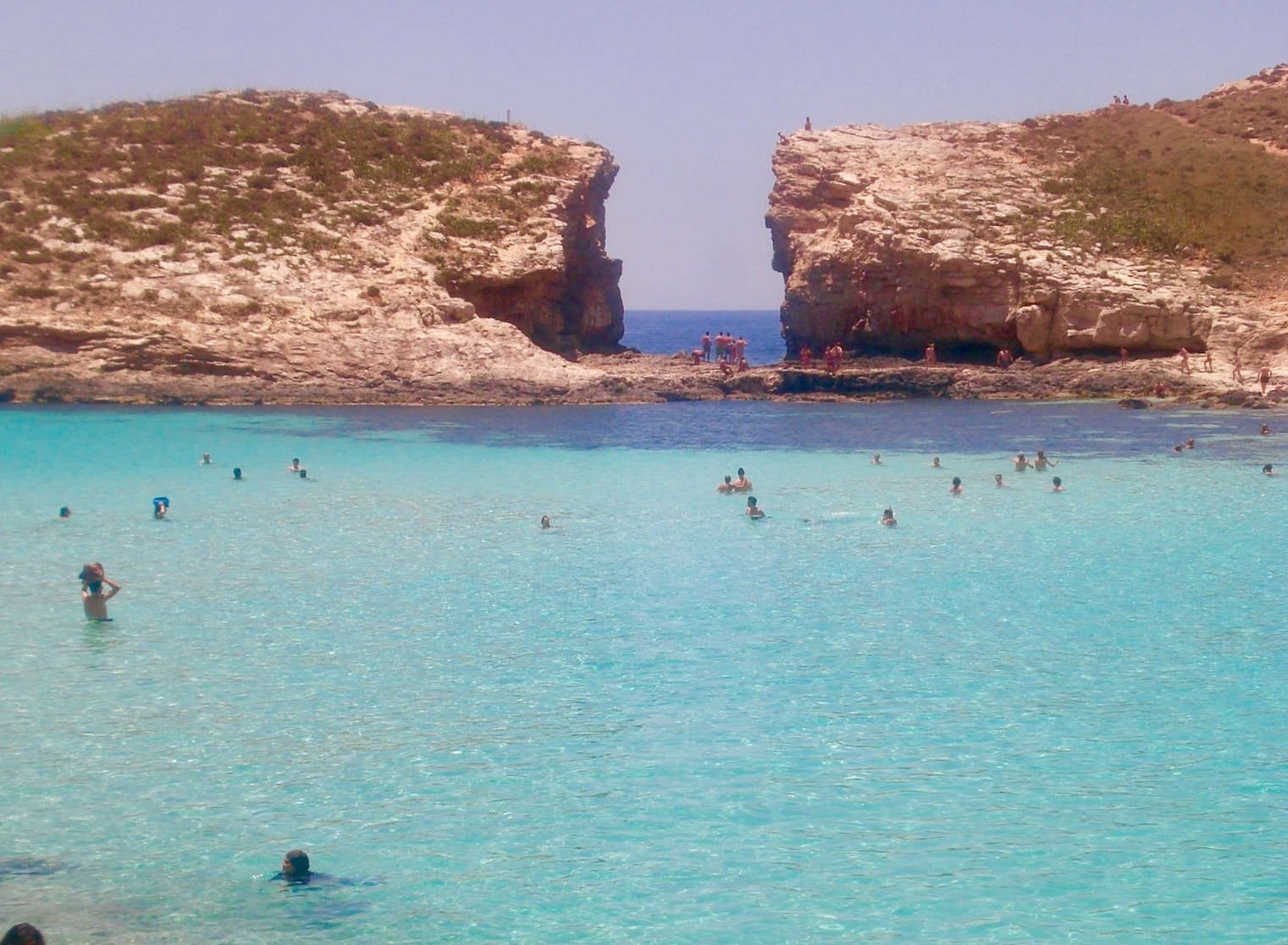 With that exchange top of mind, we continued on our way. It quickly became easy to understand how he had gotten hurt. It was a long way down. The talk amongst the crowd suggested 21 meters (70 feet). However, the height didn’t seem to faze people. There was a slow but steady stream of jumpers. I watched dozens of people jump before I even considered it for myself. I also took a good look under the surface near the landing area to see if there were any rocks sticking out. It passed both of those tests which led me to walk up to the top of the cliff. Anyone who’s done something similar knows that it always looks higher from the top than the bottom. I bullied my buddy Ben into being the guinea pig and jumping first (I’m such a good friend). Although he was successful, I still contemplated it for several minutes, but eventually took the plunge.

Apparently, my commentary following the jump was, “I’m going again.” It was an exciting and memorable experience but once proved to be enough.

Happy to be in one piece, we spent the next couple hours exploring Comino Island on foot. We walked to Saint Mary’s Tower, the most visible structure on the island. It served as a warning system in the case of invasion throughout various wars. Walking across the island leads to some fantastic views of the surrounding landscape and the Sea. 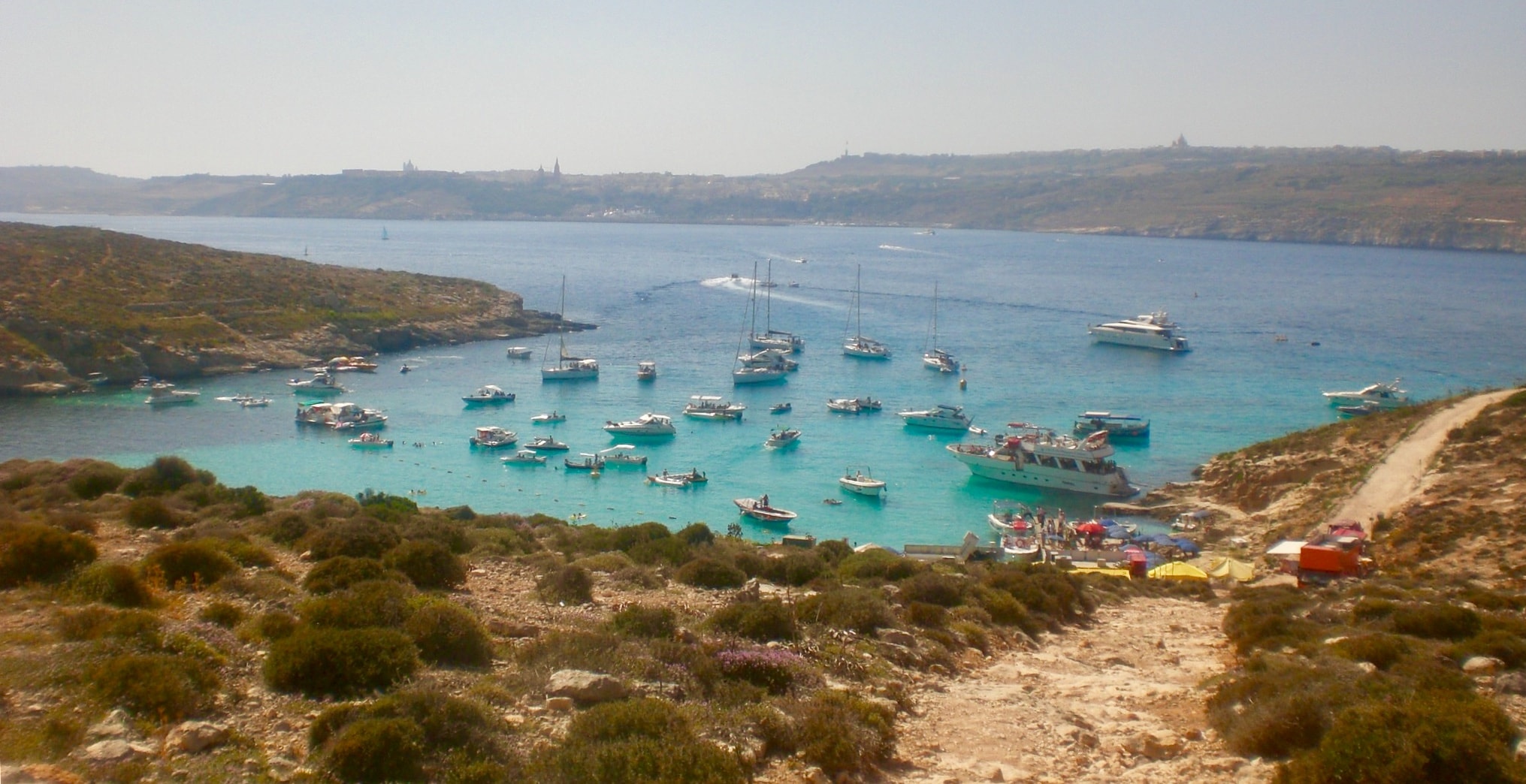 We caught one of the last ferries back to Malta that evening and woke up the following day looking like lobsters. Maybe we should have prioritized sun screen over cliff jumping? Oh well.

The capital, Valletta, is gorgeous and one of the most concentrated historical areas in the world. It sits on a peninsula and is the southernmost and geographically smallest capital in Europe. The city’s Grand Harbour is one of the nicest you will find and an ideal place to walk. 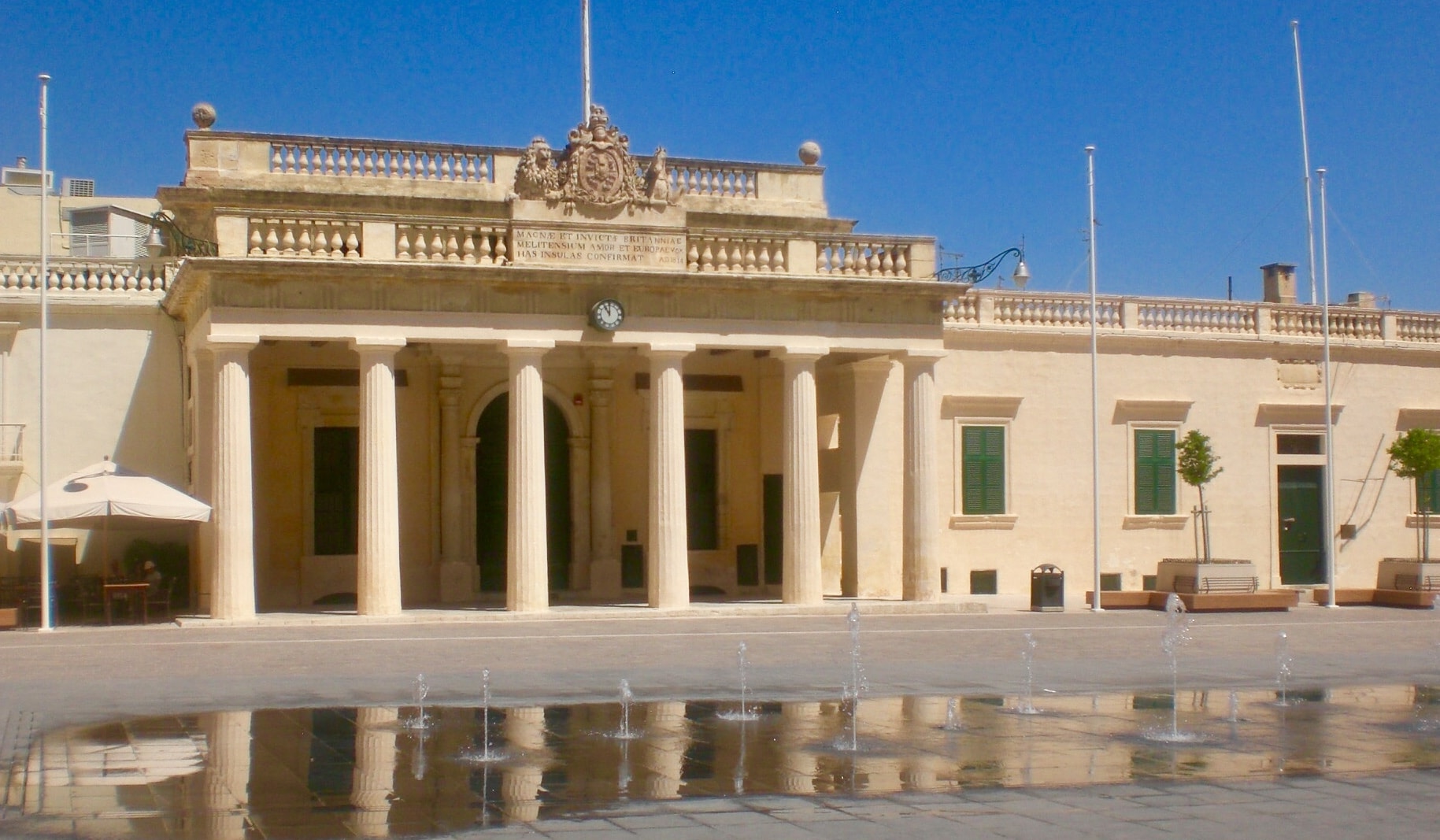 A few years following this trip, Azure’s Window, a huge limestone natural arch on Gozo, collapsed in a heavy Mediterranean storm. This had been one of the countries’ biggest attractions. It was a sad day for Malta.

Although it requires a slight detour from the usual trip through continental Europe, Malta’s tropical climate, historical monuments, beautiful beaches and megalithic temples make it worth the effort. It was probably the most memorable trip I took that summer. It can also serve as a convenient gateway to the Middle East or northern Africa. Many people don’t know about this tiny country, but I am proud to vouch for it as a superb place to visit.

Have you heard of Malta? Would you jump off the cliff in Comino?