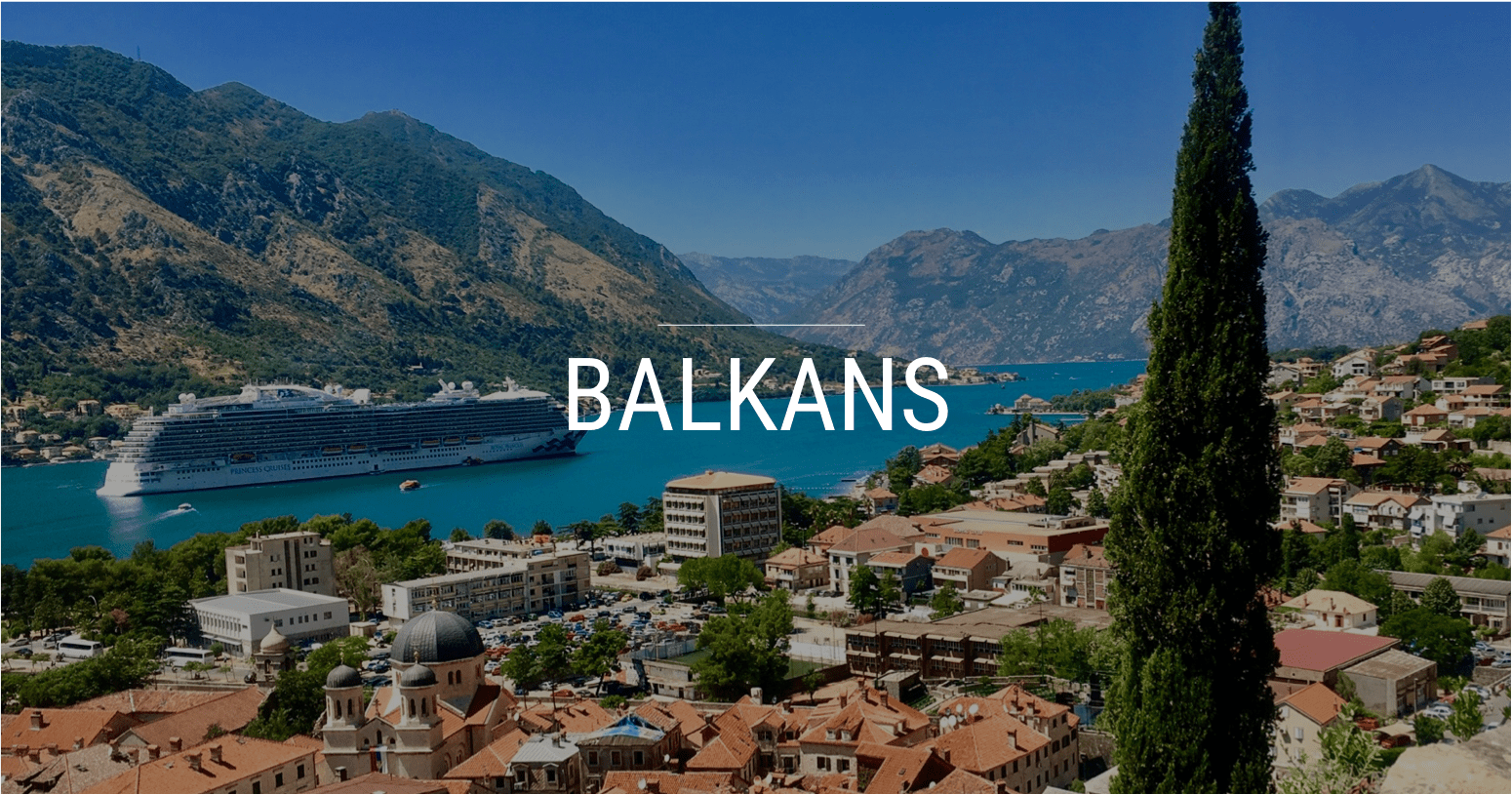 |🇧🇦 • 🇭🇷 • 🇲🇪 • 🇦🇱 • 🇽🇰 • 🇲🇰 • 🇷🇸 • 🇧🇬 • 🇷🇴| The Balkan Peninsula is a geographic area in southeastern Europe and one of the most underrated regions in the world to explore. From the Adriatic Coast to the Stara Planina, the Balkans offer an impressive range of attractions, all while maintaining a cozy but captivating environment for visitors. Geographically part of Europe but not officially the EU (with the exception of Croatia, Bulgaria and Romania), the region offers all the comforts of traveling Western Europe but with an inspiring grit due to its Greek, Turkish and post-Soviet neighbors.

The topography of the region led to me quickly identifying it as an ideal road trip destination. I love road trips and look for any excuse to travel and enter new countries by land versus air. I’ve been fortunate to take a number of them, most notably New Zealand, Iceland, the Great Ocean Road, French Riviera and Morocco. It’s hard to beat the convenience of having a vehicle and doing everything at your own pace. That said, this trip through the Balkans, one that crossed nine countries in a single swing, presented an imposing breed of new challenges. The majority of my planning revolved around addressing two logistical concerns – 1) the rental car, and 2) border provisions. 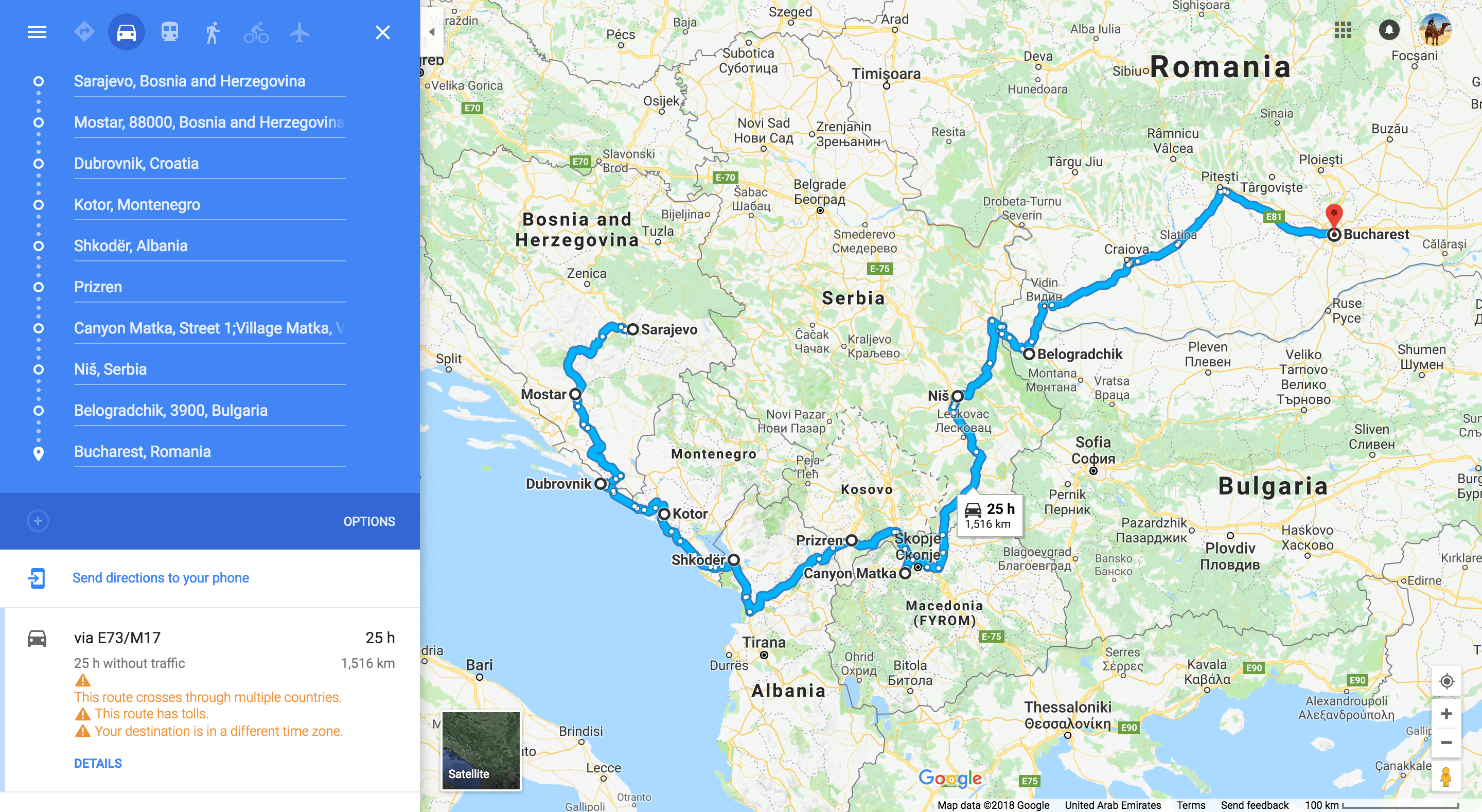 My friend Emily was joining the trip from the US and, for airfare and general itinerary reasons, flying into Sarajevo and out of Bucharest made the most sense. However, this led to rental car issues. Picking up the car in Sarajevo and returning it in Bucharest was no problem, but none of the Bosnian companies allowed for their cars to be driven through Albania and Kosovo. Alternatively, Enterprise, based in Dubrovnik (where we intended to stay the second night of the trip), did allow for this. Long story short, we rented two cars – the first between Sarajevo and Dubrovnik from CityRent, and the second between Dubrovnik and Bucharest from Enterprise. The top two ways to send rental car fares through the roof are one-way rentals and crossing international borders. The only thing worse is to do this twice in one trip. In summary – convenient but expensive.

The second point of contention were the logistics behind crossing nine different international borders. I spent a lot of time researching this ahead of the trip and am happy to report that all went smoothly. The longest we waited at any of them was for 45 minutes between Croatia and Montenegro. Entering Serbia was seamless despite having been stamped into Kosovo two days earlier. The only notable hurdle was that Kosovo required us to go inside the immigration office and purchase local drivers’ insurance for €10. All other crossings were straightforward.

We were able to pay for virtually all of our expenses with a credit card, and, although many of the countries have an official currency other than the Euro, they were often accepted. When necessary, we exchanged a small amount of cash for kuna, leu, dinar, lev, etc. Also, this trip allowed me to max out the services of GoSim, a global sim card provider and a product I’ve been using for years. I usually purchase 1GB of data for US$89, valid for 30 days in over 150 countries. Their coverage spans the entirety of the Balkans and was key for navigation.

Following several weeks of research and with plans finally in place, we were off!

Our Bosnian stops included Sarajevo, Medjugorje and Mostar, the latter two of which I rank among the top 10 most memorable sites in all of Eastern Europe. Medjugorje is a handsome, mountainous village near the Croatian border. The Blessed Virgin Mary is reported to have appeared to six local children here in 1981 culminating it as one of the most important Roman Catholic pilgrimage destinations. Mostar is a small town most famous for its Ottoman-style old bridge. Despite considerable war damage, the city’s exceptional charm and liveliness persist in style. Lucky visitors can witness an iconic Stari Most diver in action. 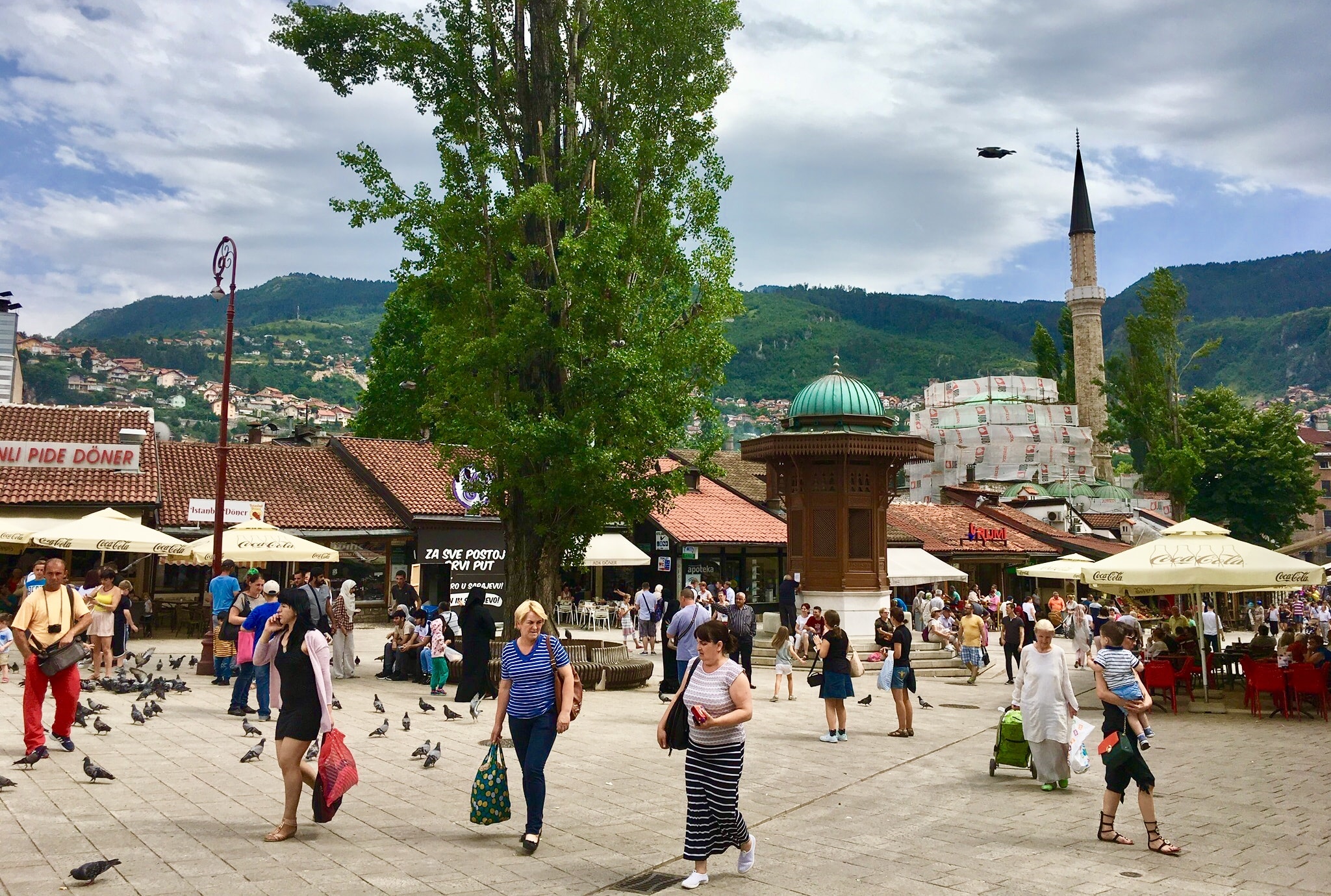 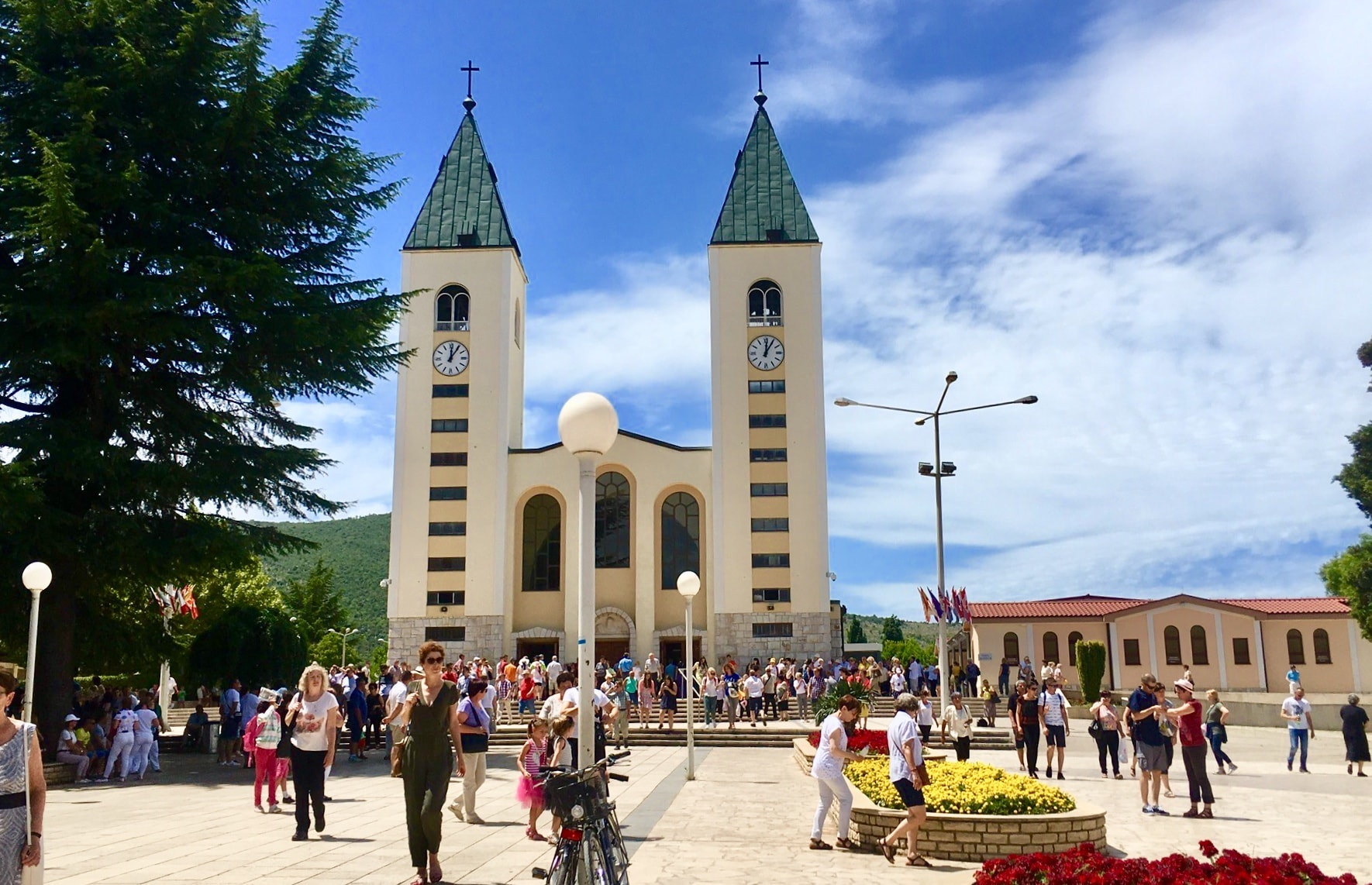 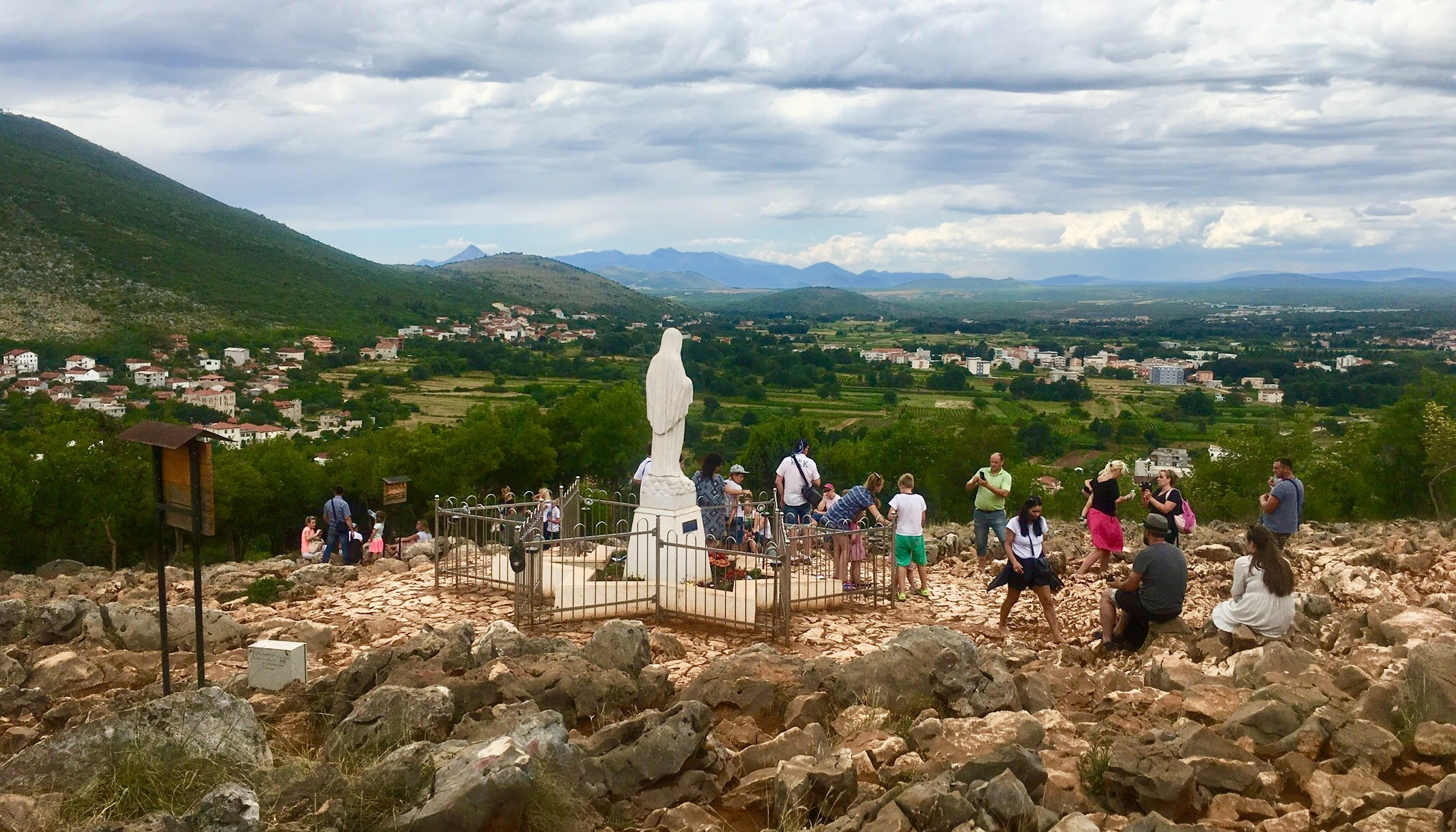 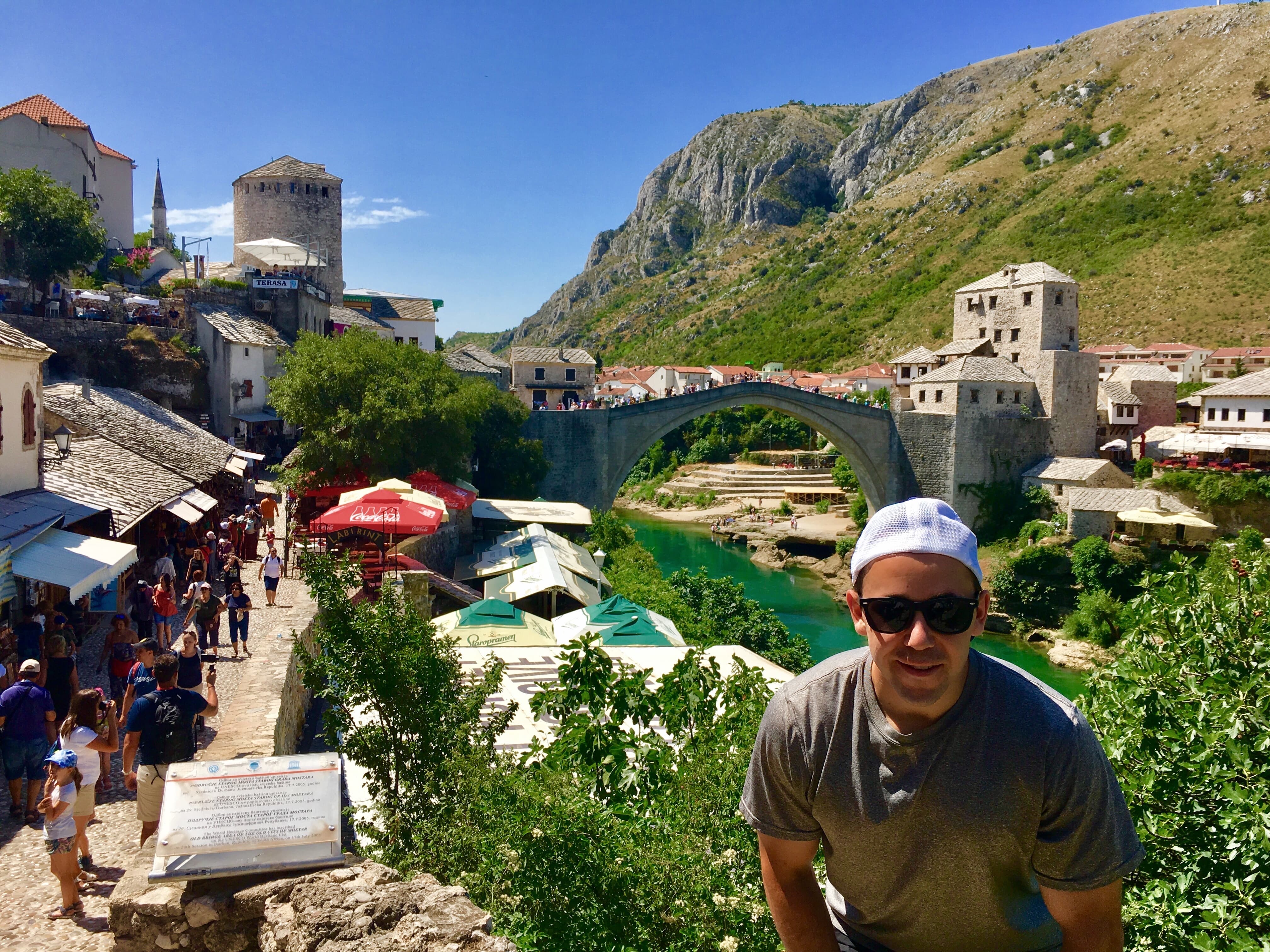 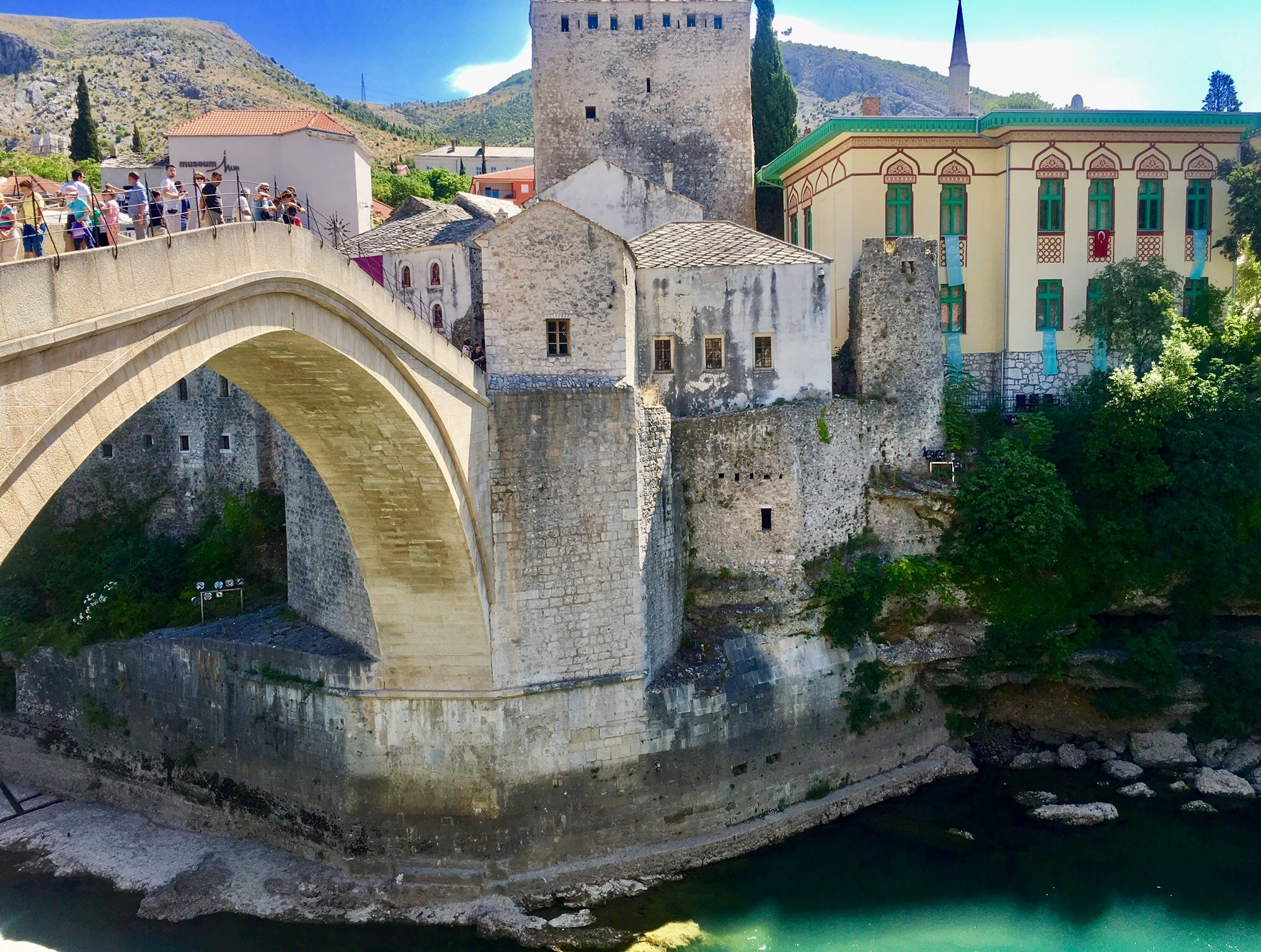 We spent two nights in Dubrovnik, an instantly dazzling walled city. Croatia’s stunning coastline dominates the Adriatic’s eastern bank and, although pricier and more touristy than many places in the region, getting lost in Dubrovnik’s Old Town is a modern-day glimpse of medieval times. 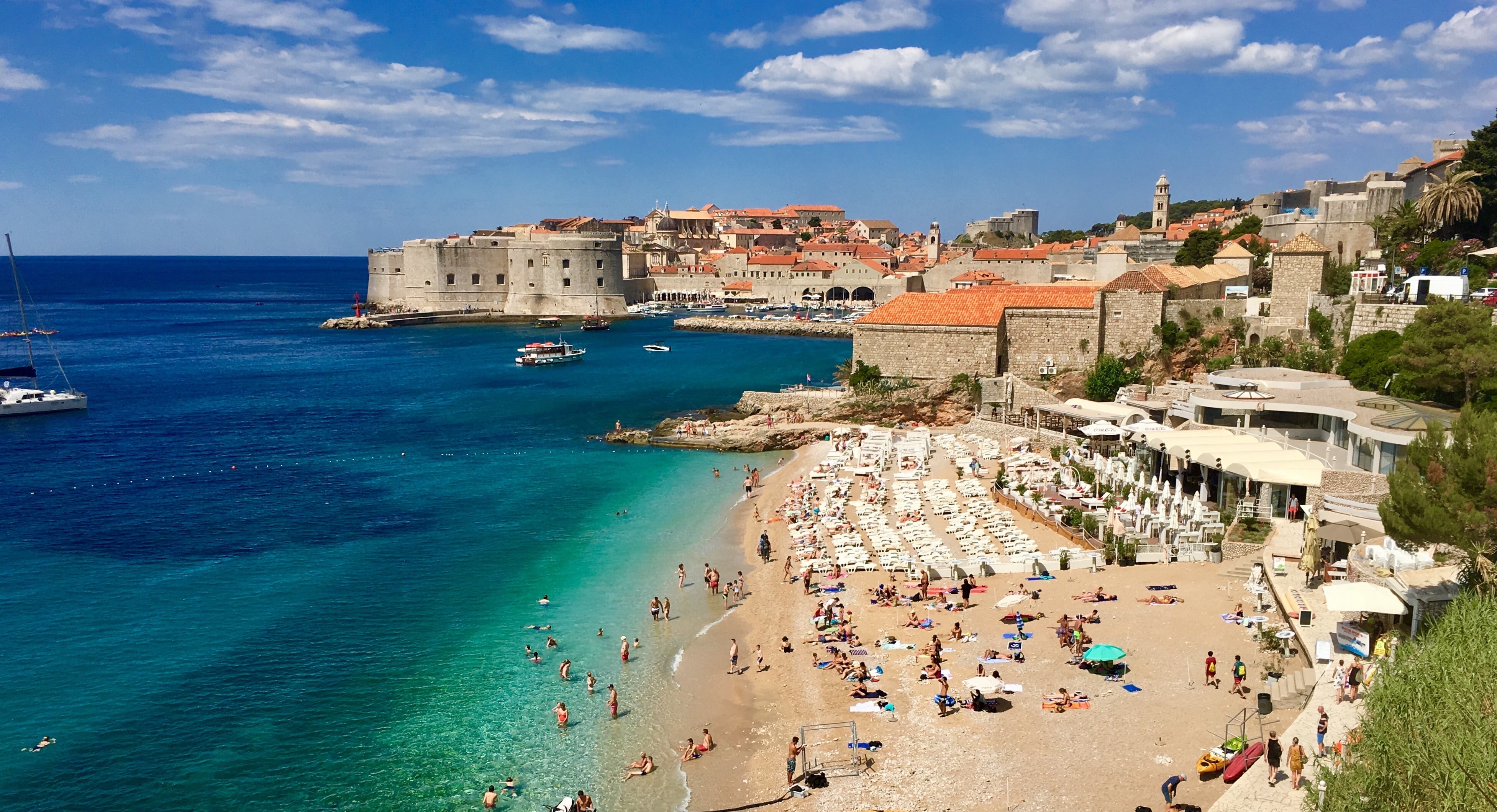 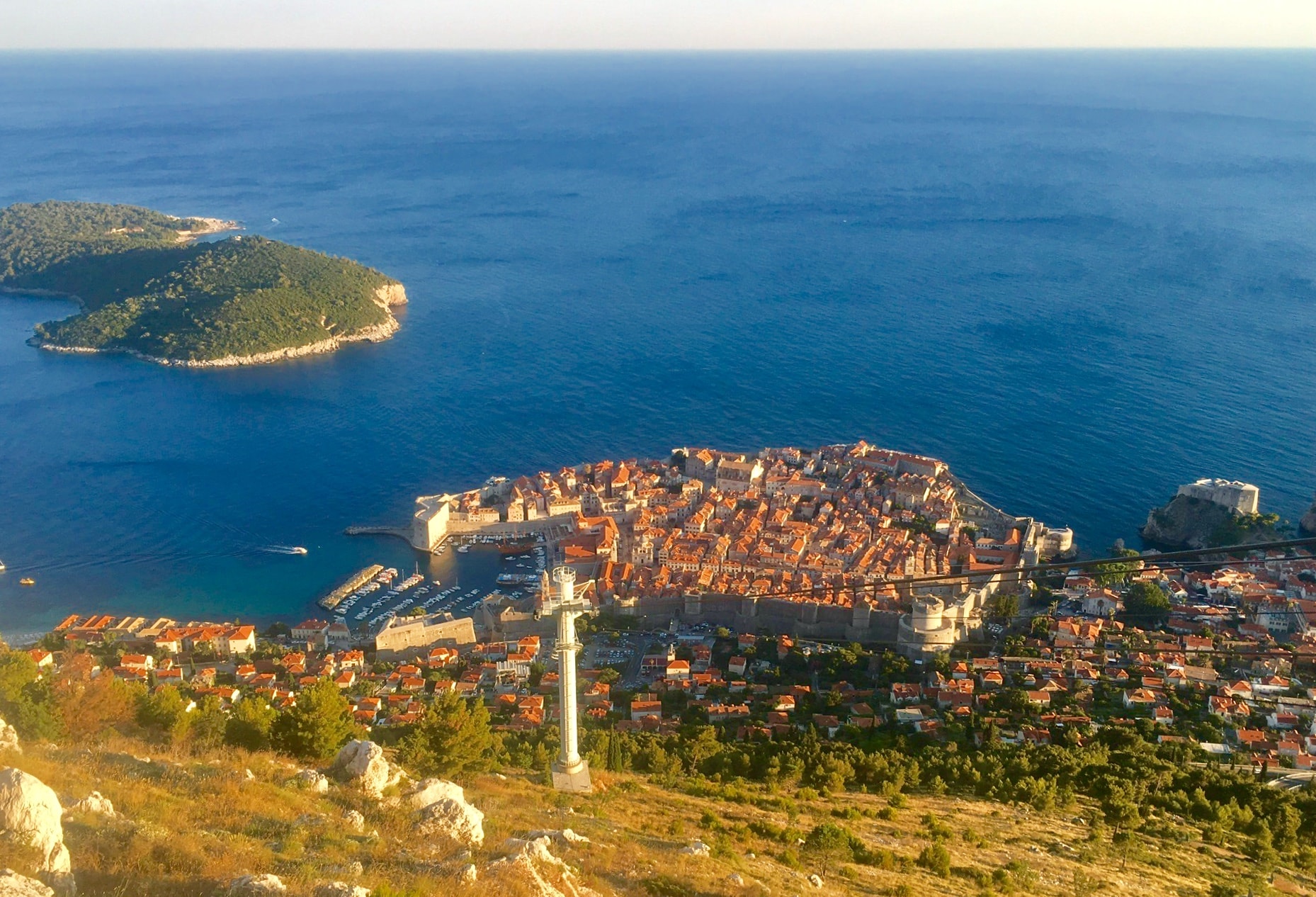 After an efficient rental car swap near the Dubrovnik airport, we found ourselves in Kotor three hours later, a destination that has remained one of my favorites in the region. Kotor feels more like a movie set than a Montenegrin bay town. Aside from castles and yachts, the surrounding mountains rival the world’s most beautiful. I suggest heading up the winding P1 roadway to Lovćen Mausoleum for a stellar panoramic view of what seems to be the entire Balkan region. 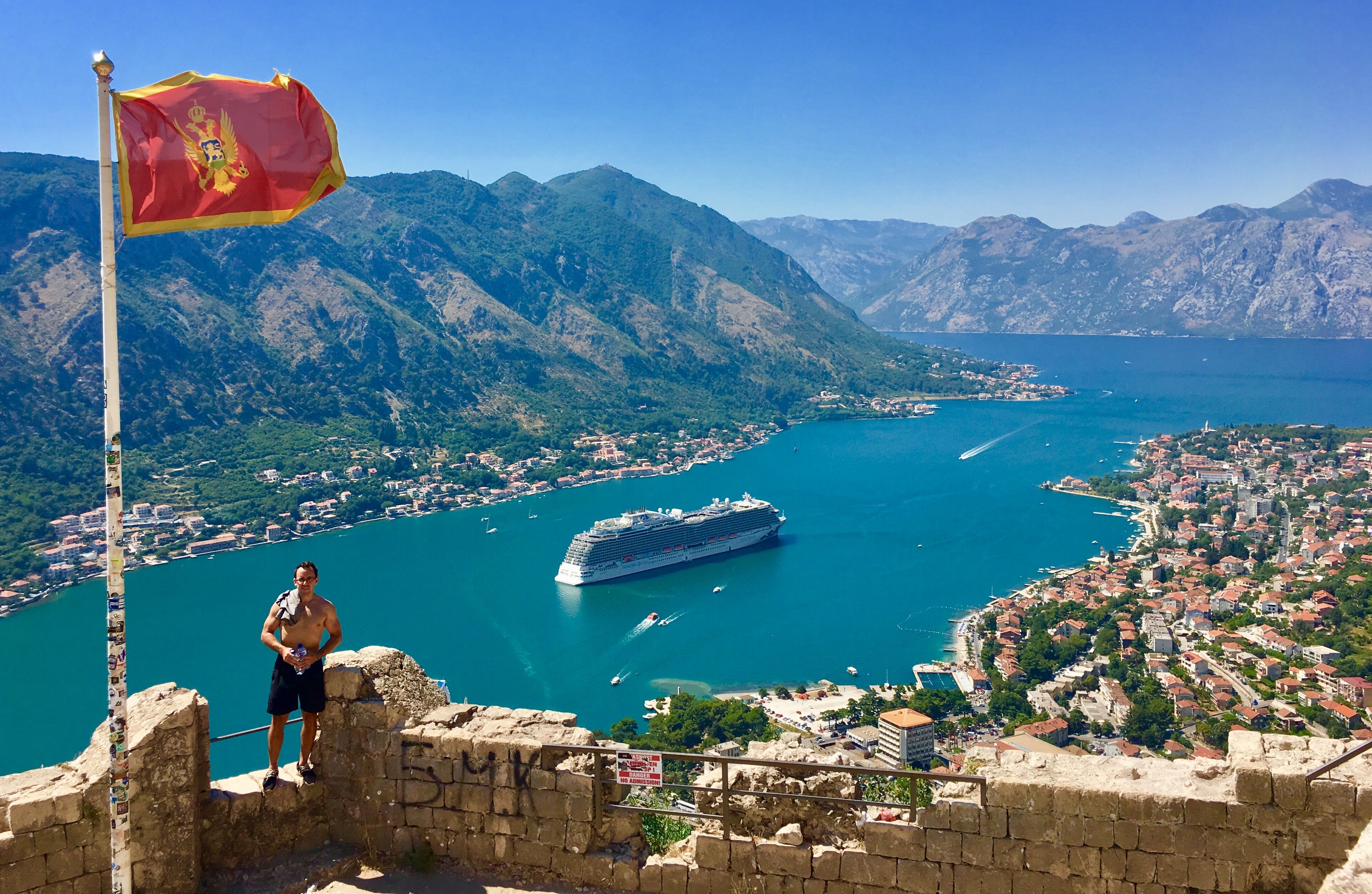 We drove the following morning from Kotor to Matka Canyon, a trip that took us through four countries in one day – Montenegro, Albania, Kosovo and Macedonia. We stopped to hike Shkodër Castle and for lunch in the rural village of Lehzë. In Prizren, we were excited to be in Europe’s newest country and celebrated with an ice cream cone along the Prizren Bistric River. After arriving Matka Canyon late that evening, we sat for dinner on the water and made a toast to our mini accomplishment. 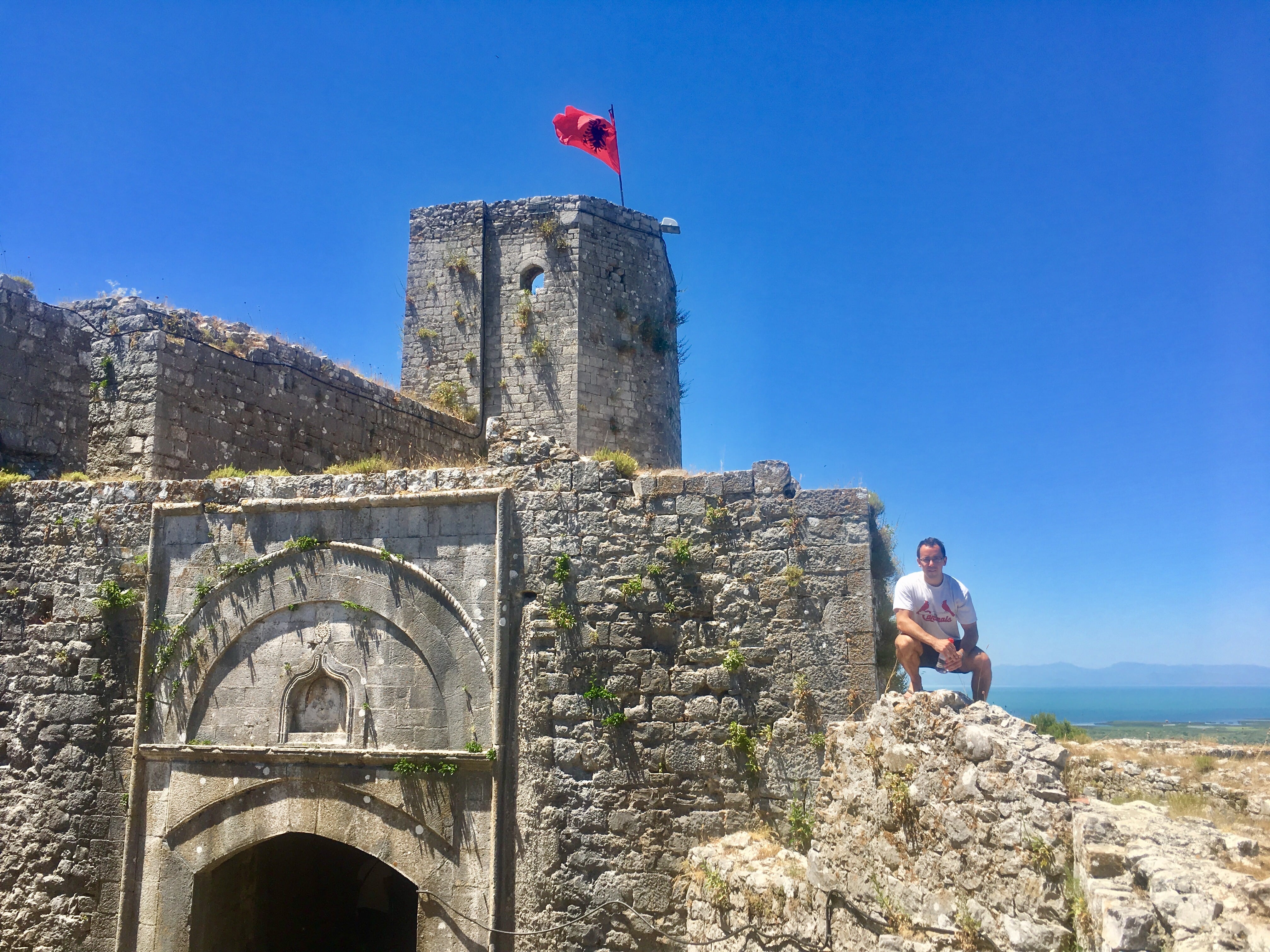 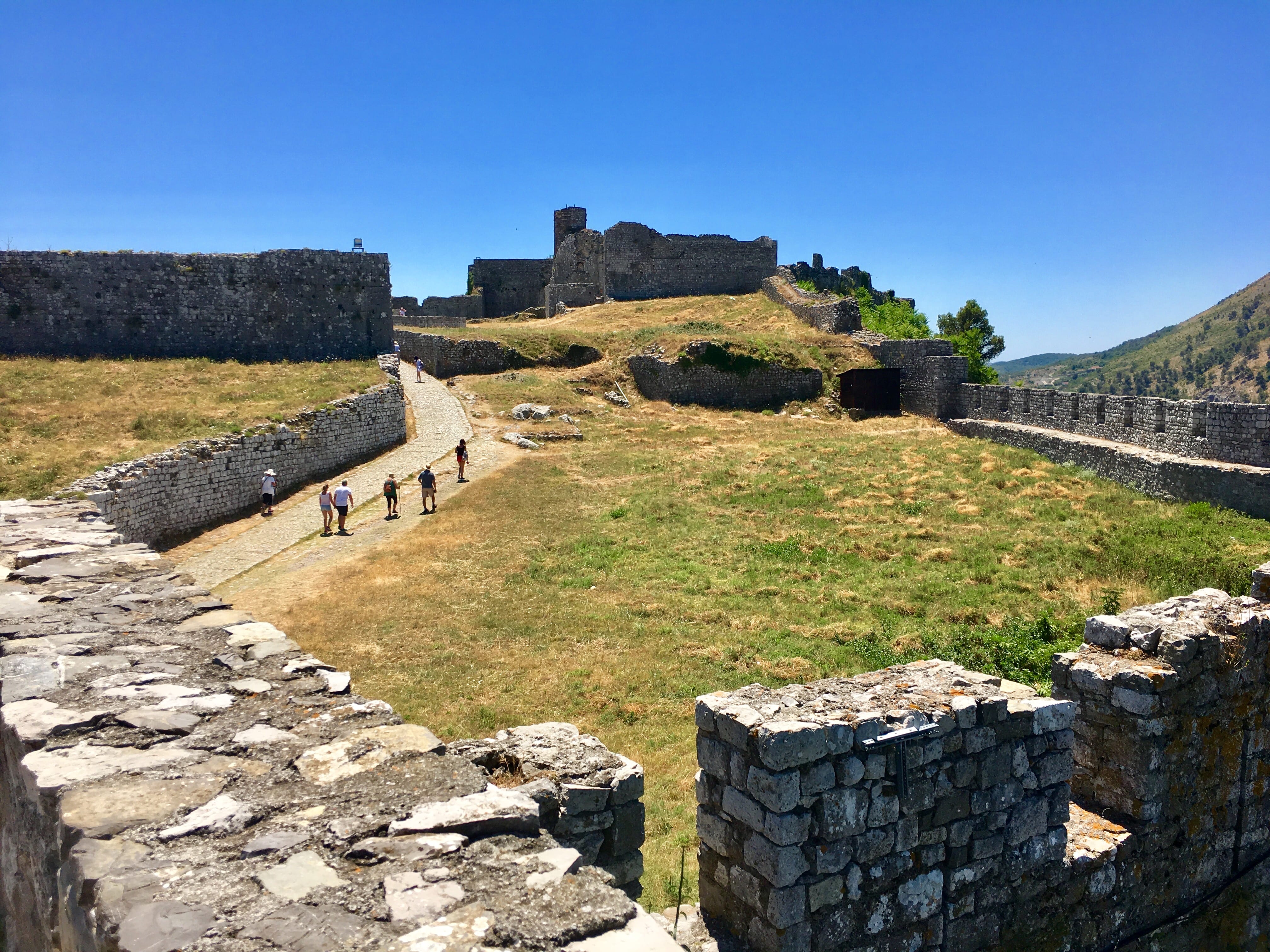 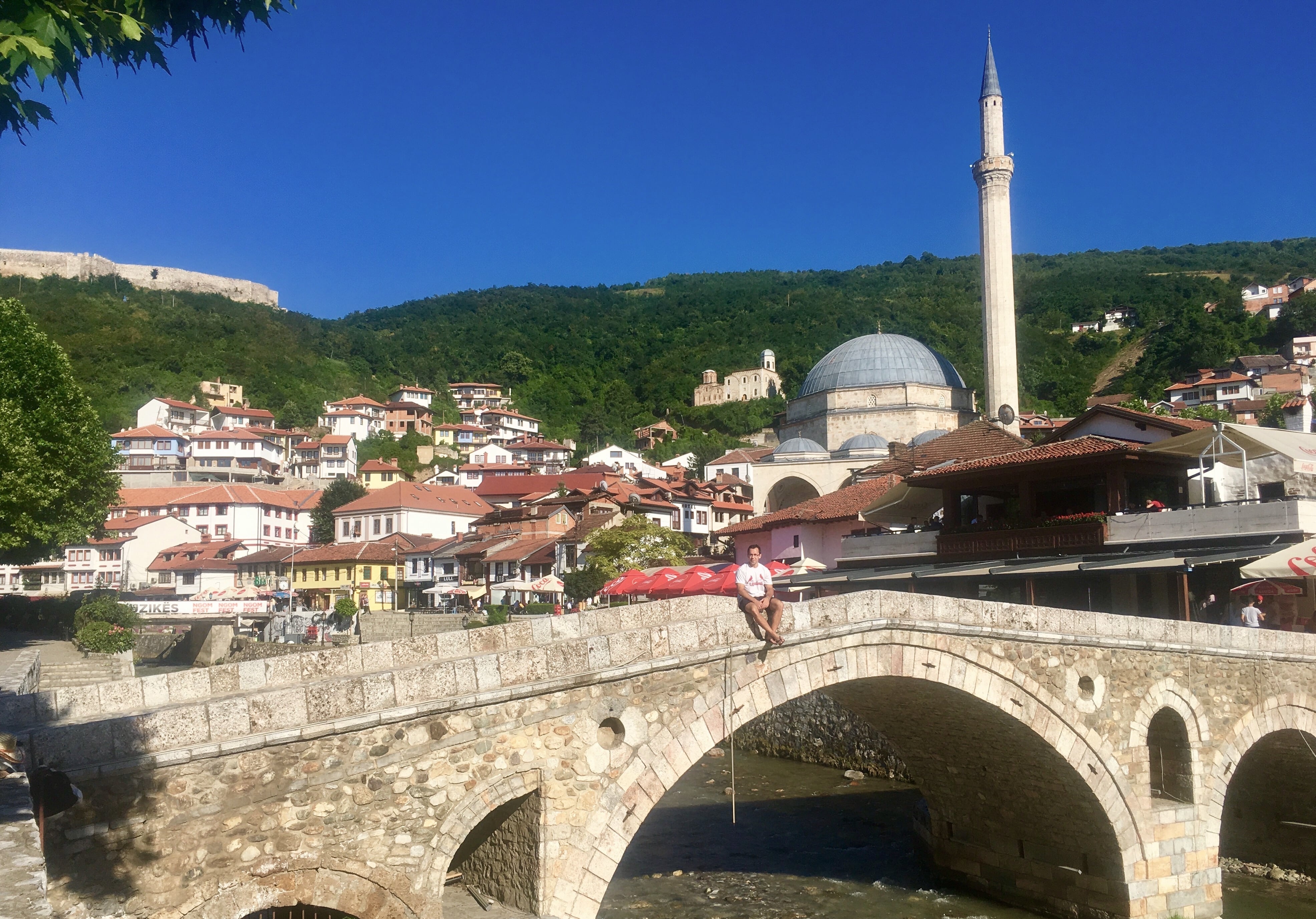 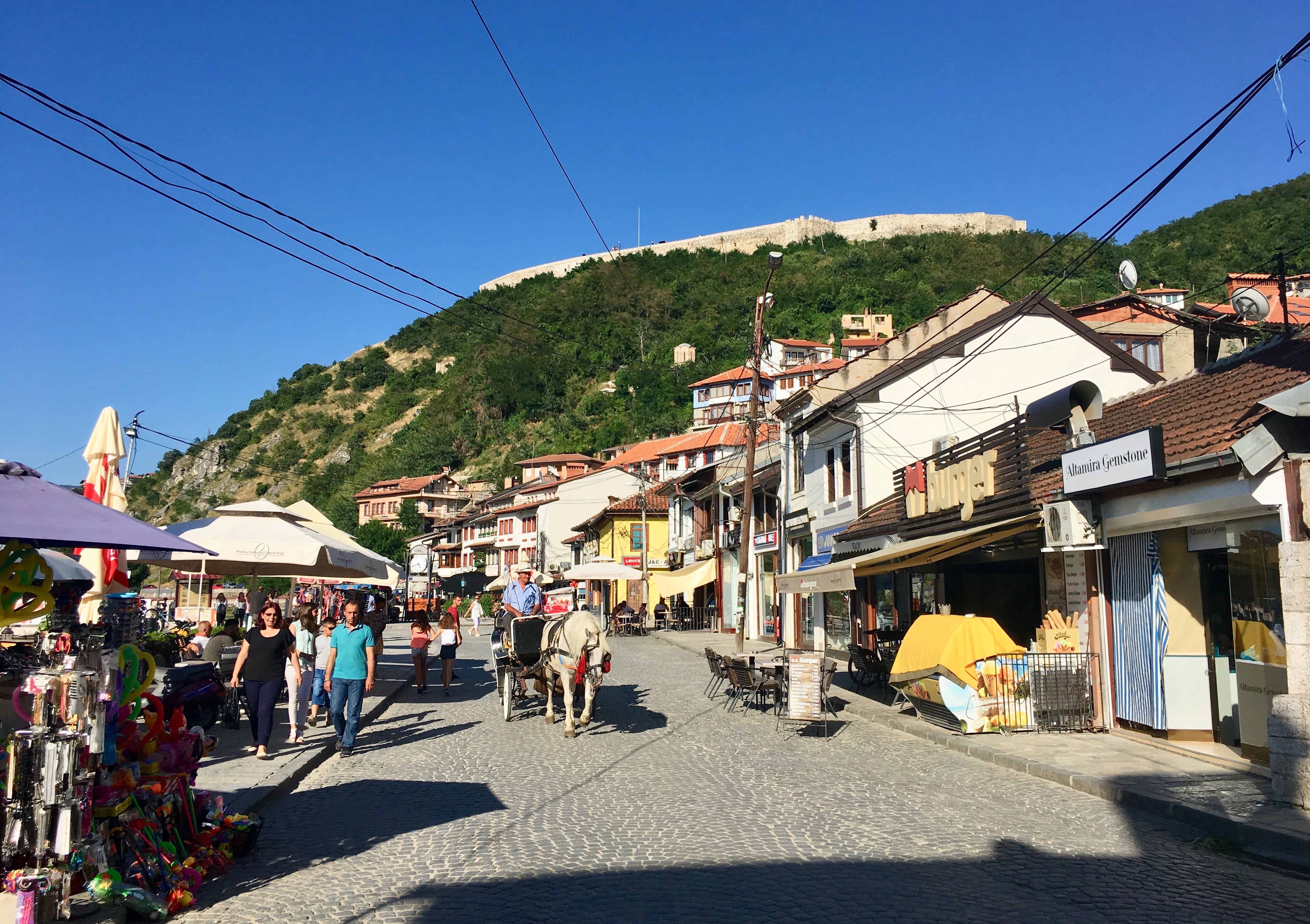 Matka Canyon is an ideal spot for kayaking and cave exploring. After a short, 30-minute drive into the capital, we explored Skopje’s Old Bazaar and Alexander the Great square before taking the gondola up to Millennium Cross for a sweeping view of the entire city and beyond. Mother Teresa was born in Macedonia – a great trivia question – and has a small memorial off the main walking street. 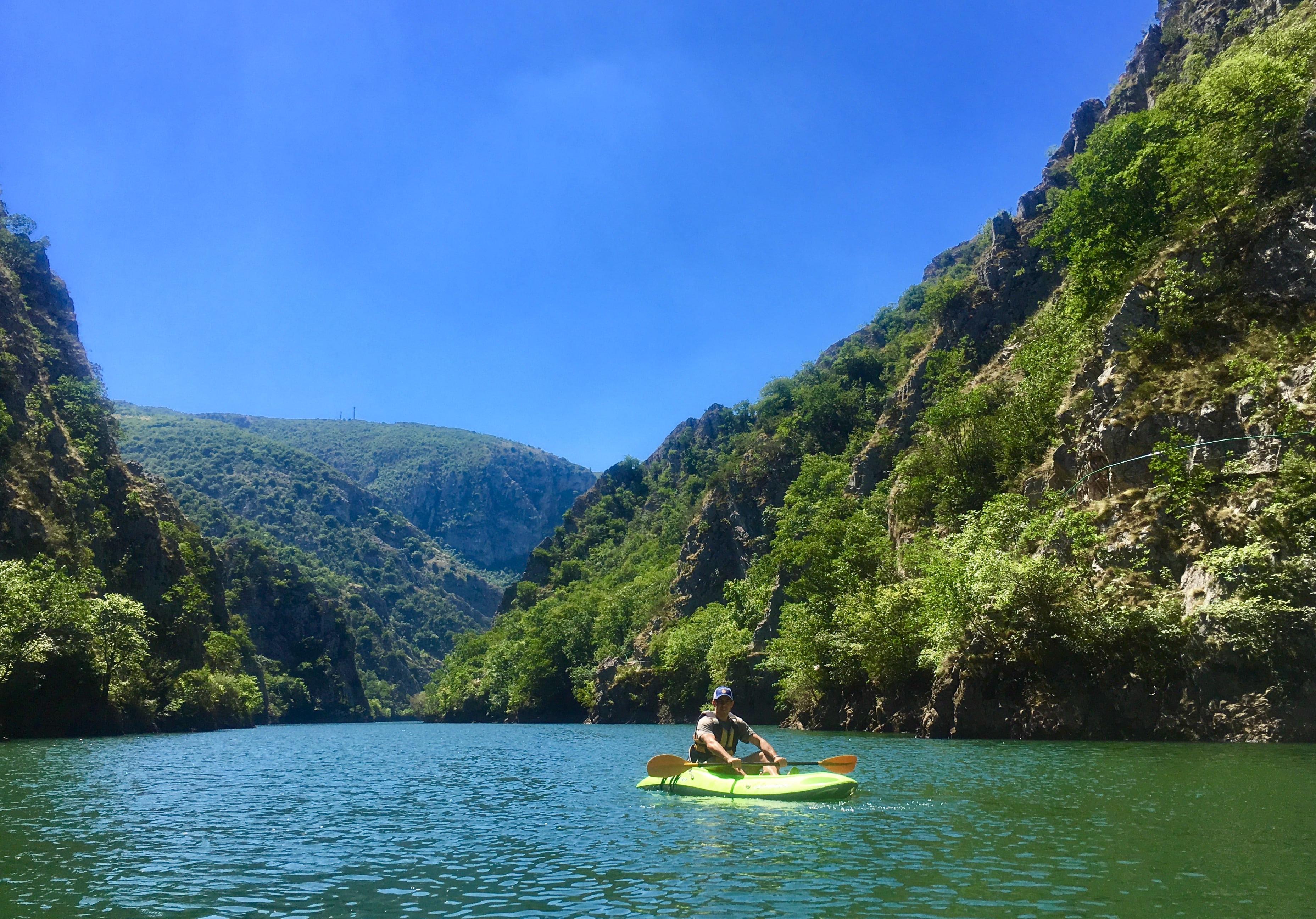 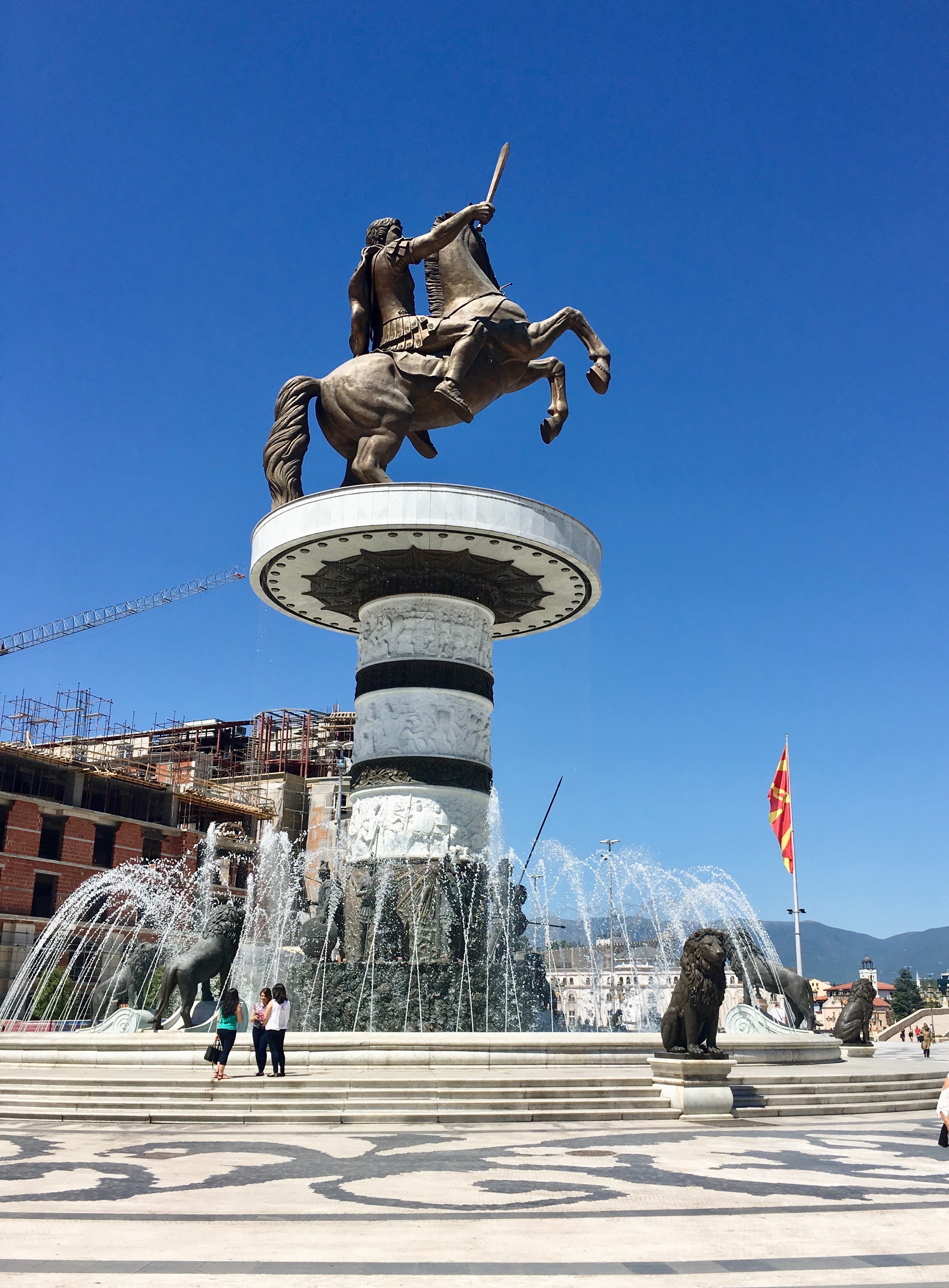 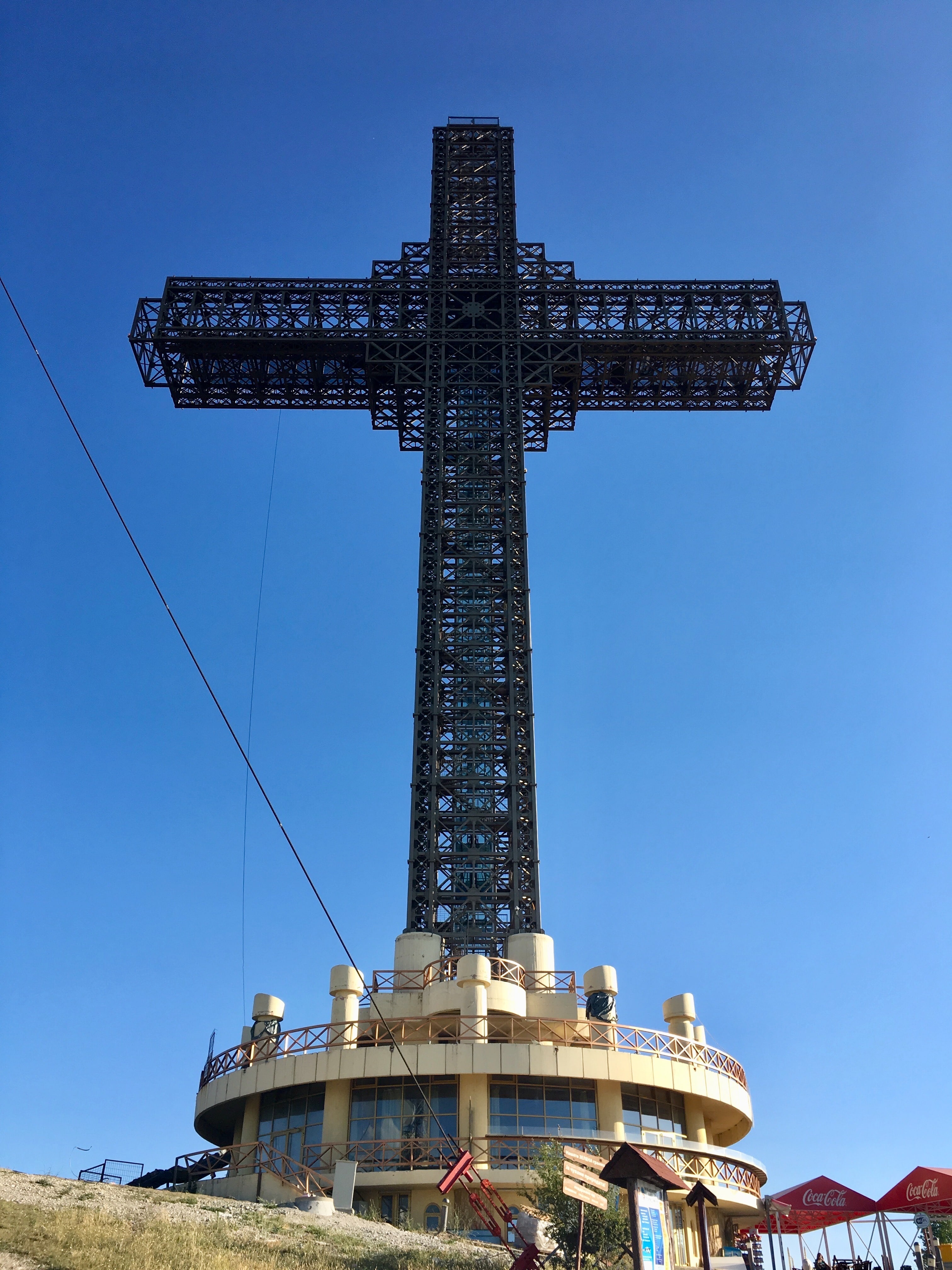 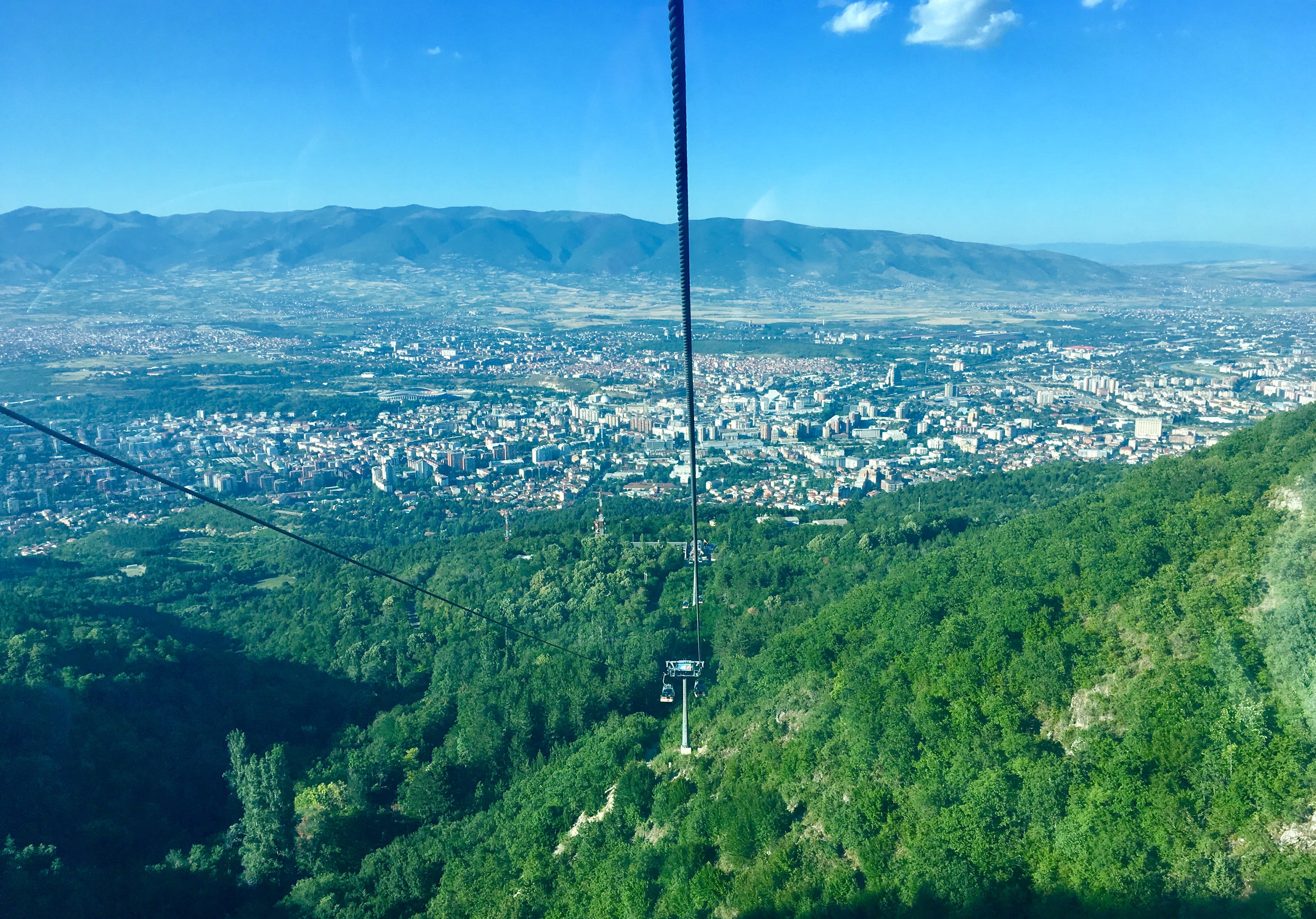 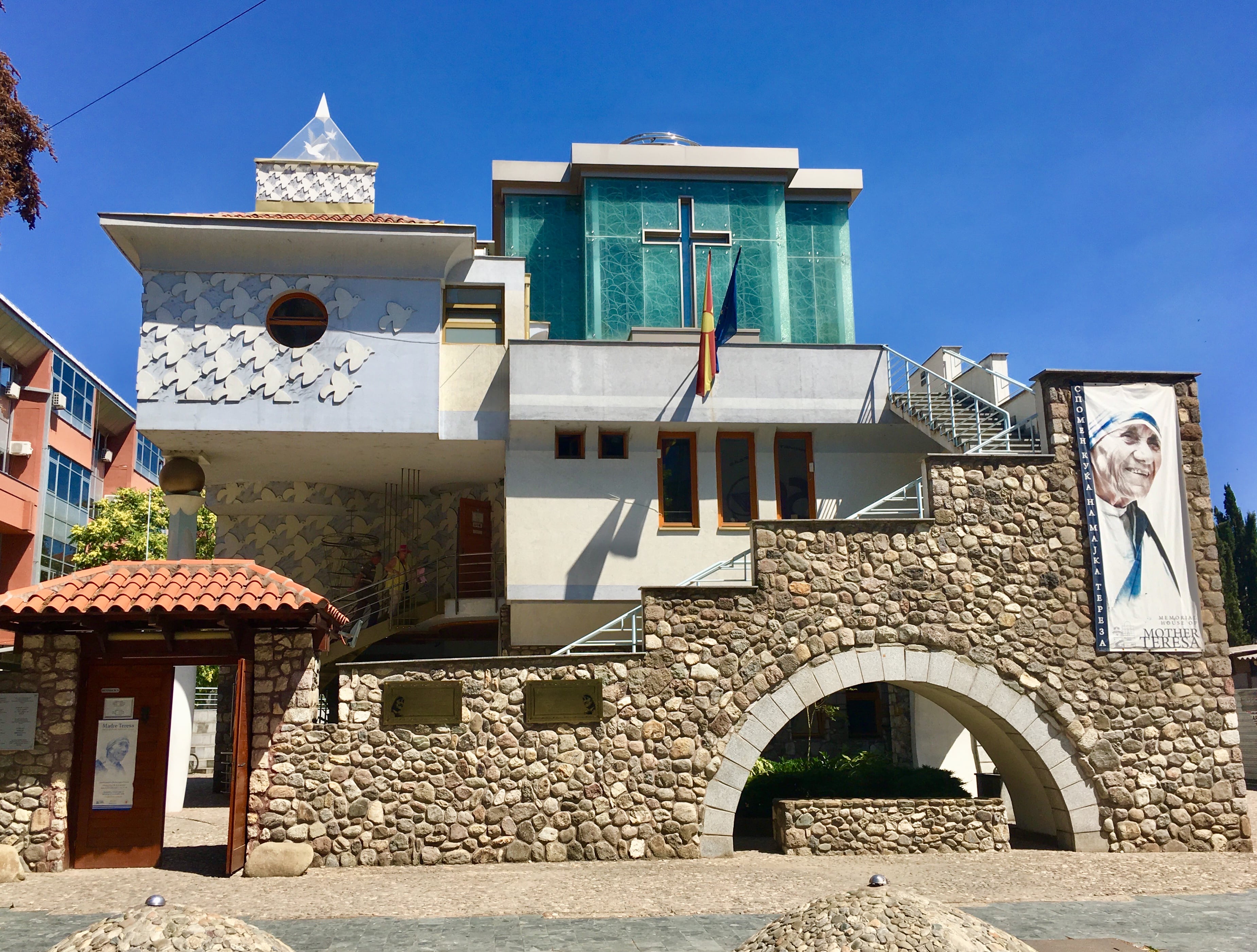 Heading north to Serbia, we stopped at Bubanj, a curious but profound WWII memorial on the outskirts of Niš, followed by a tasty pljeskavica lunch near the Nišava River. That evening we settled into Belogradchik, a small town nestled in the northwest corner of Bulgaria. Hiking the dramatic rock fortress is a must and can be done in about one hour. 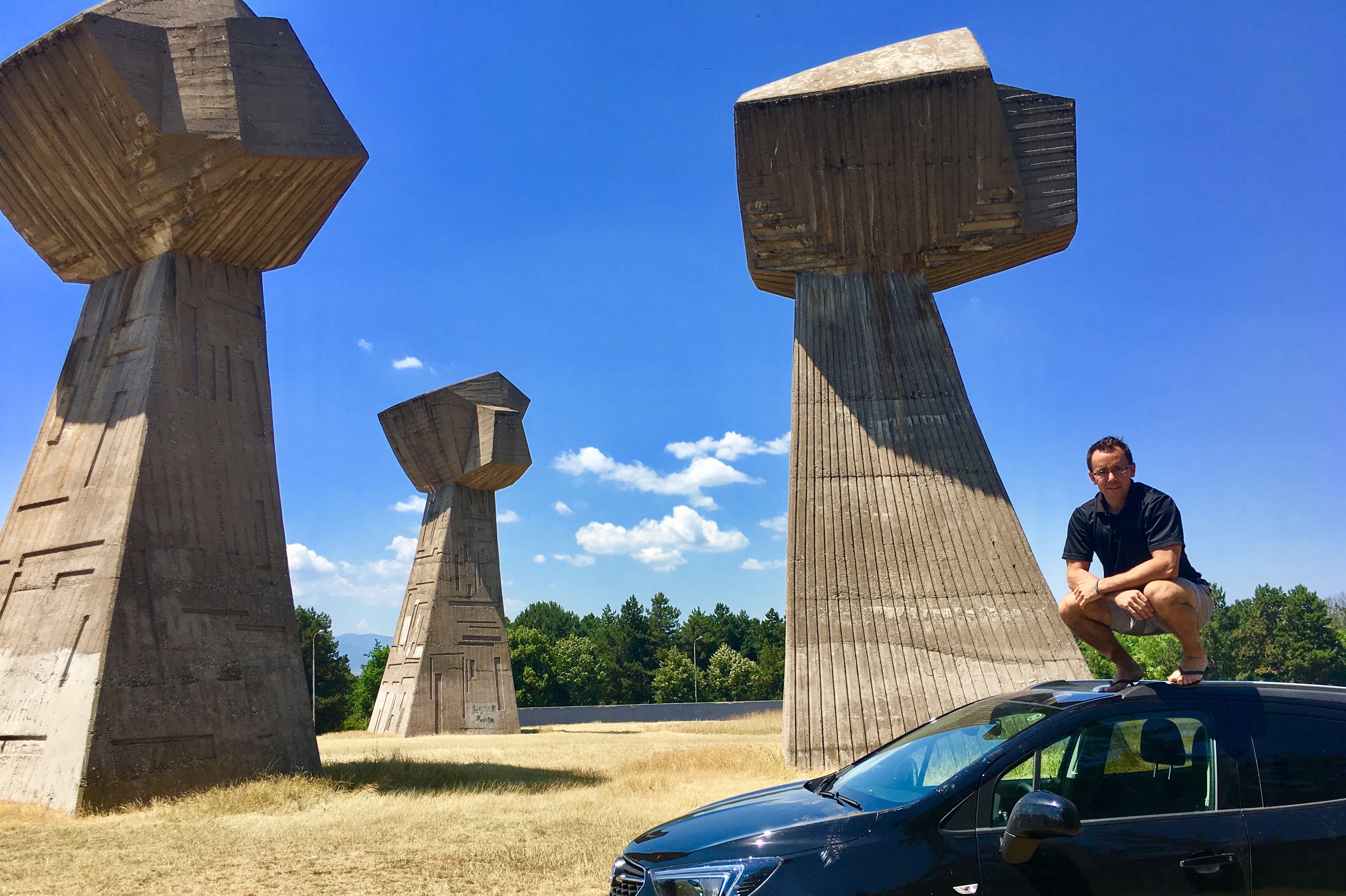 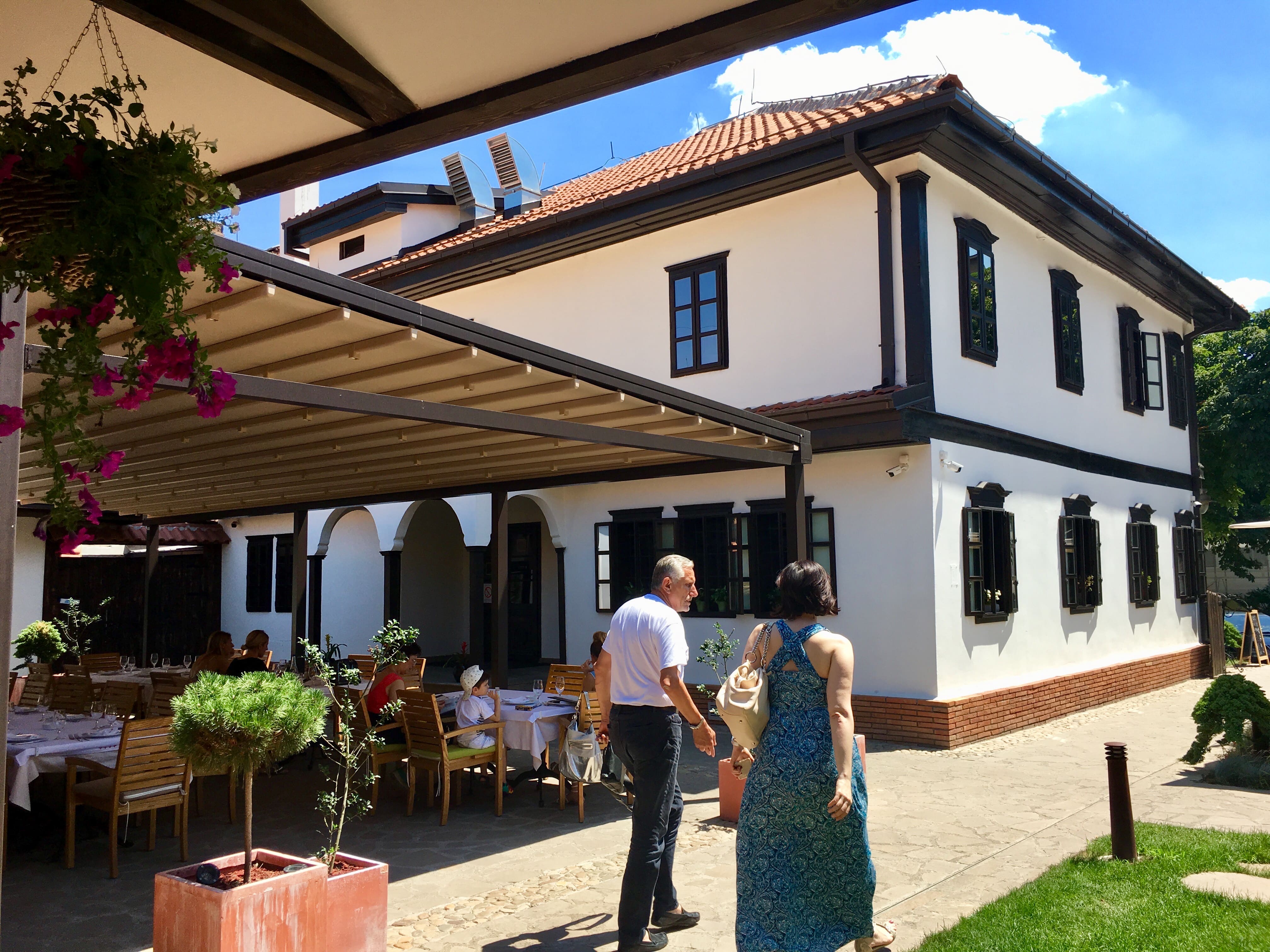 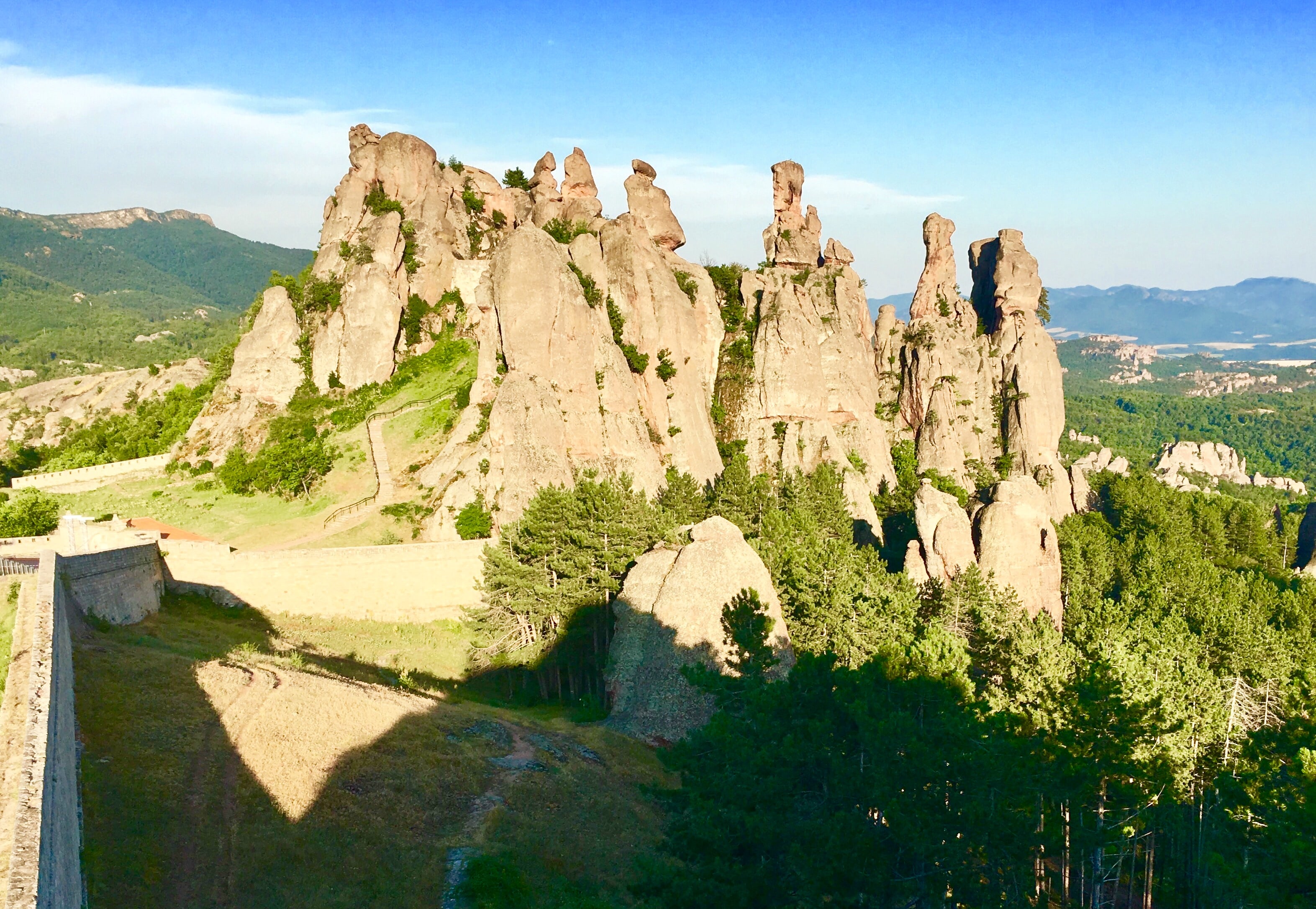 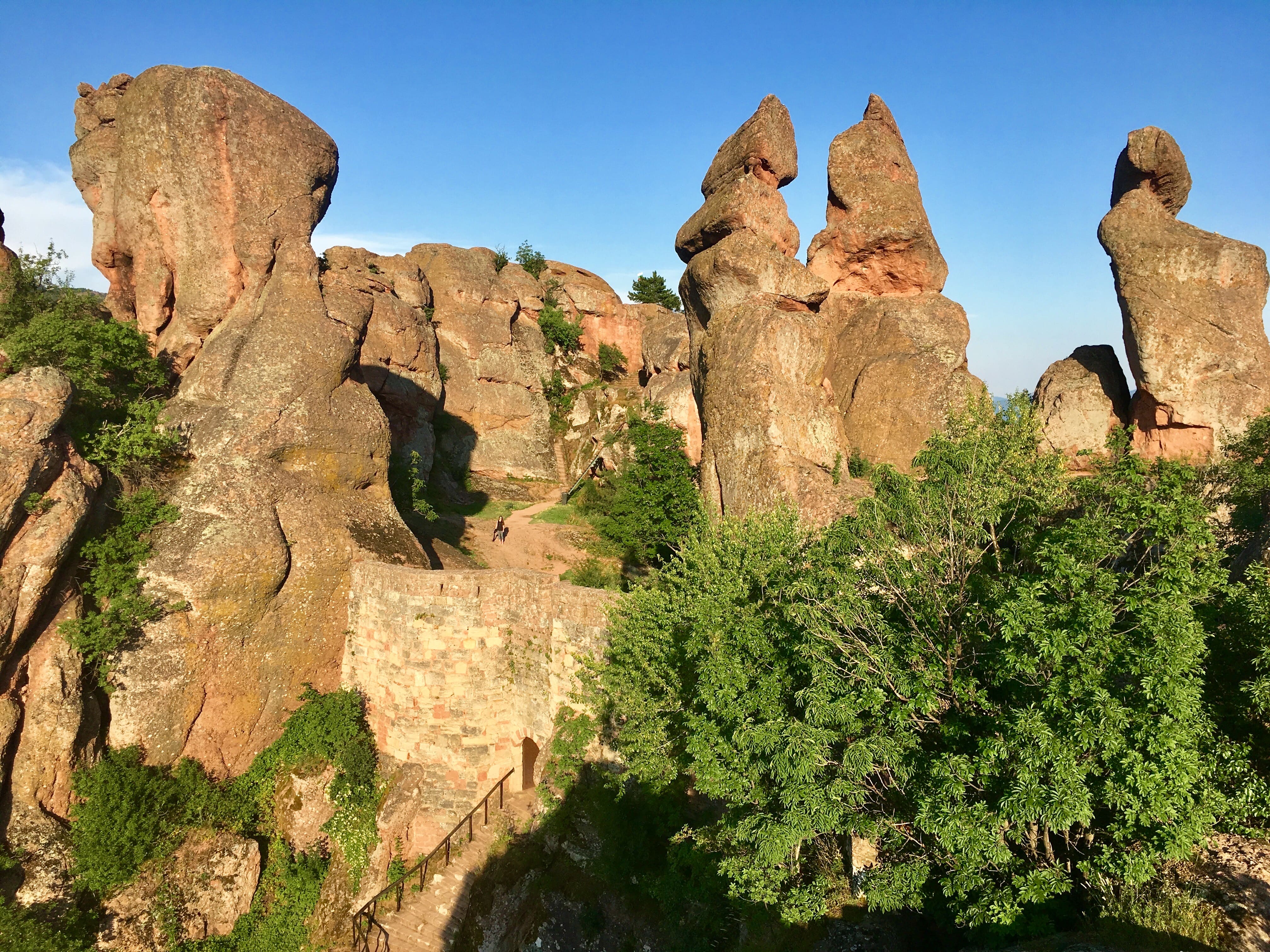 The final, five-hour leg of the trip concluded with a Bucharest welcome sign and a feeling of accomplishment having successfully completed the 1,500-kilometer (930-mile) adventure from Sarajevo. Even with high expectations, the Palace of Parliament, the largest administrative building in the world, is an absorbing complex and worth a visit. 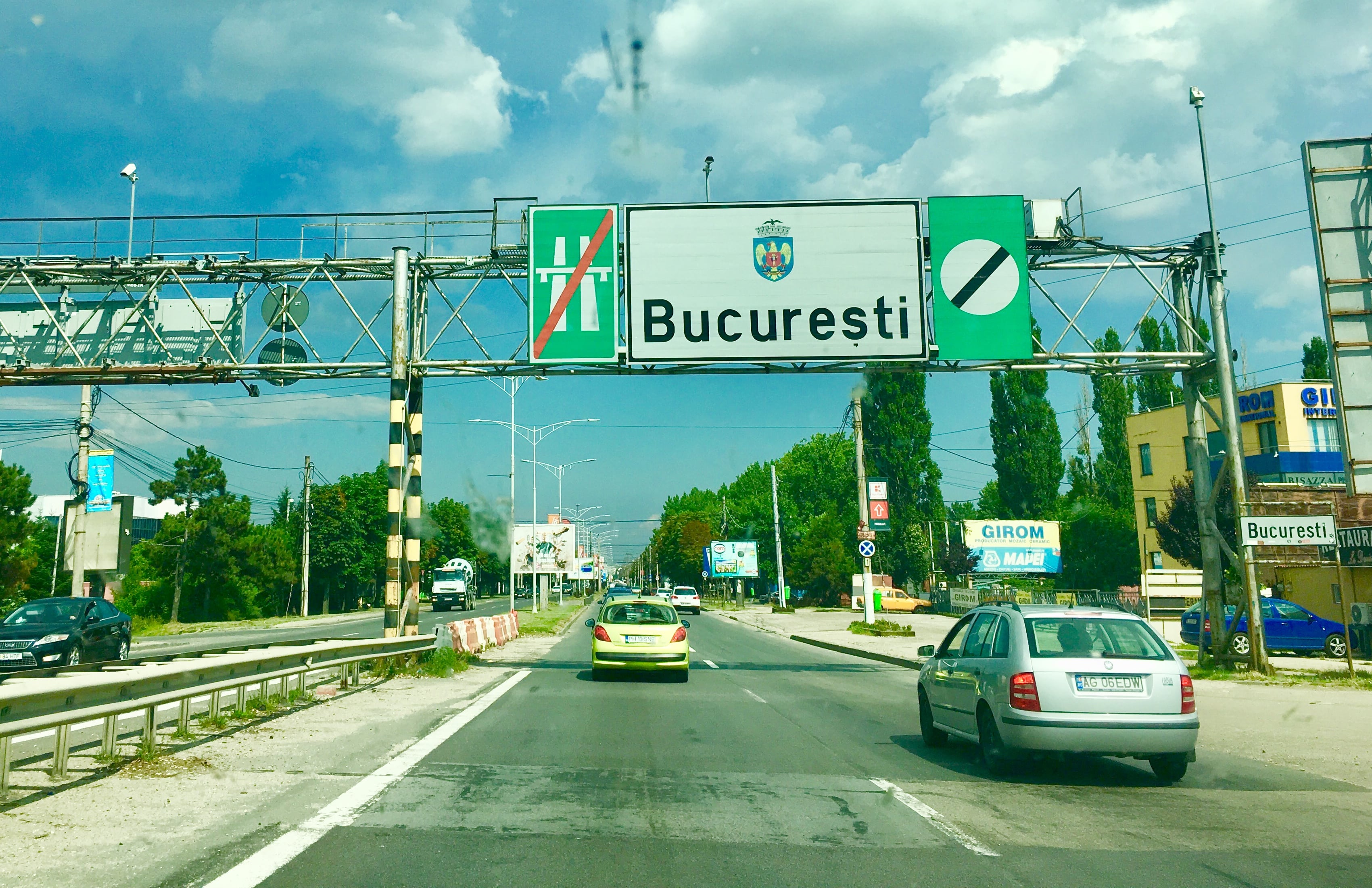 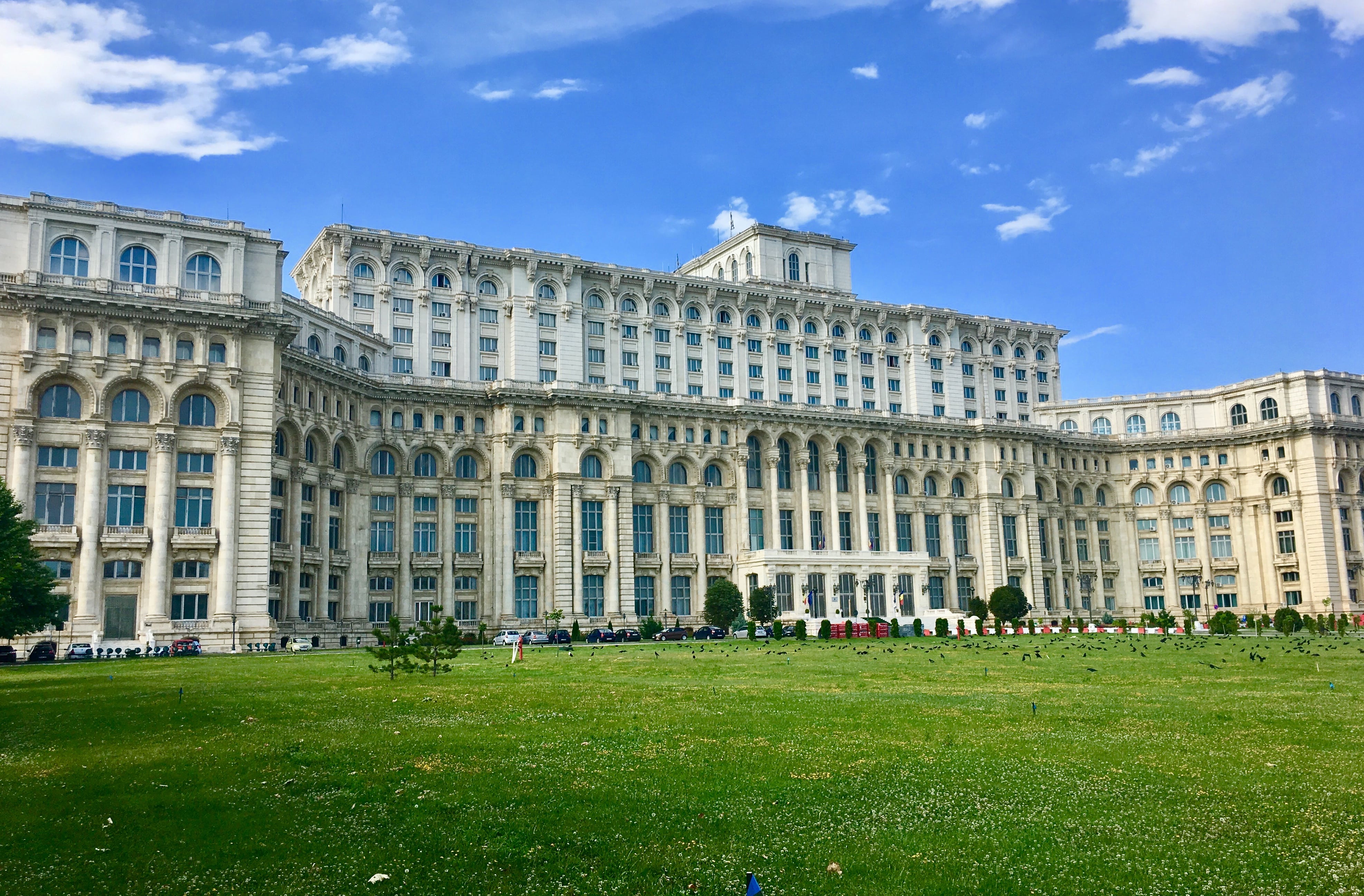 Along the way, we used Marriot points for hotels in Sarajevo, Skopje and Bucharest, stayed at a guest house in Dubrovnik and Belogradchik and at memorable but economical hotels in Kotor and Matka Canyon. Thankfully, we had no issues returning the rental car to Enterprise at Bucharest airport.

There are a hundred and one ways to explore the Balkans and obviously countless sites that we did not see. This trip remains one of the best I’ve taken and I can’t recommend the region enough, particularly to those who have already explored much of the rest of Europe and enjoy that style of travel. If you’re planning a trip and have questions about logistics (as I did!), don’t hesitate to get in touch. I would be happy to try to help.

Have you been to the Balkans? What are your best memories and recommendations?