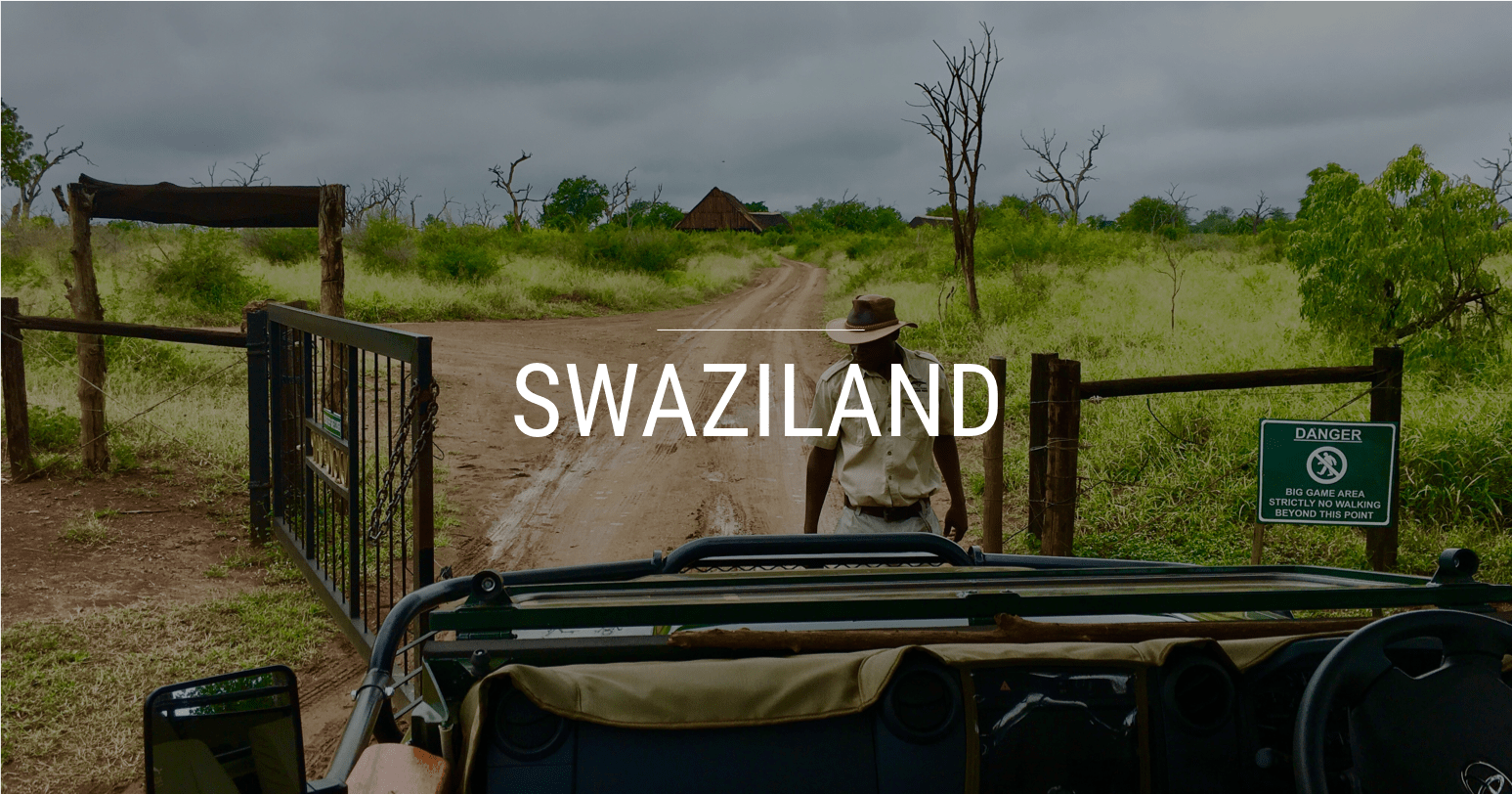 | 🇸🇿| Swaziland is a small, landlocked nation widely regarded as one of the friendliest in Africa. The Kingdom is among the world’s few-remaining absolute Monarchies. It’s ruler, King Mswati III, has more than 15 wives and total authority to create and enforce laws. I visited the country over a holiday in early 2018 and, like most visitors, spent the majority of my time at a game park.

Living in Singapore’s melting pot environment for six years has brought exposure to an entire new array of public holidays. Instead of Columbus Day and 4th of July I now look forward to Deepavali and Hari Raya. None of which, however, are as widely celebrated across Asia as Chinese New Year. The date is tied to the lunar new year but normally falls somewhere in February or March on the Gregorian calendar. Although the festivities span about a month (I can’t tell you how many mornings I have been woken up at 6am by obnoxiously loud dragons dancing in the street outside my apartment), it usually warrants two or three official days off work. This is a perfect time to travel and, since airlines jack up their prices for regional trips, I’ve learned to beat the system by jetting off to destinations outside of Asia where ordinary airfares persist throughout the holiday. In 2018, I went to Africa for the third CNY in a row – 2016 to the Seychelles, 2017 to Morocco and 2018 to Mozambique/Swaziland.

I was able to book SIN-JNB roundtrip economy on Singapore Air for 50K points. From JoBurg, I flew South African to Maputo and back from Manzini. To complete the loop, I entered Swaziland via car from Maputo. The drive takes about two hours and was easy to arrange through the Radisson Blu. As an American, I had no trouble obtaining a free visa on arrival at the land border. Leaving Mozambique and entering Swaziland were both surprisingly quick and easy processes. 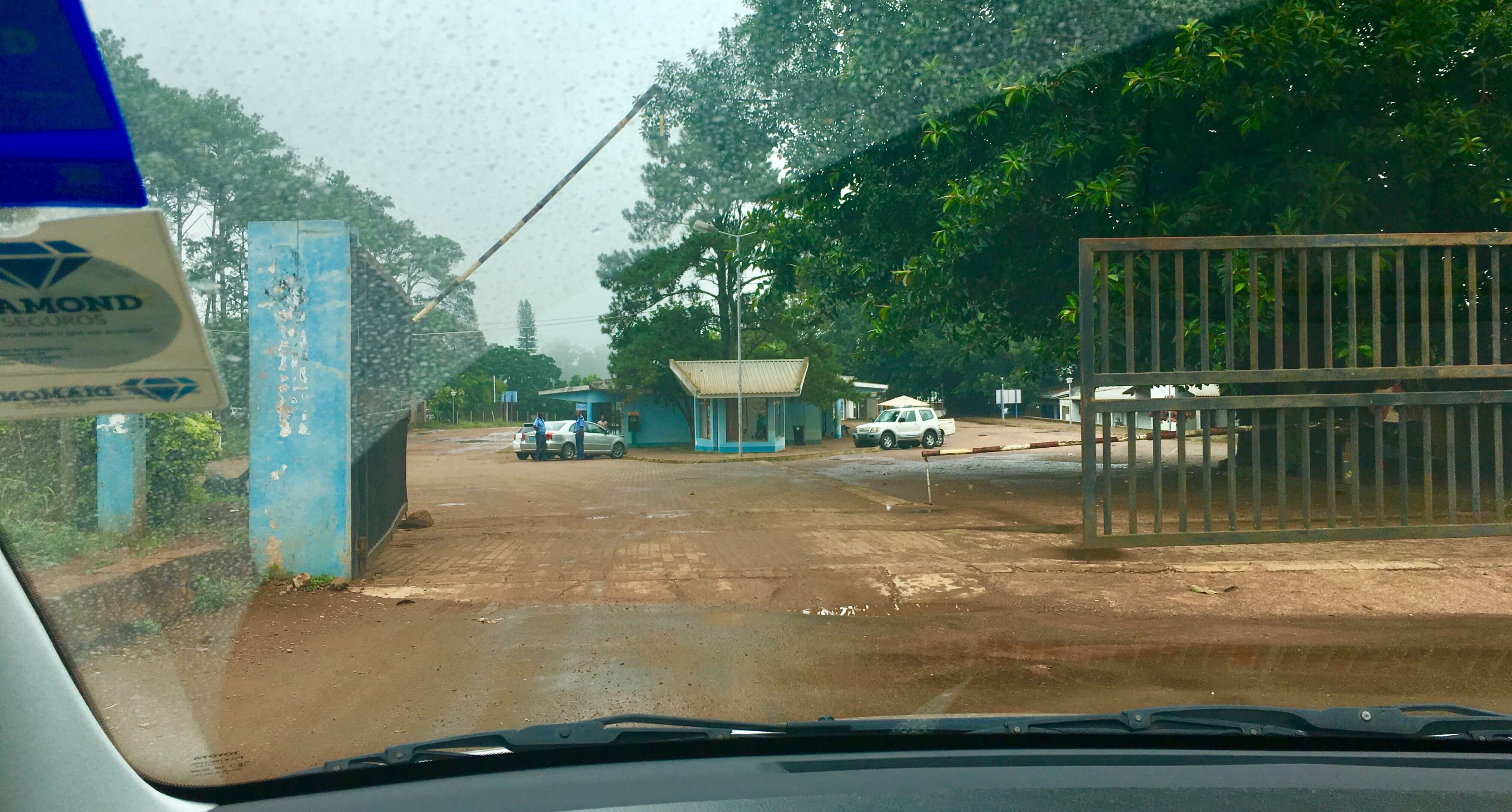 Shortly after crossing into Swaziland I arrived at Ndlovu Camp in Hlane Royal National Park. I had made a reservation online after directly corresponding by email with a Big Games Park representative. Bhubesi Camp was also an option, but Ndlovu was advertised as being in the heart of the action, which proved to be accurate. Ndlovu falls short of ‘luxury’ but certainly provides an authentic experience. The accommodations are clean and comfortable, although there is no wifi (unless you buy it and remain within the vicinity of the front office) or electricity. Due to an odd number of total guests at the property, I had an entire four-bedroom house to myself. It was a little strange at night being in that big place with only candles lighting my way, but it was as relaxing and peaceful as anywhere I’ve stayed. The camp overlooks one of the most active watering holes in the area. It often attracts rhinos, hippos and buffalo meaning sometimes you can catch a show without leaving your front porch. 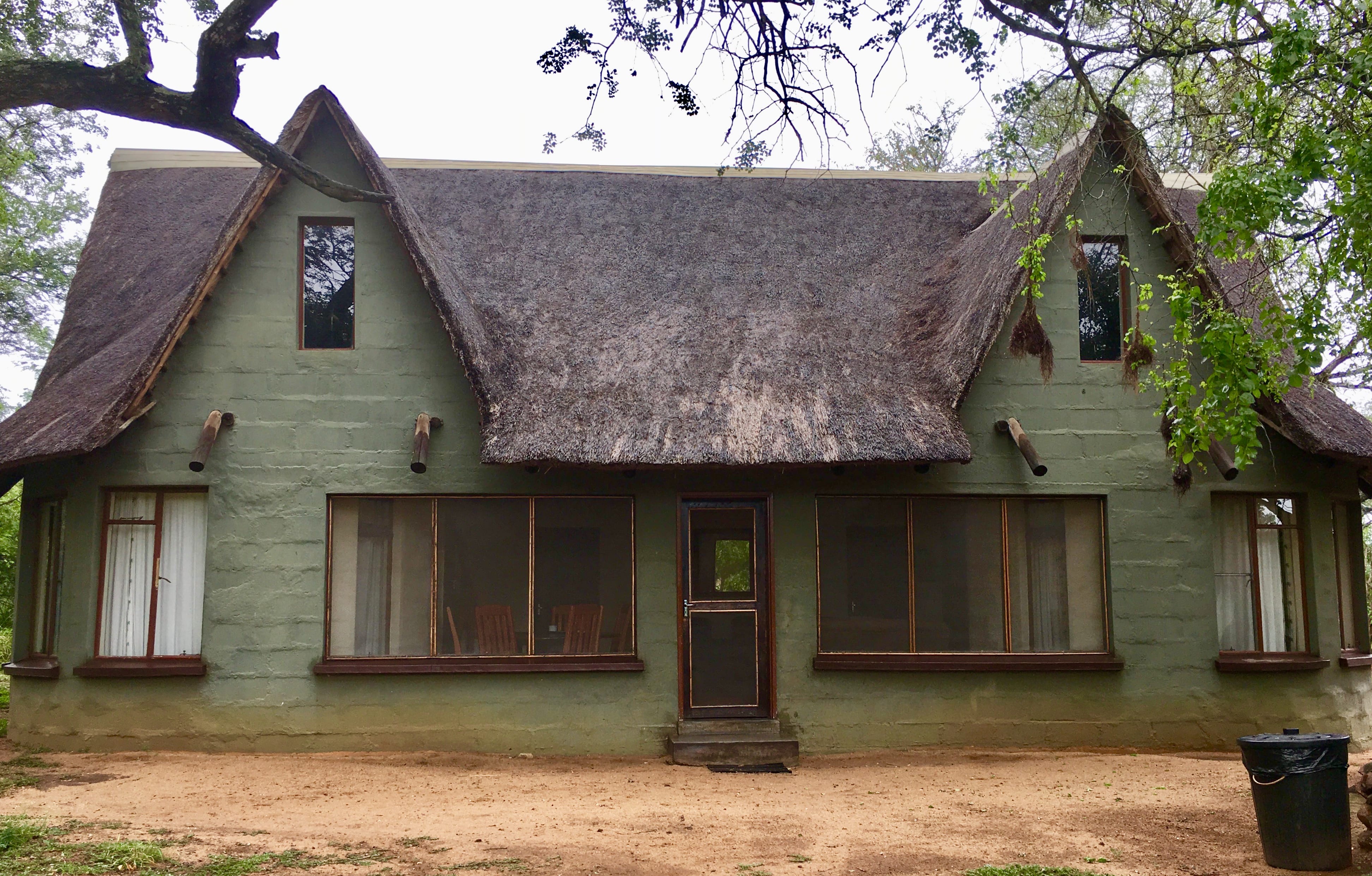 Hlane was established as a National Park in 1967 and gracefully blends affordability with Swaziland’s widest range of big game wildlife. Both self-drive (in select areas) and guided safaris are available. In hopes of seeing as much as possible, I booked an evening and sunrise drive. In addition, I wasn’t going to miss Hlane’s unique specialty – the rhino drive. Hlane has gone to extreme lengths to preserve its rhino numbers. In the past 25 years there have been just three rhinos poached in Swaziland, something that happens almost daily in Kruger and other parks in Africa. Hlane is also one of the few game parks on the continent that allows adventurous safari-goers to exit the vehicle and track rhinos on foot. When I heard about this, I was hooked.

My rhino drive began at 11am. Unfortunately and fortunately, I was the only guest signed up. This was good because I was getting a personal safari but bad because the rangers require a minimum of two people or else they cancel the drive. I ended up grudgingly paying for a second person because I didn’t want to miss the opportunity. Although I understand their business model, I was not happy about this. I quickly left any sour feelings behind and we set out into the bush. We came across elephants, giraffes and buffalo but, since this excursion was aimed specifically at rhinos, didn’t spend much time observing them. It wasn’t until about 45 minutes later that we came around a corner to a crash of 5-6 white rhinos relaxing underneath a tree. My guide, Johannes, reversed the vehicle and turned off the engine. He then signaled that it was time to get out and walk. Having been on safaris in South Africa, Kenya and Tanzania, I knew that one of the most important rules was to never get out of the truck. Recalling those instructions enhanced my excitement. 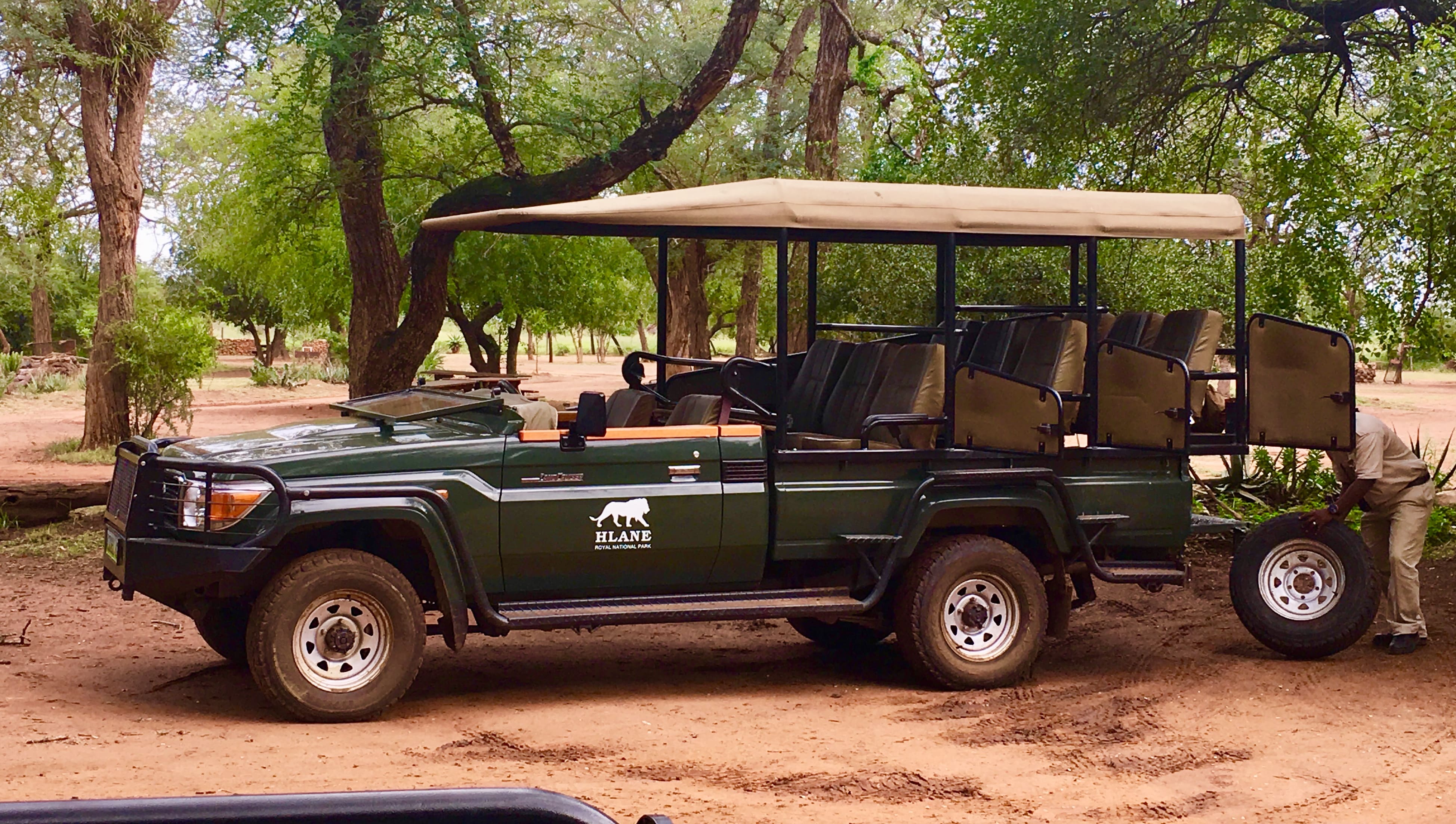 As we moved forward, the rhinos stood up, naturally curious about our presence. Johannes continued to walk closer, so close, in fact, that I whispered to him, “I’m scared.” Johannes was as calm as could be and fed me comforting information throughout the duration of the episode. He said that rhinos have poor vision and can only see eight meters in front of themselves, therefore they could hear but not see us. He reminded me that he does this every day without any trouble. Of course, that helped, but I’ve learned that wild animals are never to be taken lightly, especially when they are 5,000 pounds, can run like the wind and have the horn of a dinosaur protruding from their face. This is their territory and you couldn’t be less significant to them. We stood and watched for several minutes and I became more comfortable as time passed. Maybe it was because I picked up a stick and convinced myself that I could use it as a weapon in case they decided to charge (*insert eye-roll emoji). Luckily, we had no issues and were able to grab some photos. I wish I would have had a more robust camera than an iPhone. Regardless, this remains one of my most notable safari encounters and an experience I’ll never forget. 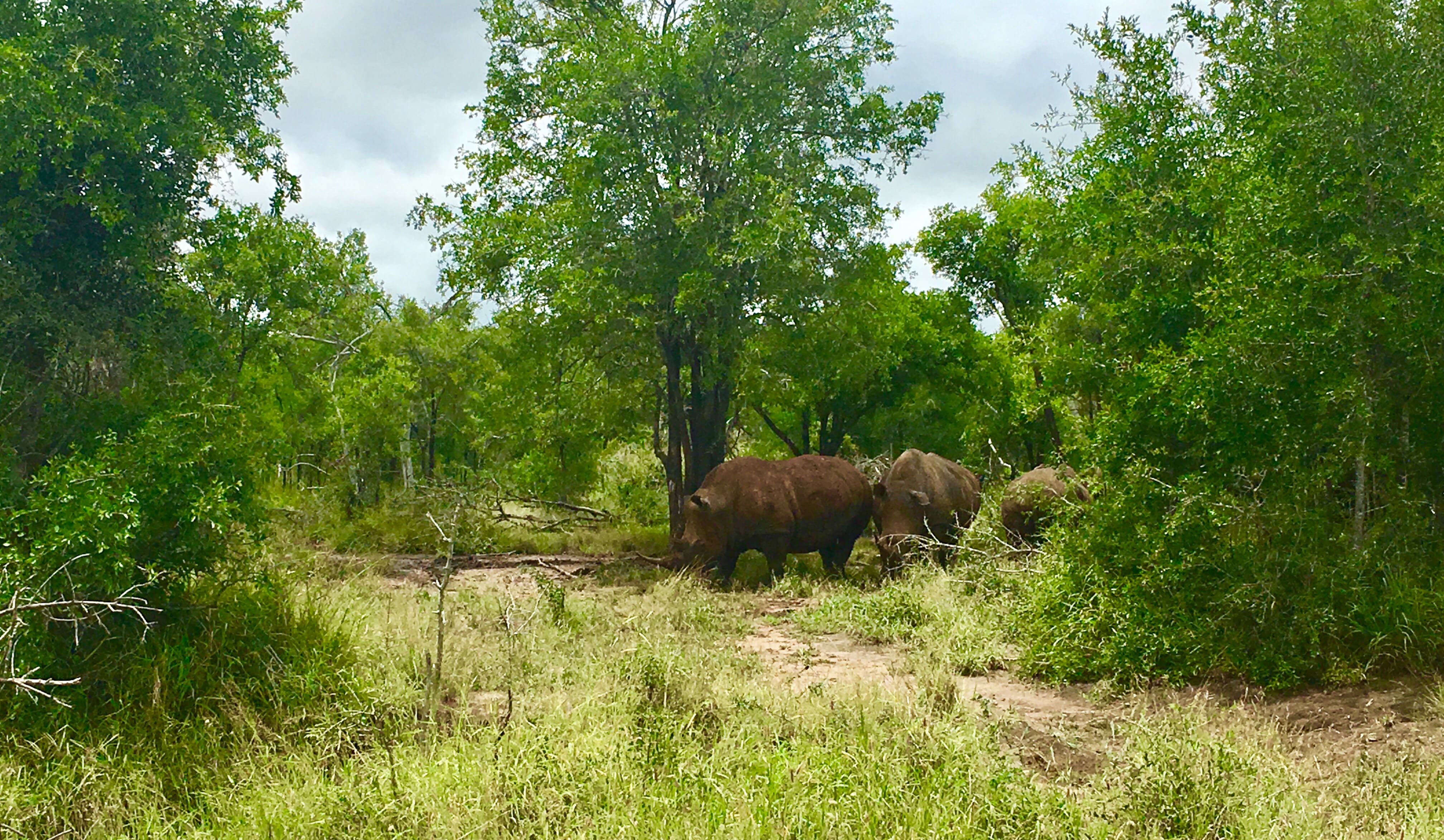 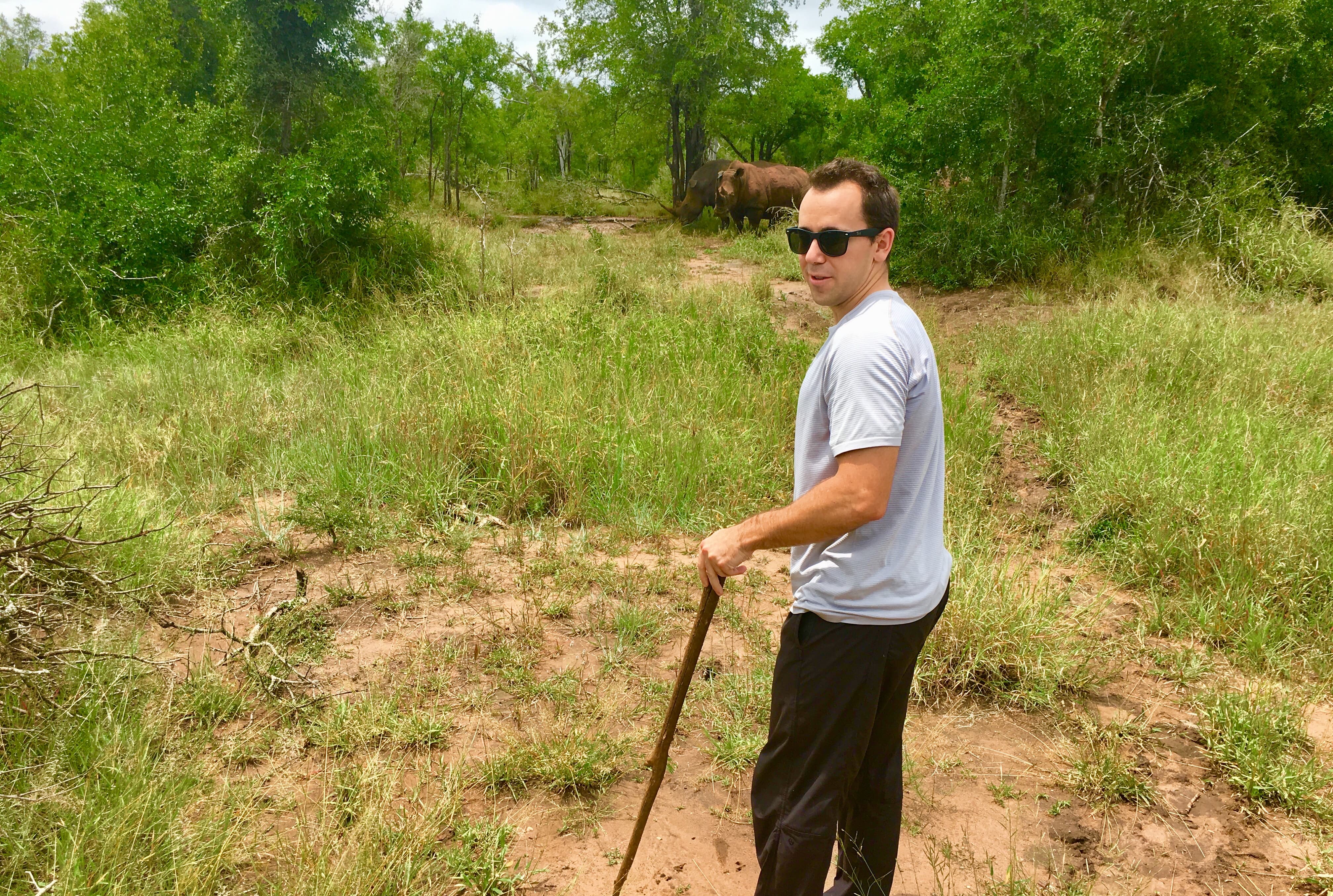 With a successful rhino drive in check, I was anxious to see what the evening and sunrise drives had in store. The mid-day African sun is often an energy sink hole for animals leaving them most active at dawn and dusk. The density of big game at Hlane is not what it is at a place like Kruger or Mikumi, however, it held its own. We saw lions, elephants, giraffes, water buffalo, warthogs and probably the most rhinos I’ve ever seen in one place. The park is divided by fences/gates into various sections making it feel slightly artificial. One of our lion sightings happened to be up against one of the fences which wasn’t ideal for pictures. That said (and although I’m not an expert), it did not feel like the animals were unhappy or trapped. It is a big park and they appeared to have plenty of space. 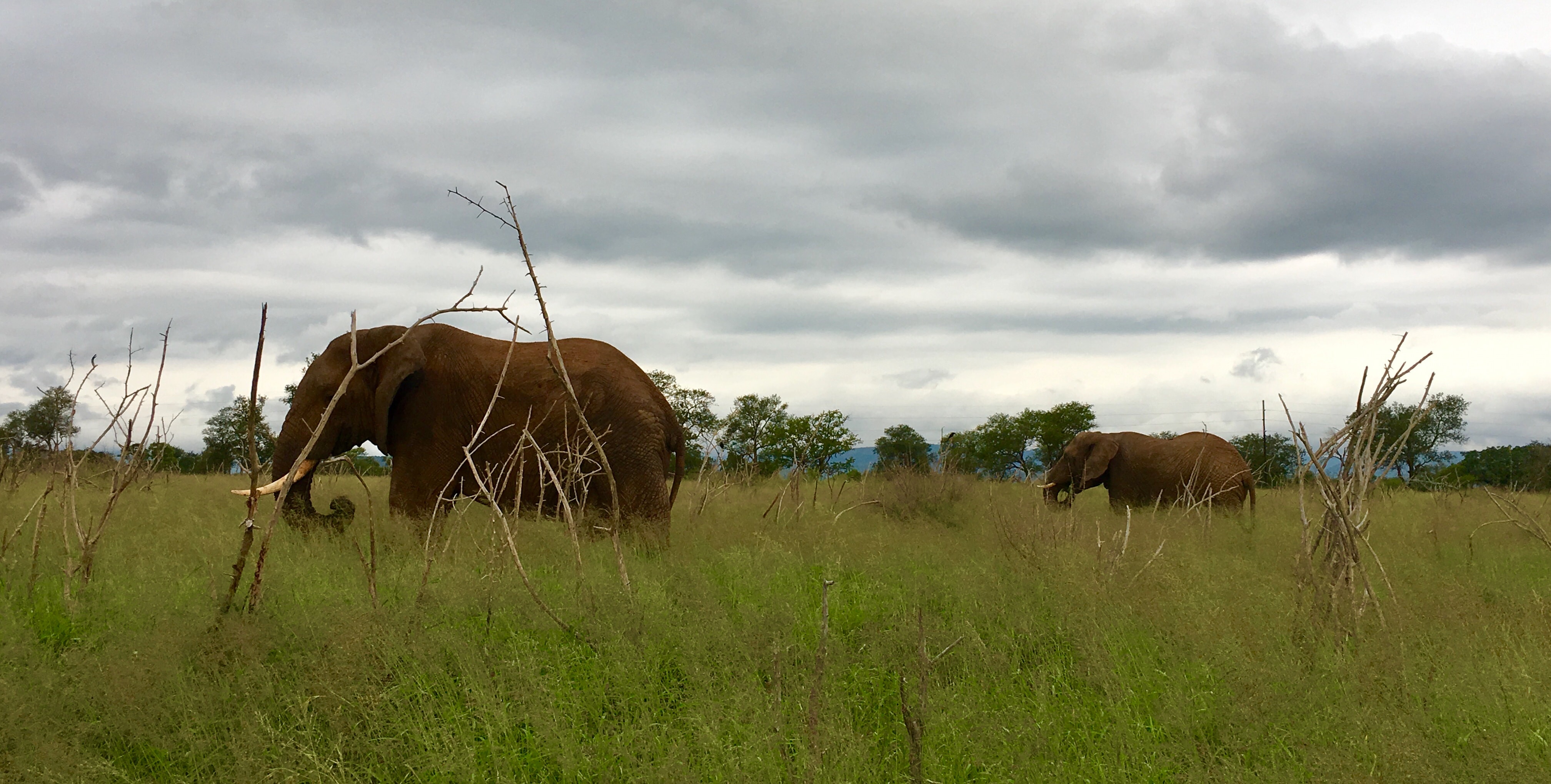 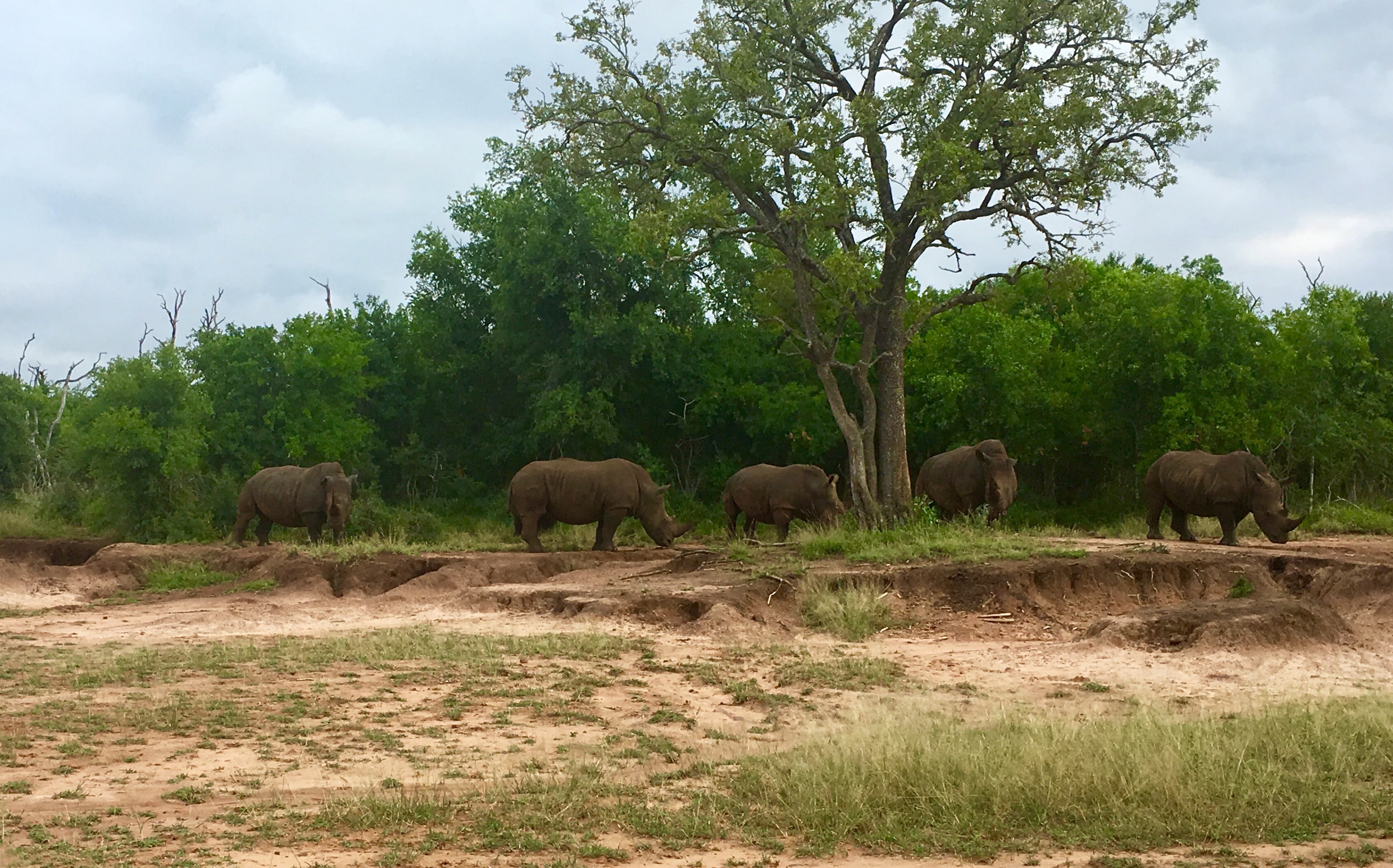 An African safari is something that I believe almost anyone could enjoy. Nothing compares to the feeling of riding through the bush in anticipation of what intimate wildlife encounter may be around the next bend. It’s particularly special for people, like me, whose only previous exposure to animals was at a zoo. I can’t recommend them enough.

Hlane is only a 30-minute drive from the main airport in Manzini. I had no trouble catching a taxi to the airport and flying back to Johannesburg. If you’re on a trip through southern Africa, carving out a few days to visit Swaziland could be a good move. Hlane in particular, offers economical safaris and you may even have the entire truck to yourself. The Swazi guides are friendly and knowledgeable making everyone feel welcome. If you get the chance, I would suggest a visit. I hope you can make it!

Have you been to Swaziland or on an African safari?