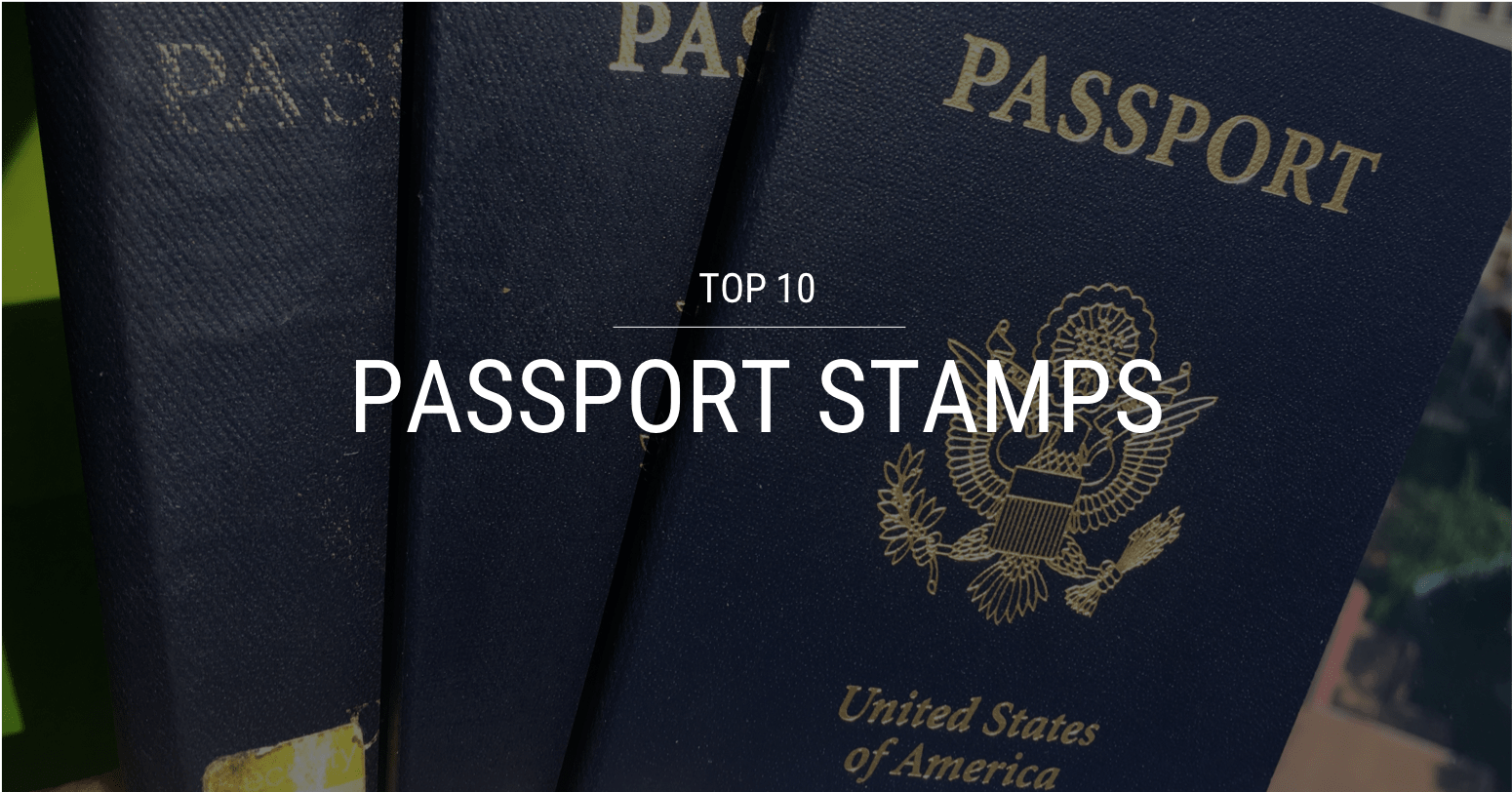 I recently went through the passport renewal process at the US Embassy in Singapore for the second time in two years. Entry stamps and visas had once again conquered all of my passport’s real estate. Up until 2014, the US Government allowed additional pages to be added to an existing passport. Unfortunately, that’s a thing of the past and purchasing an entirely new ‘book’ is now the required course of action. Although I tend to frequently flip through the pages to reminisce on previous adventures, saying goodbye to my #1 travel necessity this time triggered the idea of officially ranking the best.

This Top 10 countdown consists of my favorite passport stamps and visas from around the world. The primary determining factors were how it looks, how difficult it was to get and any story related to getting it. Call me crazy for prioritizing, but I’m excited to take my travel geekiness to a new level. Hope you enjoy!

When planning to attend the 2014 Winter Olympics in Sochi, my Russian tourist visa was denied twice. Apparently, intending to be a spectator at the biggest sporting event on earth was a sketchy reason to visit? Thankfully, as the cliché goes, ‘third time’s a charm’ and experiencing Vladimir Putin’s $51B spectacle was a treat. 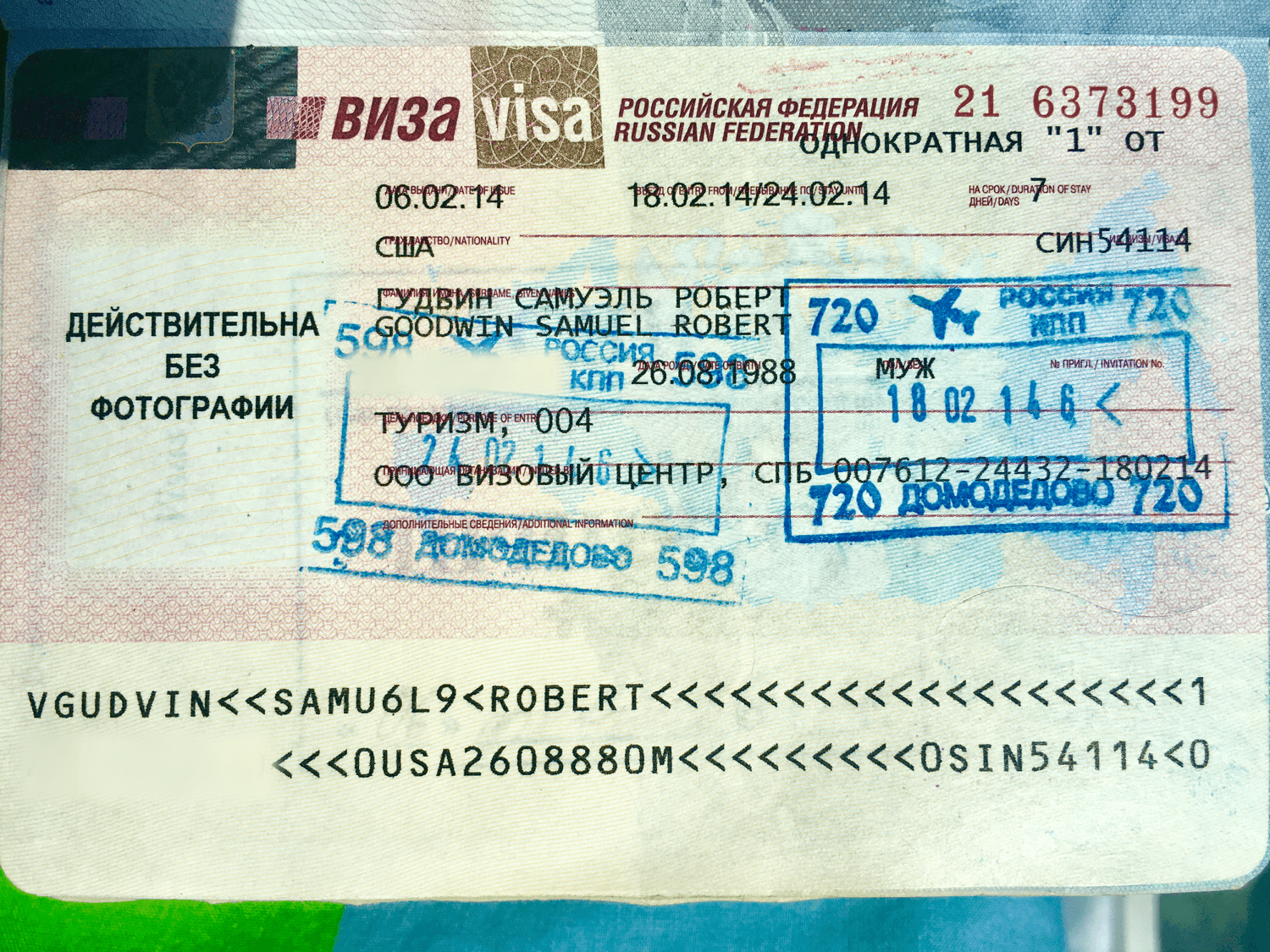 Of all the stunningly gorgeous things about the Seychelles, they decided to model their passport stamp after butt cheeks. Well done, Seychelles. A solid 9 spot for you, my friend. For the record, it apparently represents the coco de mer nut, a species endemic to the archipelago. But I prefer butt cheeks.

Macchu Picchu is one of the few ‘attractions’ in the world that offers its own passport stamp. It’s also the only stamp in any of my three passports that I inserted myself, which is somewhat obvious given the amateur stamping job. 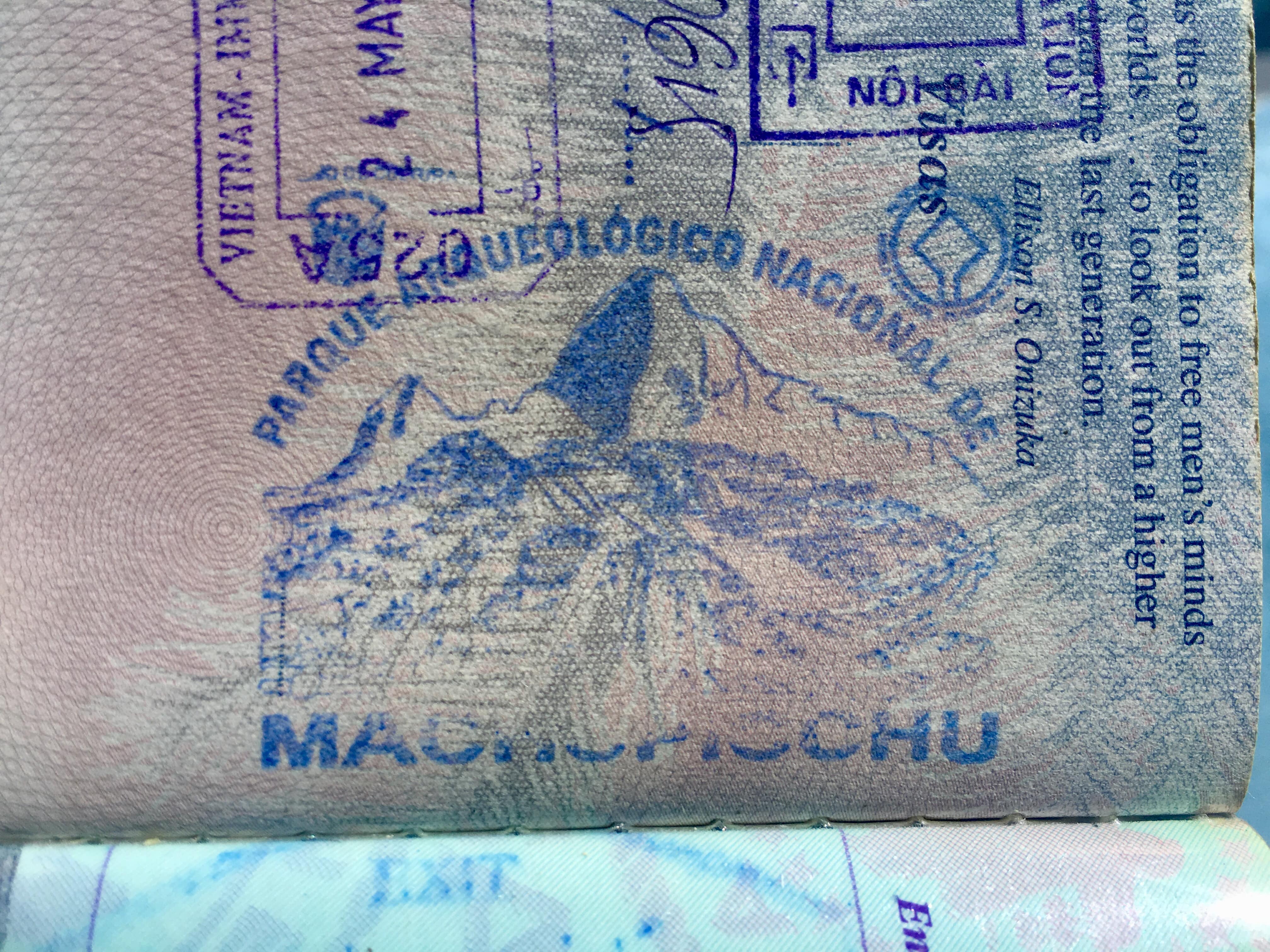 Madagascar did not make this list because of its elegance or fancy holograms. Quite the opposite. If you ever want to experience ‘stamp vomit’ all over an entire passport page, head out to the world’s fourth largest island. 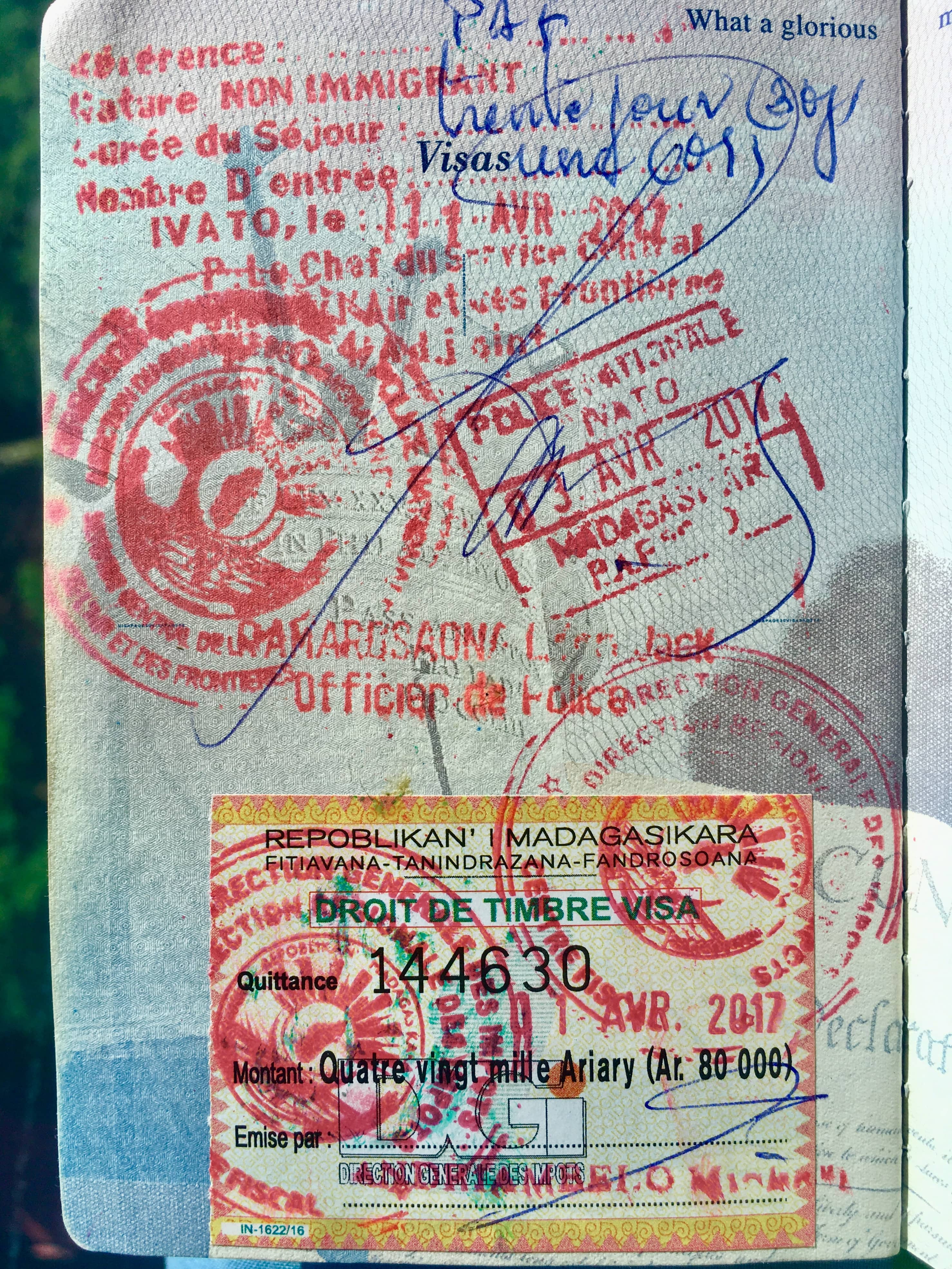 I landed at Maputo airport amidst a storming crowd of arriving passengers, the majority of whom were applying for visas on arrival. Visa fees were paid in cash, an inefficient and chaotic process that lead to me finagling my way out of the arrival hall with my $50 still in hand. I went out for a fancy dinner that evening to settle the score and be sure Mozambique still secured its cut. 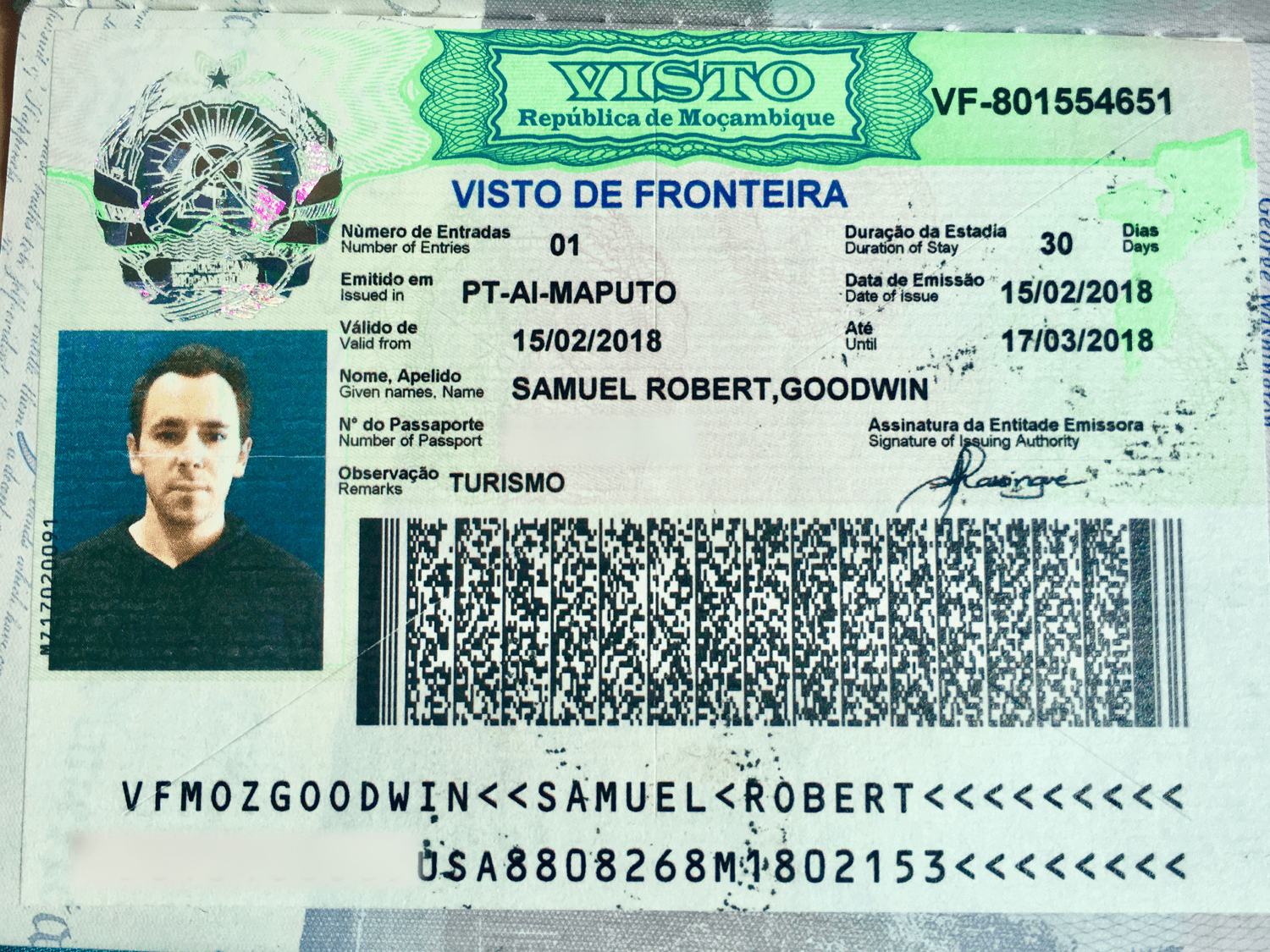 San Marino lies entirely within Italy and does not have a border patrol. However, visitors can obtain one of its unique passport stamps for €5 from the tourist office located outside Monte Titano’s upper cable car station. 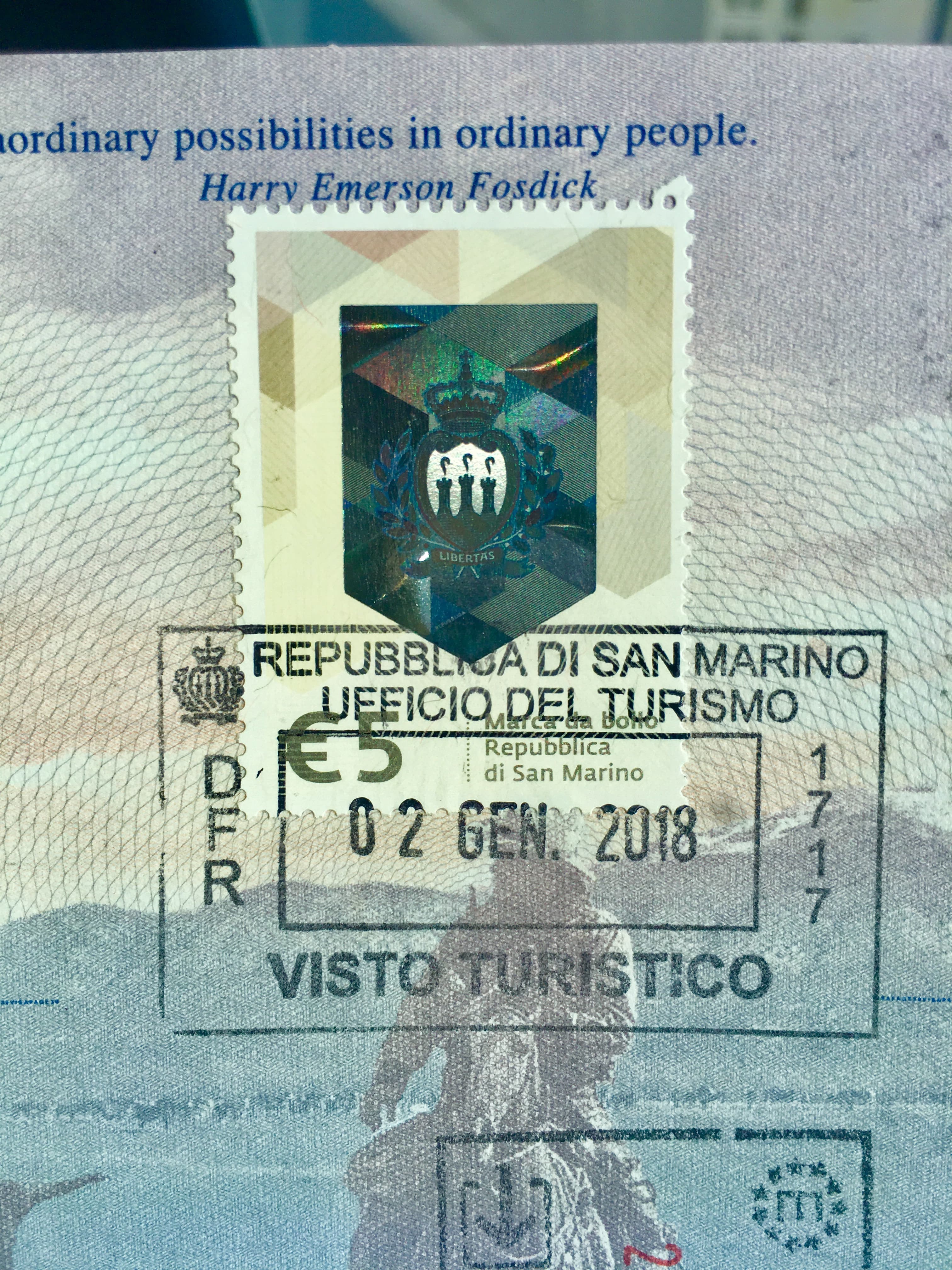 Tanzania was the first visa I ever received and therefore holds a special place in my travel repertoire. I’ve since learned that, as an American, often the slowest and most inconvenient way to get a visa is through an Embassy in Washington DC. If you have the resources to obtain it elsewhere, do it. 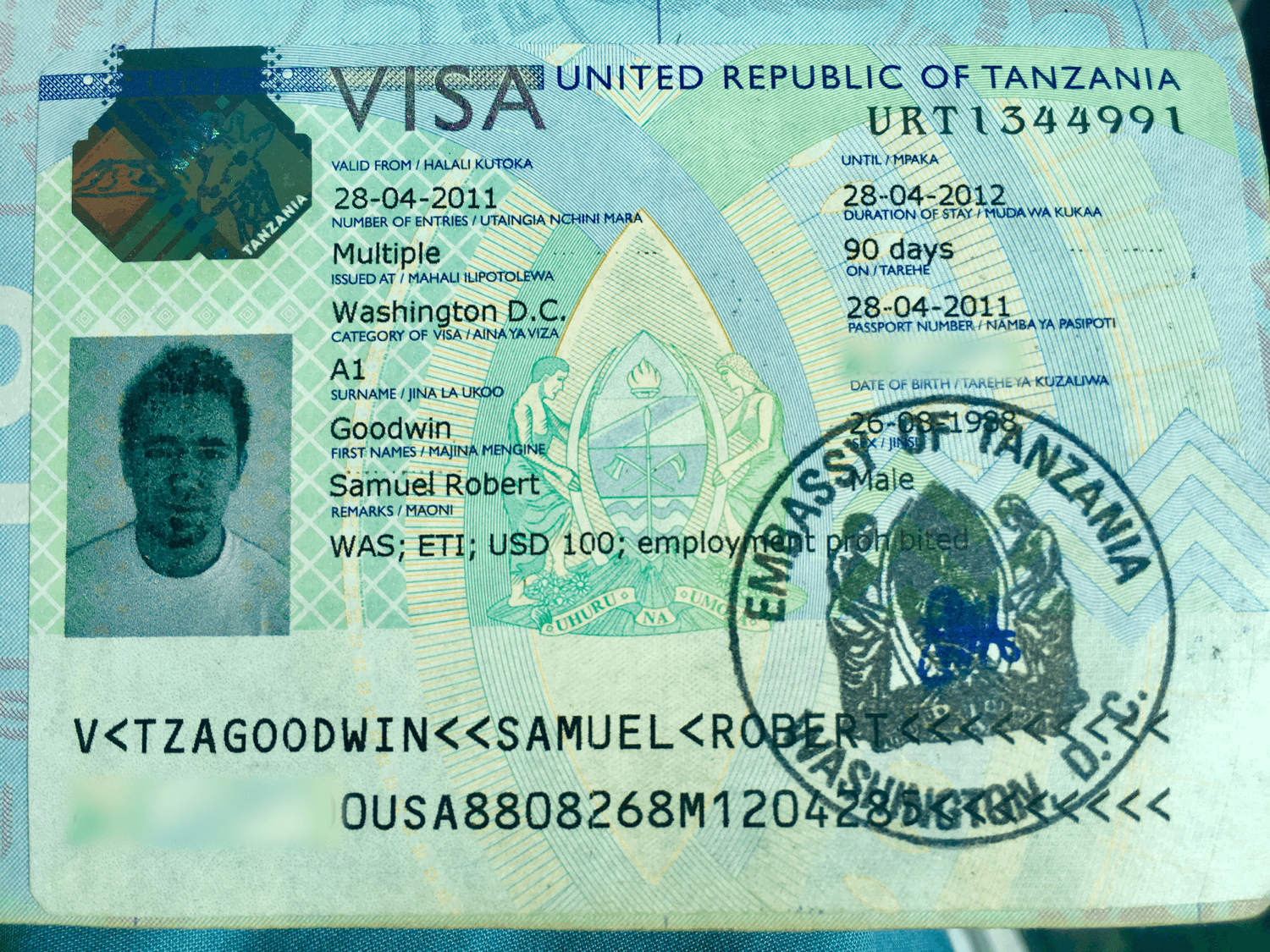 I first visited China in May 2015 and applied for a tourist visa through the Chinese immigration services office in Singapore. Upon collection, I was informed that I would be receiving a 10-year, multiple entry visa, a huge upside surprise and a gesture that made the outrageous $250 fee much less painful. China is my playground until 2025! 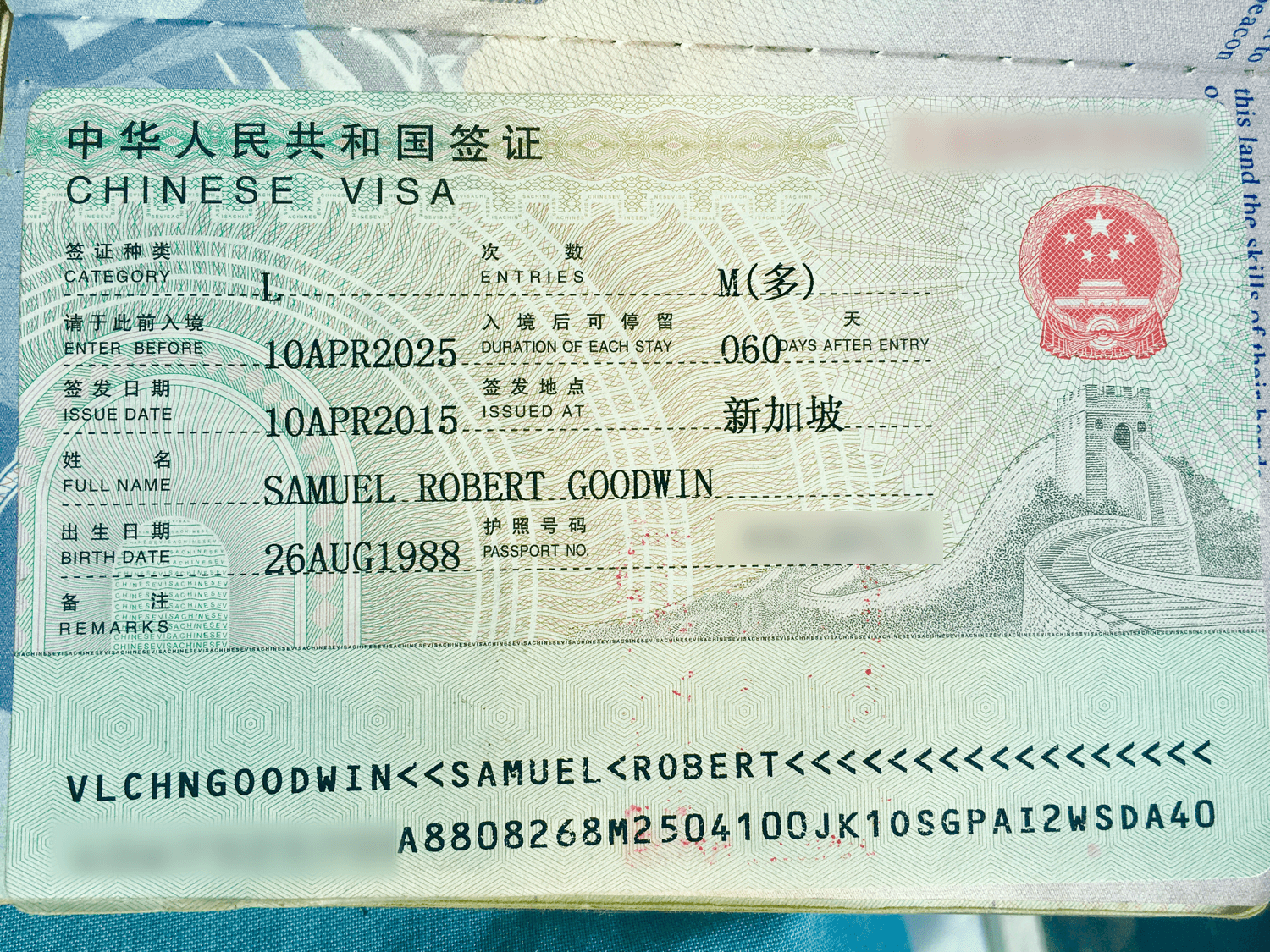 I was invited to Pakistan in May 2017 to help design the country’s first outdoor ice rink. The visa procedure was probably the most involved I’ve experienced. It required more than a dozen trips to the Pakistani Embassy in Singapore and leaving a $2,000 cash deposit with the Ambassador, a sum that wasn’t repaid for over six months. 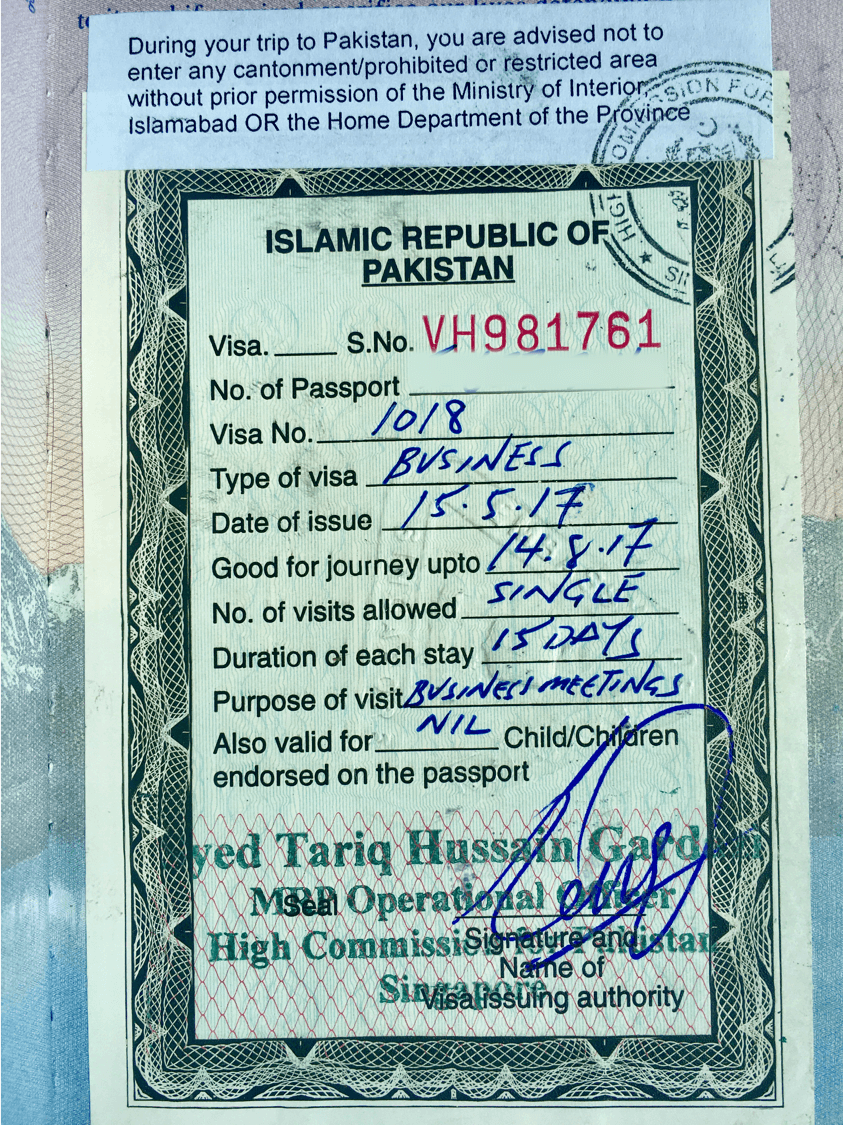 I think Palau is where Microsoft takes their screensaver photos. Having seemingly learned from the Seychelles’ blunder, they patterned their passport stamp after a jellyfish, a clever play given that their magnificent archipelago is home to one of only two places in the world where visitors can intimately swim alongside stingless jellyfish. Nicely done! 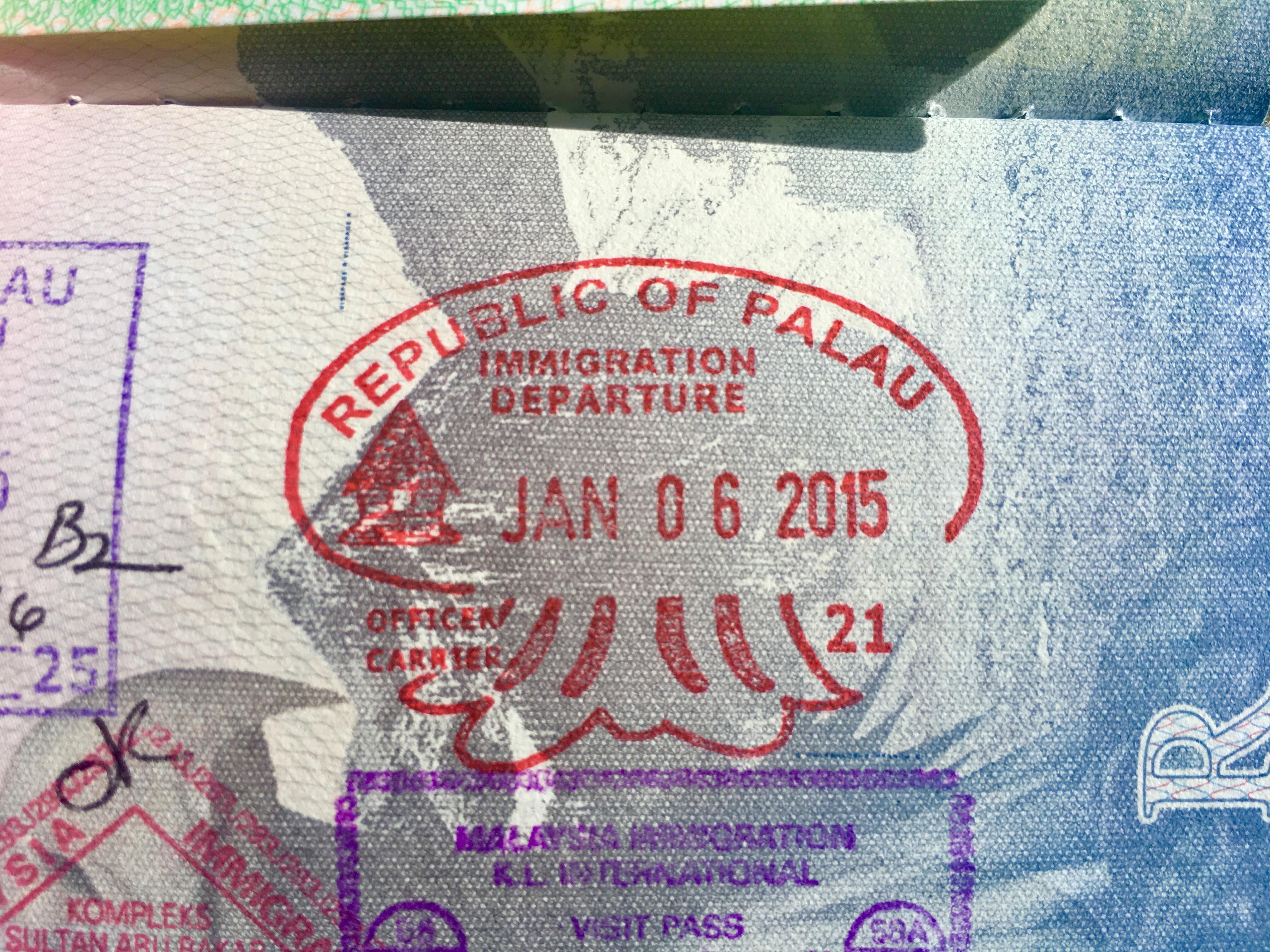 Although relatively unique, North Korea only earns an honorable mention. This is for a few reasons – The entry visa was dead easy to obtain (everyone who visits has a tour agency handle the application process for them), I didn’t get to keep it and it was issued as a separate booklet that never physically became part of my passport. Regardless, it’s worth mentioning 😀