|🇷🇺 • 🇰🇷| Anyone who knows me knows that two of my favorite things are hockey and travel. Therefore, when the Winter Olympics roll around once every four years, I don’t want to be anywhere else. The Olympics (both summer and winter) are the height of sports diplomacy. For two weeks, the world puts differences aside to bond over the achievements of its greatest athletes.

Where the Hell is Matt is probably the YouTube video(s) I’ve watched more than any other. Why? Well, it’s not because he’s a good dancer (sorry, Matt), but instead because he ingeniously brought people from all across the globe together through one silly dance. It was a remarkable demonstration of humanity and a reminder that people, despite deeply-rooted cultural, political or religious differences, are fundamentally all the same. The Olympics manifest a similar theme, and I love it.

I will admit, as a spectator, planning for the Olympics can be a bit overwhelming. Accommodations are always a headache. Event tickets can be tricky and often expensive. Booking flights is an intense chess match with the airline due to unusually high passenger volume. Infrastructure completion dates always seem to run right up to the opening ceremony making it difficult to secure plans in advance. Often times the city is hosting 5-10 times more people than they’re designed to accommodate resulting in long lines and the unavailability of certain services. The list goes on.

All that said, for me, navigating the logistics puzzle is well worth the effort. I attended Sochi 2014 and PyeongChang 2018. Both were fantastic trips. While in PyeongChang, it was fun comparing different elements of the experience to Sochi. Although the quality control between the two Games was impressive, there were of course many differences. From a casual spectators’ perspective, these three stood out to me.

(Note: It would be difficult to argue that the biggest difference between the two Games was anything other than the overall dollar spend. The Russians rang up a US$51B price tag (by far the most expensive in history), while the Koreans kept theirs to $13B. As mentioned, the below differences are from a visitors’ perspective, not a political, cultural or economic one.)

When arriving in Sochi, I was unsure of what to expect regarding entrance to the events (in typical fashion, I flew from Singapore to Russia without a single ticket in hand). Turns out, all visitors were required to register at an Olympic office that had been set up outside the village. Personal information was exchanged, a photo was taken and a lanyard was distributed which granted you access to the park. Jumping through this hoop caught me by surprise and figuring out what to do and how to do it ended up costing quite a bit of time. 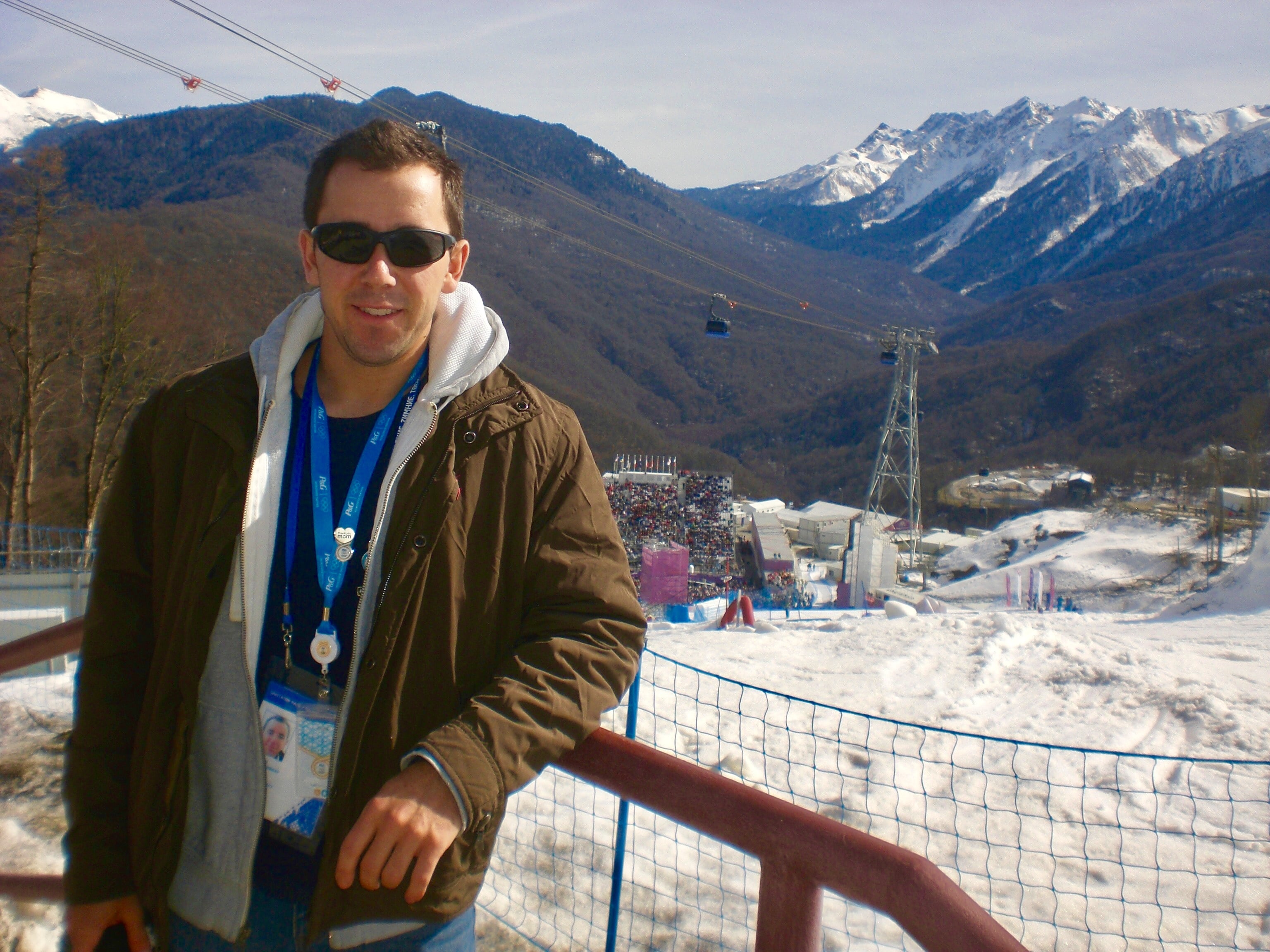 Four years later, I was determined to avoid this process becoming the inconvenience it was in Sochi. I approached the Gangneung Olympic Park on the first day and immediately began looking for the registration. After walking in circles a few times, I learned that there wasn’t one. Instead, each visitor just had to buy a cheap, $2 (daily) general admission ticket.

Summary: In Sochi, entering the village was free but complicated. In PyeongChang, it was simple but came at a small cost.

Obviously, Giant Slalom cannot be held at the same venue as Curling. As a result, the Olympics are divided into ‘clusters.’ In the winter, there is usually one area for the stadiums (hockey, speed skating, curling, figure skating, etc) and another for the mountain events (skiing, snowboarding, bobsledding, skeleton, etc).

As the crow flies, the two clusters in Sochi were about 20 kilometers (12 miles) from each other. There were several ways to travel between the two – taxi, train, bus. I went via bus (+ a newly built gondola) and it took about 40 minutes. It was a smooth and gorgeous ride up into the Caucasus mountains.

In PyeongChang, the distance between Gangneung Village (stadiums) and the Phoenix Snow Park (mountain) was close to 60 kilometers (37 miles), three times what it was in Sochi. Additionally, traffic was a mess and buses were limited. It took me 90 minutes to drive there by taxi and cost over $100. This was the least enjoyable part of my trip. Given the efficiency of the train between Seoul and PyeongChang/Gangneung, I was disappointed that there seemingly wasn’t the same level of planning put into transportation between clusters.

Despite the grind to get there, the venue itself was terrific. It was also fun to serendipitously catch up with a Pakistani friend during the event. While writing this post and compiling the photos, I realized that I wore the same brown coat to Sochi and PyeongChang. Maybe it’s time for a new one?

Summary: I know I said finances were going to be left out of this, but Vladimir Putin’s massive highway project should have been an indicator of the importance of inter-cluster transportation and its impact on spectator experience.

Leading up to the 2018 Games, the NHL banned any player on contract from participating in the Olympics. For the hockey world (and beyond), this was a huge change. As a result, countries were forced to recruit elsewhere. A few players came from the AHL, while the majority were sourced from top European pro leagues such as the KHL, SHL, DEL and Liiga.

In 2014, I scalped a last-minute ticket to the Canada vs. Sweden gold medal game. During the introduction ceremony, I remember looking down the line of names on the back of the Canadian jerseys. It was essentially the who’s who of hockey. It was incredible to have that much talent in one building. Despite a strong effort from the Swedes, Canada went on to win gold. Needless to say, it was one of the most memorable games I’ve attended (although not as memorable as the women’s final three days earlier).

In PyeongChang, the dynamic was much different. The lack of NHL superstars had leveled the playing field making it anybody’s tournament to win. For me, someone who’s familiar with the hockey landscape, I enjoyed the change of pace. It was great to see different players given the chance to represent their country and also to watch many viewers become more in tune with the high-caliber skill level of the various European leagues. I went to the Canada vs. Germany semi-final game. The Germans steamrolled the Canucks.

Summary: For the majority of sports fan, the PyeongChang hockey scene was likely a significant downgrade from Sochi. However, I imagine a small percentage of people, like me, appreciated it. We’ll see what happens in Beijing 2022.

Have you been to the Olympics? What did you think?