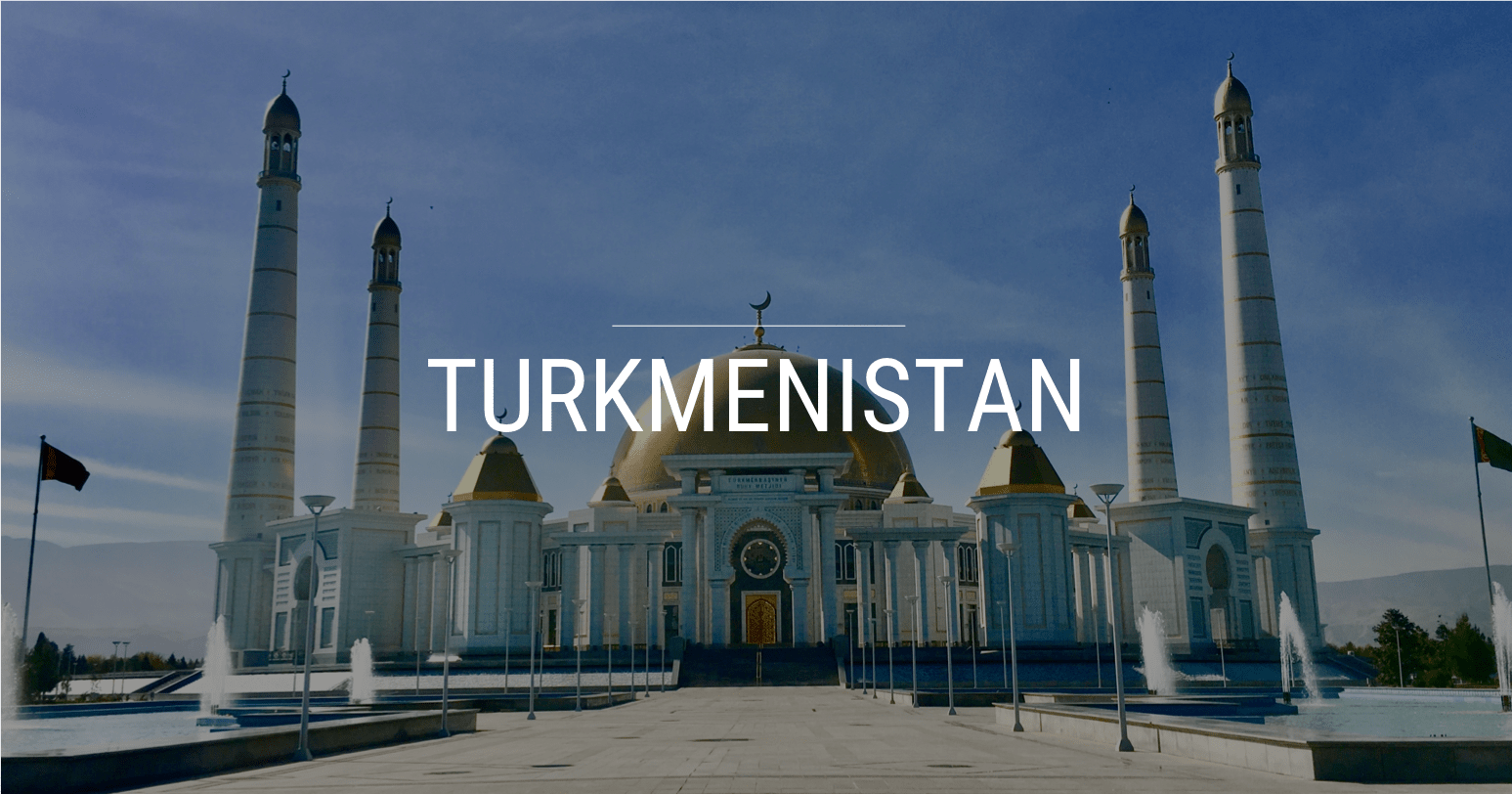 | 🇹🇲| Turkmenistan is a mountainous nation in South-Central Asia and was the final of the seven “Stans” that I visited. The country experiences limited tourism, largely due to a relatively isolationist stance toward the outside world and a Government whose bureaucracy often complicates entry permission and visa submission processes. No doubt, there are less weird places in the world than Turkmenistan, and I believe an entertaining but informative place to begin to understand the weirdness is with John Oliver’s piece on Turkmen President Gurbanguly Berdimuhamedow and some of his notably strange obsessions.

Despite the peculiarities, my time in the country was overwhelmingly positive and memorable. As I did two and half years earlier in North Korea, I traveled to Turkmenistan as part of a cultural sports exhibition with the Howe International Friendship League, one of the best travel partners I’ve ever experienced. They arranged for a group of hockey players from around the world to travel to Turkmenistan to coach and play alongside the Galkan HC (Pro) Team – an excellent reason to visit.

Our trip began and ended in the Turkmen capital of Ashgabat (which, in my opinion, is the second coolest capital city name in the world after Ouagadougou, with Funafuti, Nuku’alofa and Antananarivo rounding out the top five). Ashgabat’s distinctiveness begins at the airport, a facility whose roof is in the shape of a flying falcon. On its face, the city and its architecture are beautiful as it holds a Guinness World Record for the world’s highest concentration of white marble, in addition to other curious records like the largest architectural star and largest indoor ferris wheel. Even the ice rink is white, and also displays a large hockey stick on the front. 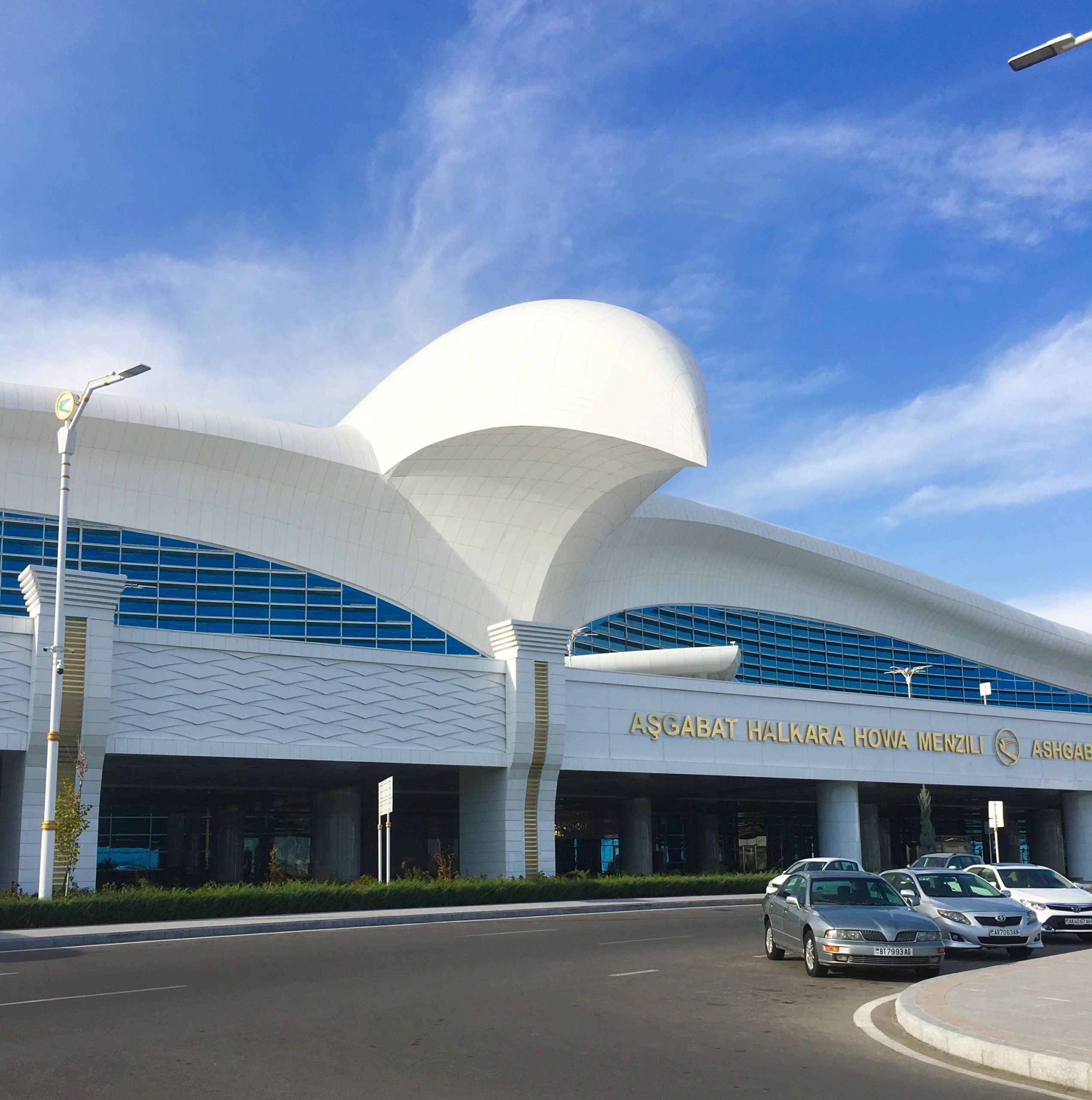 The majority of our time in Ashgabat was spent here at the rink. We usually skated twice a day, with the morning being a training session and the evening a game. The Turkmen players were surprisingly talented. Several of them had Russian in their blood which naturally resulted in decent skating and puck-handling skills. Similar to DRPK, I got the sense that a handful of the players had dedicated their entire life to hockey simply because there’s not a whole lot else to do or get excited about in the country. The players were friendly, coachable and anxious to learn about what we had to offer. Some of my best travel experiences have resulted from “sports diplomacy” experiences like this. It never gets old to use the game of hockey as a way to connect and bond with people from all corners of the world. 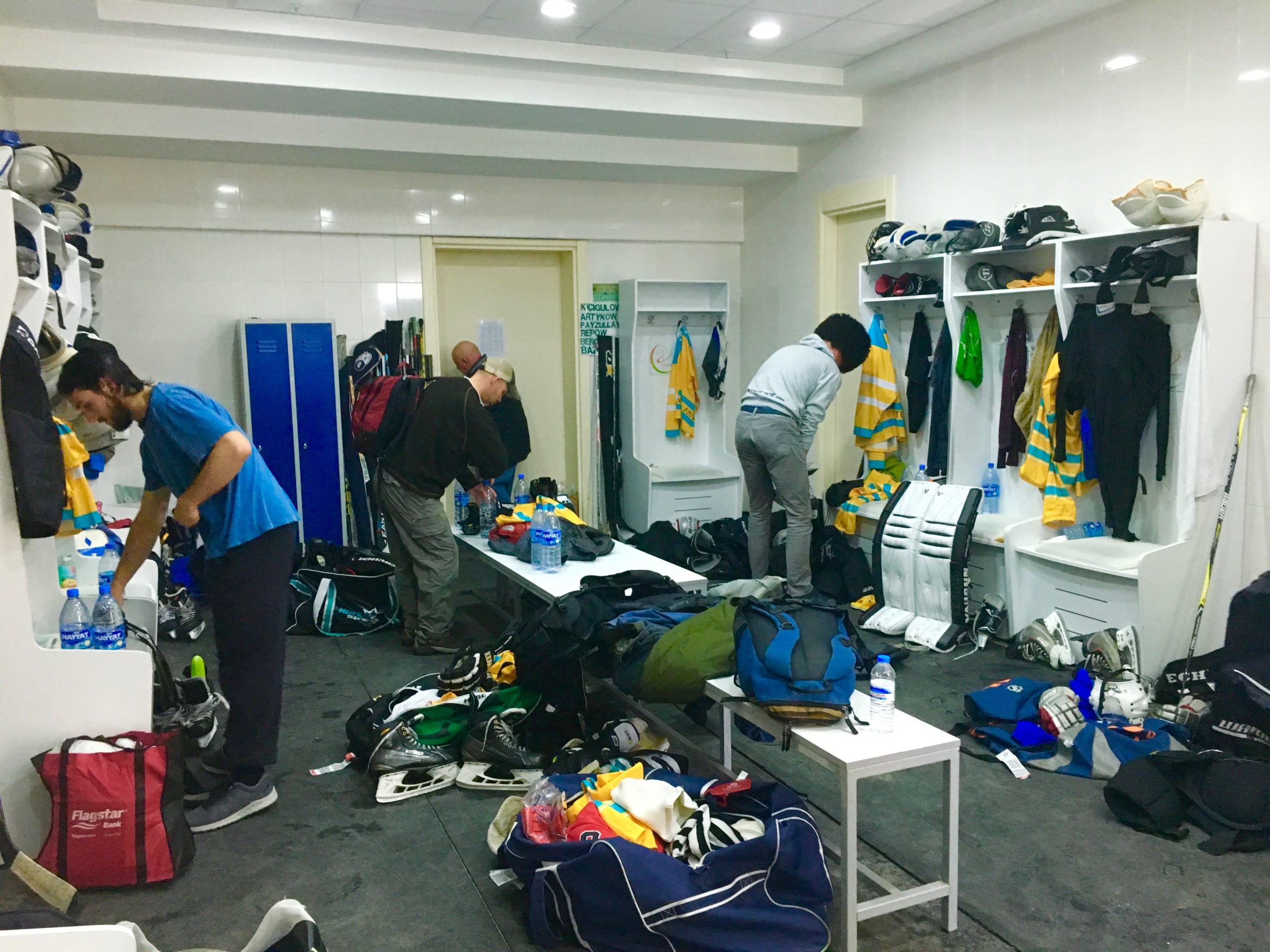 We spent a couple days outside of Ashgabat, beginning with a visit to the Kow Ata Cave, a notable site located 90 kilometers (55 miles) from the city on the Iranian border. It is a 60-meter (200-foot) deep sulfurous spring with a natural thermal spa at the bottom. We enjoyed a short swim before climbing out and hiking up a nearby hill for a view of the surrounding area. Nearly 70% of Turkmenistan is desert. 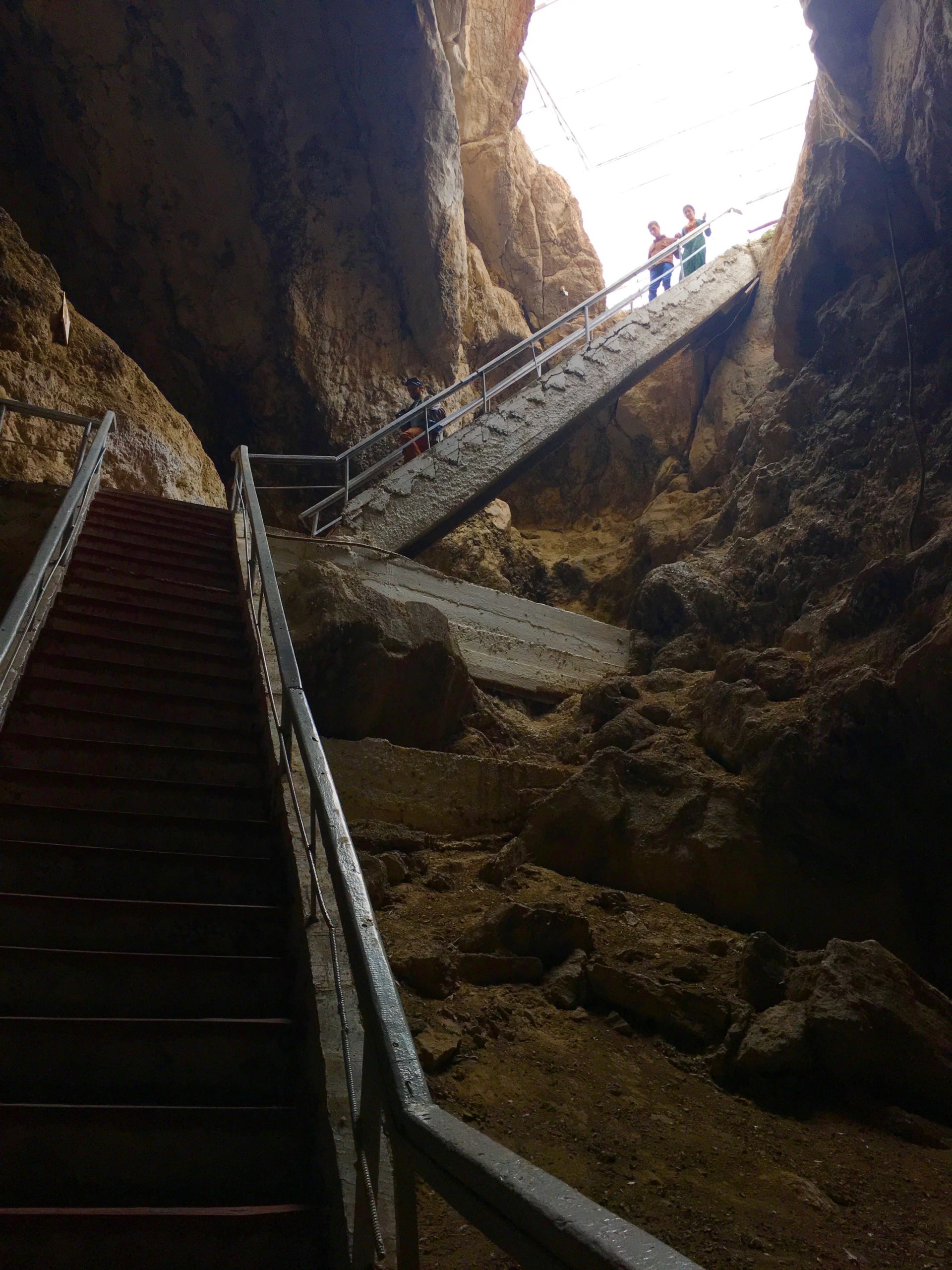 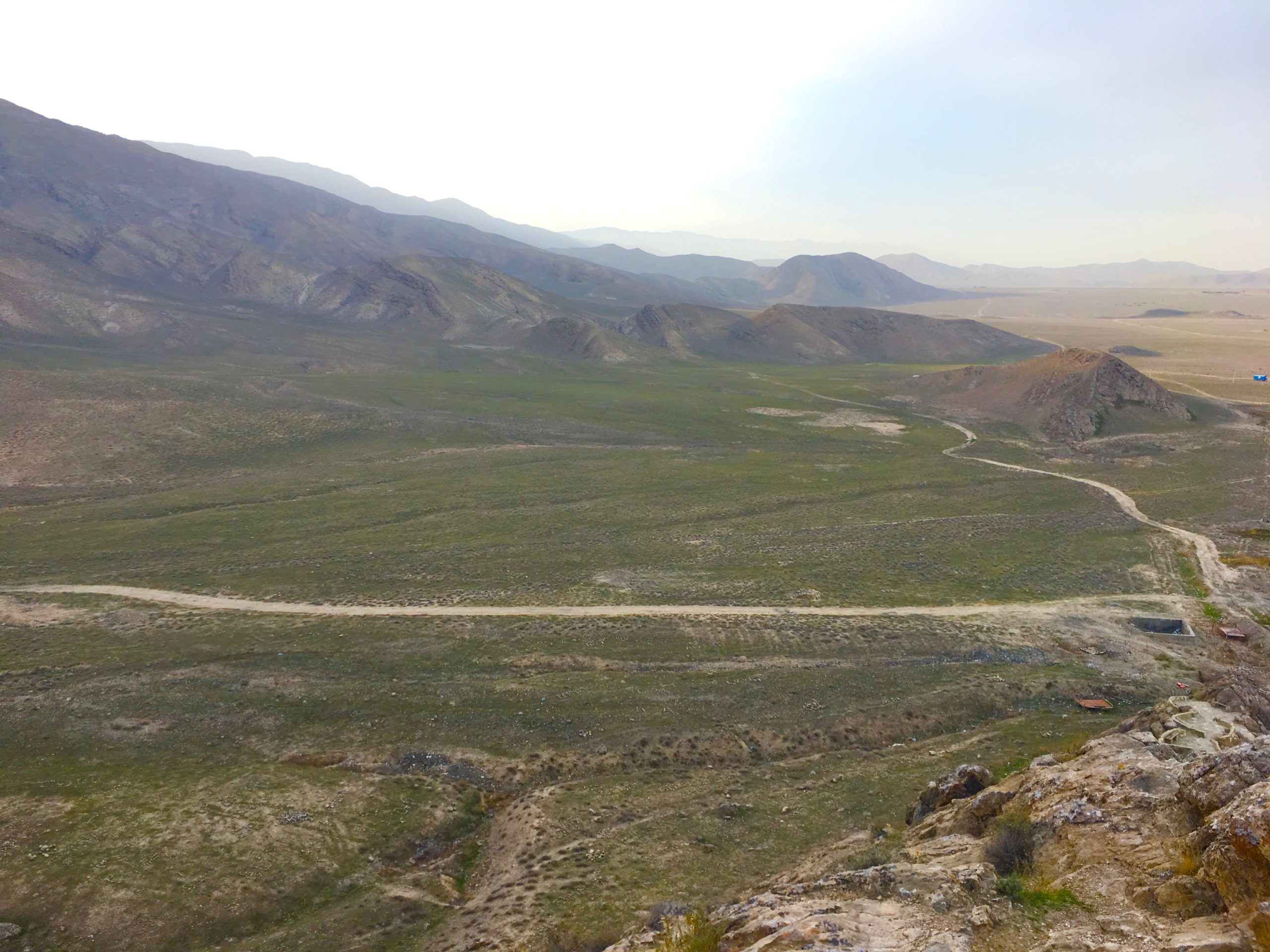 That evening, we stayed at the home of a hospitable local family in the small village of Nokhur. As with virtually everywhere in the Middle East and Central Asia, they welcomed us with open arms and were committed to ensuring we had a comfortable stay. We enjoyed a delicious meal together and the unique opportunity to bond as a group. 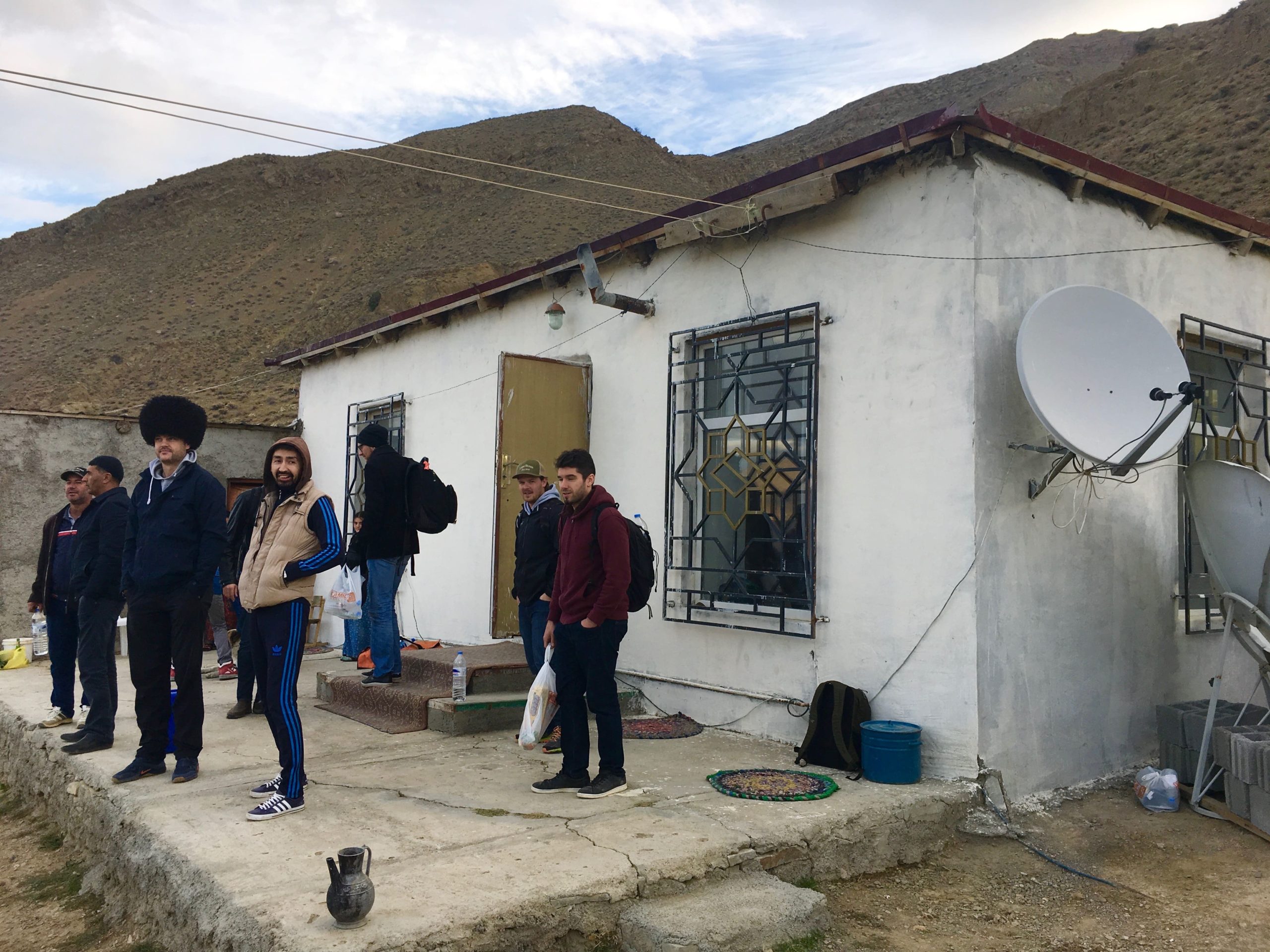 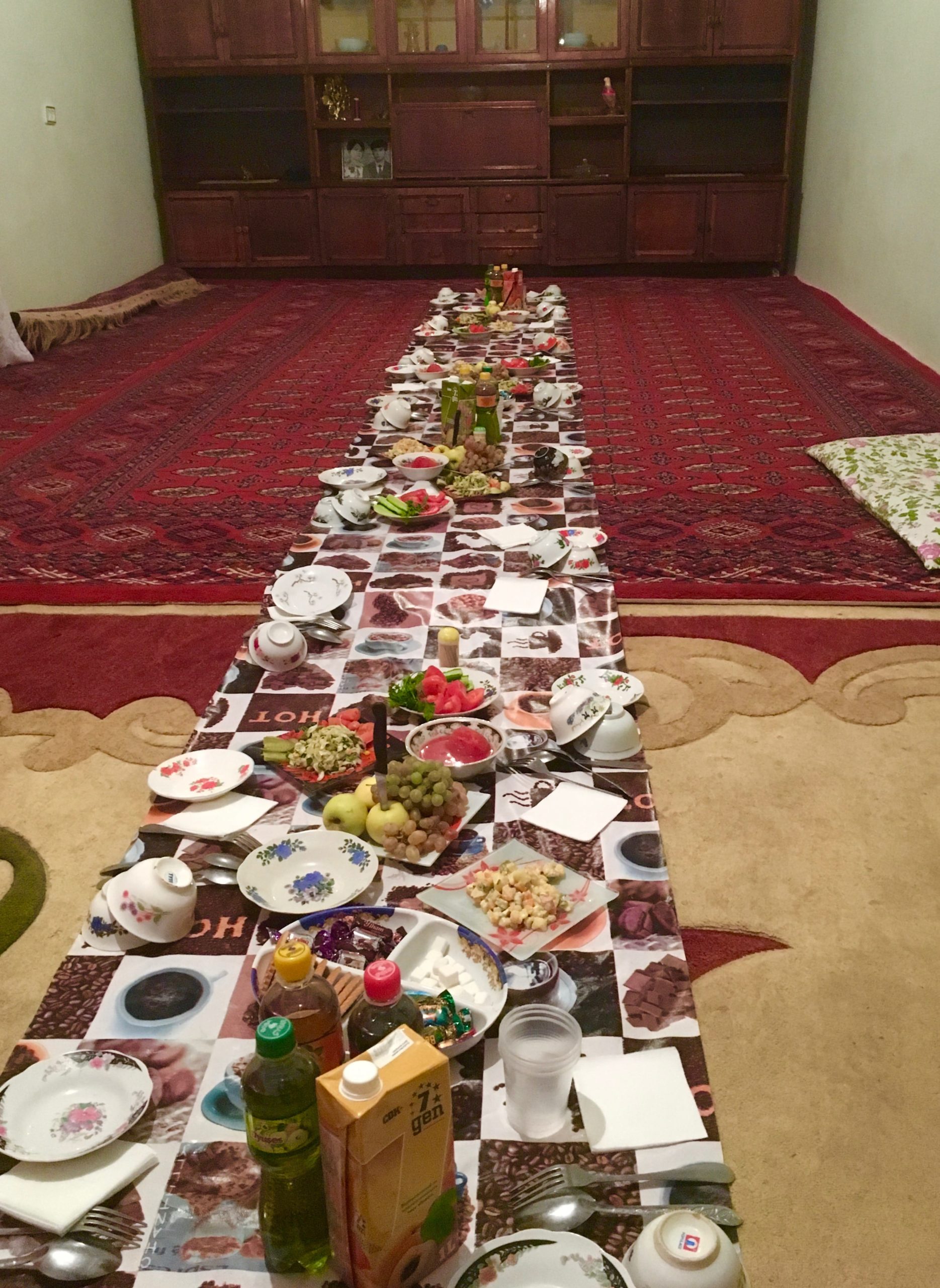 We later visited the Nokhur Cemetery and learned that the headstones are dressed up with goat horns in order to fight off evil spirits and ensure a safe passage to heaven and the afterlife. We took photos with Nokhuris and purchased dates and some other food from the market. In 1993, the Turkmenistan Manat replaced the Russian Ruble as legal tender resulting in Turkmenistan becoming the second country in the world to use a currency called manat – the other being just across the Caspian Sea in Azerbaijan. 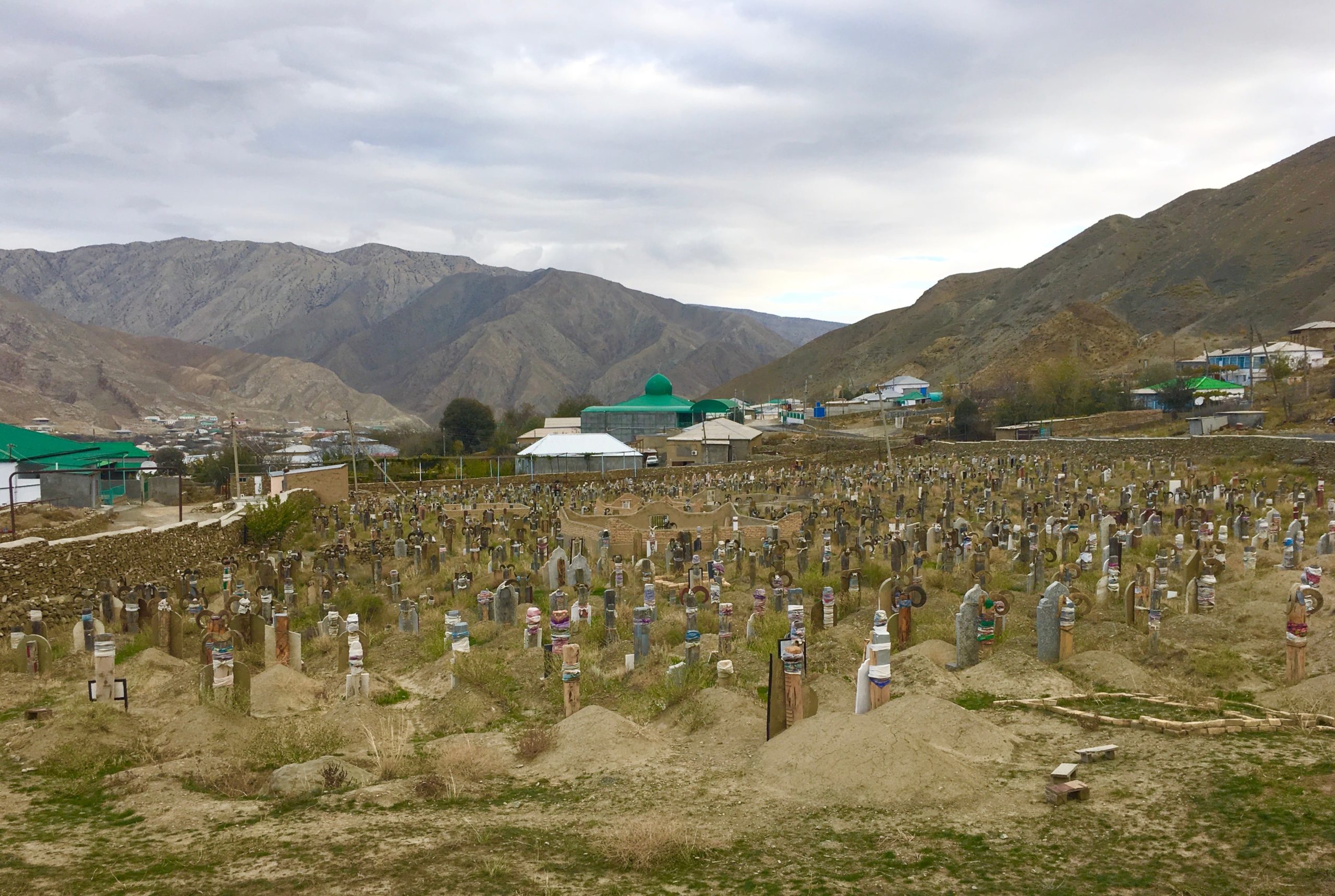 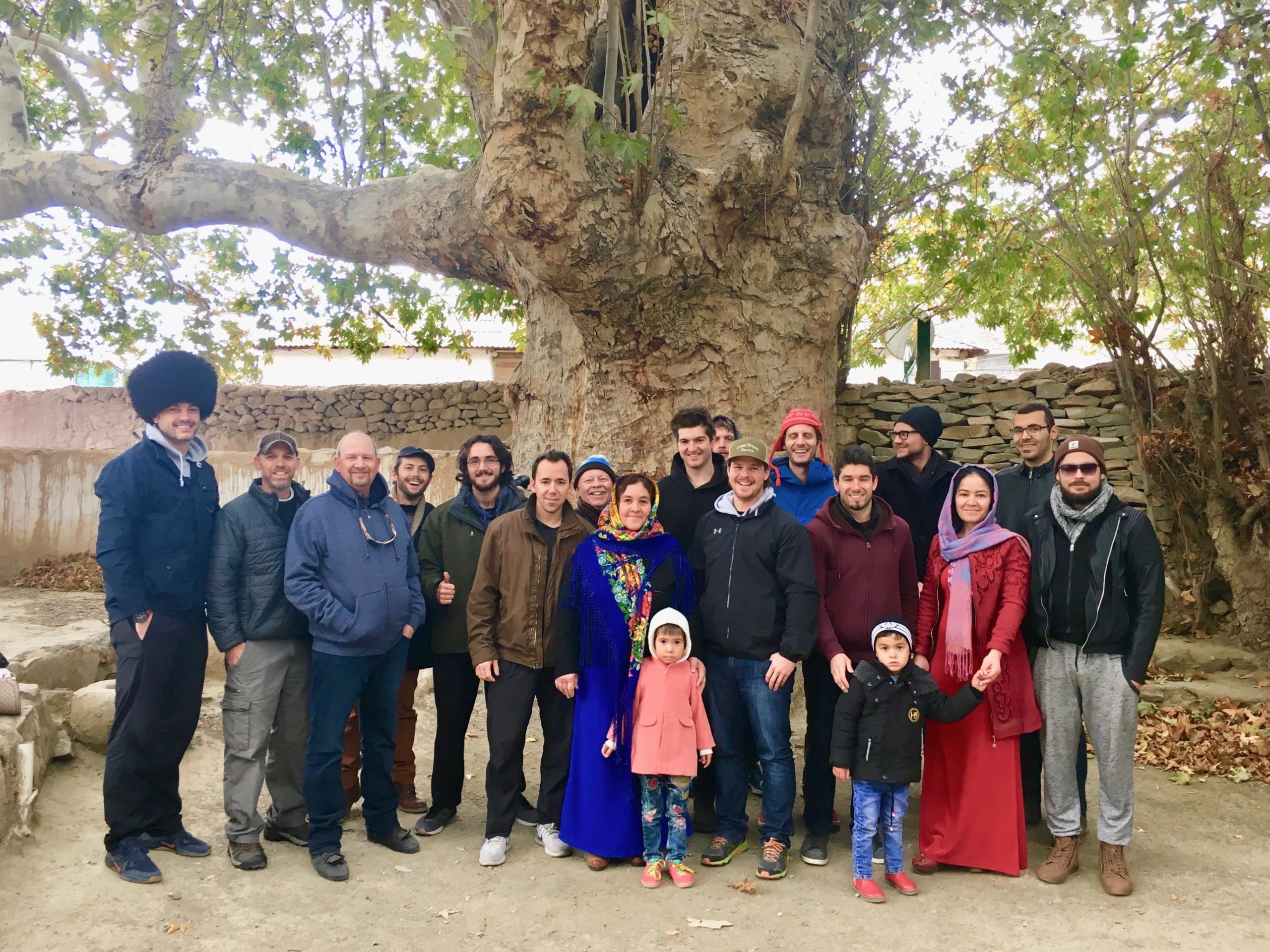 On our way back into Ashgabat, we visited two mosques. The first was the Saparmurat Hajji Mosque in Gökdepe, built in 1995 on the site of a destroyed fortress. The second was the Turkmenbashi Ruhy Mosque, the largest mosque in Central Asia with an occupancy of more than 20,000. Both are spectacular displays of Islam, easily accessible and worth exploring. At some point in the countryside I had bought a stylish teplek (hat) as a Turkmen souvenir. 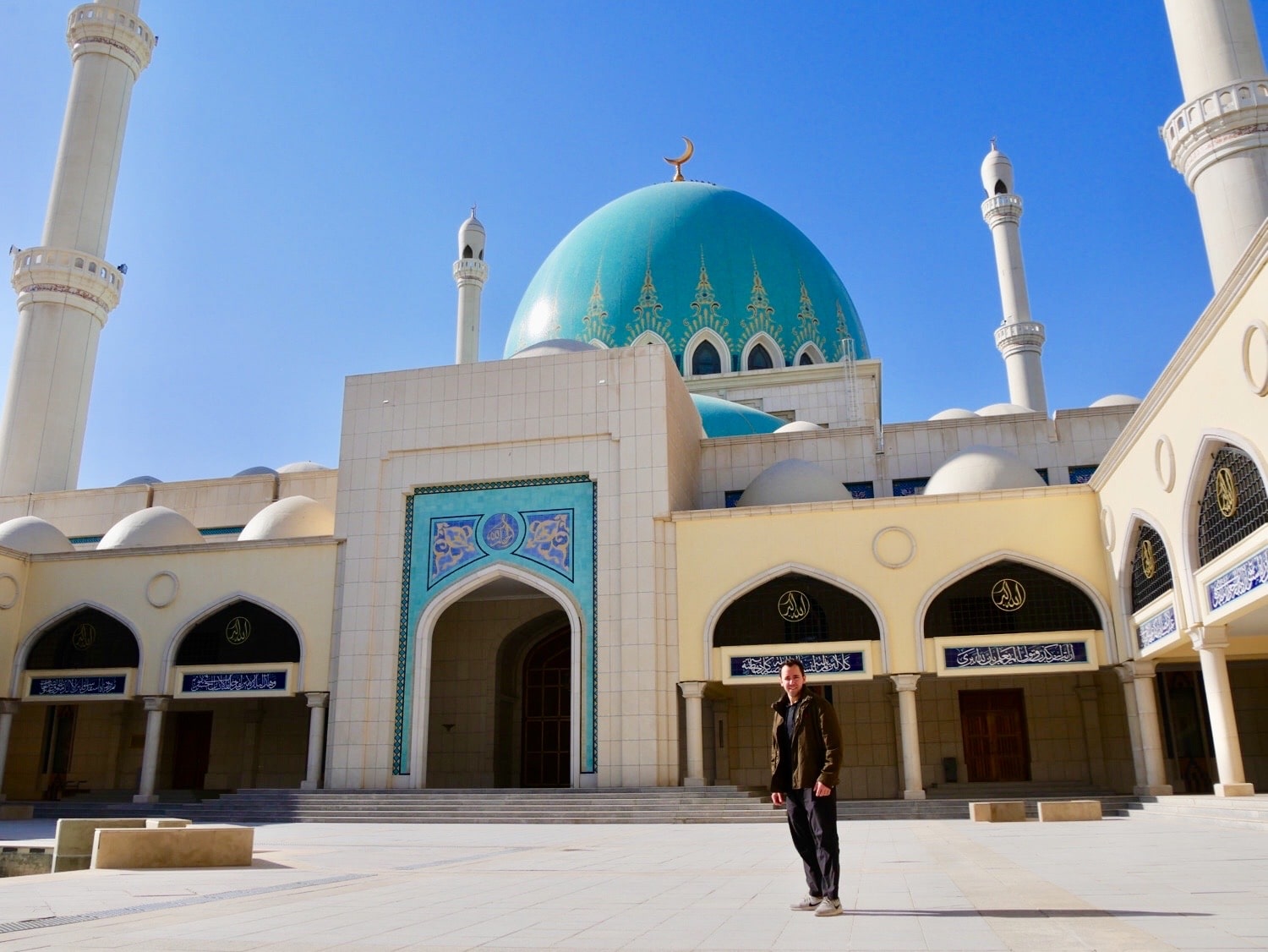 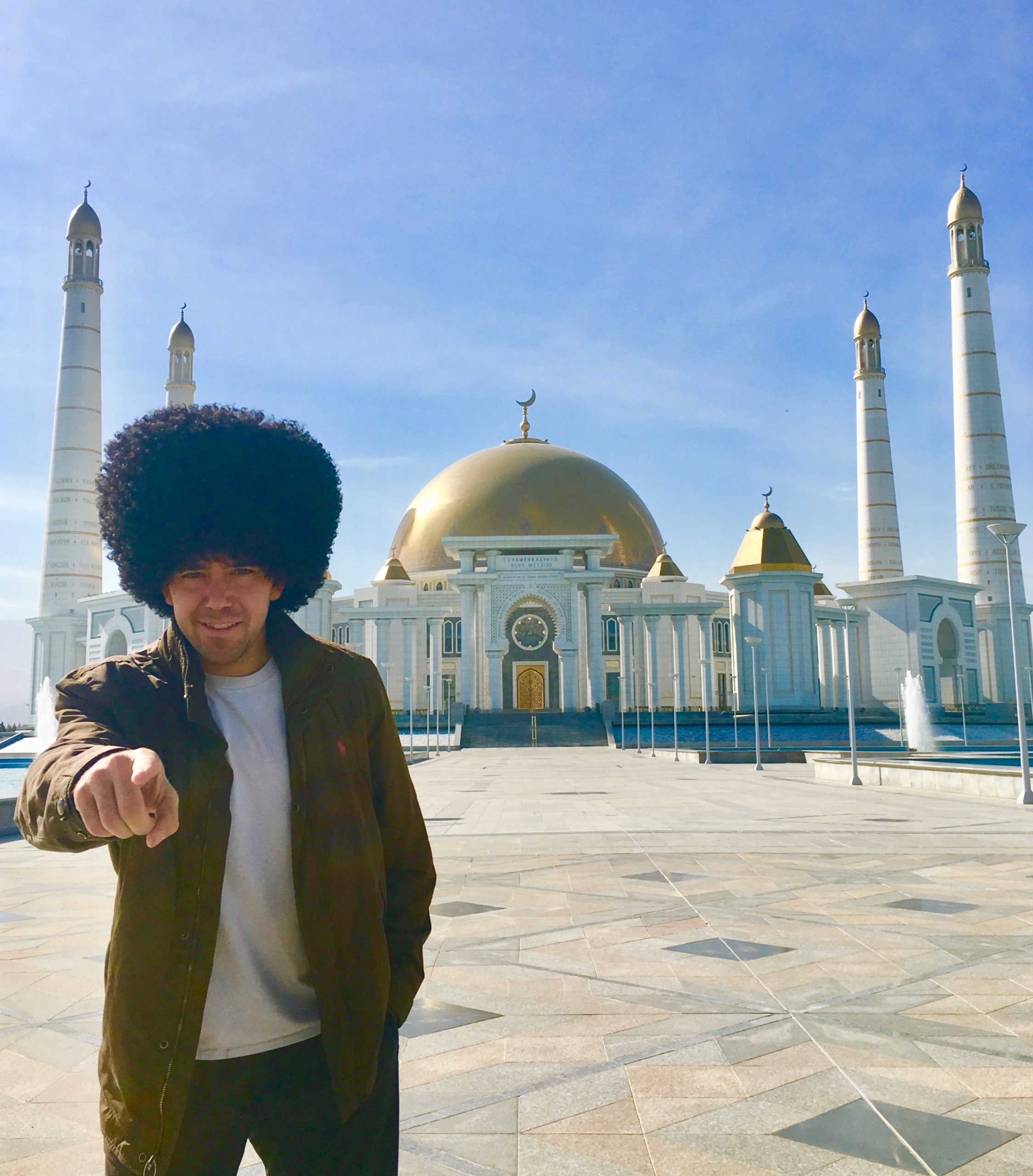 I flew back to Dubai the following morning with another fantastic experience in the books. Turkmenistan is an off-the-beaten-path destination and probably not at the top of many people’s bucket lists, but, if you’re interested in going, don’t hesitate to get in touch with me – I can connect you with some folks who may be able to help with your arrangements. I may even go with you because I unfortunately didn’t get the chance to visit the world renowned Darvaza Gas Crater and would love to do so. I have a Turkmenistan highlight on my Instagram story with more videos from my time there, in case you want to check it out.

What are your thoughts about Turkmenistan? Would you visit!?