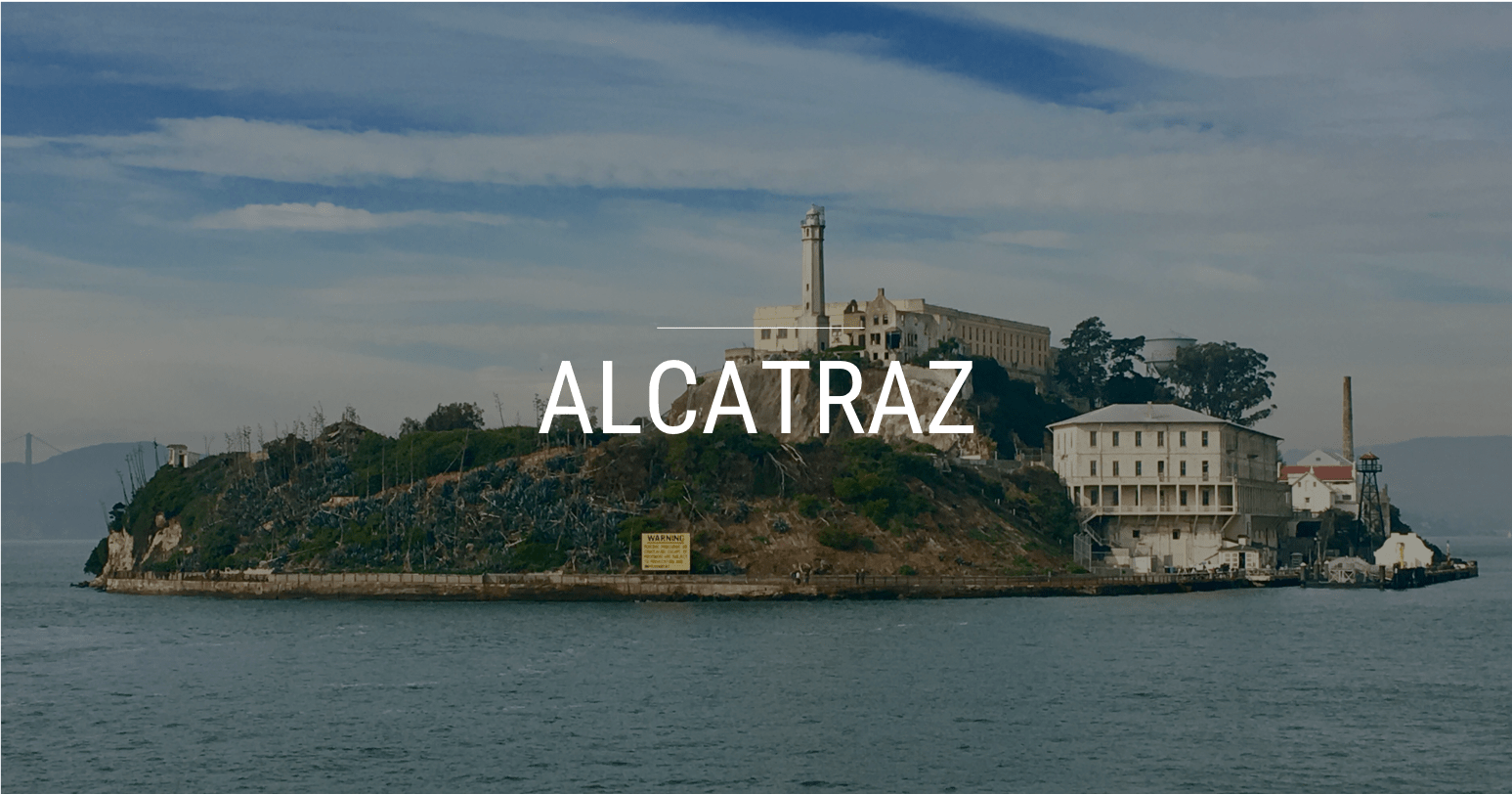 |🇺🇸| Alcatraz is a small island off the north shore of downtown San Francisco. It was originally developed as the foundation of a lighthouse but has since served as a military fortress and, from 1934 to 1963, the world’s most iconic federal prison. Contrary to what the 1979 thriller film title suggests, no inmates escaped from the island during this time despite a total of 36 attempts that stretched the entirety of the elaborate scale. Today, ‘The Rock’ is a National Park within the Golden Gate Park Recreation Area and open year-round to visitors. Of all the pure touristy attractions in the world, this is one of my favorites. If walls could talk, it’s hard to imagine any would have stories more interesting than those of Alcatraz.

Tours to the island depart every 30 minutes from Pier 33. I would suggest purchasing tickets well in advance. December 2017 was actually my second attempt at visiting Alcatraz. I fell victim to an endless chain of sold out cruises a year earlier. The boat ride takes less than 15 minutes and provides fantastic panoramic views of the Golden Gate Bridge and surrounding San Francisco skyline. 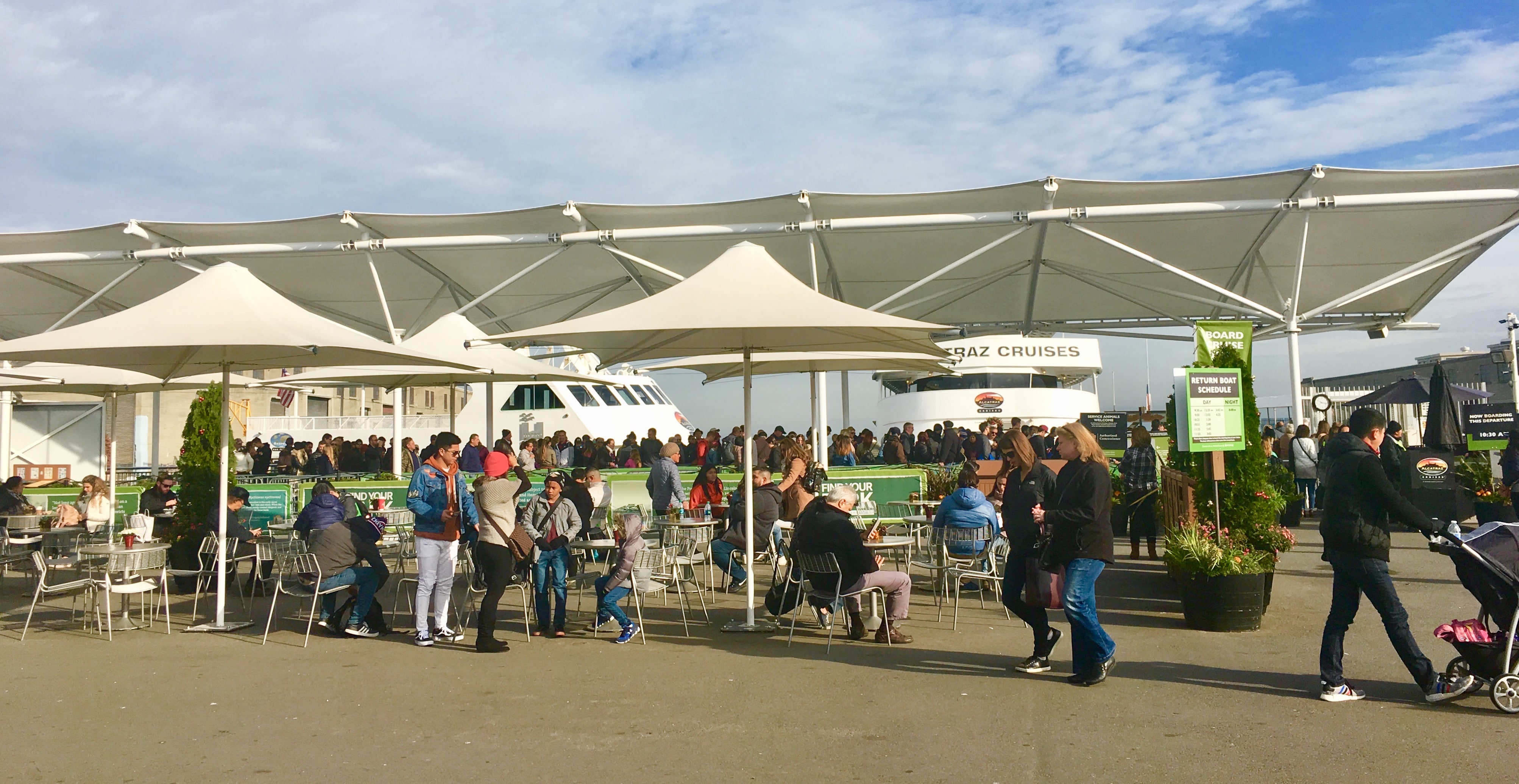 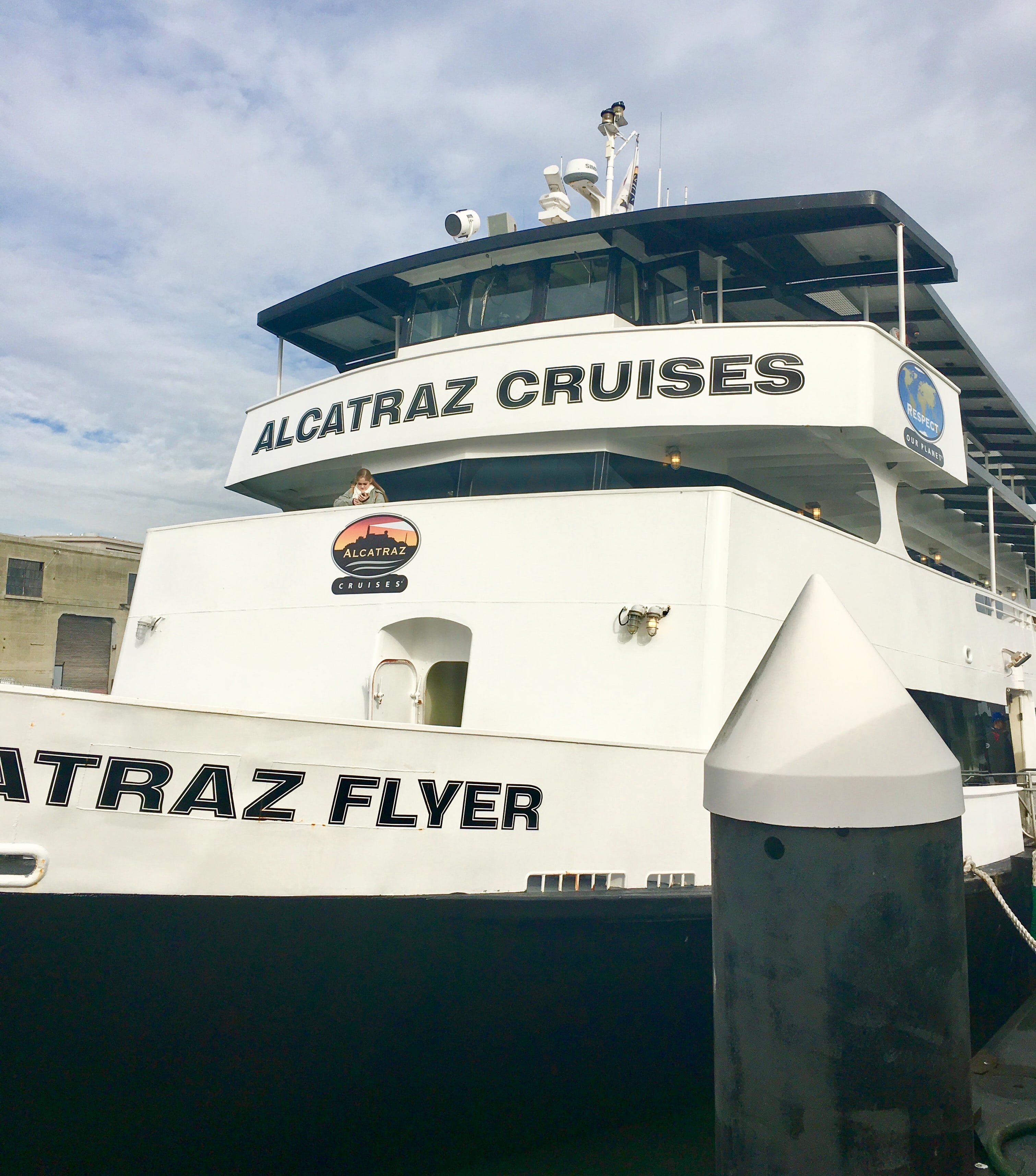 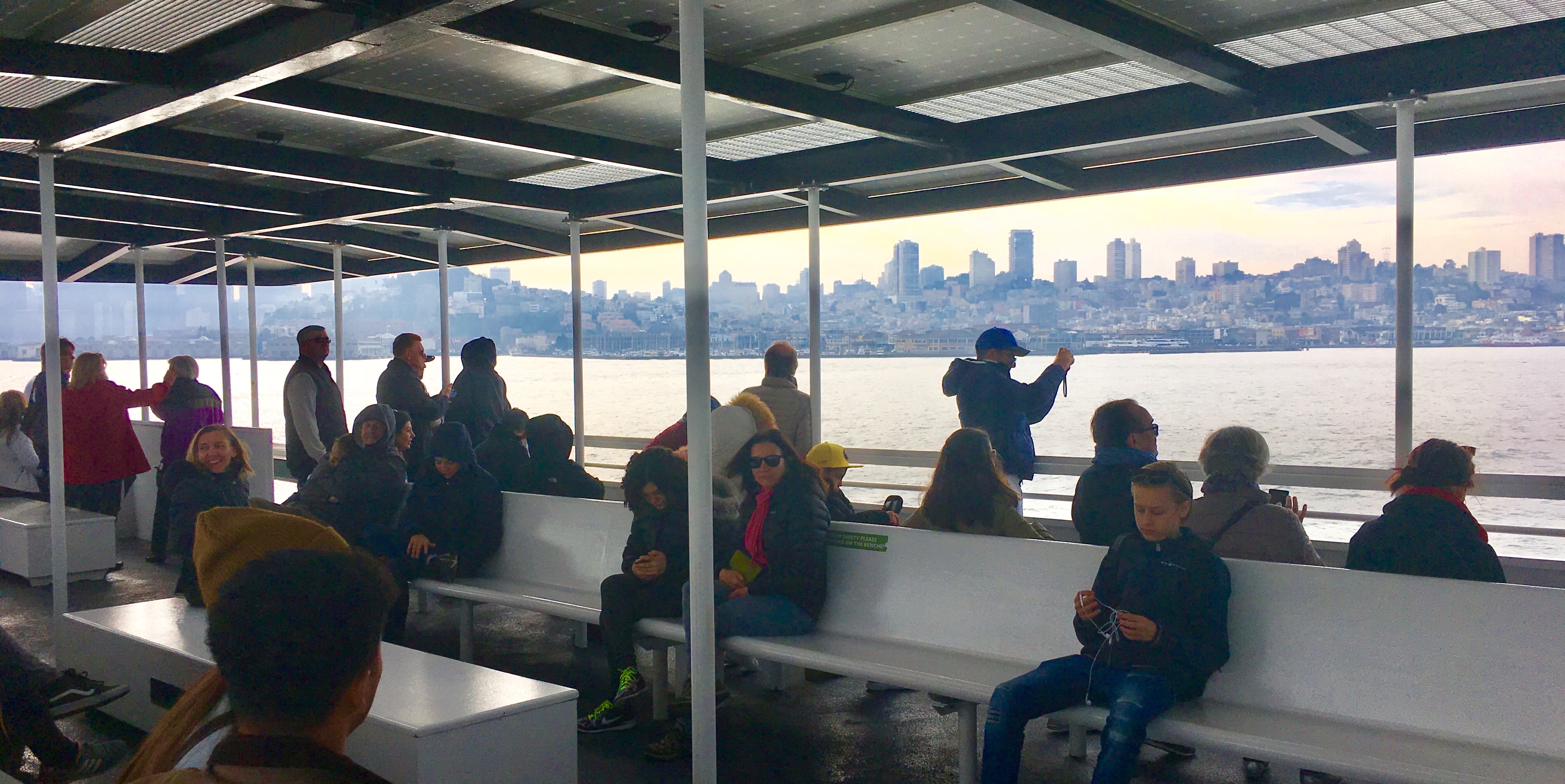 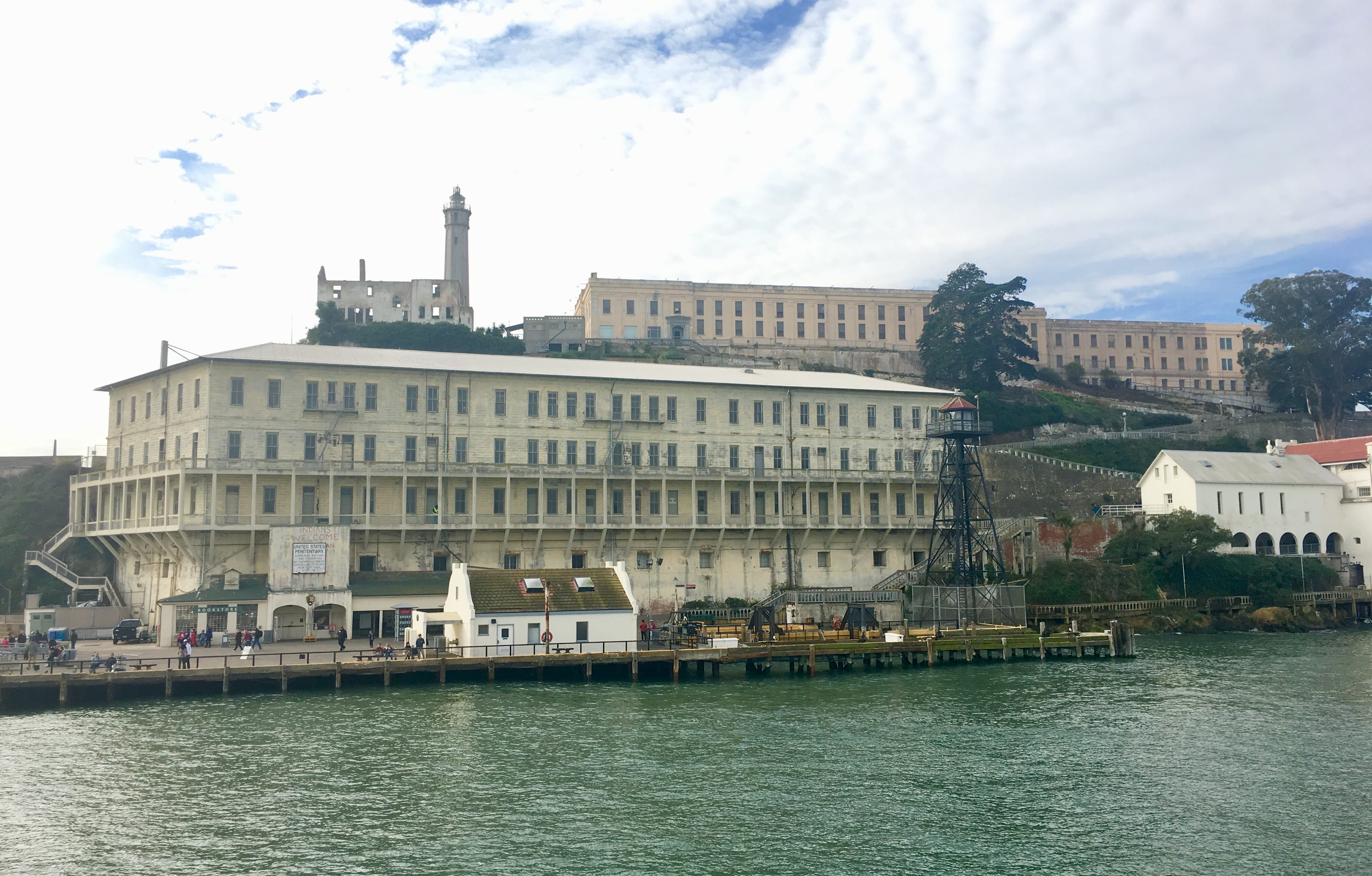 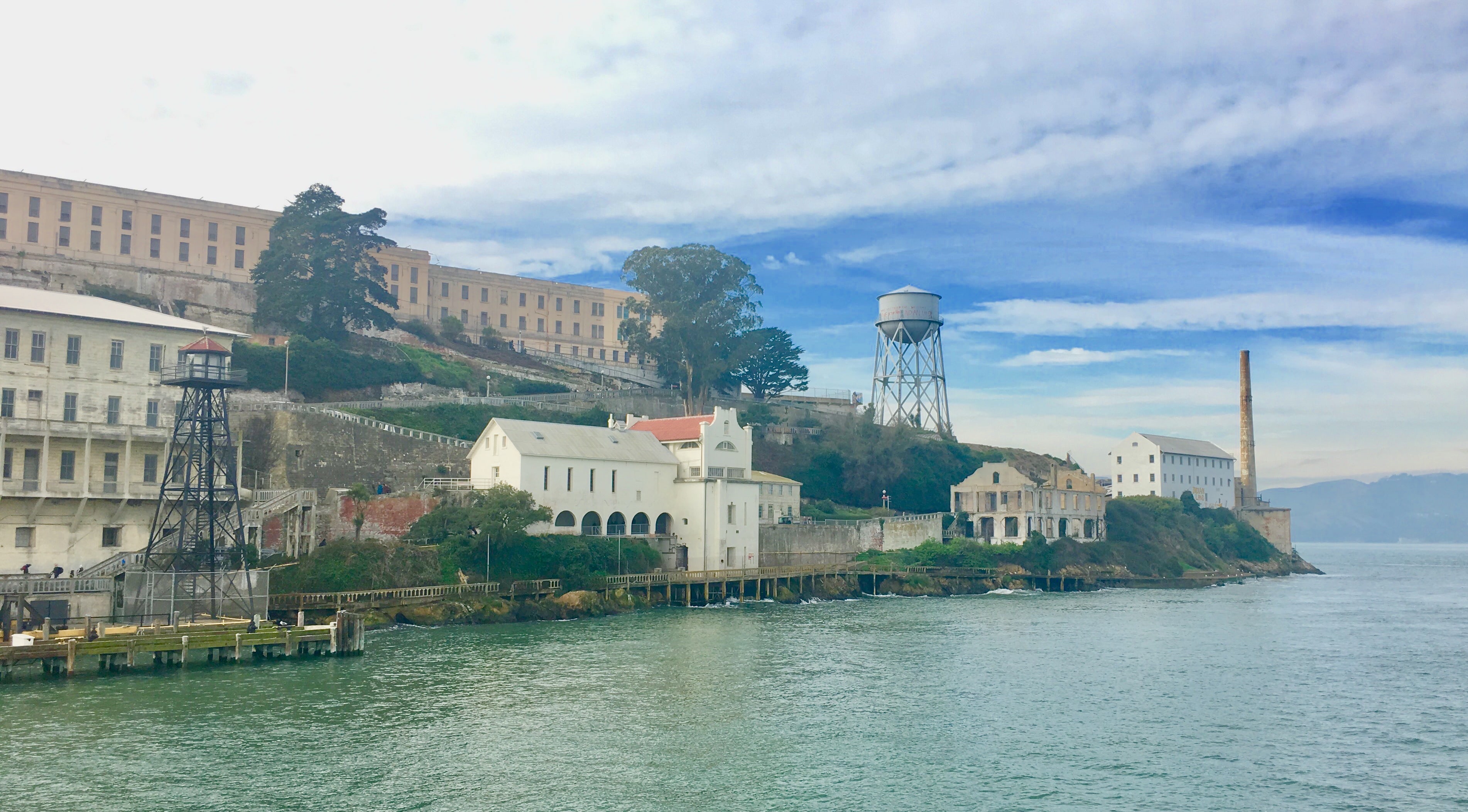 The cruise docks in front of the main entrance near the post office and refurbished book store. Following a short welcome and briefing by an Alcatraz guide, visitors head up the hill to the entrance of the prison. En route, you will pass the water tower, the island’s tallest ‘building’ and important piece of its history given it had no independent water supply until this was built in 1941. Upon entering, I would recommend getting a set of headphones and exploring the facility under the guidance of the ‘Cellhouse’ audio tour. This is usually not my style, but it was super informative and I’m glad I did it. The tour is available in a dozen languages and begins in the former shower area of the prison. 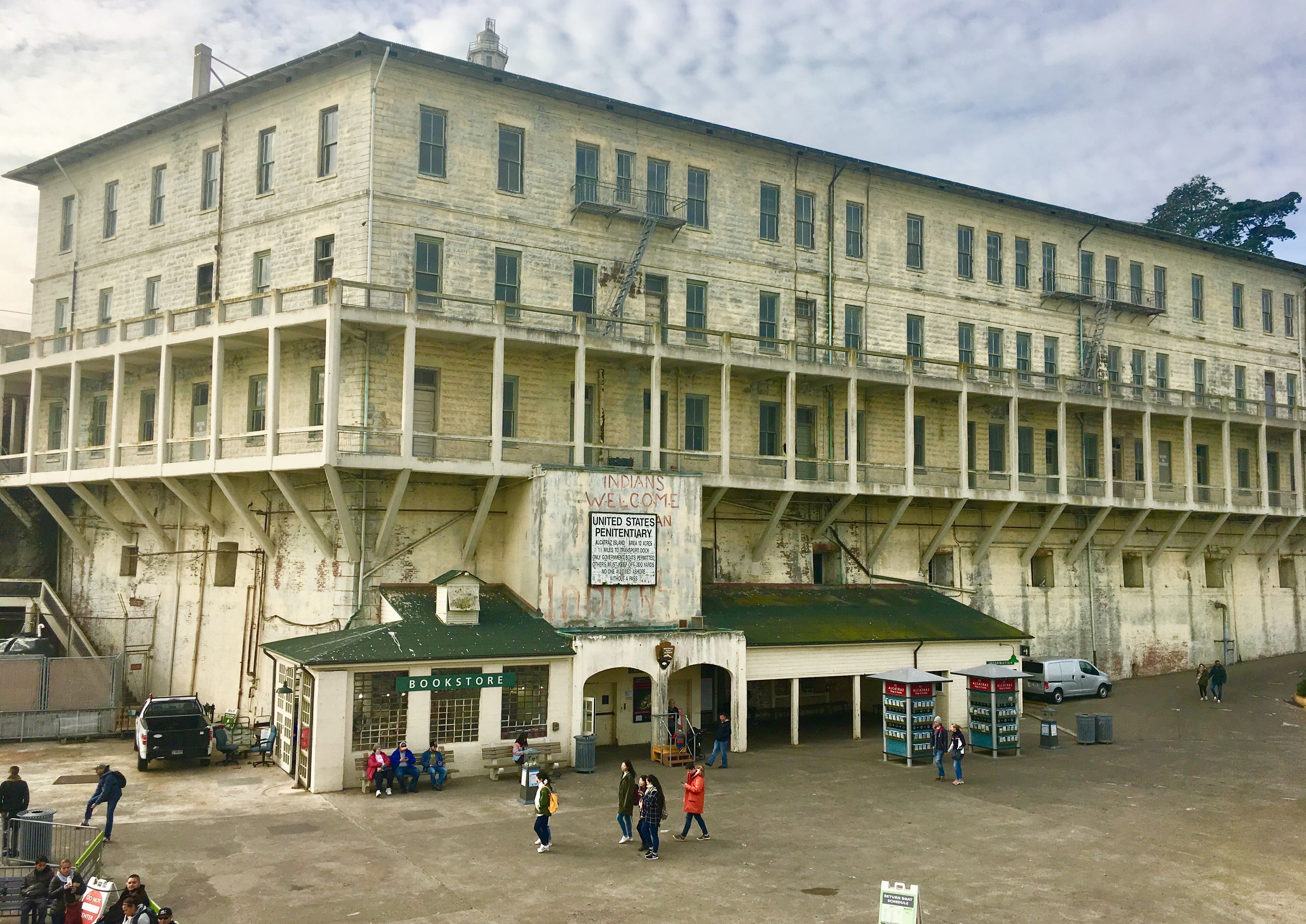 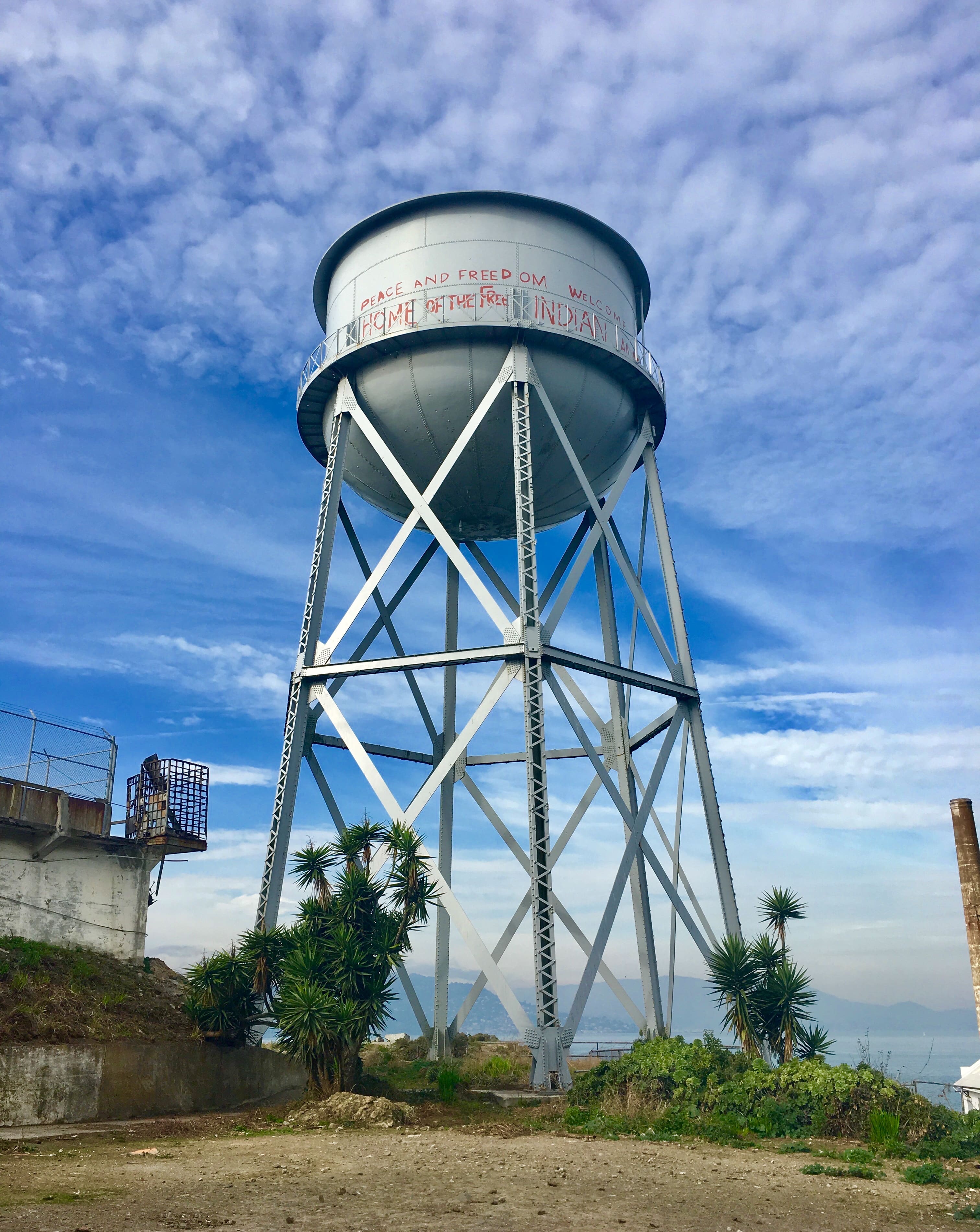 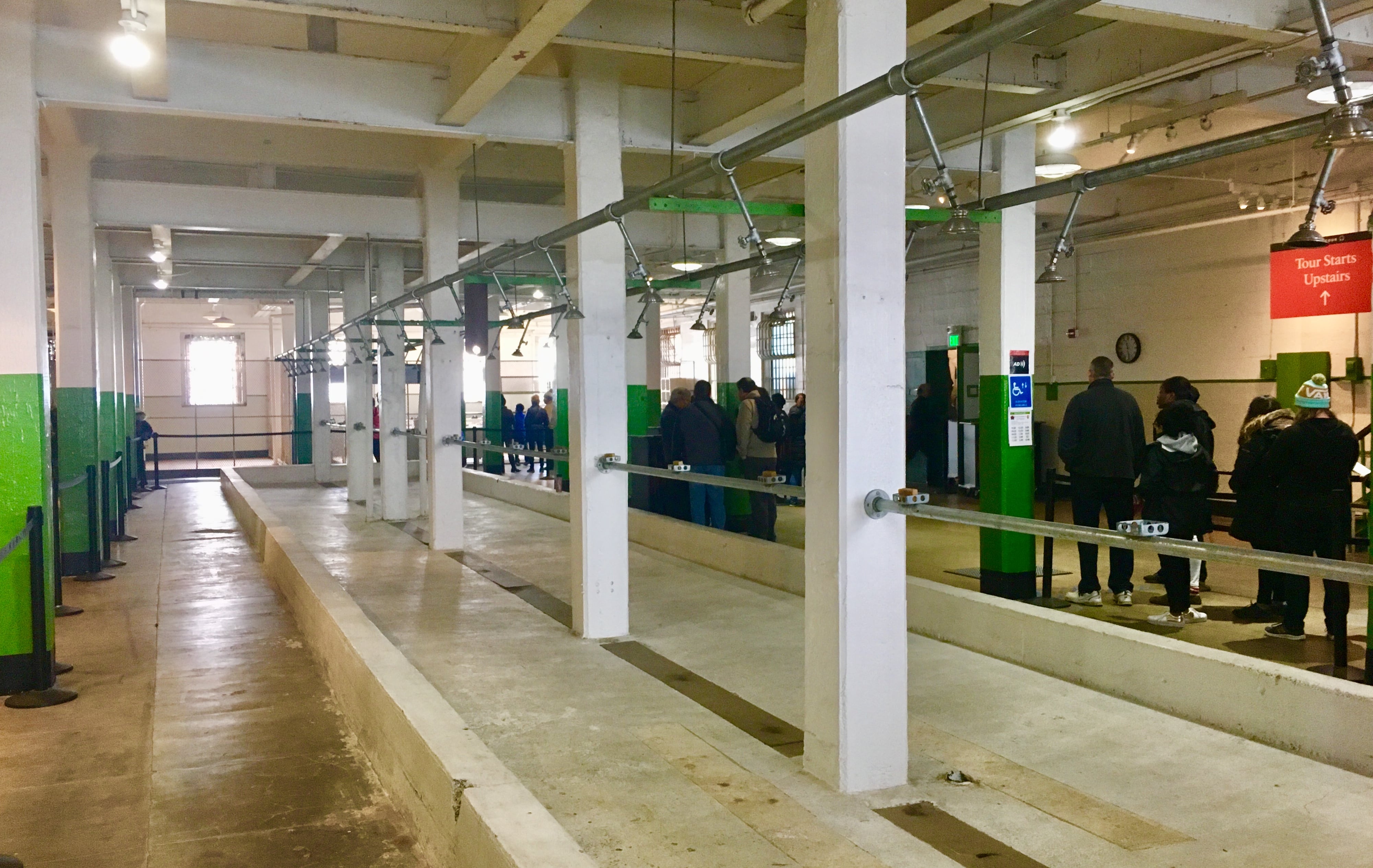 The award-winning audio tour allows visitors to explore the grounds at their own pace while soaking up all of the history and interesting facts about Alcatraz. It details the size of the cells, 5 feet by 9 feet, which is smaller than many modern-day walk-in closets. It allows for time to experience solitary confinement known as ‘the hole,’ an area where the most volatile and resilient inmates would spend 22-24 hours per day completely isolated from other humans. The tour takes you through the library where well-behaved inmates could come to read and socialize. You learn that Al Capone played banjo in the inmate band and about the seemingly endless reports of the prison being haunted. Of course, the tour details the numerous escape attempts from both the inmates and guards’ perspective. It even features the men themselves recalling specific events. Overall, it’s an eye-opening experience and one that cannot be achieved through pictures or videos. An in-person visit is necessary to absorb a true sense of the facility. 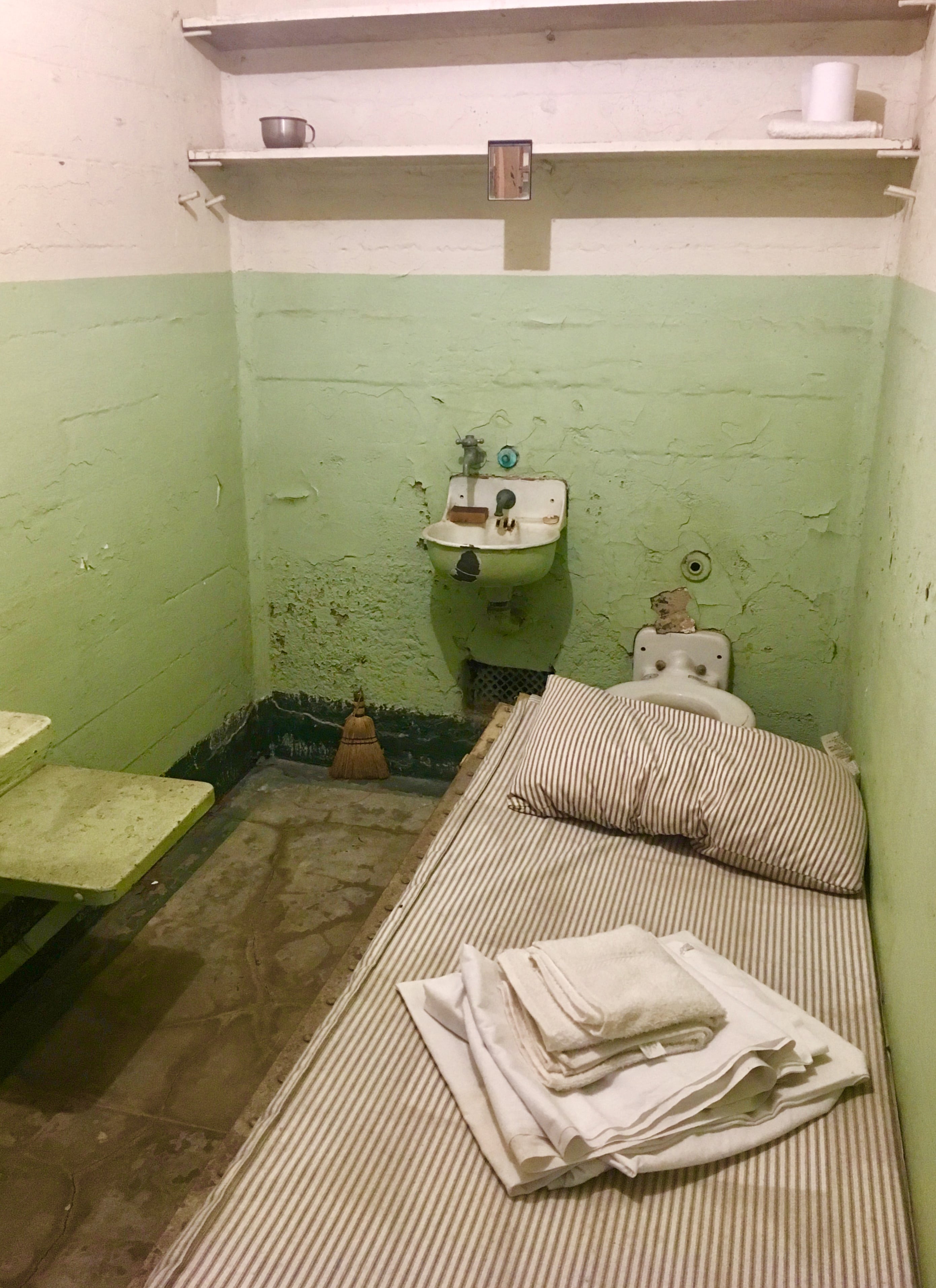 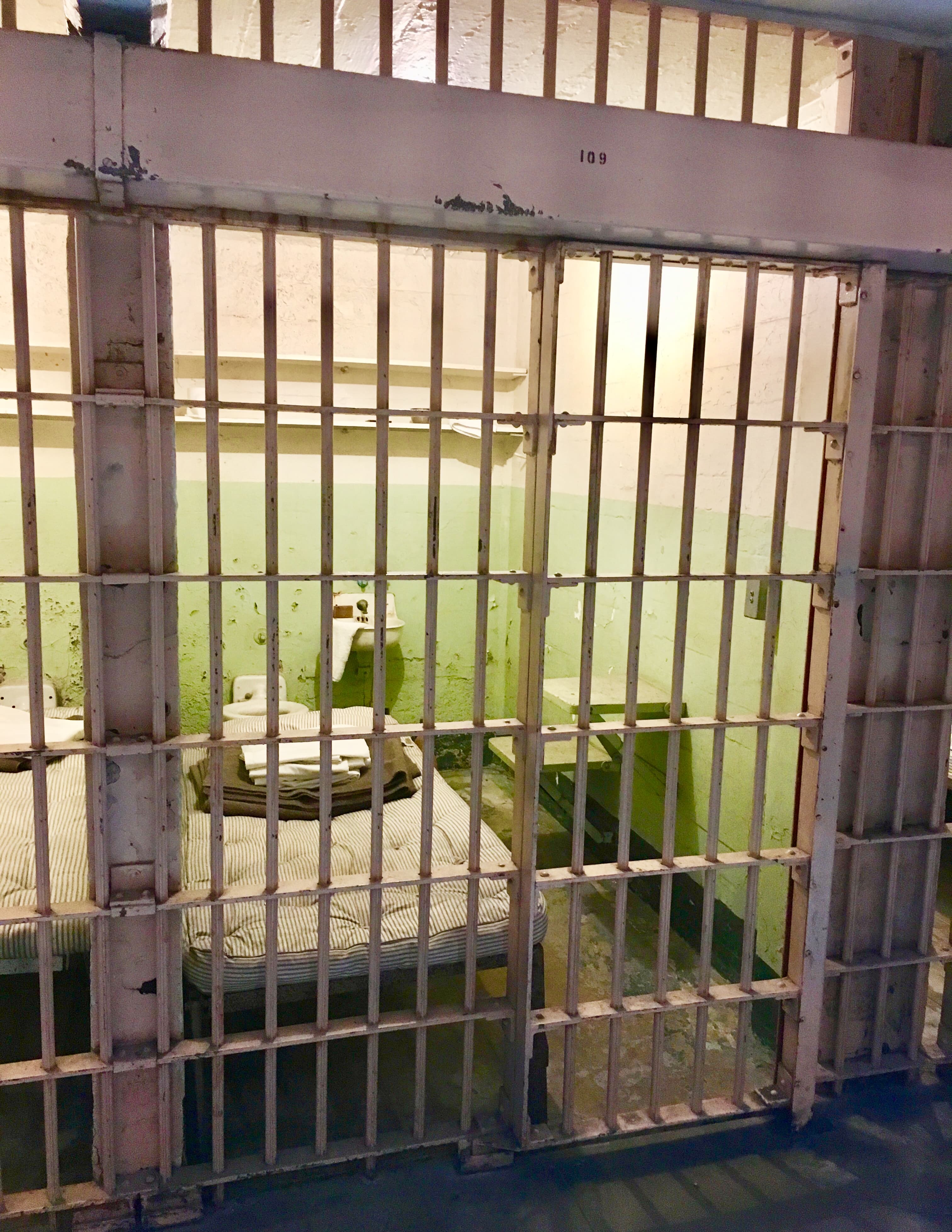 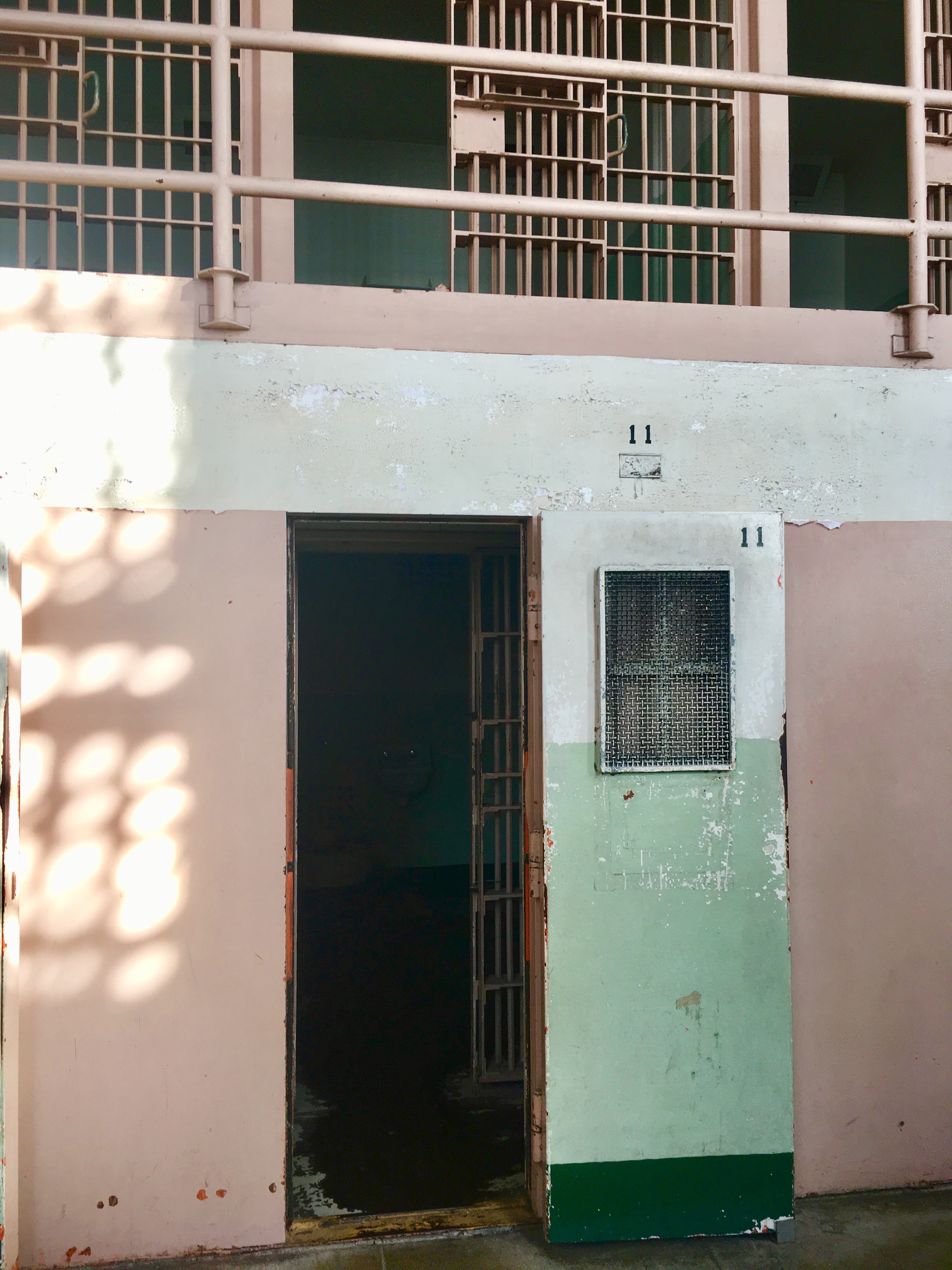 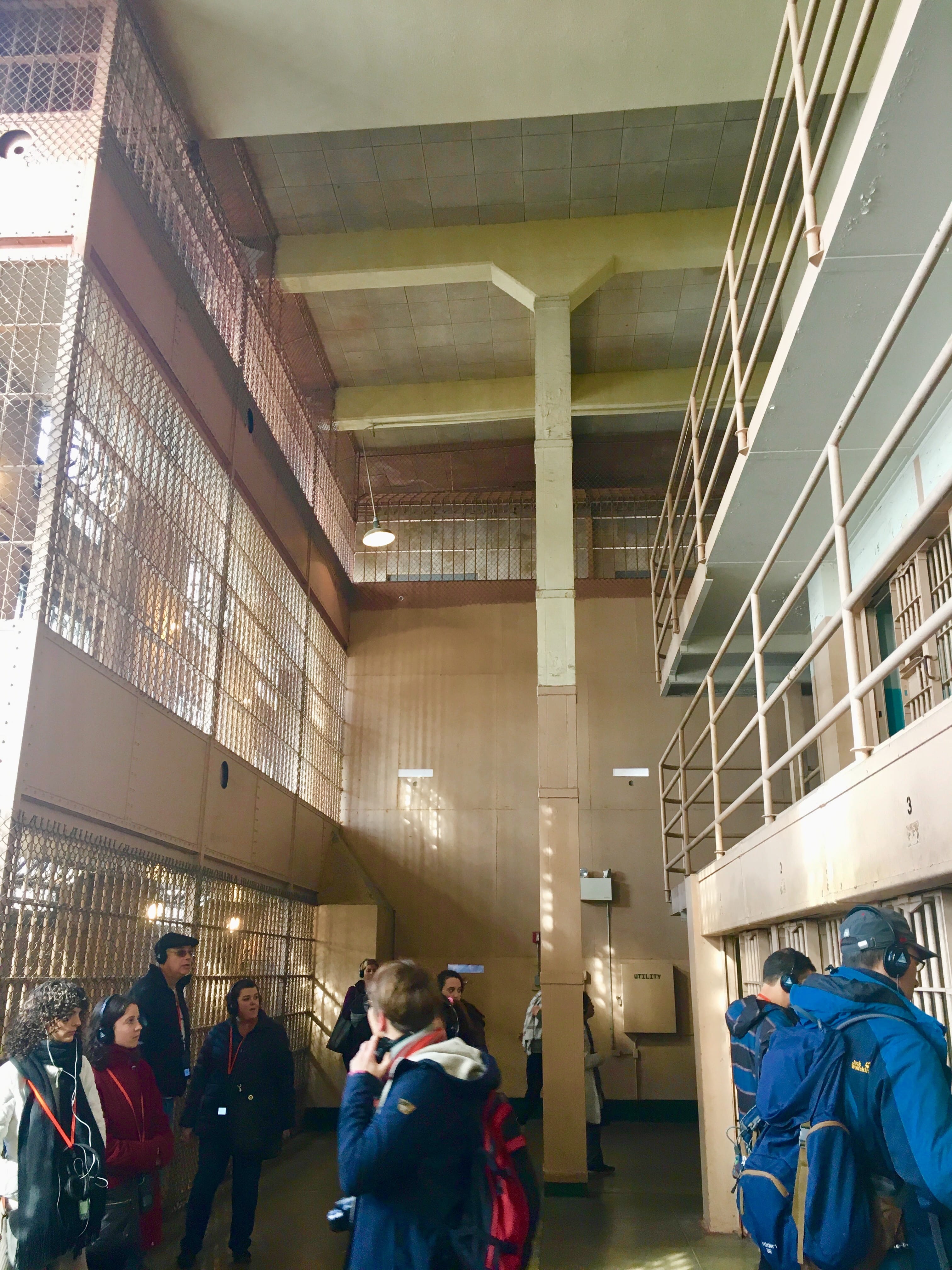 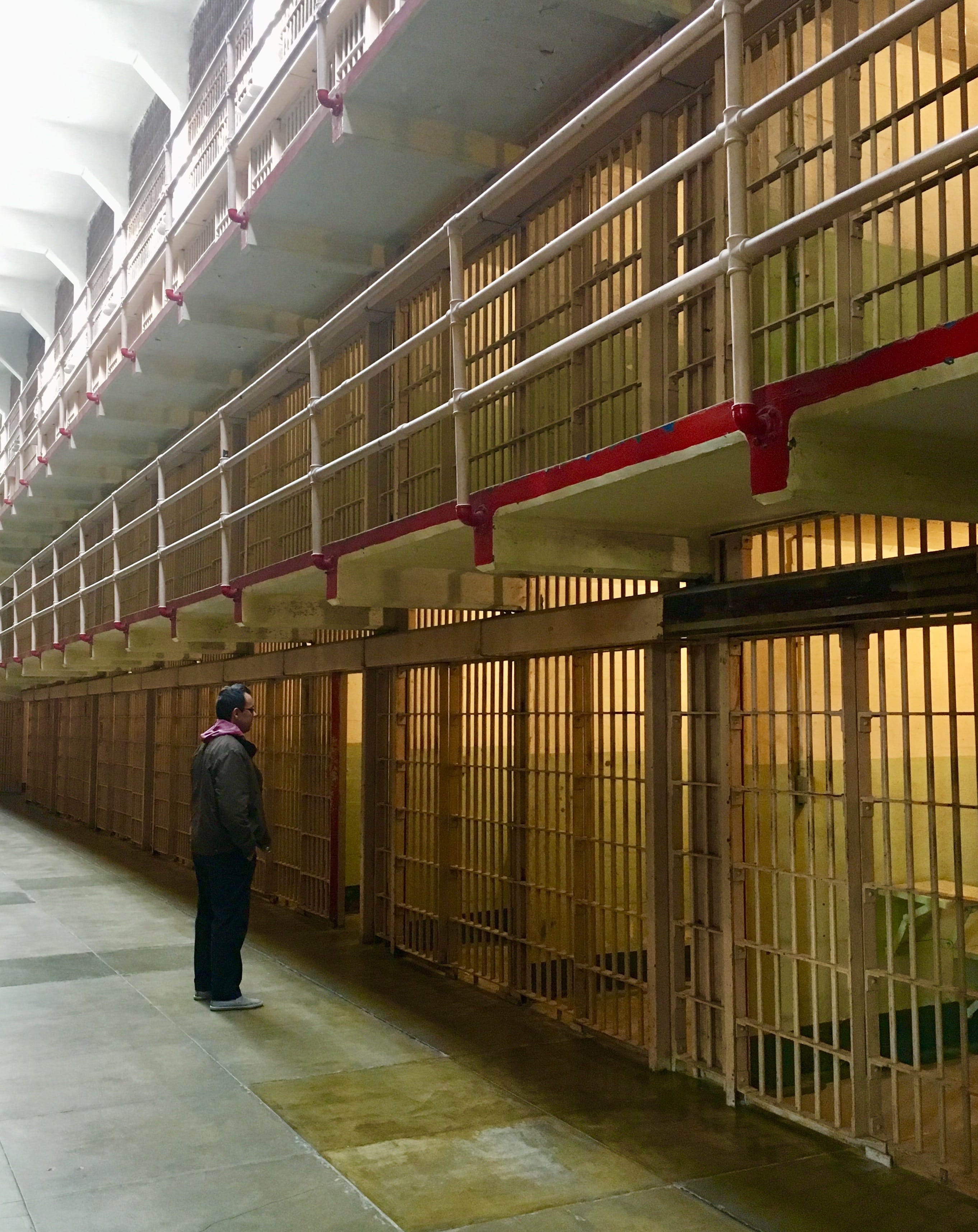 Near the end of the visit, one of the staff was doing a demonstration of ‘the slammer.’ All cell doors are linked together, meaning they simultaneously open and close creating a loud bashing sound throughout the hallways. As disturbing as this may be, it is reported than many prisoners came to find it peaceful. To them, it represented a feeling of general safety and, more specifically, bedtime.

The top of Alcatraz provides a gorgeous view of nearby San Francisco, something that became a tease for inmates. It is said that at night, the music and partying noise from the city would travel 2 kilometers across the San Francisco Bay and could be heard in the cells. Apparently New Year’s Eve was always the loudest. 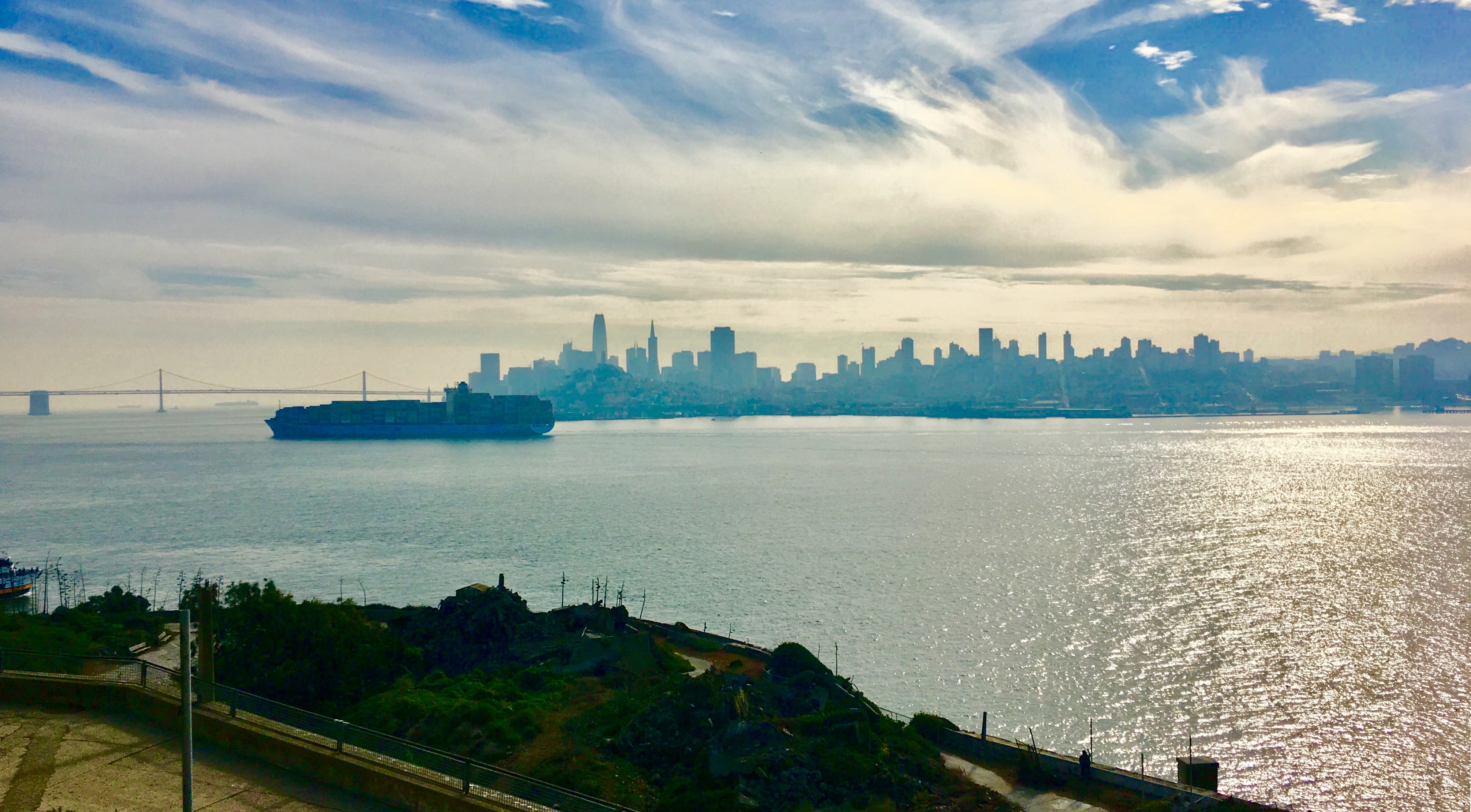 A trip to Alcatraz leaves a lasting impression. Its infamous role in American history has solidified its place as one of the most visited attractions in the country. The entire round-trip visit can be done in a few hours and is one of my best travel memories from the US west coast. If you’re in the area, I would recommend finding a place for it in your itinerary.

Have you been to Alcatraz? What did you think?