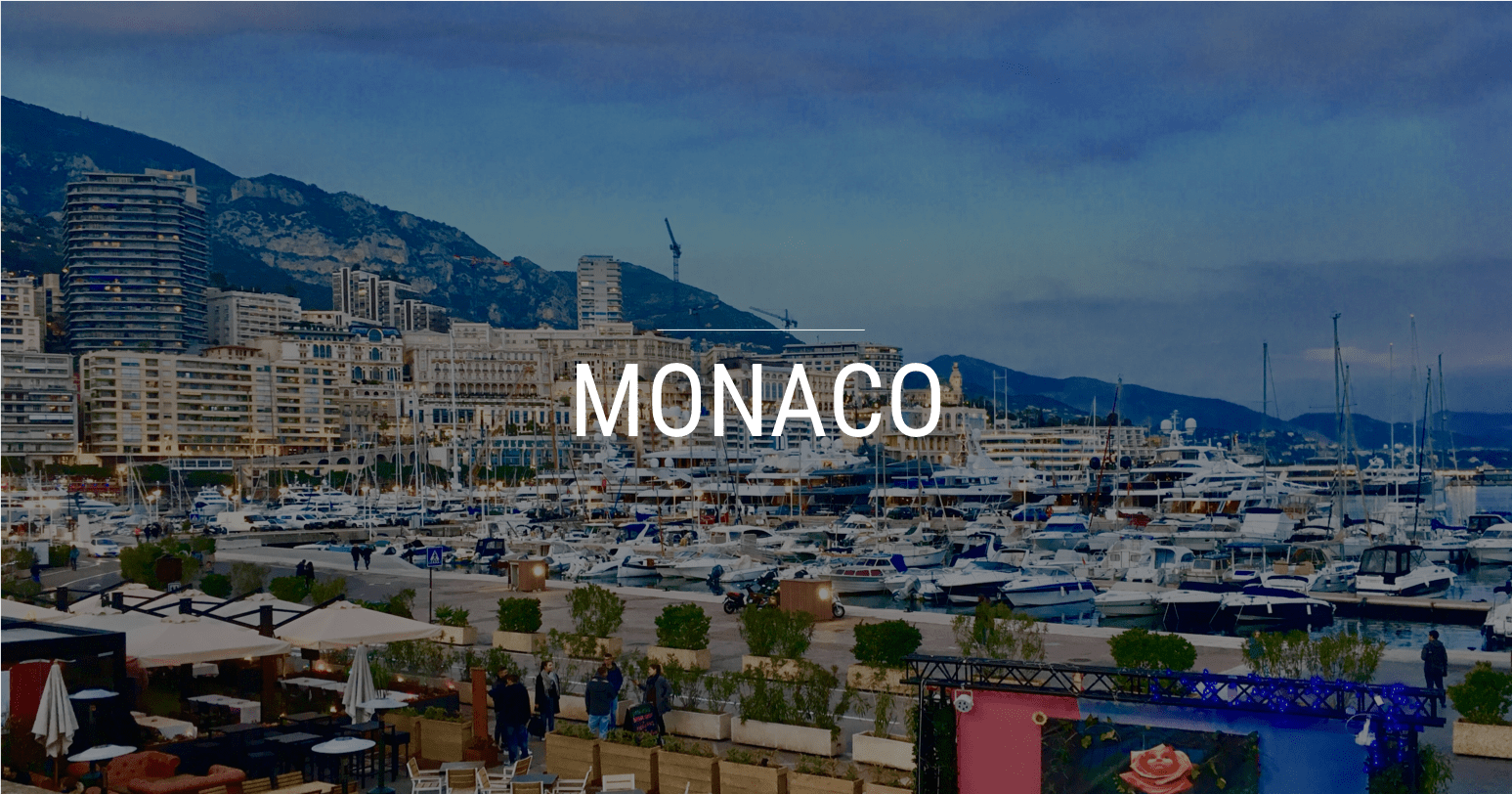 | 🇲🇨| Monaco is a French Rivieran spectacle. Although smaller in area than New York’s Central Park, this tiny, billionaire’s hideout is a cherished haven for the rich and famous. Set on the Mediterranean coast and surrounded by France on all three other sides, the principality is entirely urban and one of the most densely populated per-capita places in the world. Whether you’re after James Bond casinos or Sebastian Vettel race cars, Monaco’s flare is off the charts and will unquestionably emerge as a highlight of any trip to the region.

In late 2017, my friend Selena and I set out on a six-day, western Europe road trip. We began in Barcelona and finished in Milan, with overnights in Andorra, Marseille, Monaco and Florence. Although road trips are often a pricier way to explore (especially when you book a one-way rental car, and even more so when you return the car in a different country), it’s hard to beat the flexibility of doing everything at your own pace. On this trip, we also visited Carcassonne, Nice, Cannes, Pisa, San Marino and Venice, an itinerary that would have taken at least twice as long by public transit.

In addition to covering a lot of ground, having a car allowed us to tailor the trip exactly the way we wanted. Since our travel dates ran from December 27 to January 3, one of the biggest questions was where to spend New Year’s. Although I’m confident Barcelona and Marseile and Cinque Terre all throw killer parties, the idea of New Year’s in Monaco was too exciting to pass up. Don’t you agree?

We spent the morning of December 31 wandering through both Cannes and Nice. We then continued 30 minutes east across the mountainous coast to Monaco. As I’m sure you can imagine, finding a place to stay in Monaco for New Year’s Eve was tricky. Through some creative hotel booking, we managed to get one of the last available rooms at the Monaco Marriott, a property that is technically in France but only a few steps (literally) from the ‘border.’ As we arrived the hotel and entered their underground parking garage, the caliber of cars was a jolting reminder of where we were. Despite the soaring threshold for swanky automobiles I’ve developed through six years in Singapore, it was as impressive of a display as I’ve seen. 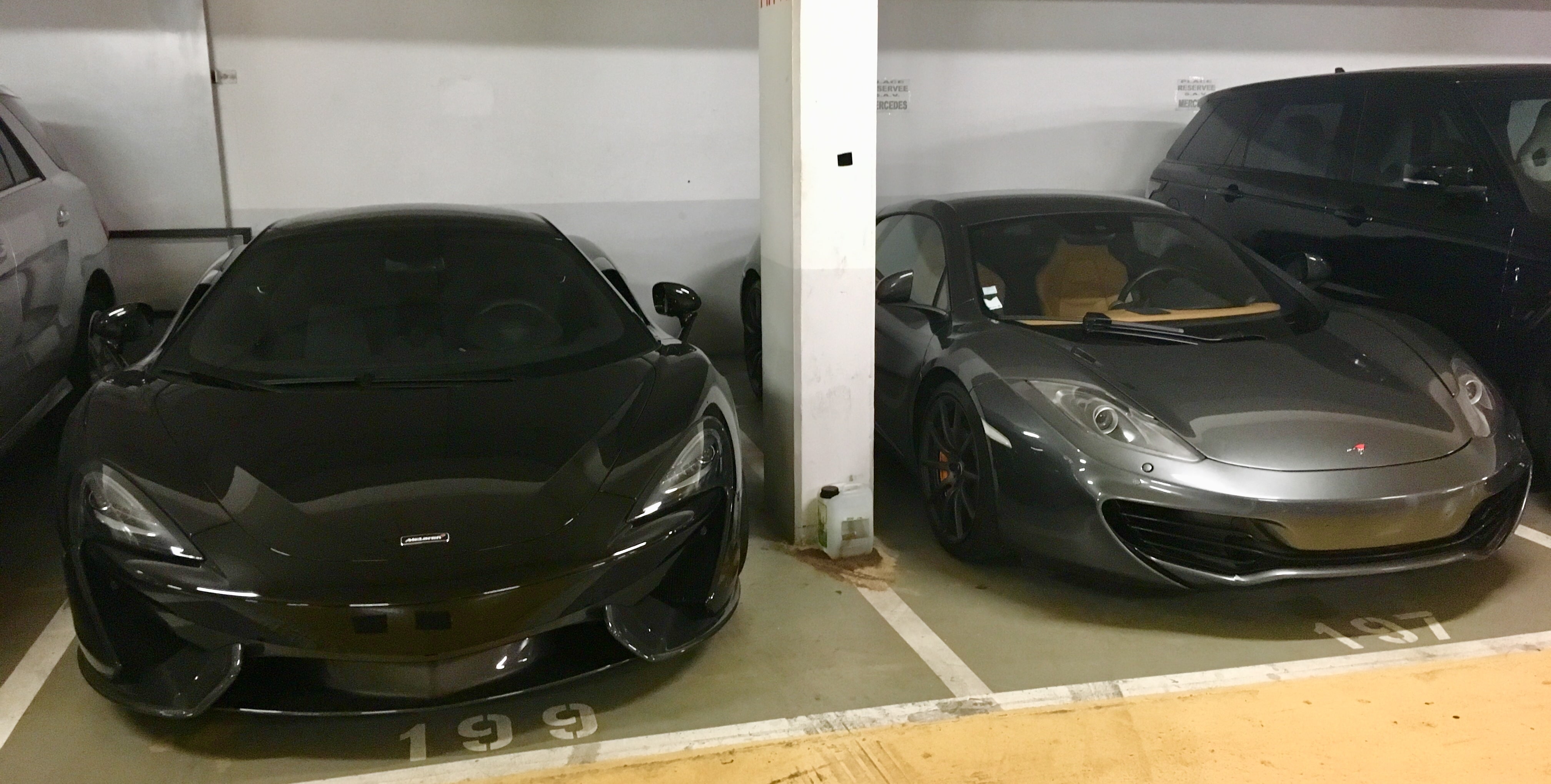 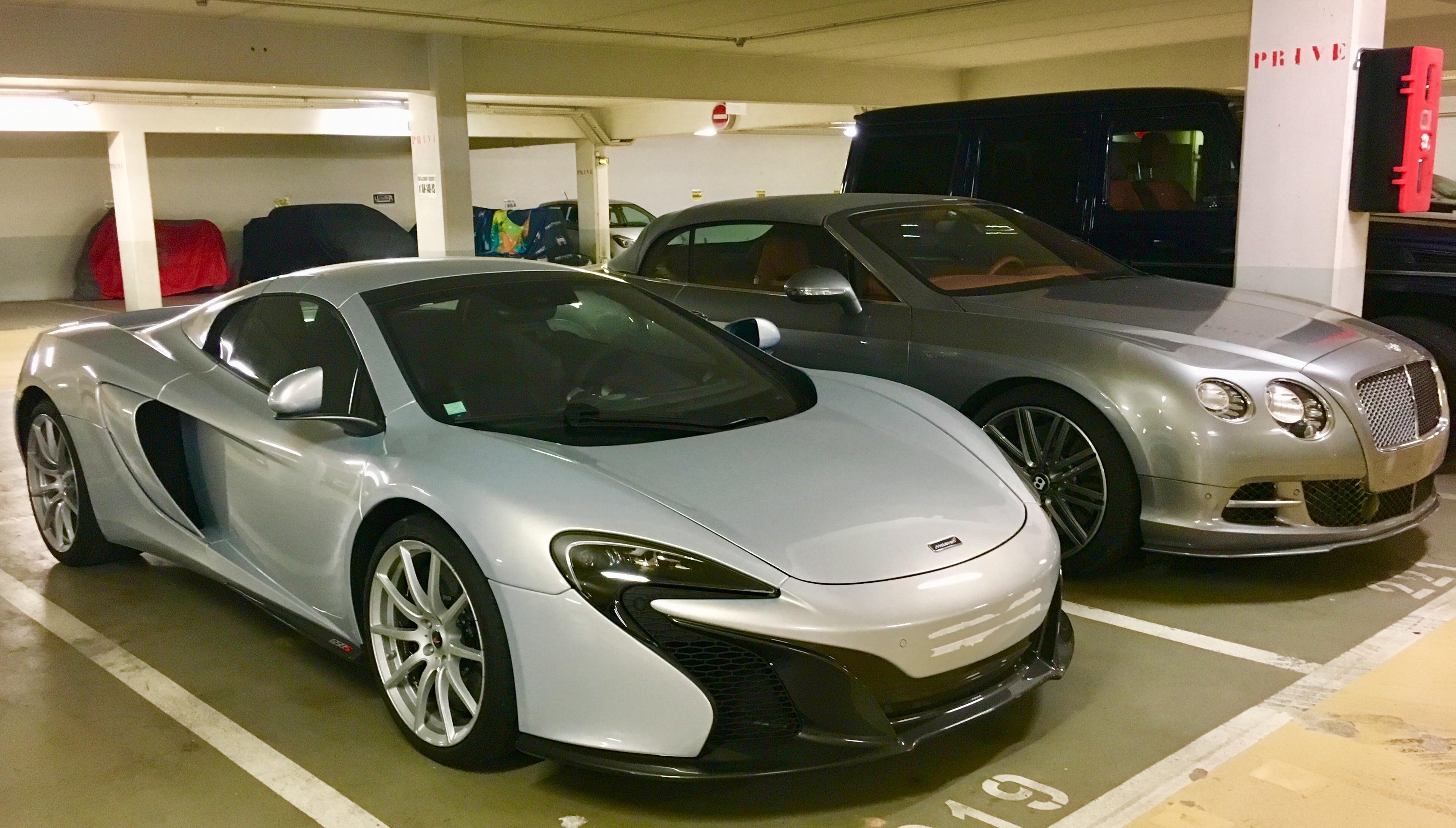 We quickly dropped our bags in the room and set out to explore the city. We decided to go on a jog, something I always try to do when traveling. It’s efficient – you get in some exercise while simultaneously seeing more of a new place than you would by just walking. We weaved through the narrow streets before ending up at Monaco’s Christmas market. It was in full swing and the backbone of a terrific setting near the Port Hercule harbor. 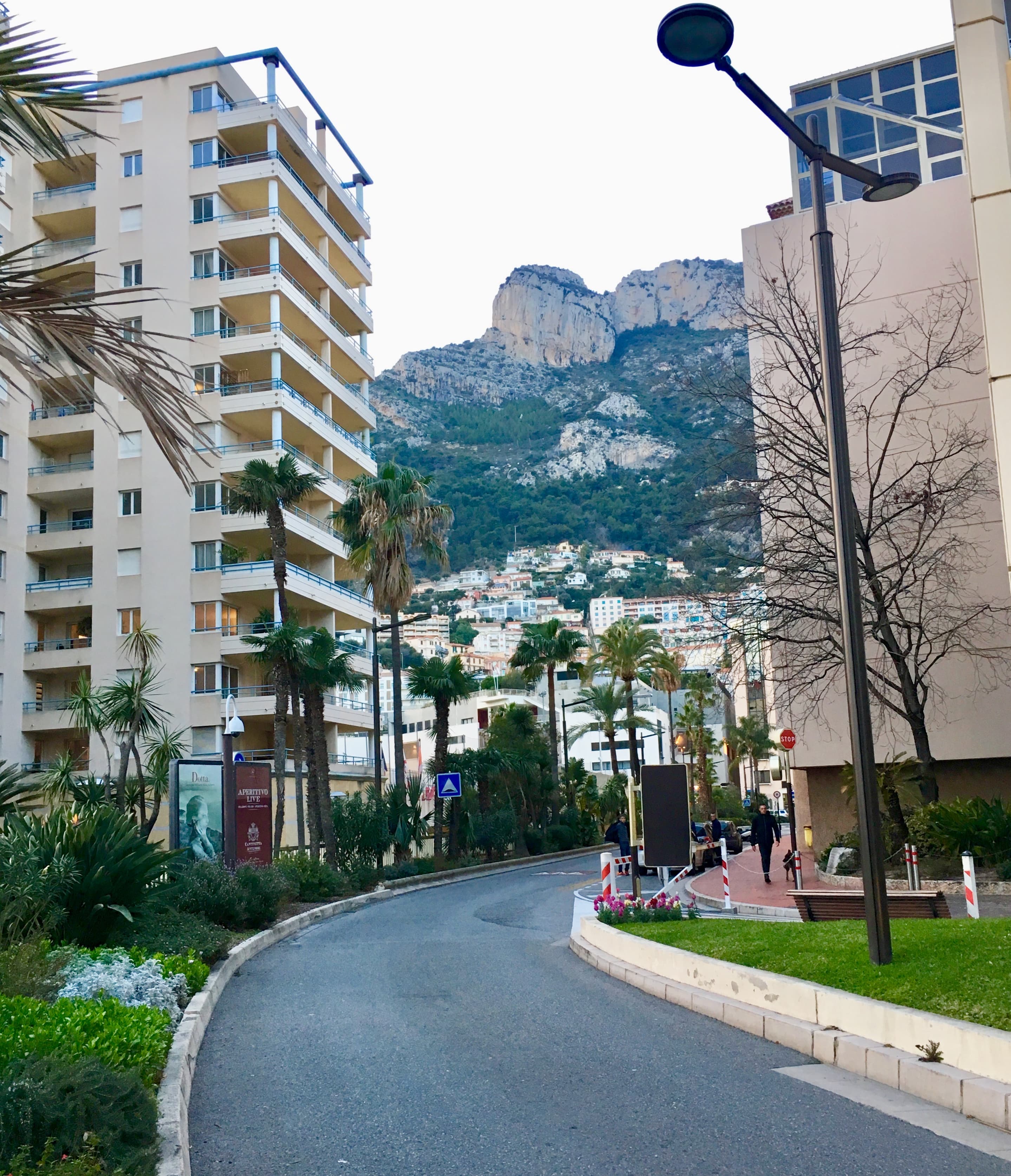 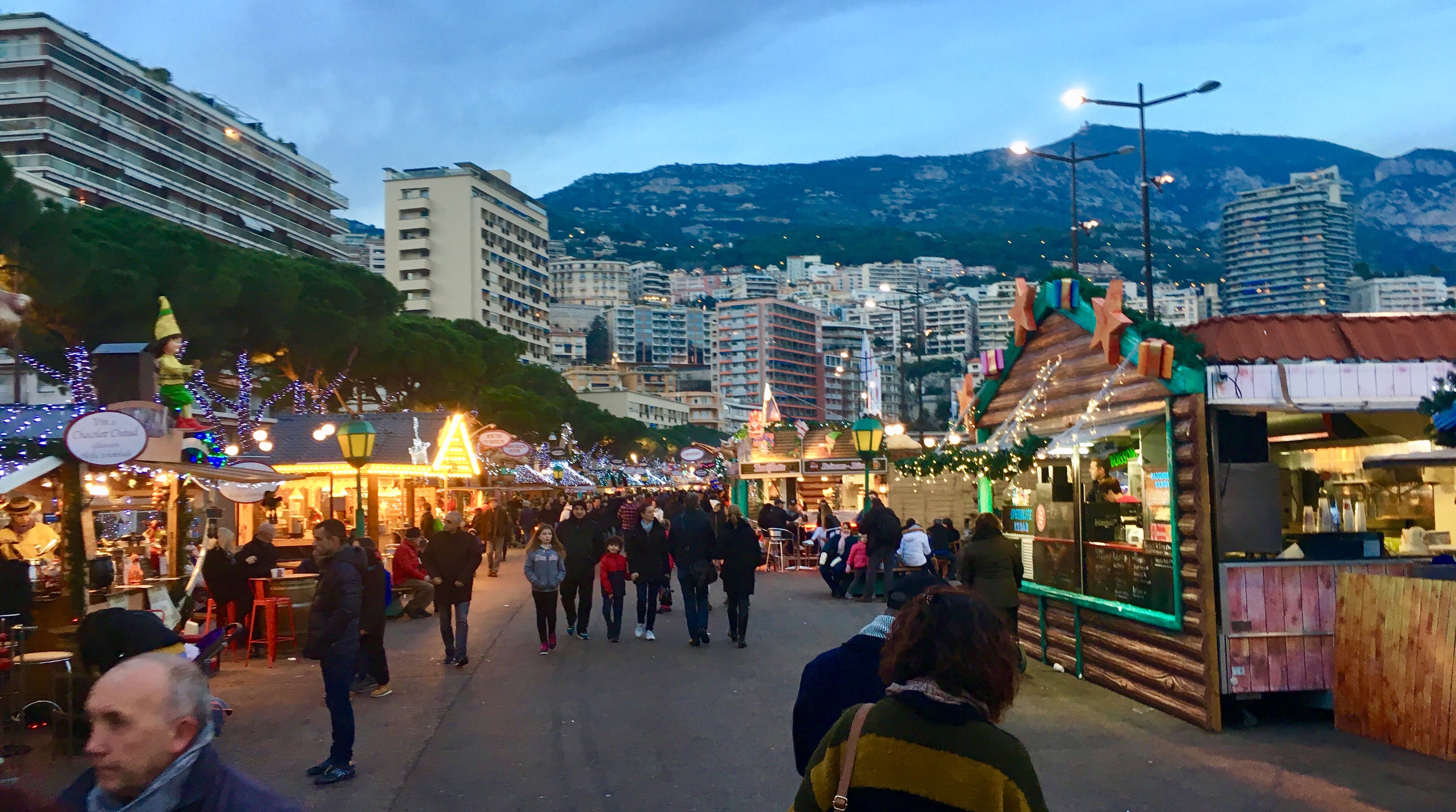 After getting cleaned up at the hotel, we caught 6pm mass at St. Nicolas Church followed by dinner at Stars ‘N’ Bars Sports Café. I was a little doubtful about the place given the unoriginal and ‘chain-esque’ name, but it received decent online reviews and touted the best burger in Monaco. It was also one of the few restaurants open on New Year’s Eve. Thankfully, both the food and atmosphere proved to be on point and combined for a comfortable last meal of 2017. Following dinner, we walked around the harbor and up the Avenue d’Ostende hill to the world-famous Casino de Monte-Carlo. Built in 1858, the iconic landmark has appeared in several movies and TV shows and become Monaco’s main tourist attraction. We spent a few minutes inside the casino observing the high rollers black jack table and learned that Monegasques (Monaco locals) are actually banned from entering the casino in an attempt to prevent them from developing a gambling addiction. The entire building and surrounding area was dressed up in Holiday decorations. 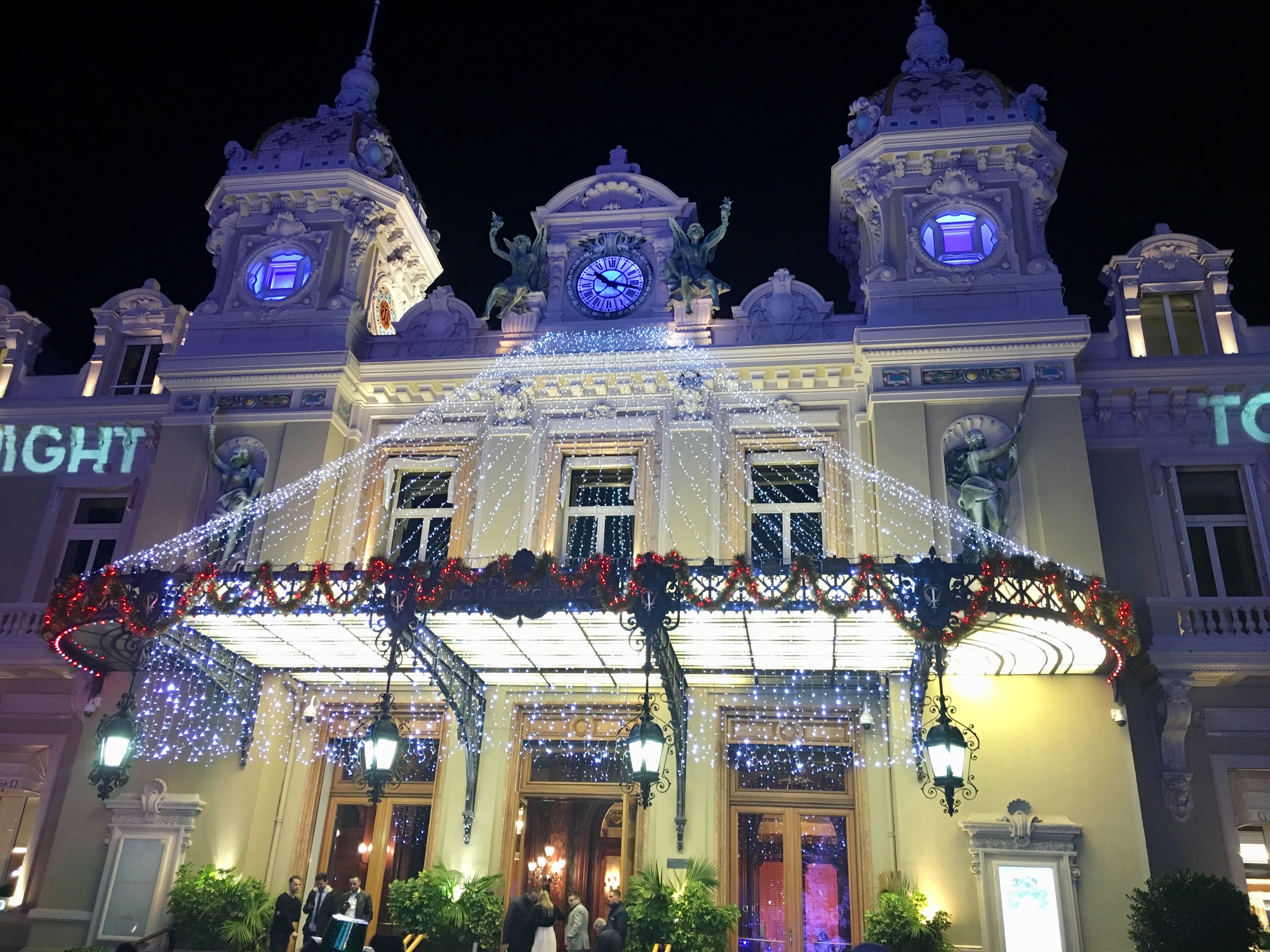 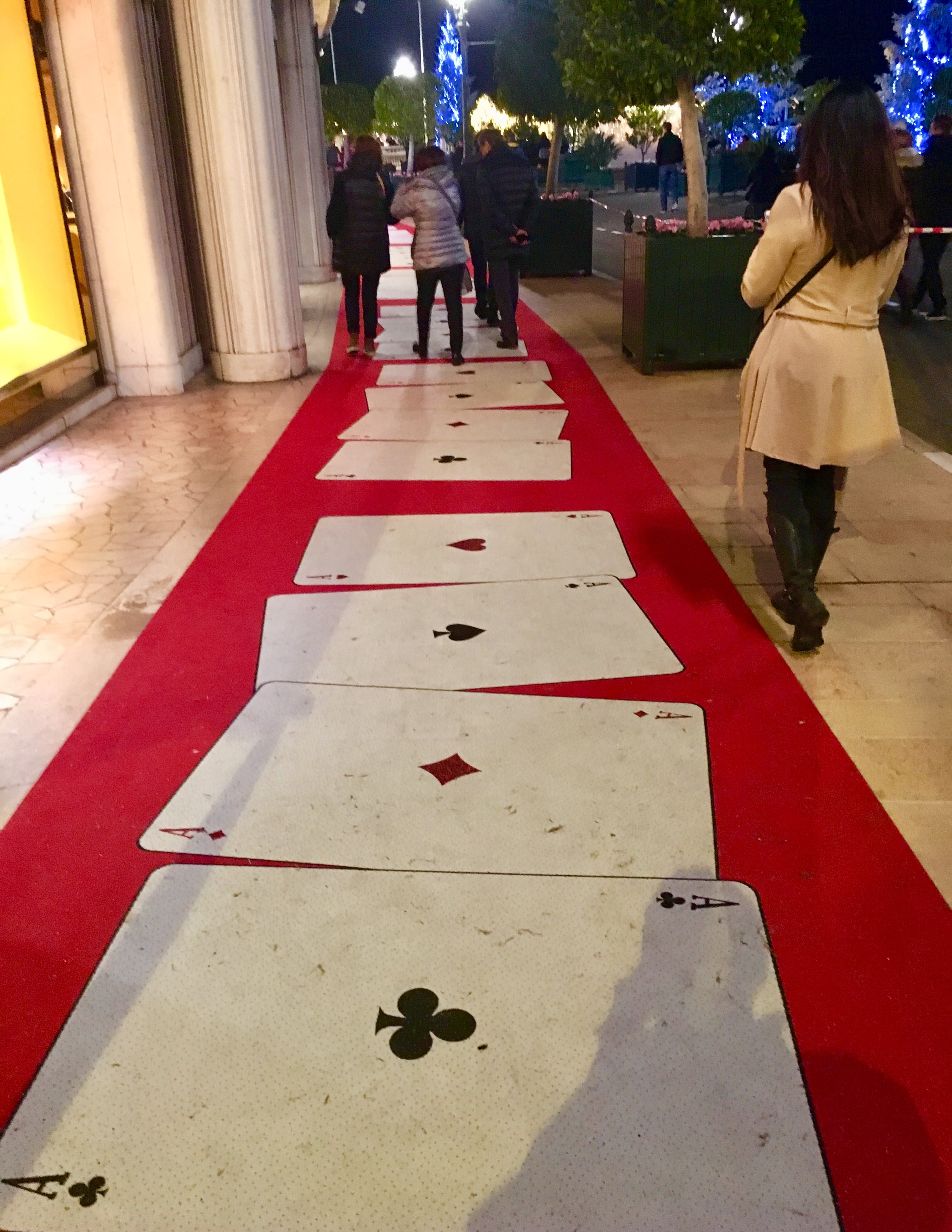 With midnight approaching, we made our way back down the hill to stake out a place to watch the fireworks. We stopped en route at a small supermarket to buy a bottle of champagne. The streets were flooded with people anxiously preparing for the celebration. We posted up on a walking path at the base of the harbor, which became more crowded as the minutes passed. As the 30-second countdown began, every street light in the city shut off, an action that was well-received by the roaring crowd. I suppose it’s easy to coordinate something like that when your entire country covers an area of only 2 km2. As the clock struck midnight, fireworks shot from a barge anchored in the harbor. In addition, the docked cruise ships laid on their horns creating a sound that echoed in spectacular fashion off the surrounding mountains and through the busy streets. I had goosebumps and couldn’t help but conclude that 2018 was going to be a great year.

The festivities continued well into the early hours of morning. We bought some tasty brioche and enjoyed the live music and dancing. There was an ice rink set up but I unfortunately didn’t have skates with me and didn’t feel like testing out the rentals. We wandered until about 2:30am before making our way back to the hotel for the night. It had been nothing short of a success. 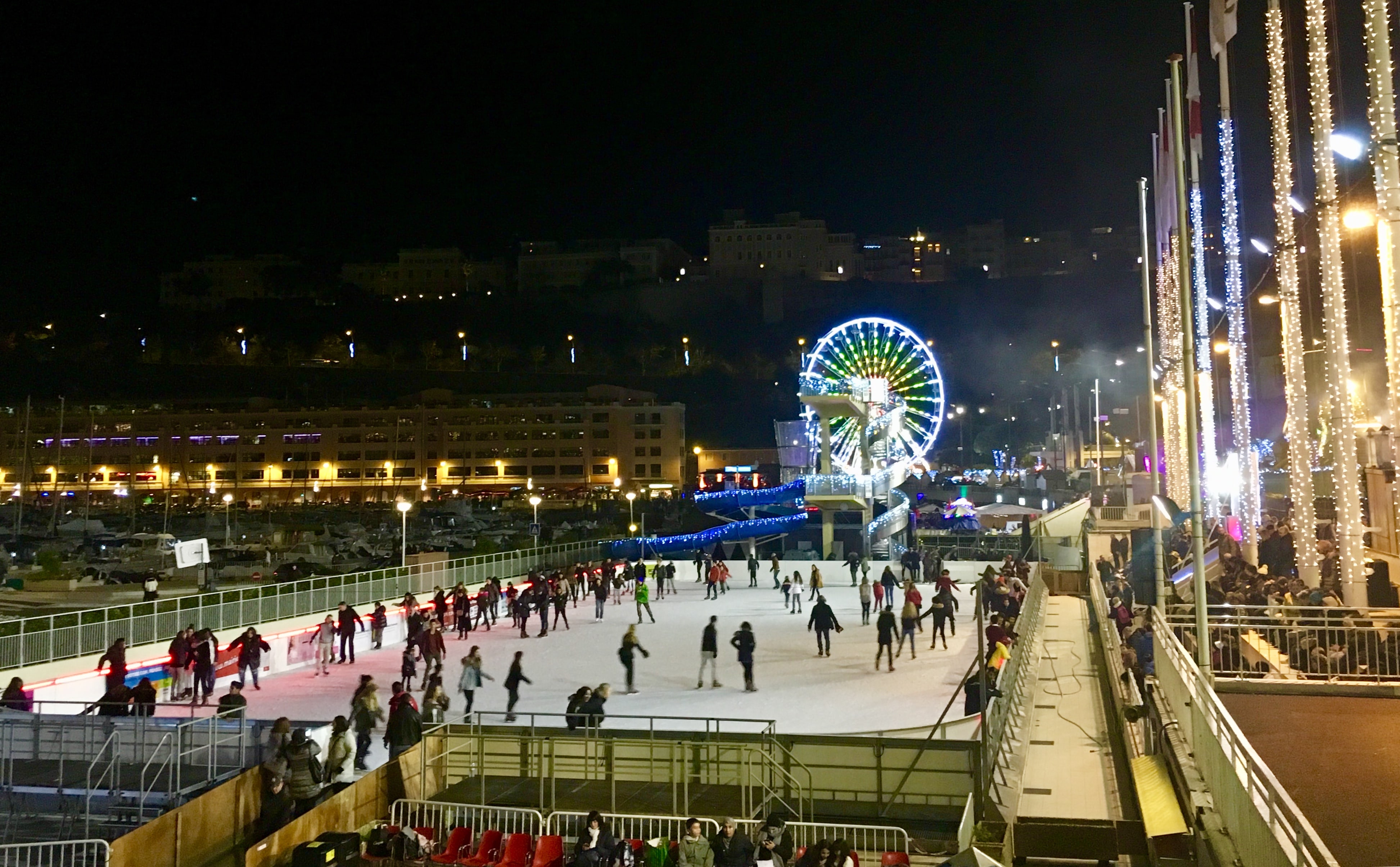 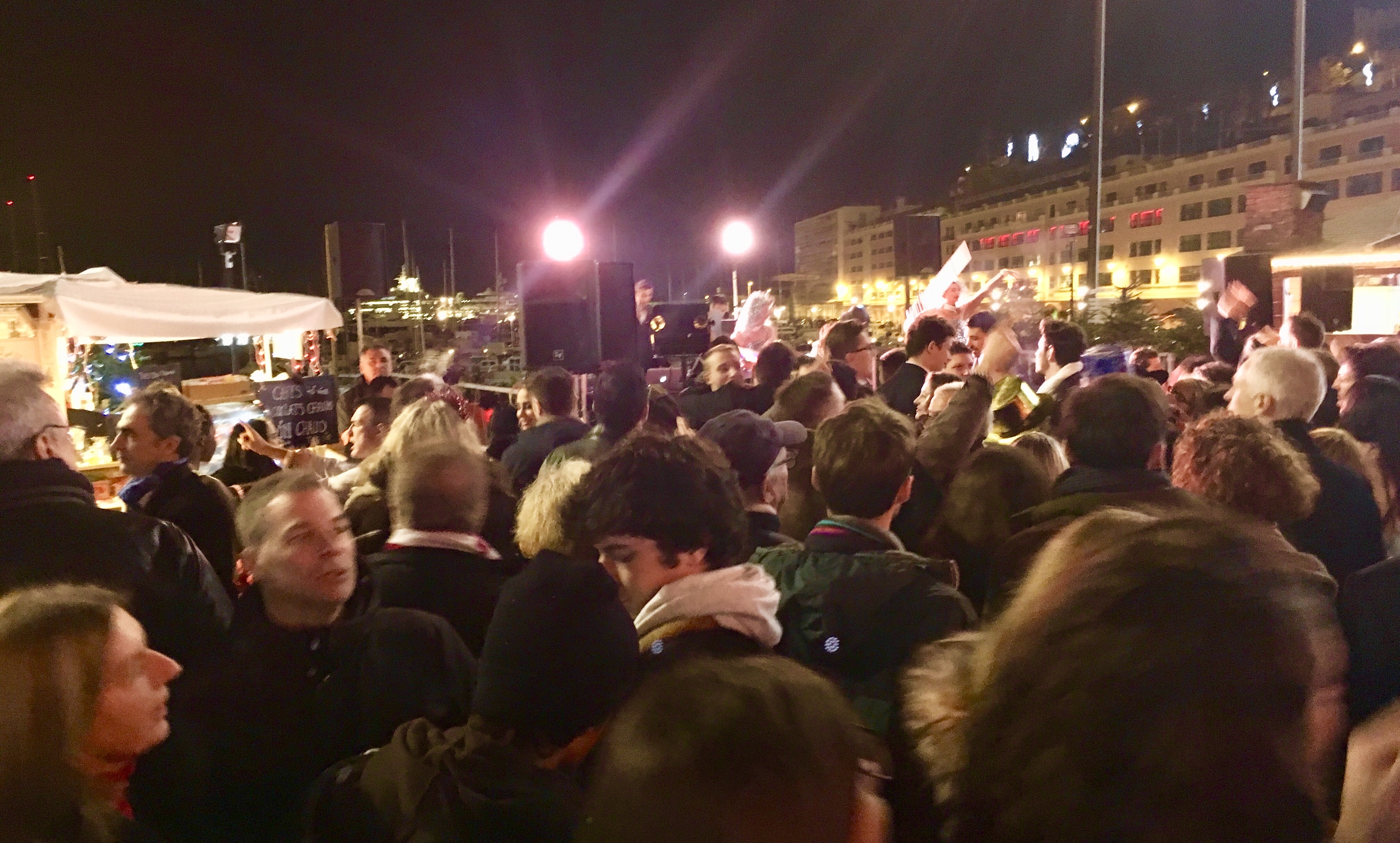 The next morning, we woke up to perfect Mediterranean weather. Our room overlooked the Port de Cap D’Ail marina. Just beyond the yachts was a helicopter pad that I believe is the landing spot for passengers who arrive Nice airport and opt to transfer to Monaco by air versus the half hour drive. 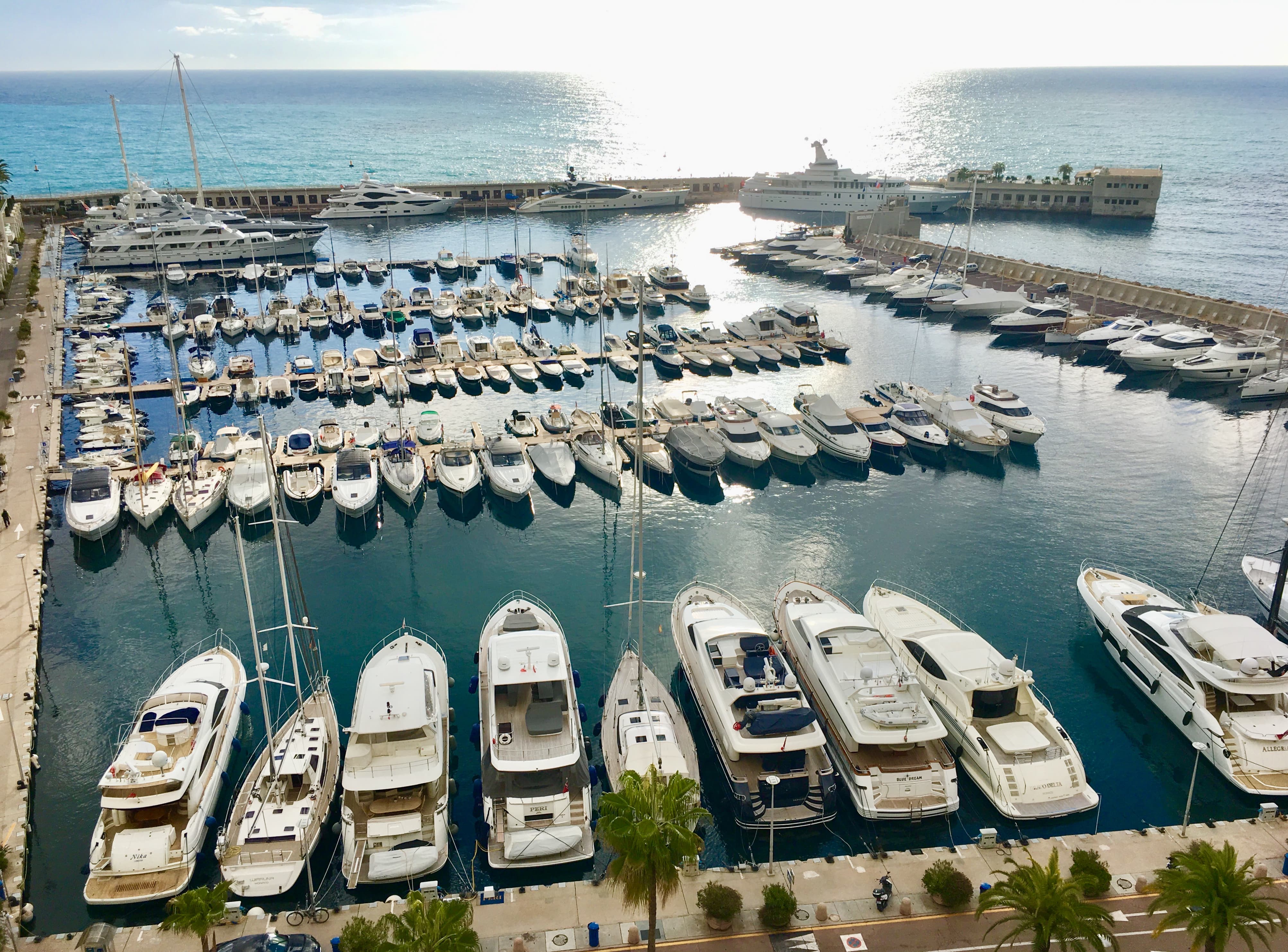 We grabbed breakfast at the hotel and then continued our trip east to the Italian coast. We visited Pisa and Florence that day. Early into the drive, when entering Italy, we joked that it was 11am on January 1st and we had already been to three countries in 2018 (driving between Monaco and Italy requires a brief stint in France).

Overall, our short time in Monaco was a blast. I’m not sure how it compares to the time I rang in New Year’s twice in the same year, but it certainly provided a memorable experience and one that I will never forget. A few days later, we read that Harry and Meghan had also chosen Monaco as their NYE destination. Too bad we didn’t bump into them.

If you are planning a trip to the area, stopping in to this spec on the map would be a solid addition to any itinerary. It is a small but dense place and can be easily seen in a few hours. I hope you get the chance!

Have you been to Monaco? Did you win any money gambling?